Angling Destinations was born from a love of wild places. From Alaska to Baja and from the Bahamas to the Amazon, our founder Scott Heywood has kayaked, climbed and fished, often on extended expeditions to virtually all of the places you have heard of and many you haven't. Before Angling Destinations even had a name, adventurers would contact Scott and ask for advice on a variety of topics, but all pertaining to the places he'd visited around the world. He began leading various expeditions and, as time wore on, climbing and kayaking began to take a backseat to fly-fishing. In the mid-eighties, Scott began to apply the ethics of extreme sports to fly-fishing. He sought out the untouched and the unexplored throwing the then rather staid and stagnant angling community a challenge. “Go out there and see what’s up... It’s a big world!”

The adventuresome took up the challenge and as a result, Angling Destinations was born. 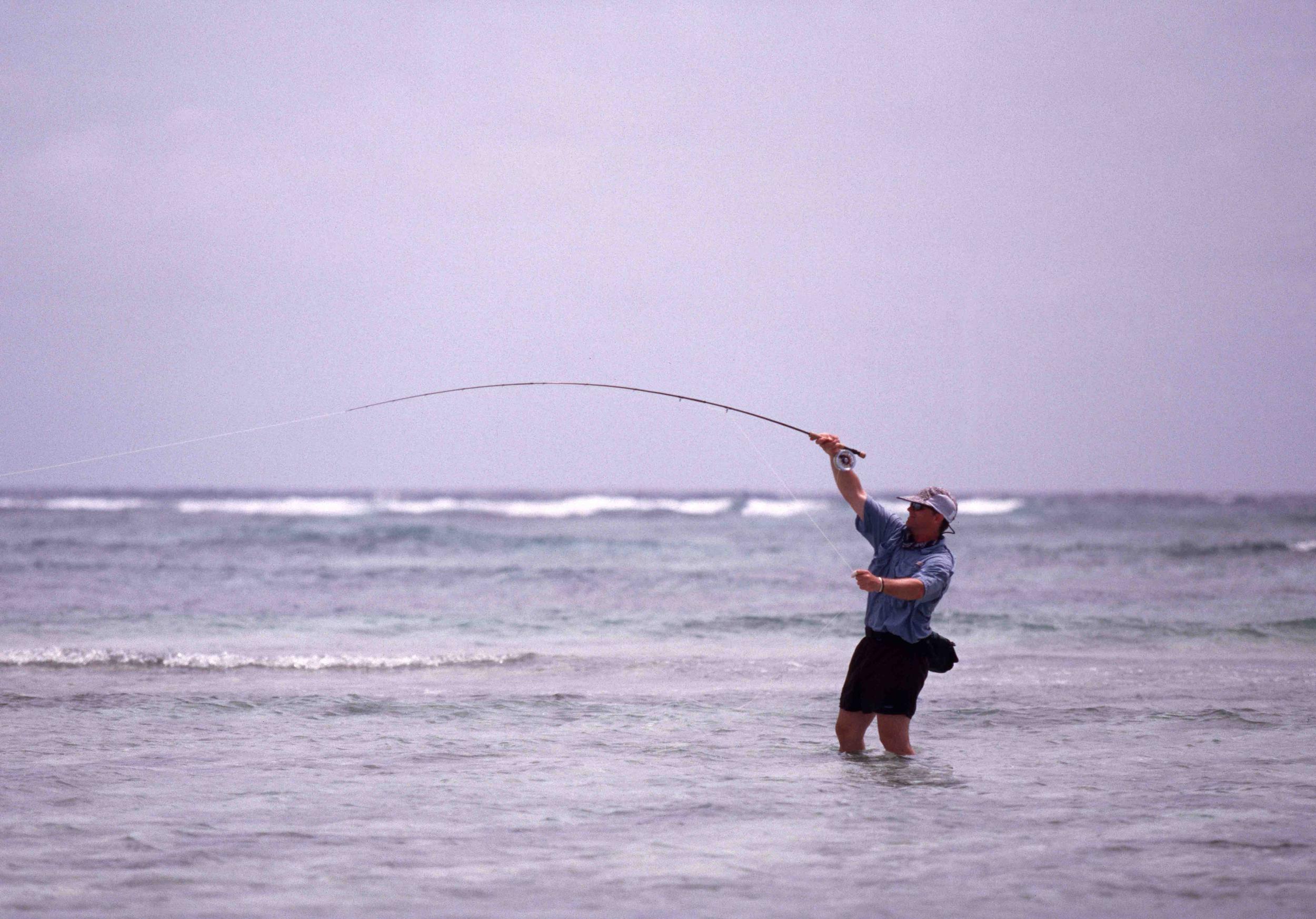 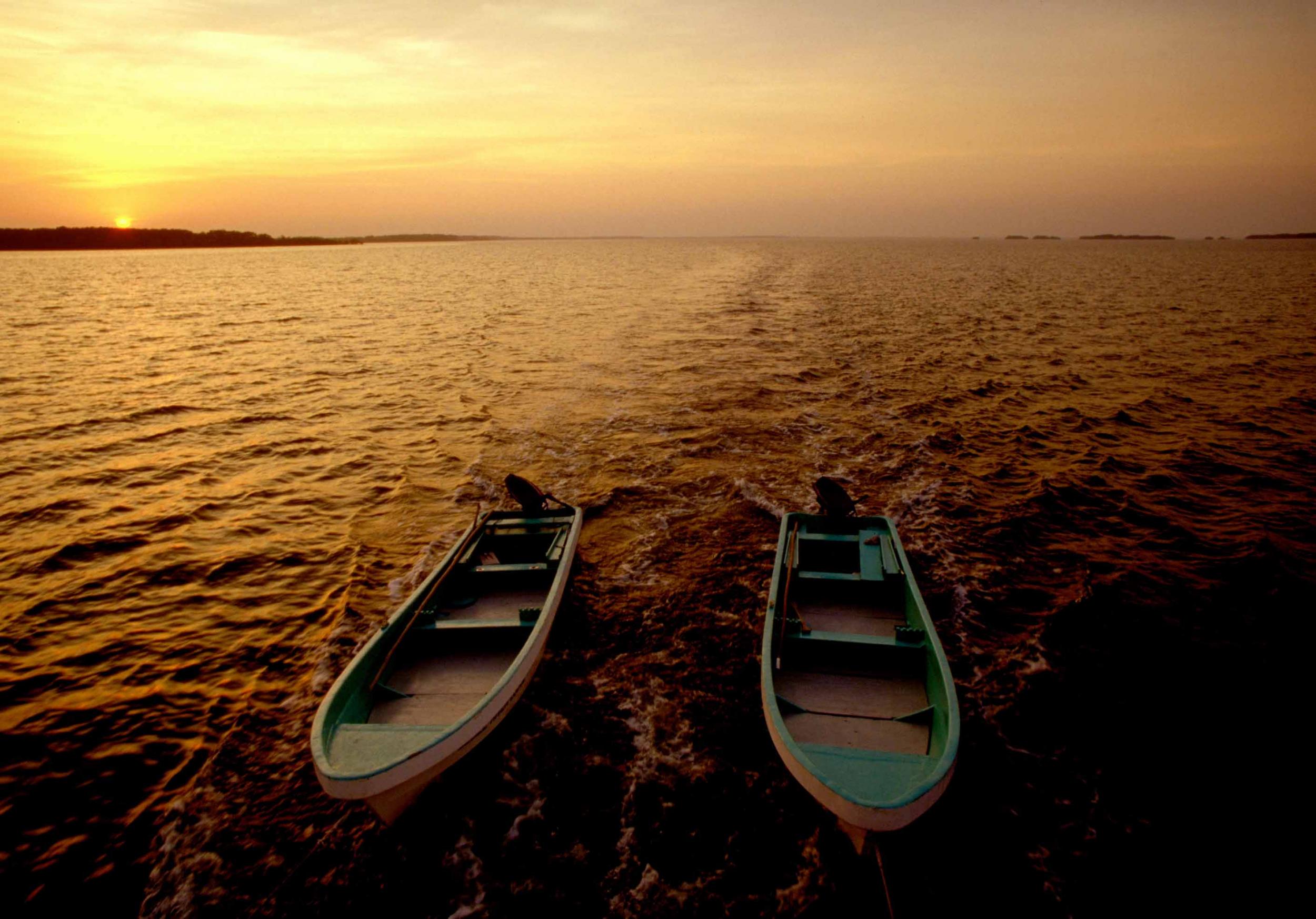 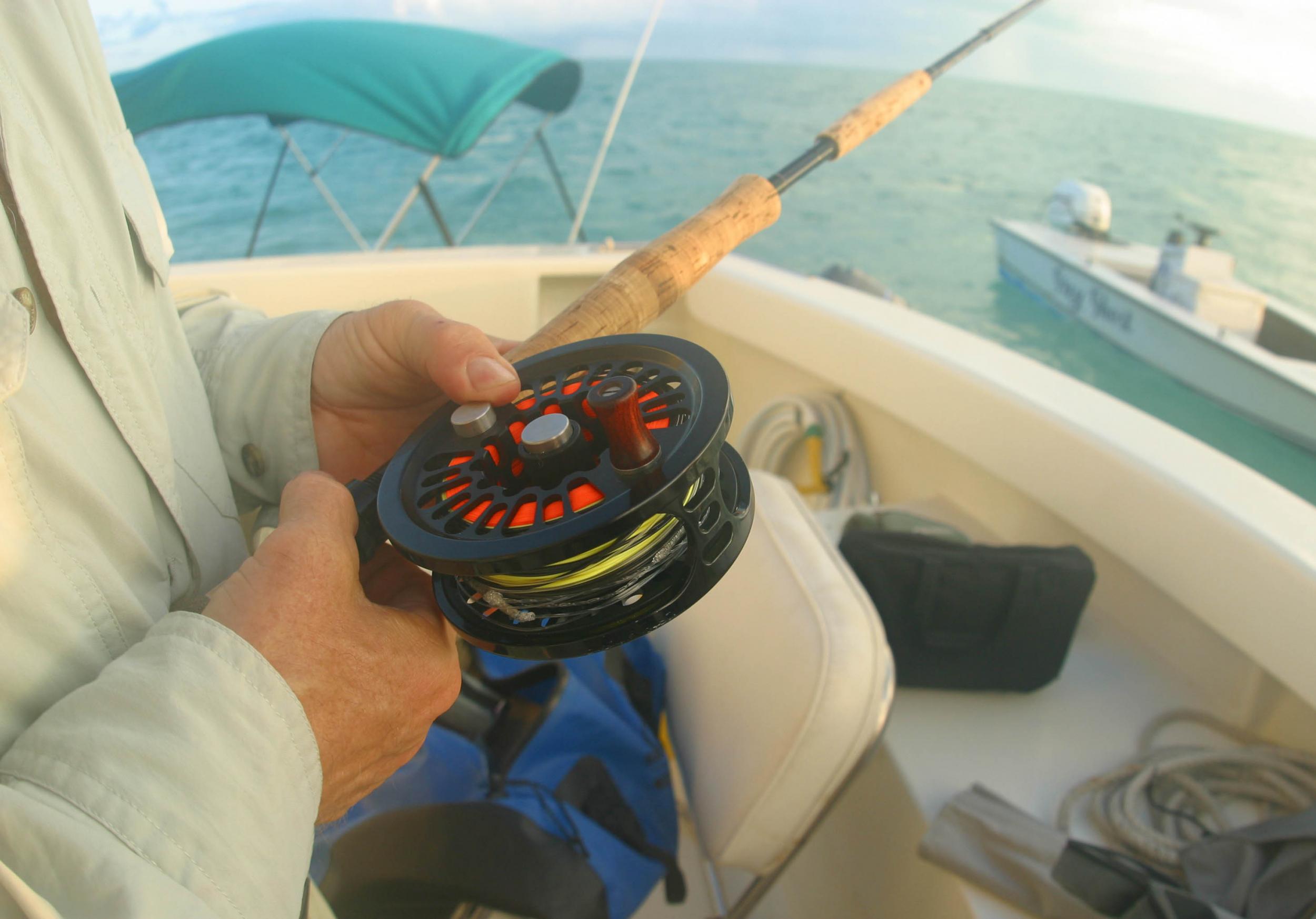 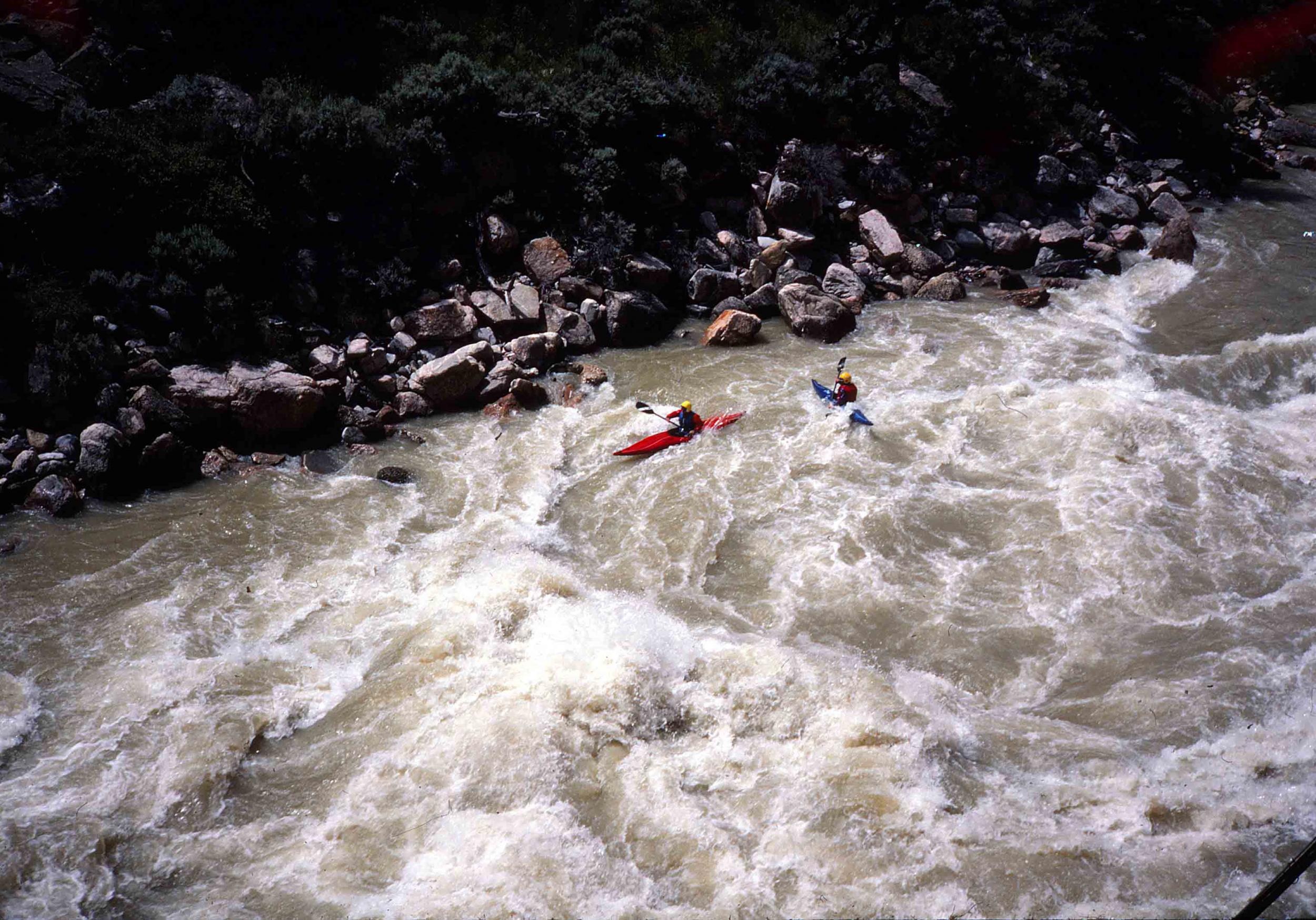 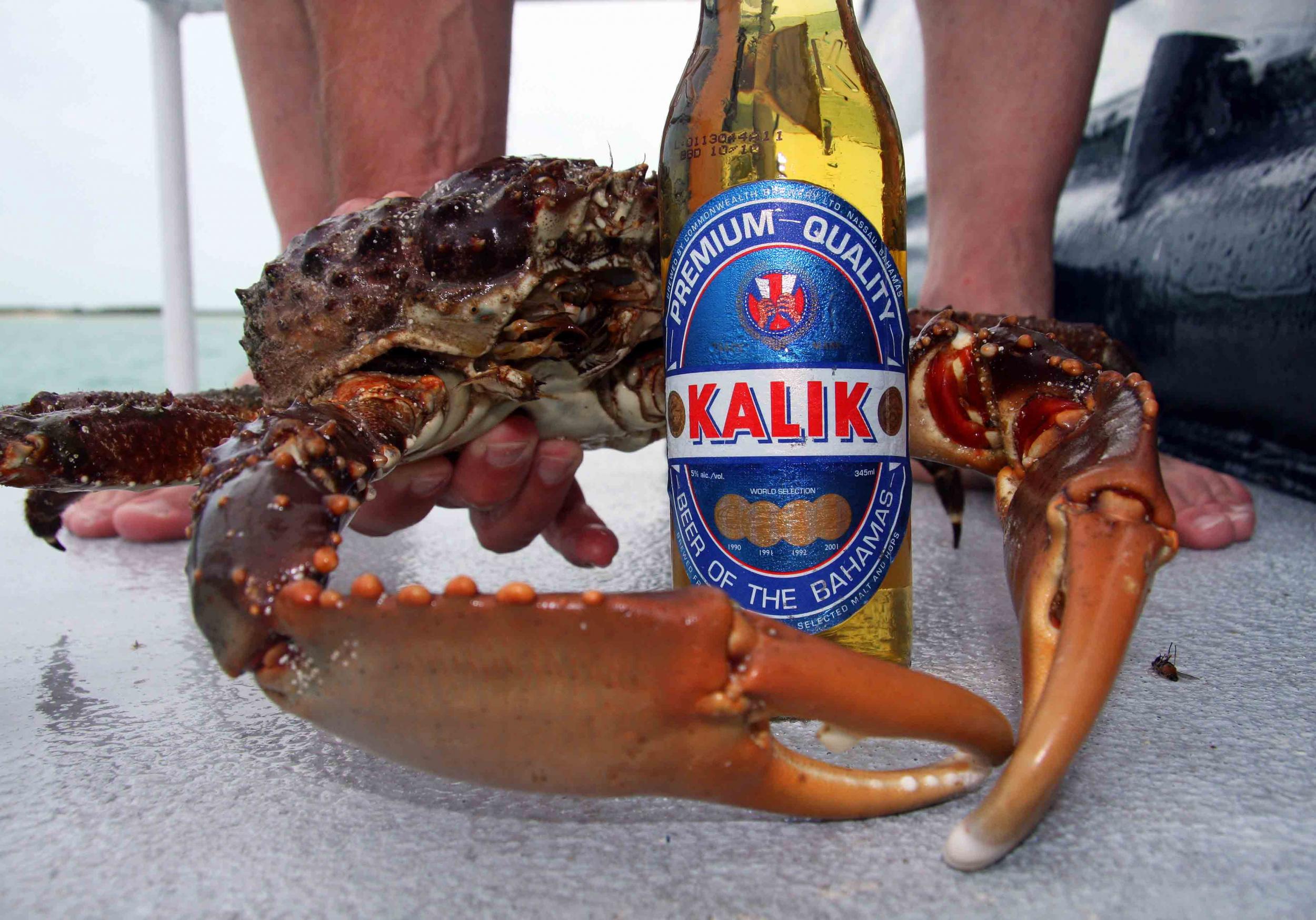 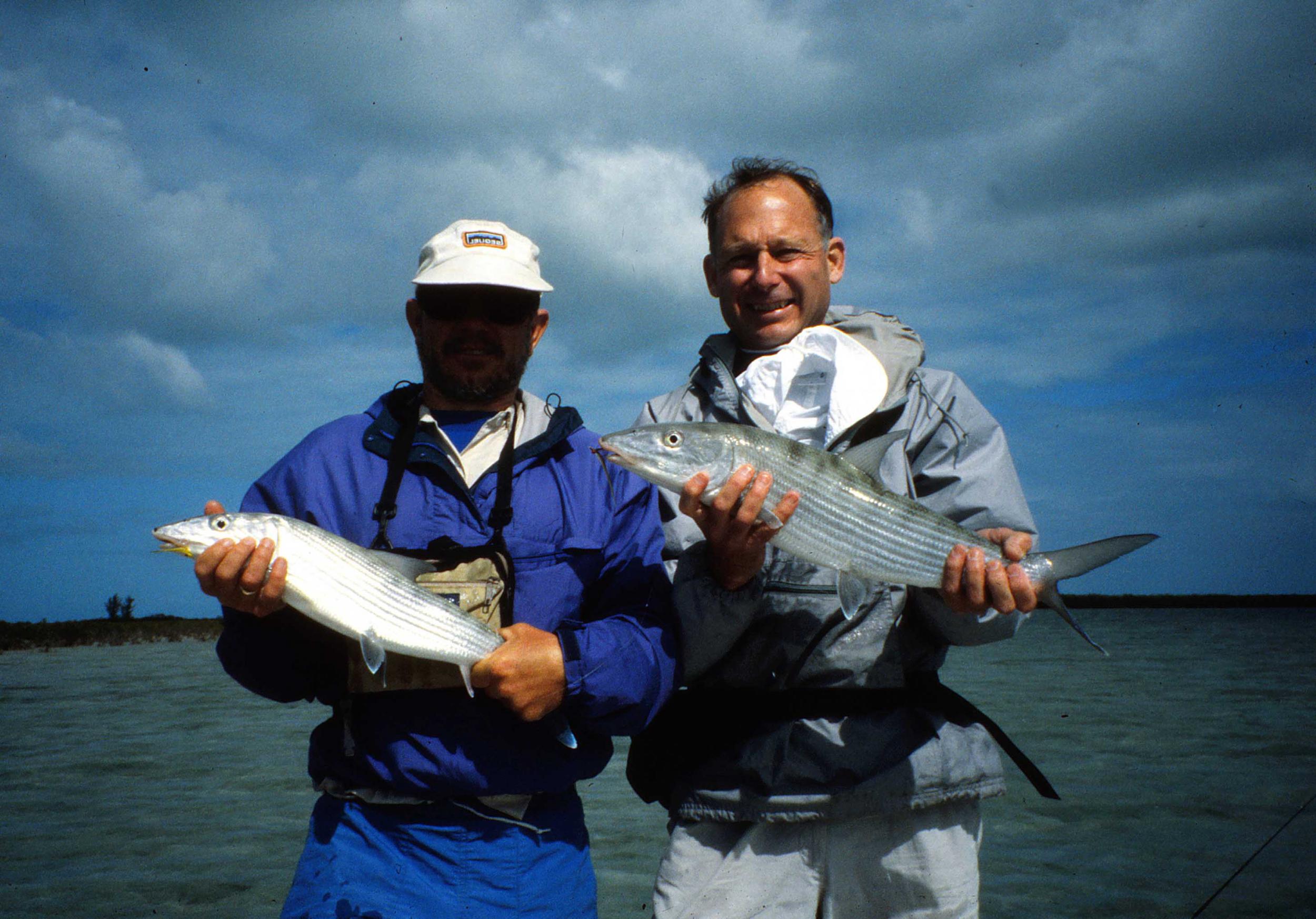 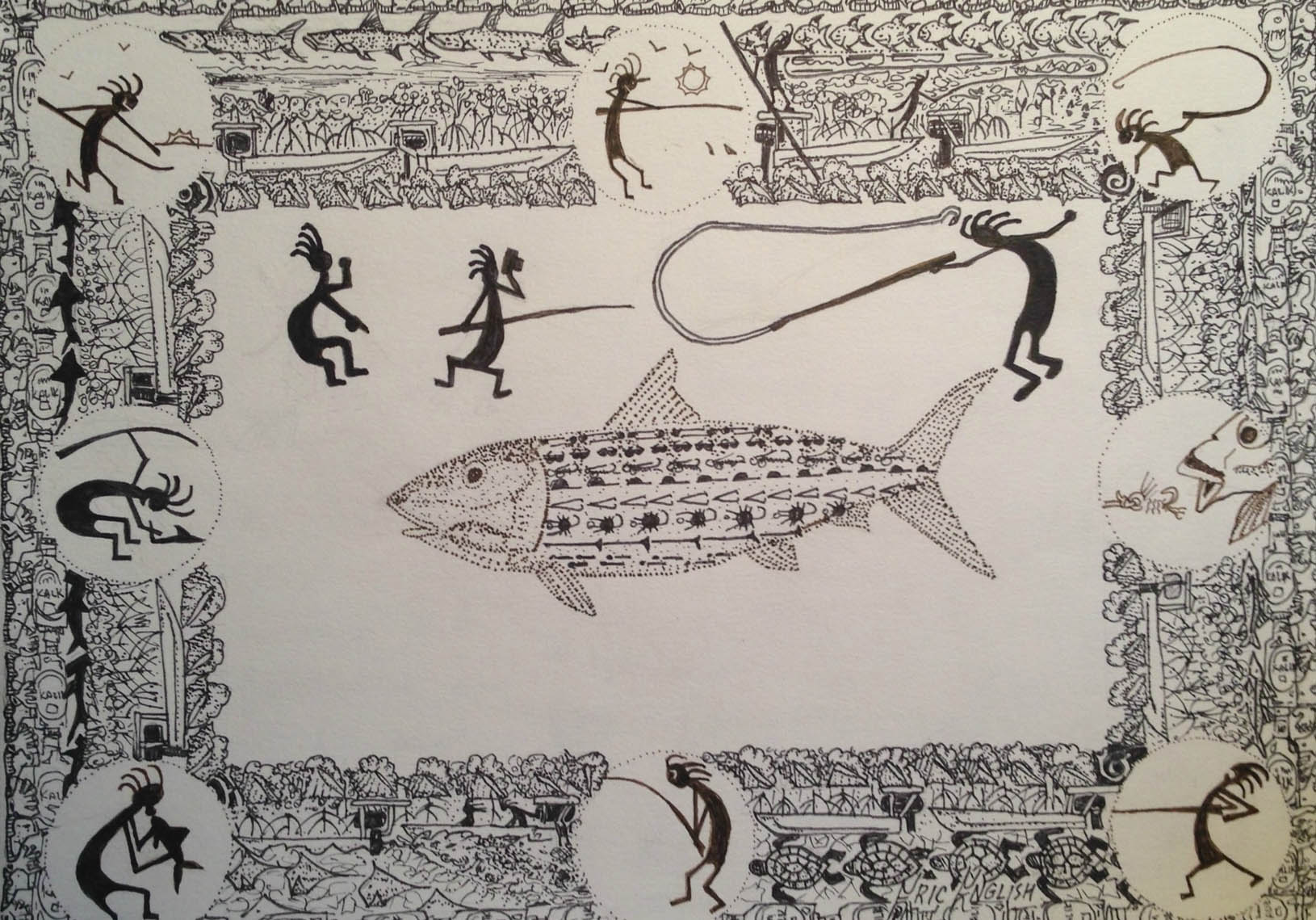 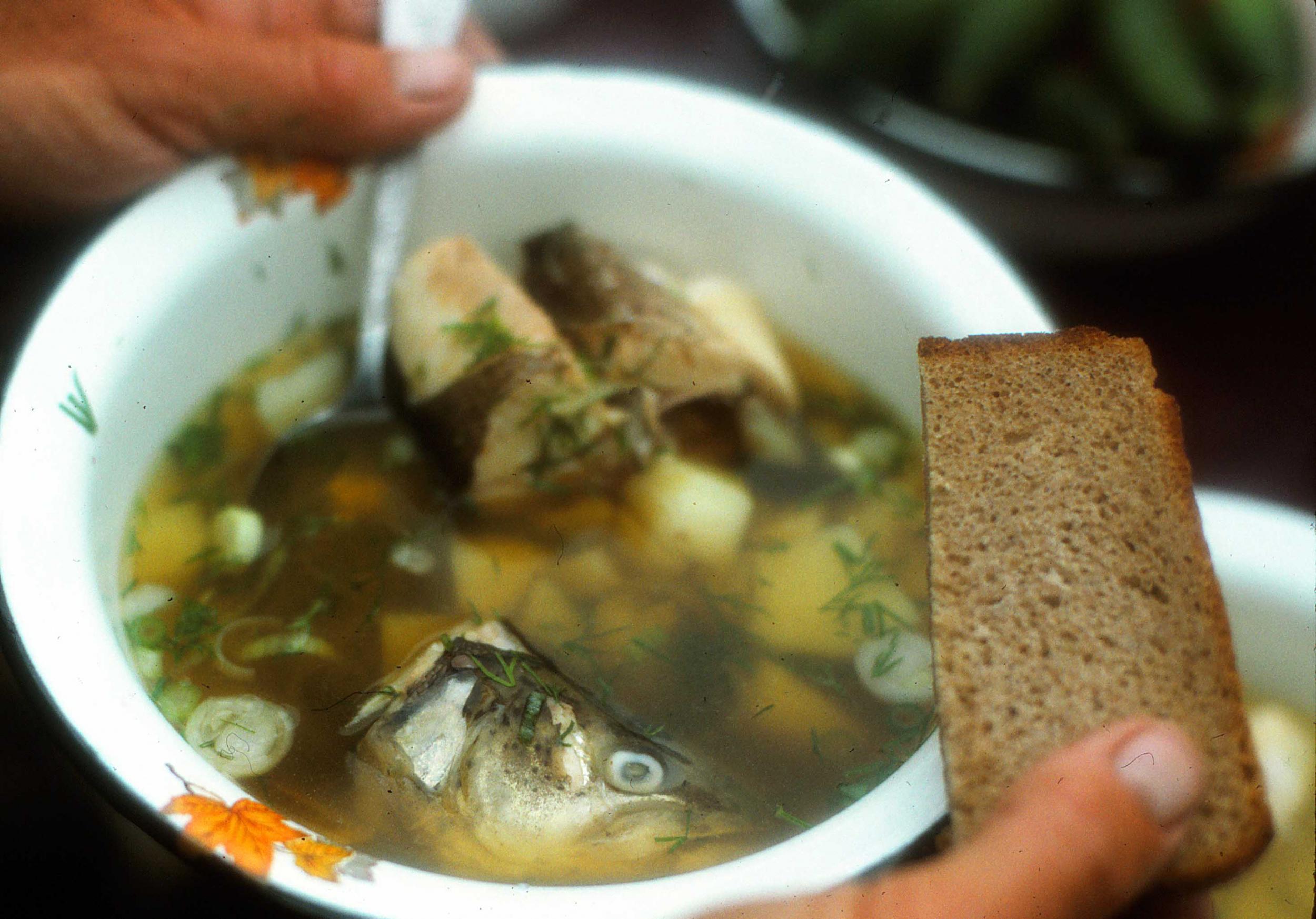 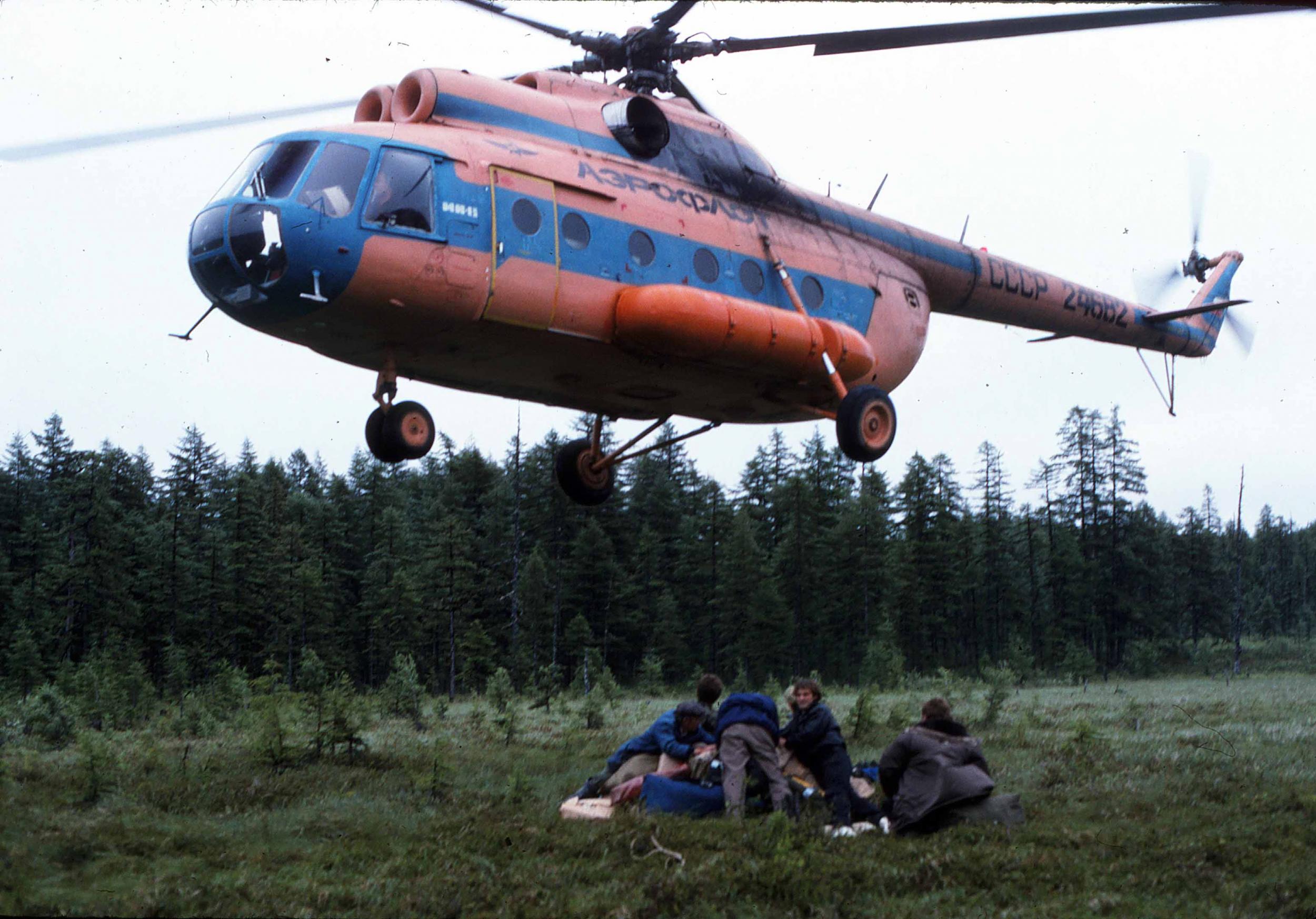 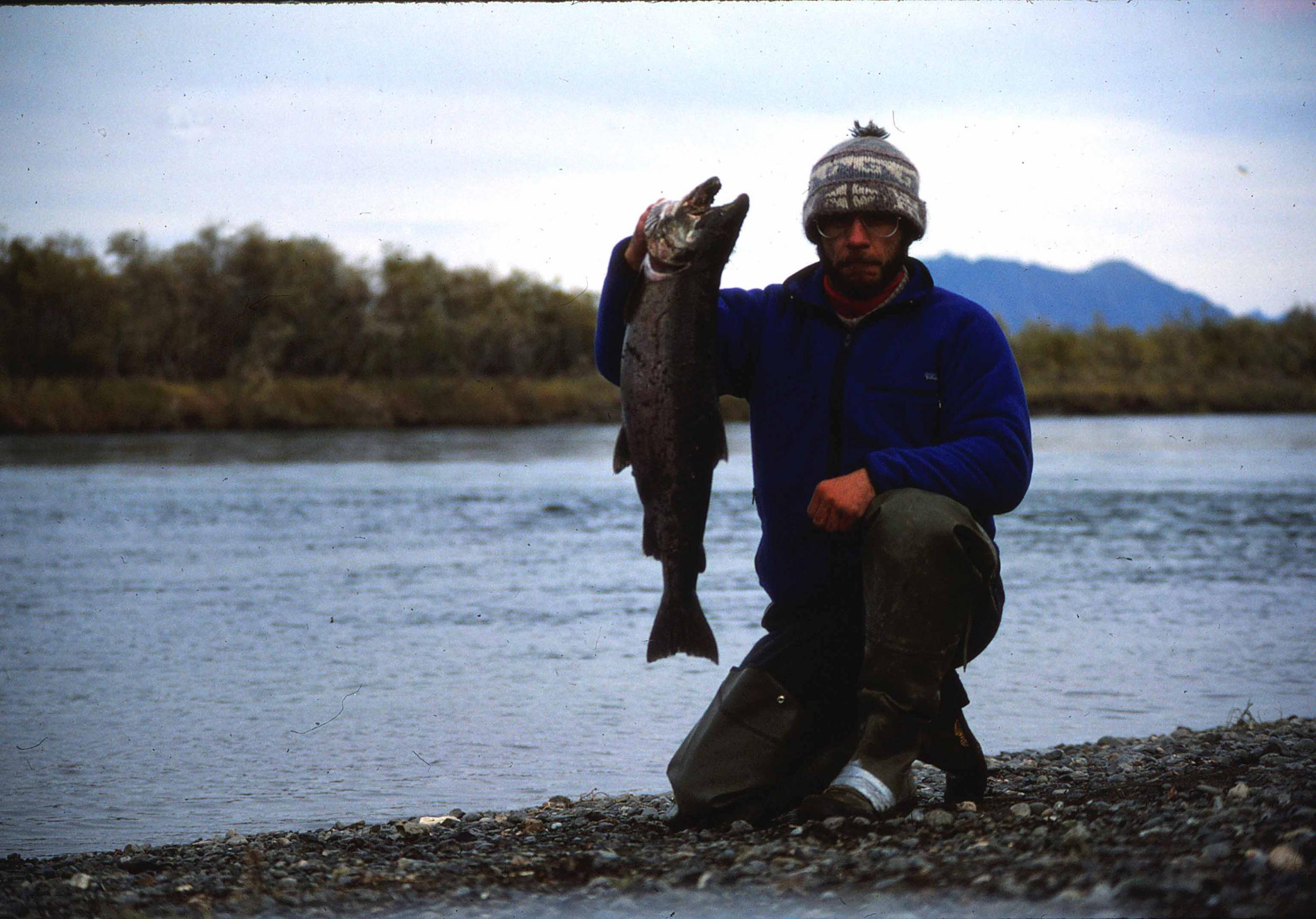 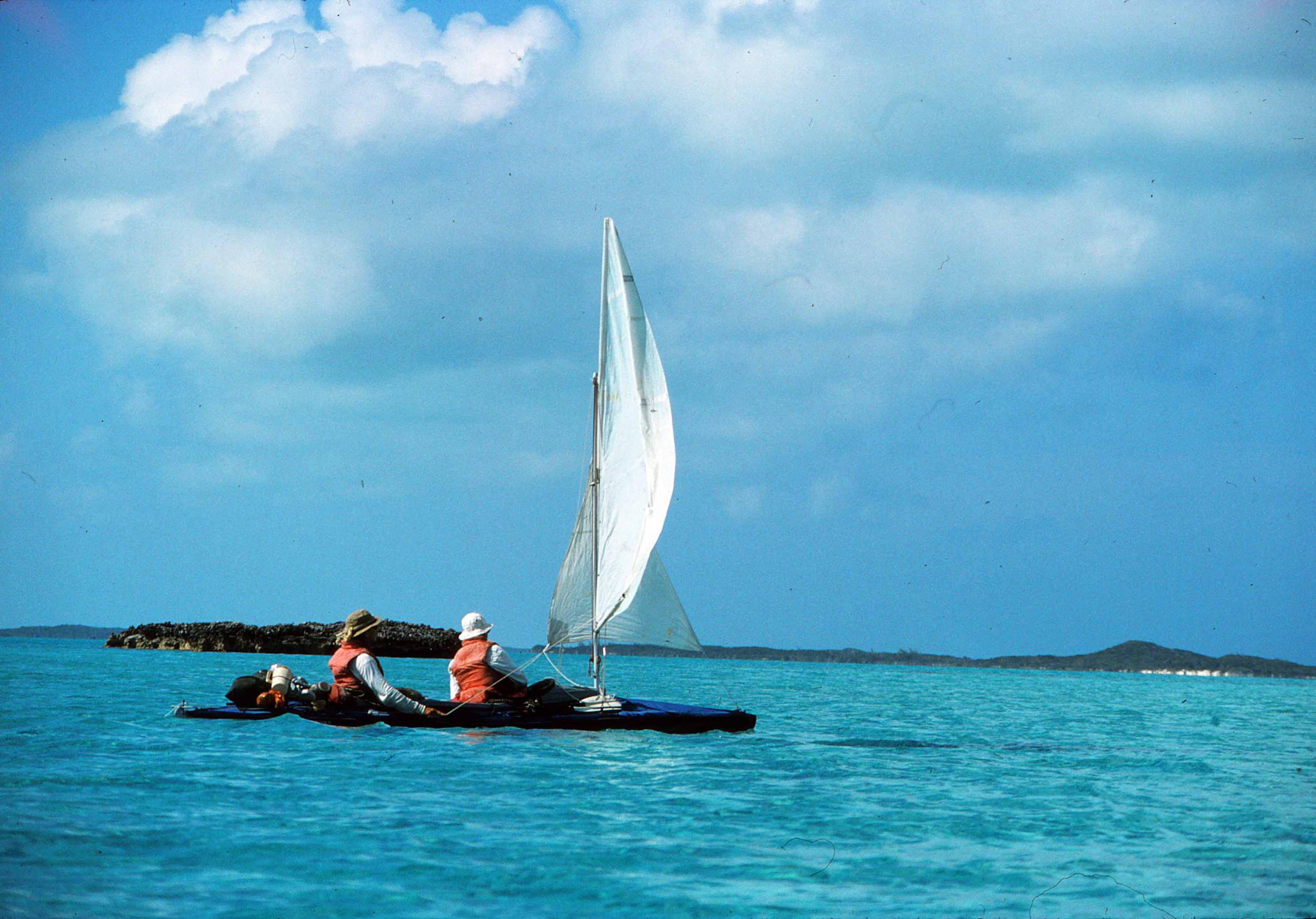 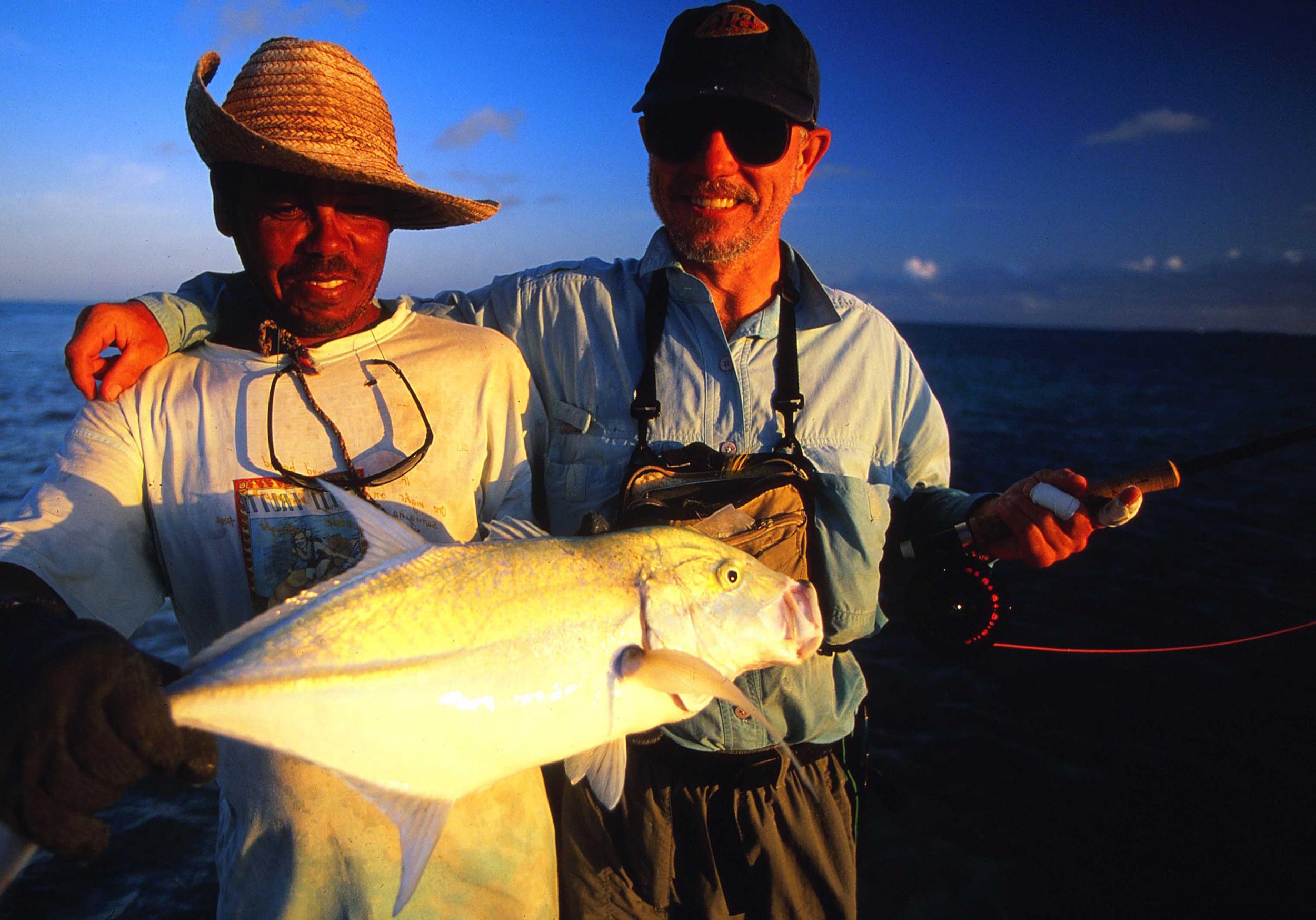 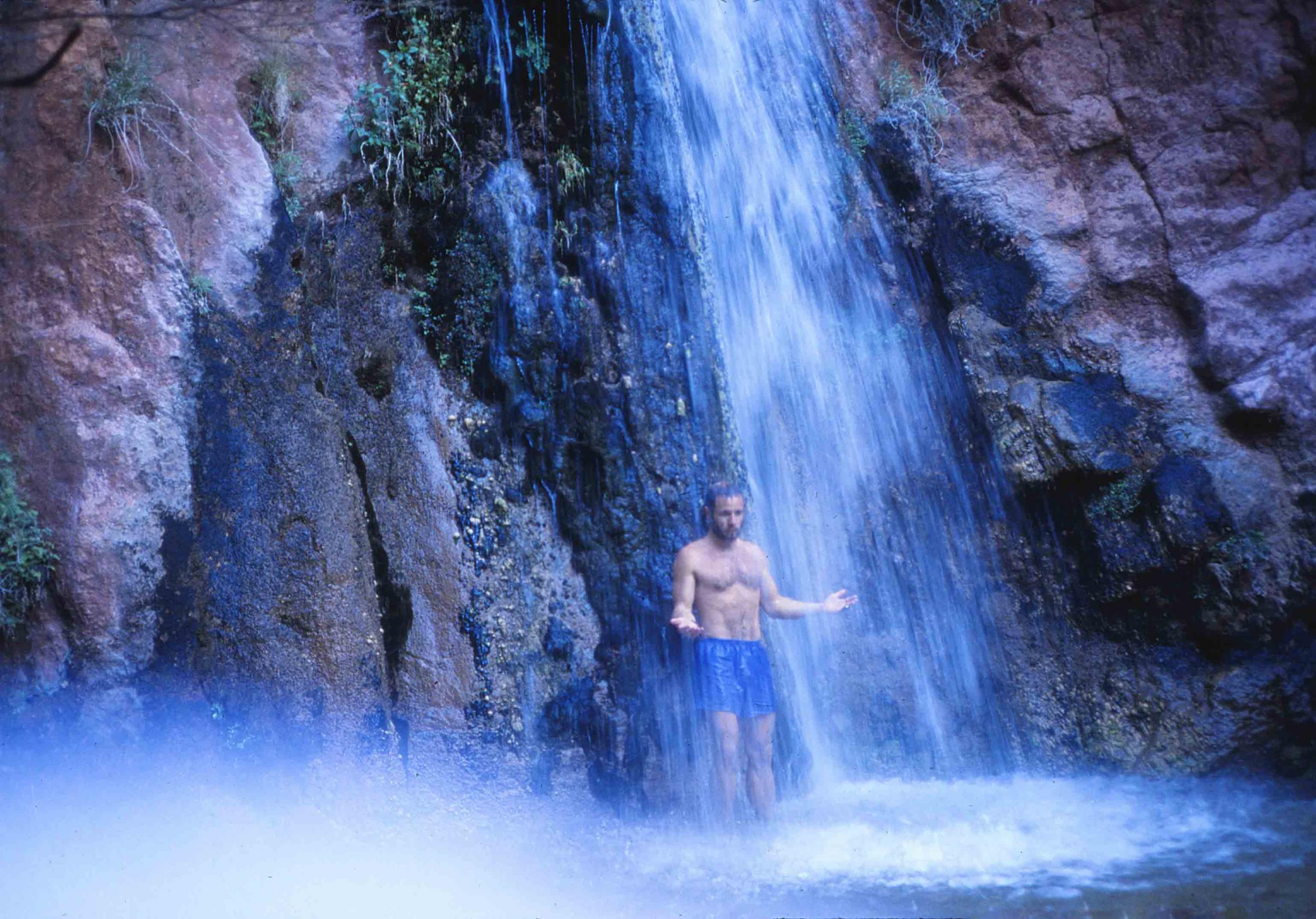 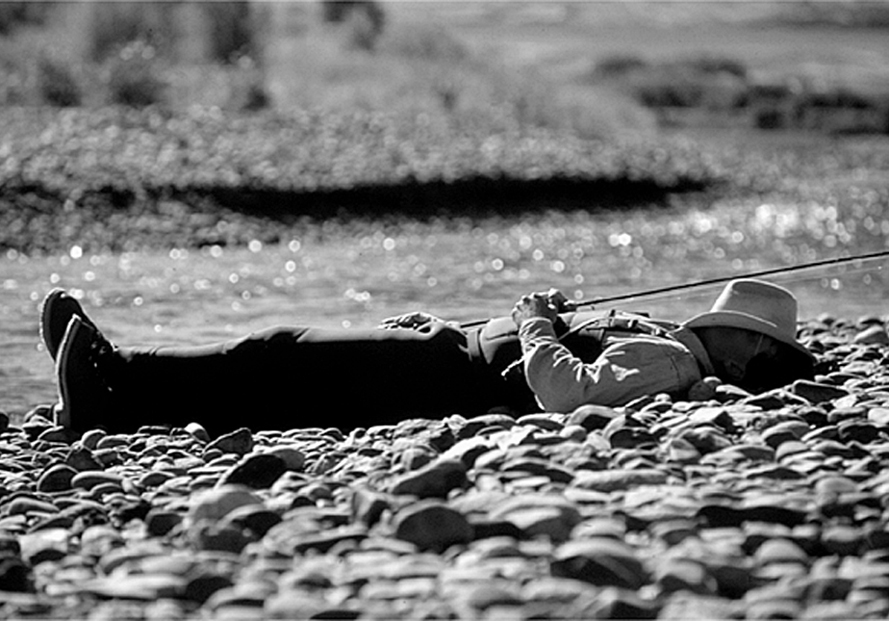 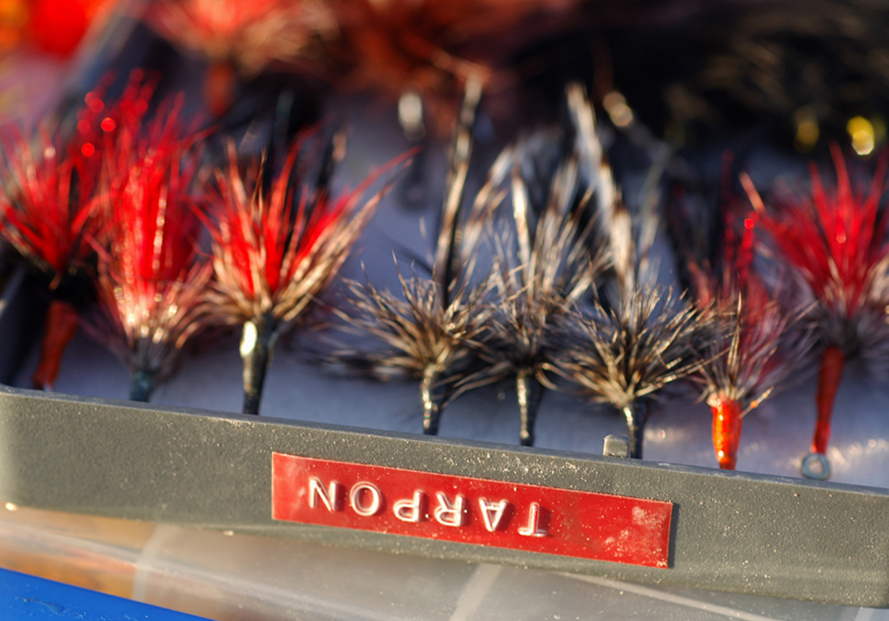 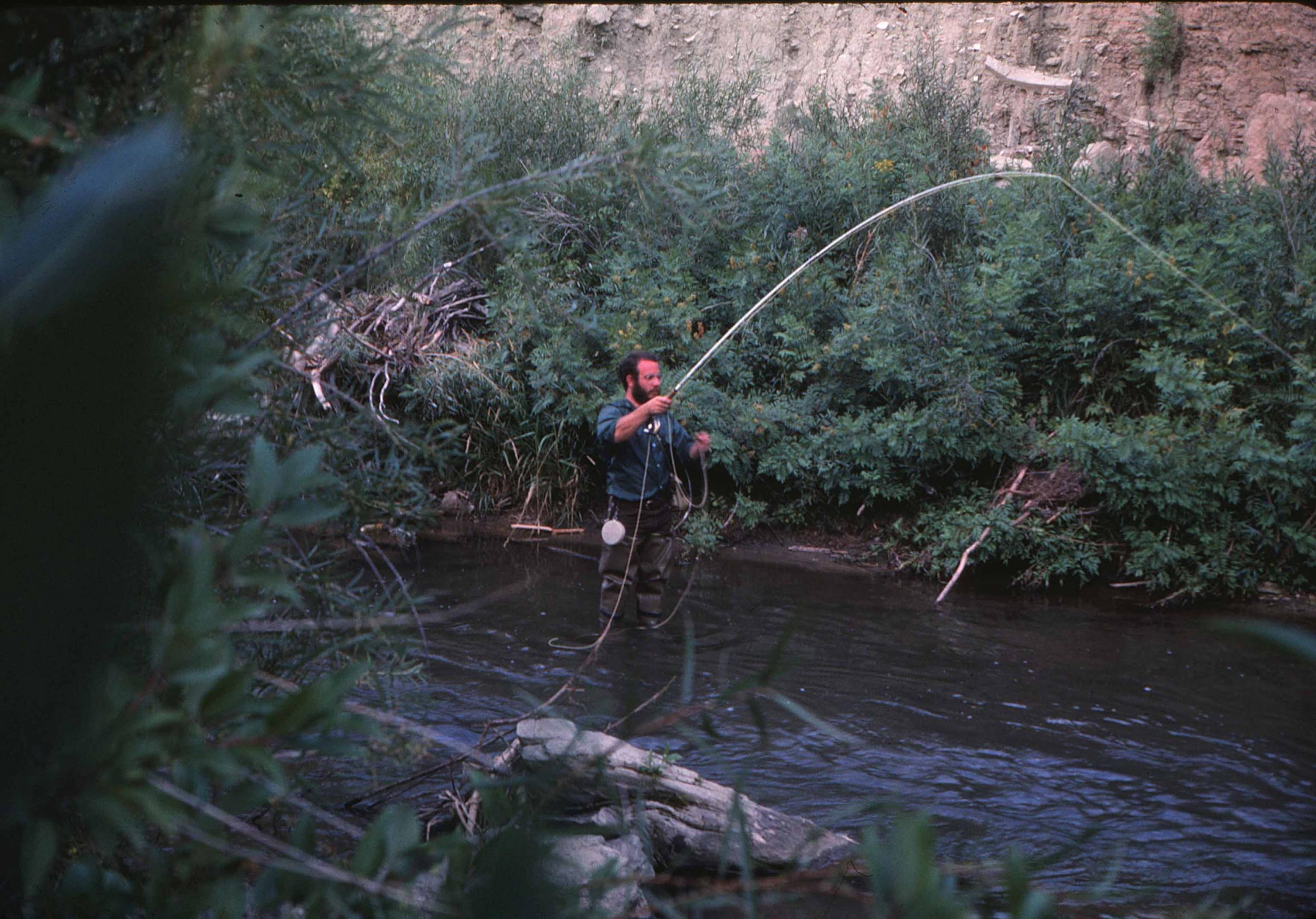 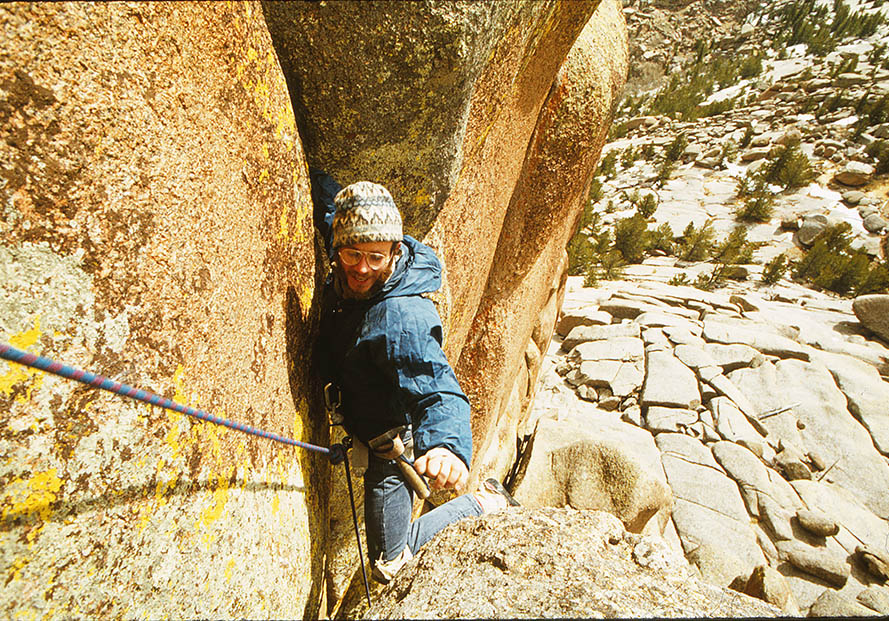 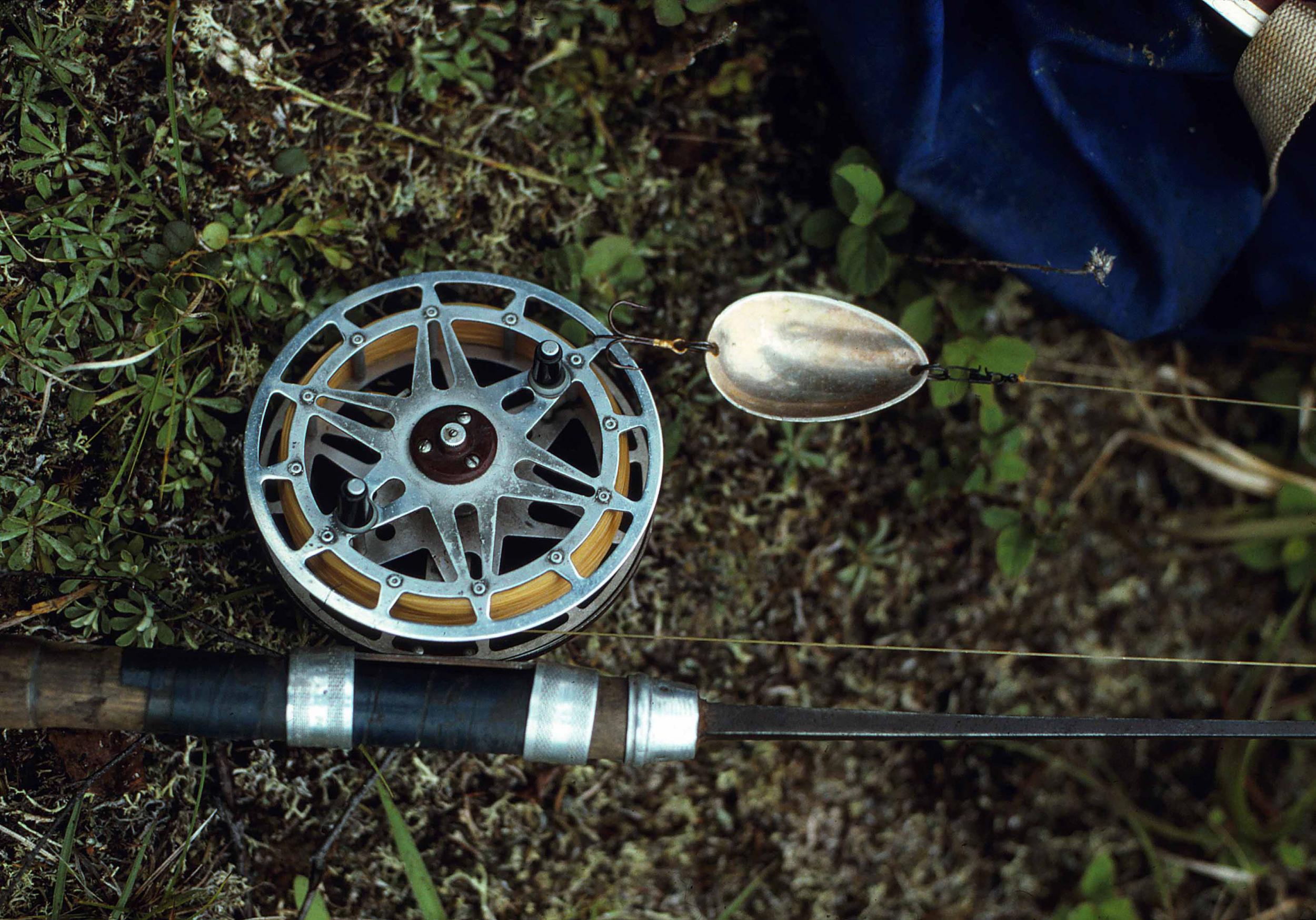 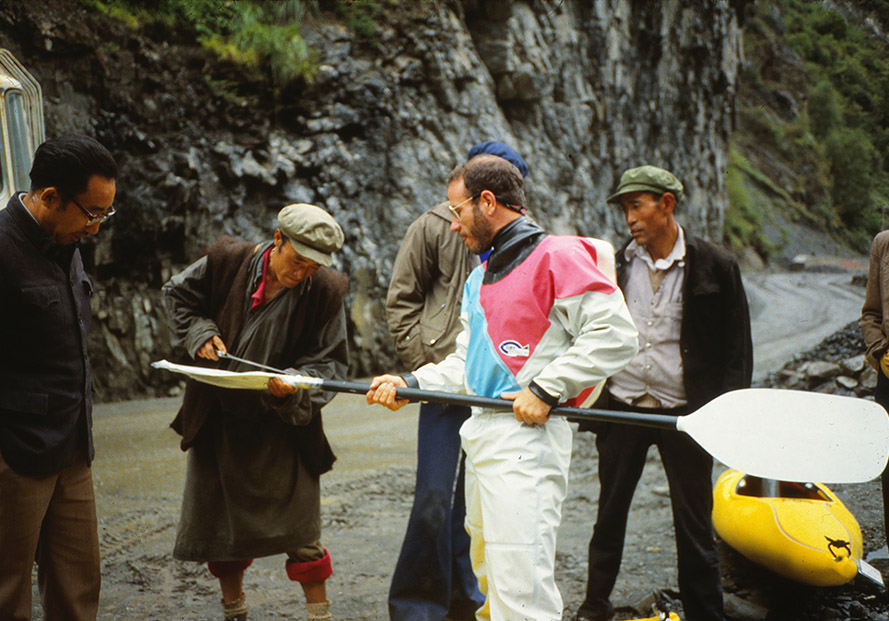 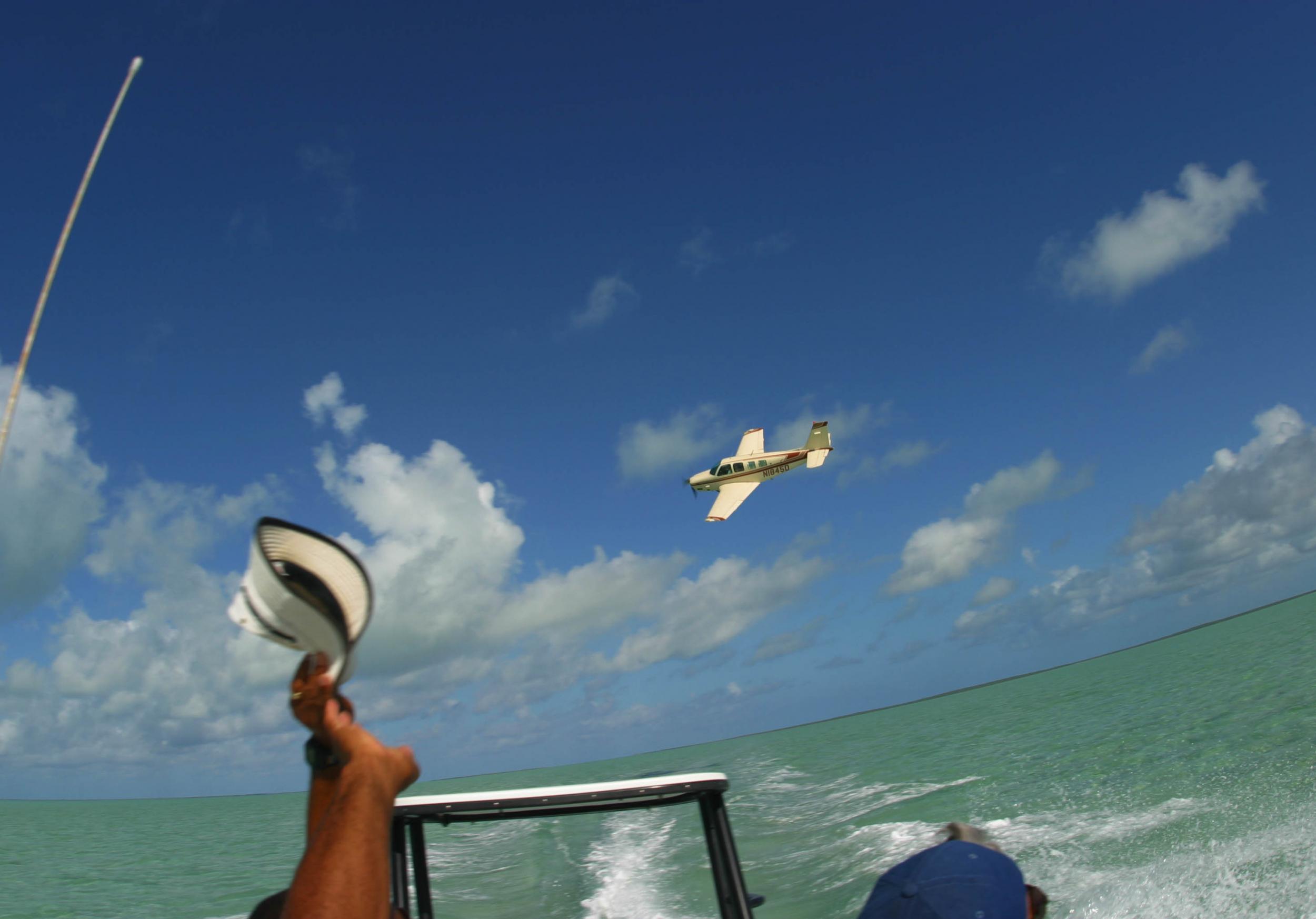 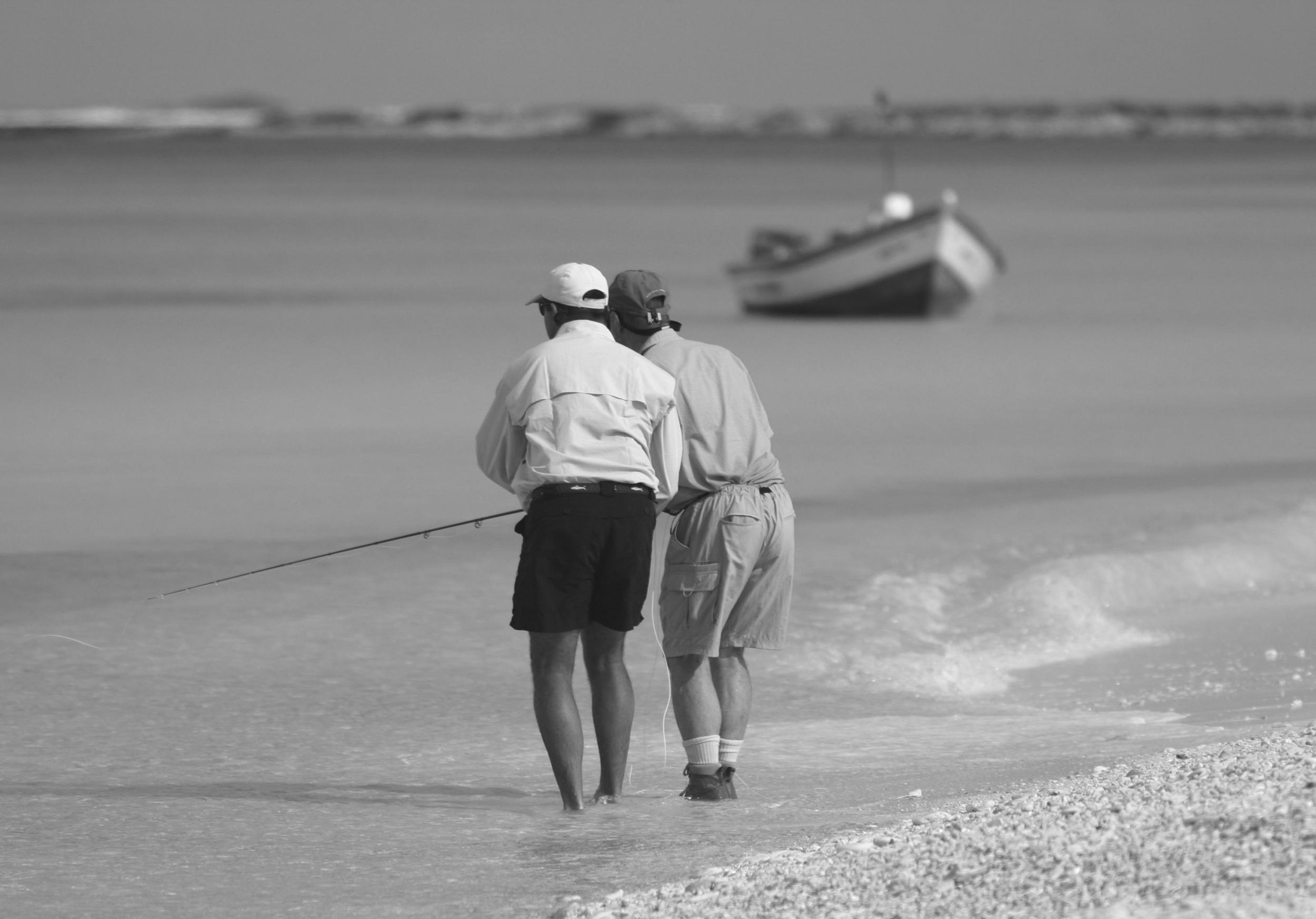 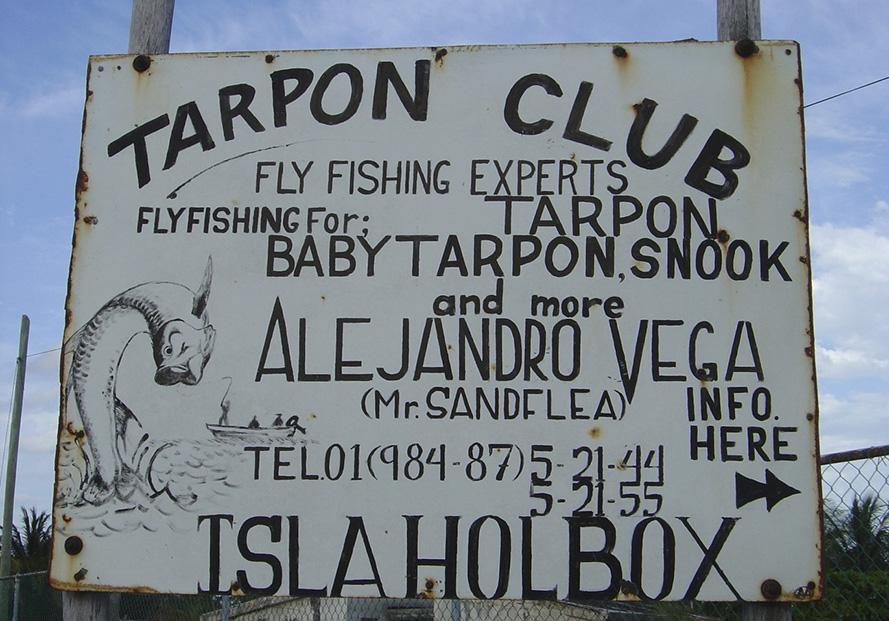 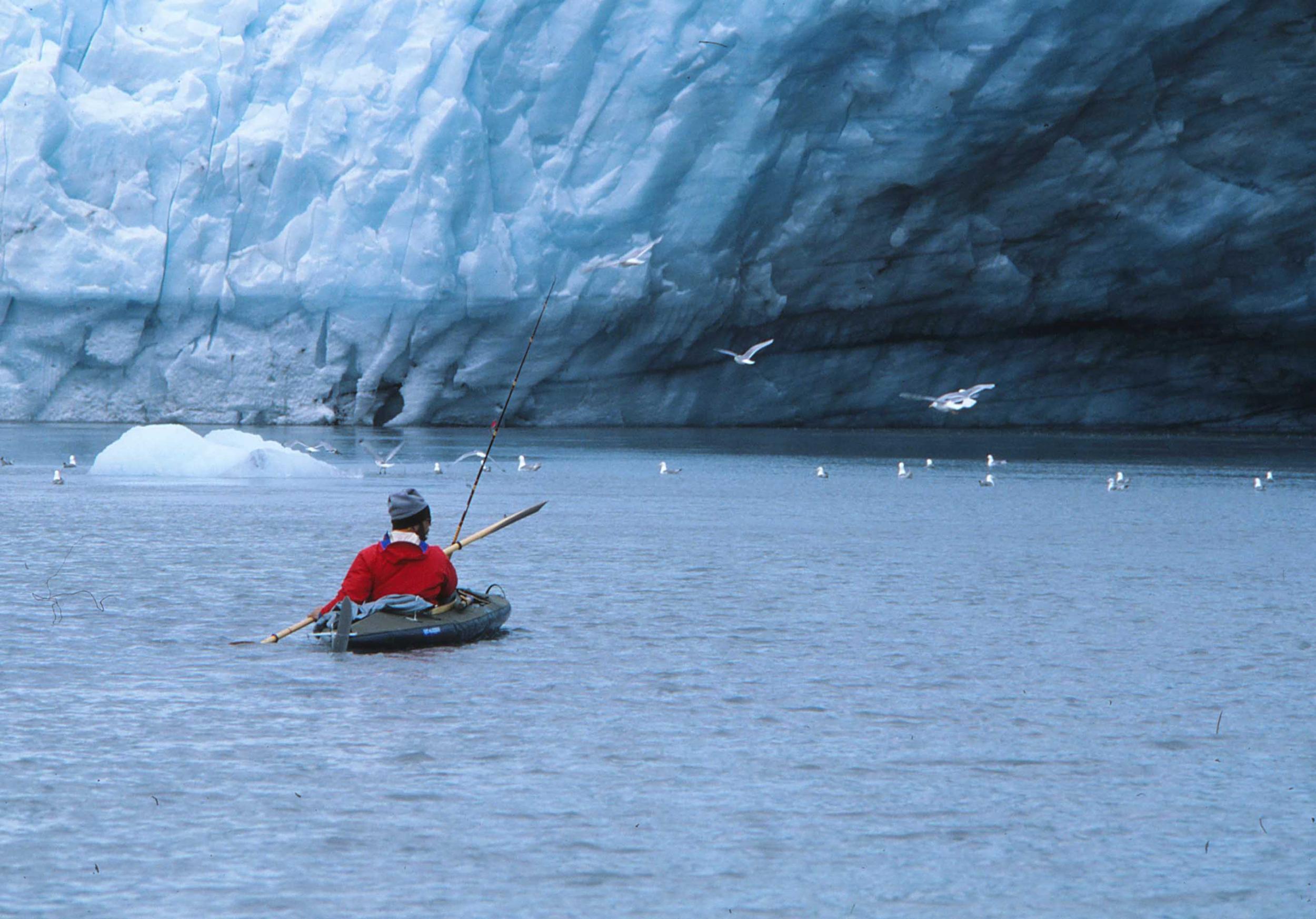 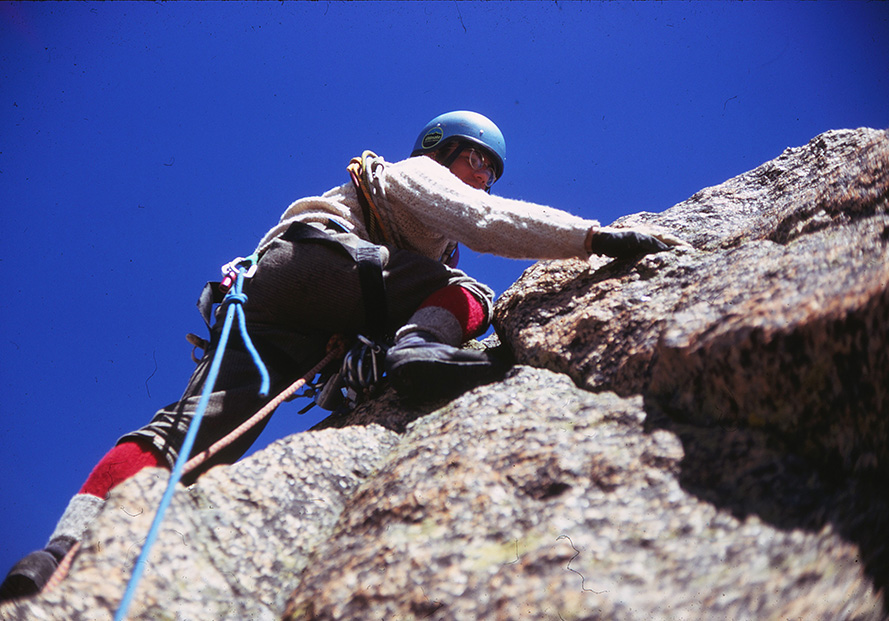 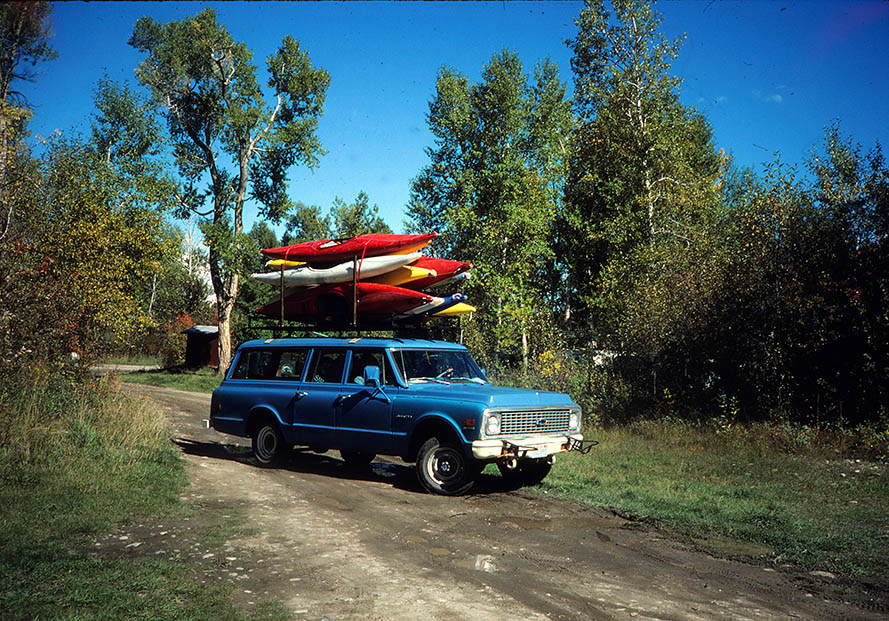 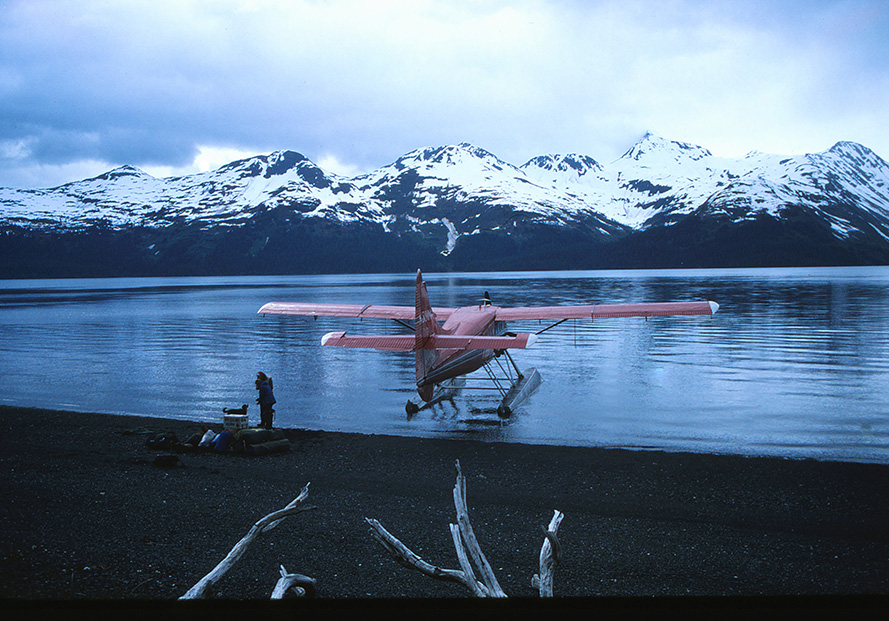 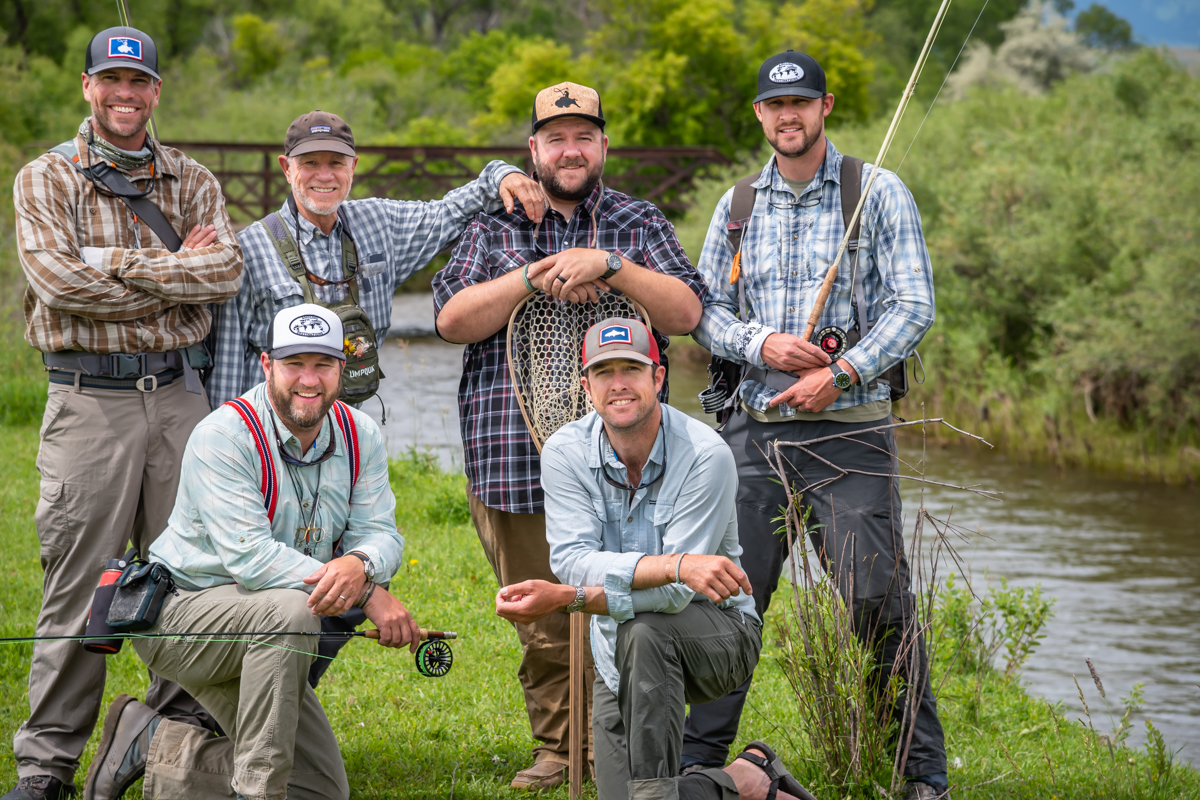 With a background in climbing and kayaking dating back to the 1970s, Scott always had a fly rod with him on any wilderness adventure. Having been a fly-fisherman from an early age, mountain streams, coastal rivers, and ocean flats were an integral part of the scenery he explored with a fly rod at the conclusion of a climb, whitewater run or day on the sea. Scott passionately sought out the unknown and based on his exploratory resumé was, in 1986, inducted into the prestigious Explorers Club. Shortly thereafter, in 1989, when climbing and paddling began to take a back seat to fly fishing, Angling Destinations was formed. Scott has spent the last thirty-plus years seeking out the latest and greatest fly-angling destinations. He's hardly in the office as he's usually wandering off to far-flung places hosting groups of anglers to a veritable "everywhere" worth traveling to with a fly-rod.
Contact Scott

The only member of our team to have been struck by both a rattlesnake and a stingray, Clark recommends neither. However, if he chose to stay home to avoid such encounters he wouldn’t have very many interesting stories to tell - plus nobody believes his stories anyway. Clark fostered his luck with a fly rod and bad luck with wild fauna in western Colorado where he learned to fly-fish at a young age. He was raised on the banks of the Roaring Fork, Frying Pan, and Gunnison Rivers. The son of two teachers, education was a pivotal ingredient in Clark’s upbringing and remains so today as evident in his passion for teaching the art and sport of fly-fishing. Clark has been guiding trout anglers in central-Wyoming since 1998 and in the early 2000s, he took over Rock Creek Anglers, our local fly-fishing guide service, and outfitter. Recently, he joined forces with the Fly Shop of the Bighorns and through that transaction also acquired Angling Destinations. While Clark has fished in fabled locals such as New Zealand, Belize, Mexico, Argentina, and Chile, he has also spent time traveling to places where other seasoned anglers don't. He has caught exotic fish species and avoided exotic other species in India, Myanmar, Thailand, Mongolia, Fiji, and Cambodia, to name a few. Clark’s passion for travel is noticeable from the moment you engage him in conversation. He’s often discussing far-flung destinations tucked in some of the most remote corners of the globe and the dangerous creatures that reside in said locals. Clark brings a sense of humor, enthusiasm for exploration, and thirty-plus years of fly-fishing everywhere he goes.
Contact Clark

Born and raised in the Green Mountains of Vermont, Cole began fly-fishing at age 12. He attended Penn State University in order to continue his fly-fishing education on the spring creeks throughout central Pennsylvania. He spent his college summers guiding for Rock Creek Anglers in Wyoming where he relocated after graduation. After 17 years of guiding in the rocky mountain west, Cole joined forces with Clark in forming Angling Destinations' trio of angling companies. During his guiding heyday, Cole spent many an off-season honing his angling skills in Argentina, Belize, British Columbia, Chile, and Mexico. He even invented a fly-rod-rack for his bike and rode it from Wyoming to Tierra Del Fuego, caught one sea-run brown (on a worm pattern) turned around and came home. During his adventure, he caught 23 other species of fish! Cole’s desire to travel with a fly rod is nearly as impressive as his sarcasm (reference his bike trip - wink).
Contact Cole

Hailing from the Palmetto State, Miller Anderson was born and raised in Charleston, South Carolina where he cut his teeth on the bow of a flats skiff chasing redfish in the Low Country marshes of the Carolina coast. While attending college at The Citadel, and shortly after watching one too many Clint Eastwood westerns, Miller was overcome by the classic yearning of wanting to head west. He found that opportunity in Colorado where he secured work as a trout fishing guide at the Vista Verde Ranch near Steamboat Springs. The seasonality of working as a trout guide allowed ample opportunities for Miller to enhance his resume of fishing destinations. Miller has applied his ever-growing  fly-fishing skillset in hundreds of locations in the Rocky Mountain west as well as in Chile, Mexico, and Belize. After seven guide seasons in Colorado, Miller shifted gears and joined the Angling Destinations’ team late in 2021. He has been “holding down the fort” and organizing client’s travel logistics with a reliable, straight-forward, and highly organized approach ever since.
Contact Miller

A native-born Cowboy (that's what people from Wyoming are called), Chaz resembles nothing of an actual cowboy except that he's outright the toughest guy in the room and also has a passionate affinity for gourmet coffee. Having grown up fond of the outdoors, Chaz has logged countless hours hunting, fishing and whitewater rafting. He's worked both as a white-water guide and a fly-fishing guide and logged a number of seasons guiding in back-country Alaska. He's now the glue that holds all things Fly Shop of the Bighorns together. He knows the name of pretty-much every fly available, can, like a chemist, match fly-rods with multiple appropriate fly-lines and he ties custom flies that are as tough, if not tougher than he is. He can be found daily in historic downtown Sheridan where he's offering sound and up-to-date advice on all of our area's fisheries as well as managing our full retail "Fly Shop"!
Contact Chaz