Back to top
In baseball, hit a Grand Slam and it scores four runs... so in my version of a Wyoming Grand Slam you need to catch at least four fish: one on a nymph, a streamer, a "tiny" dry fly and depending on the river and the time of year, one on a terrestrial or a mouse. (Remember it's my game so I make the rules.) To qualify, a fish must be over 16 inches (again it's my game).
Now, I only play this game when the fishing is really good. I'll go for it when I've had enough success that I'm willing to play around a bit. If I'm having a hard time... maybe I'm only picking up one here and there, I stick with what's working. Not only do I decide the rules, I decide when the game is played! 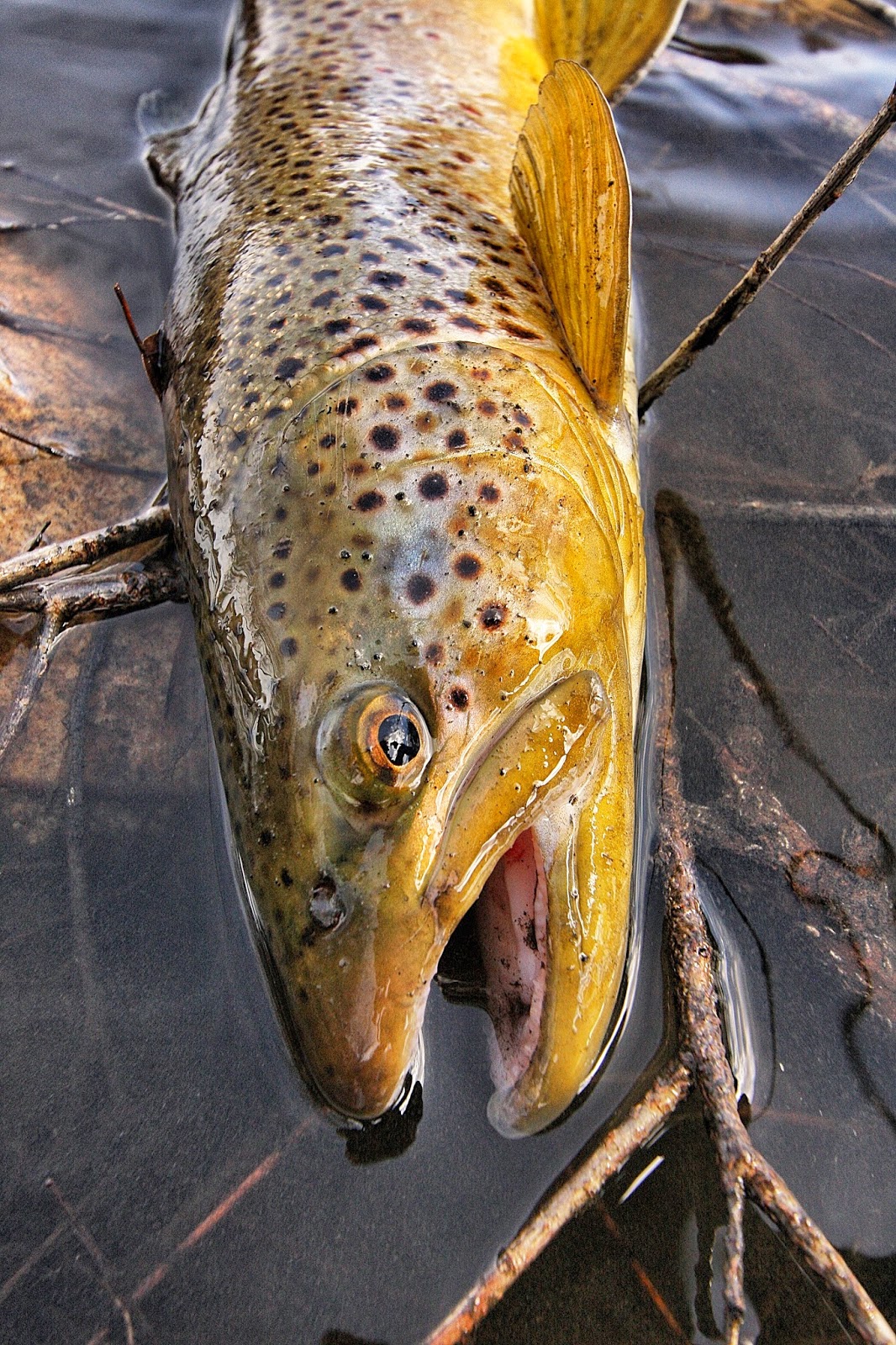 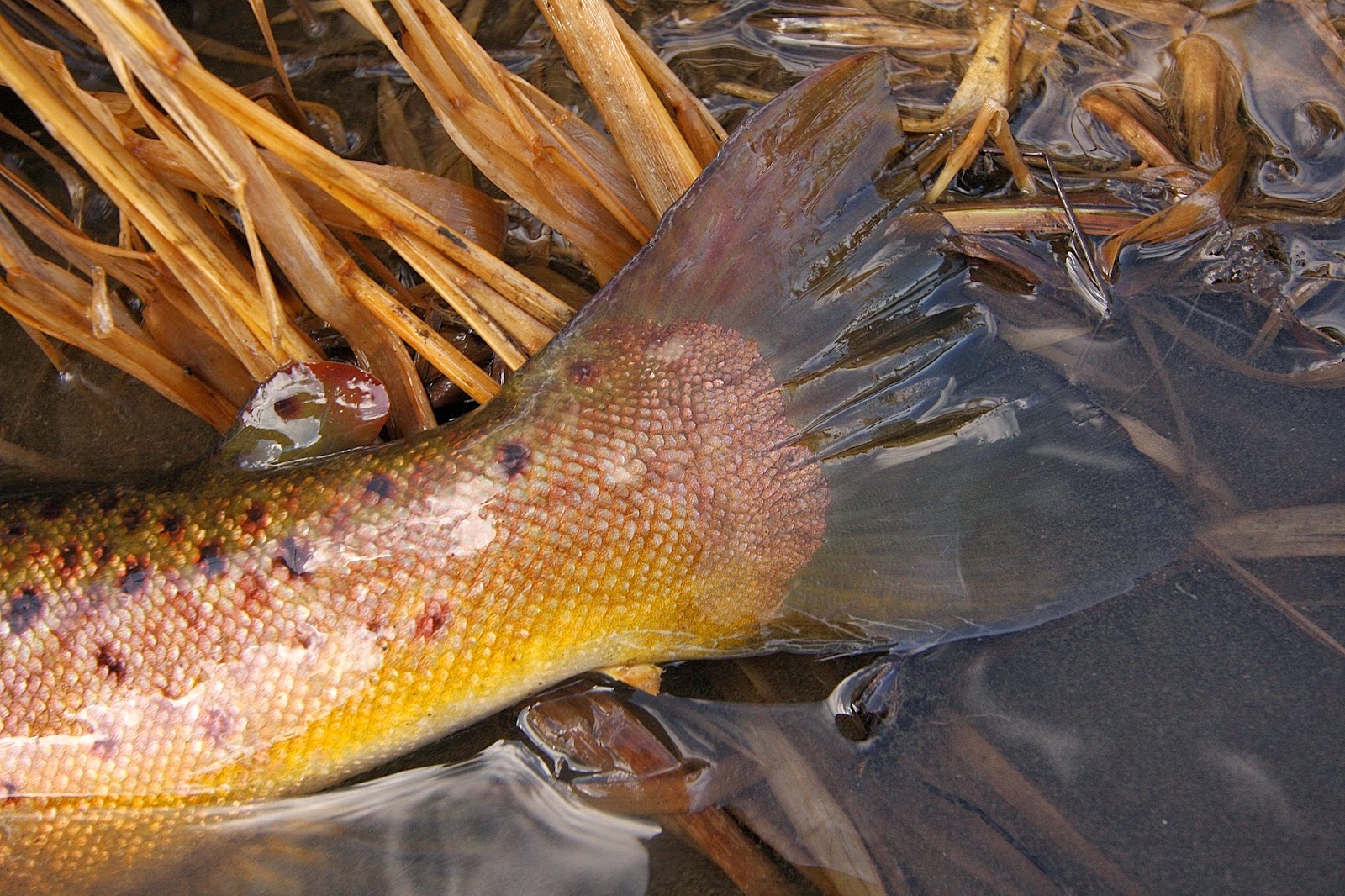 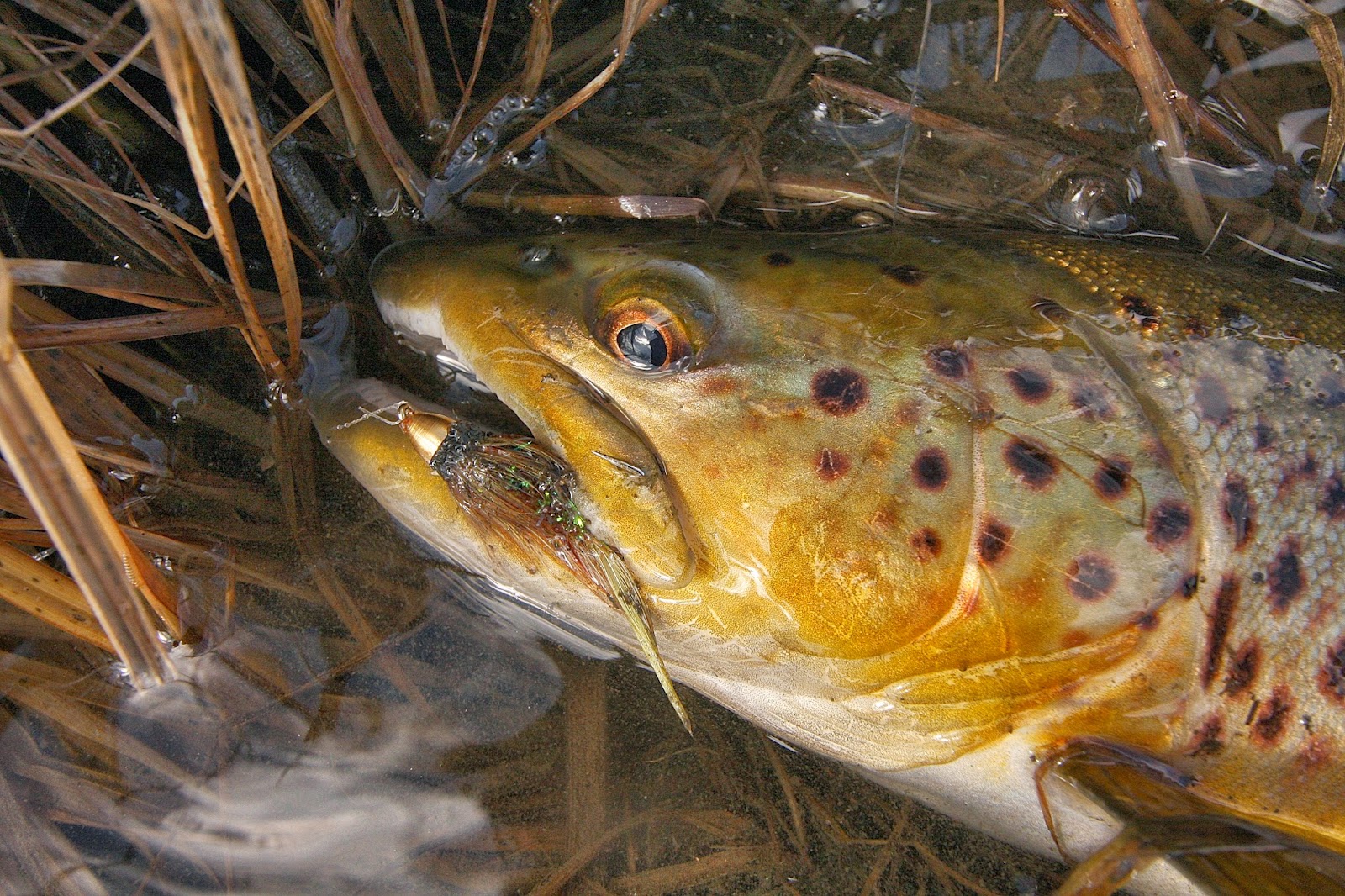 Today, March 29, I completed 3 of the 4 legs, but I couldn't quite punch out a Grand Slam. I caught quite a few qualifying fish on yellow, conehead streamers before I switched to a nymph. Then I caught a few 20 inch browns on brassies, prince nymphs and pheasant tails plus a bunch of non-qualifying 12-14 inch trout. When I saw a few trout eating midges at the tail-out of a run, I switched to a small parachute Adams and caught a couple 18 inch 'bows. So at that point. it was game on... time to point to the center field fence and go for the home run. 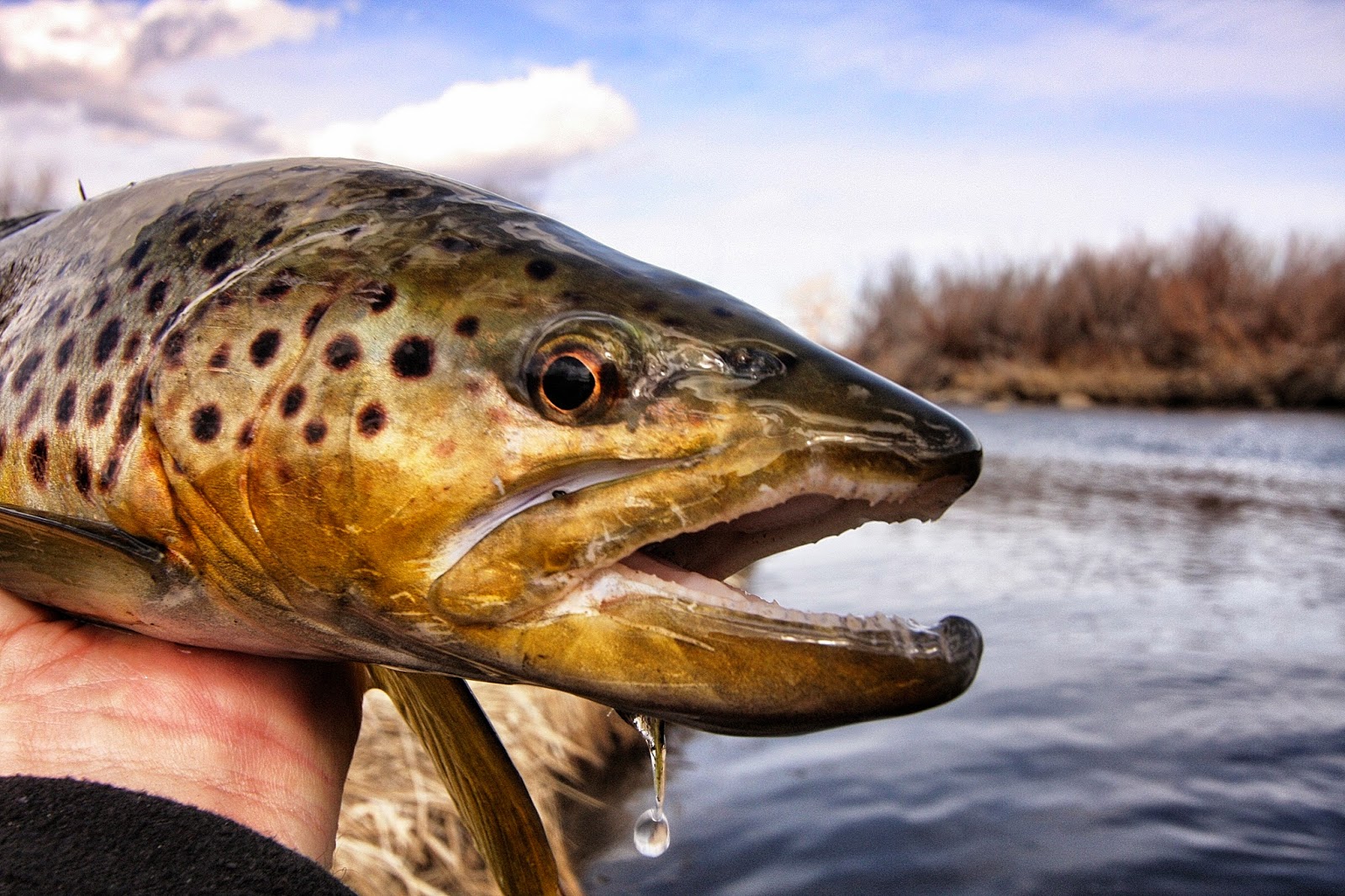 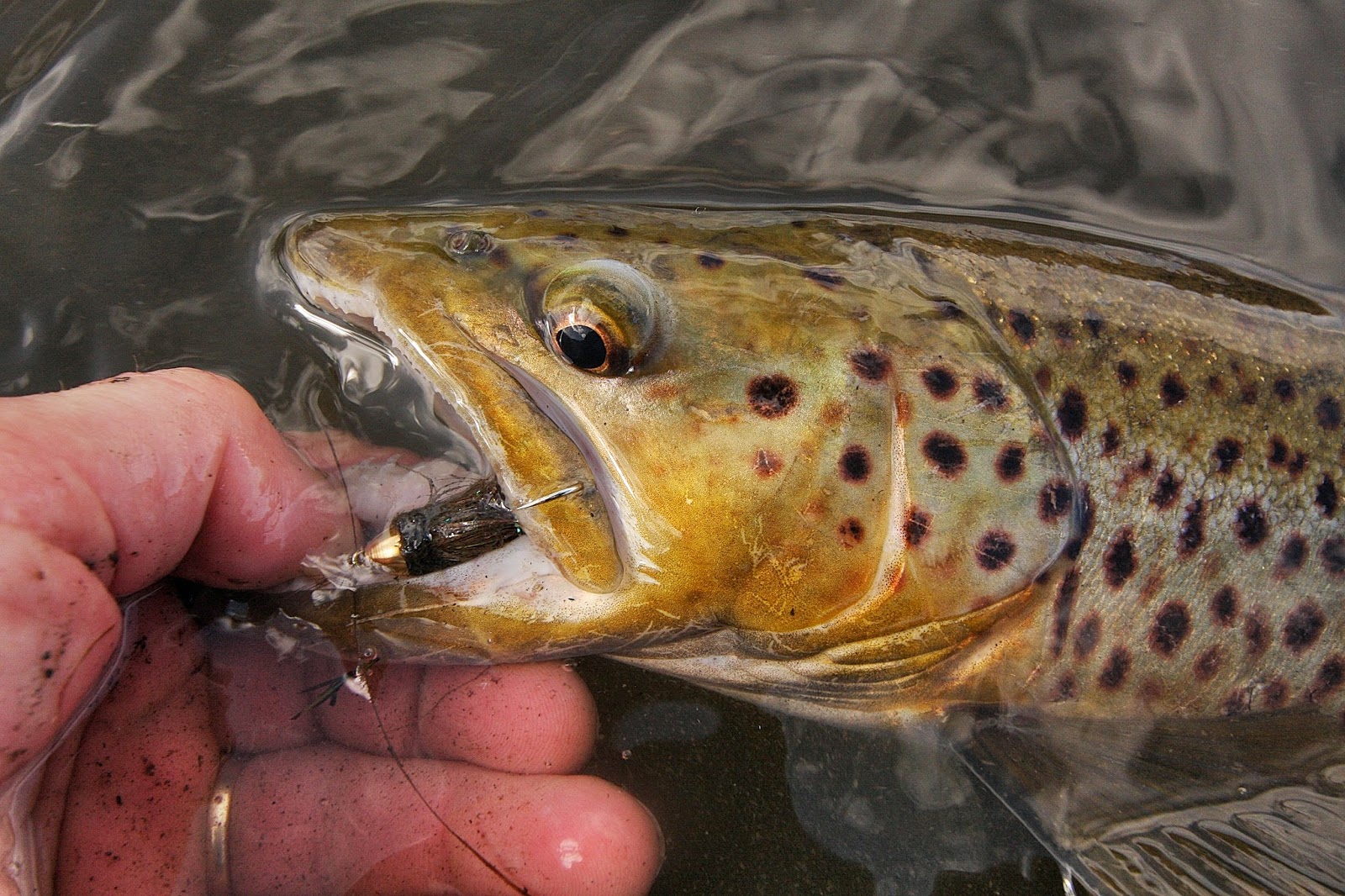 Since it is March and there are obviously no hoppers about, I decided to try to fill out my Grand Slam with a mouse. I failed. I had one huge brown boil on one of Will Blair's mouse patterns, then another hit and miss a black deer hair mouse. I "moused" for at least an hour, but I failed to get hooked-up. 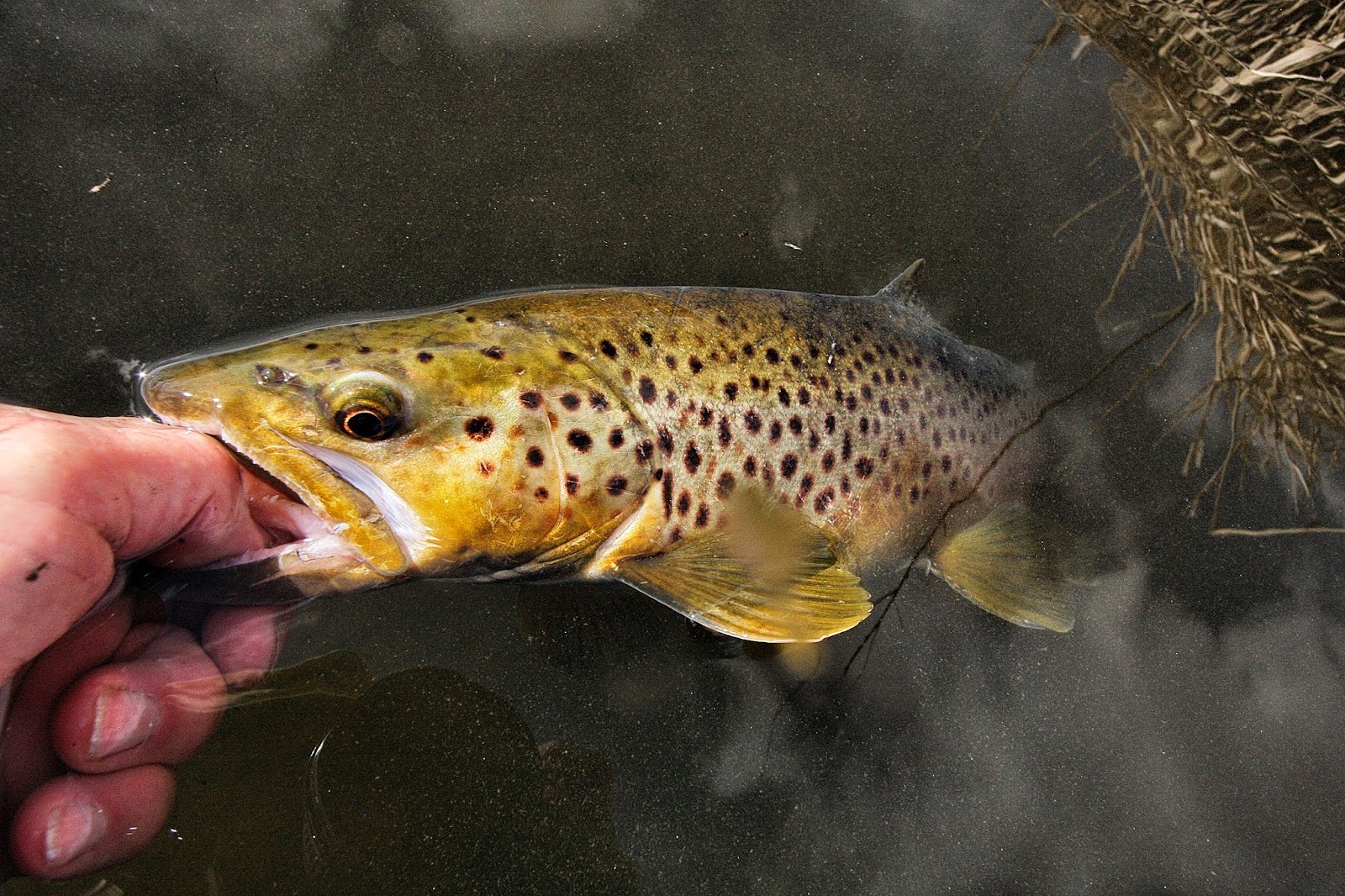 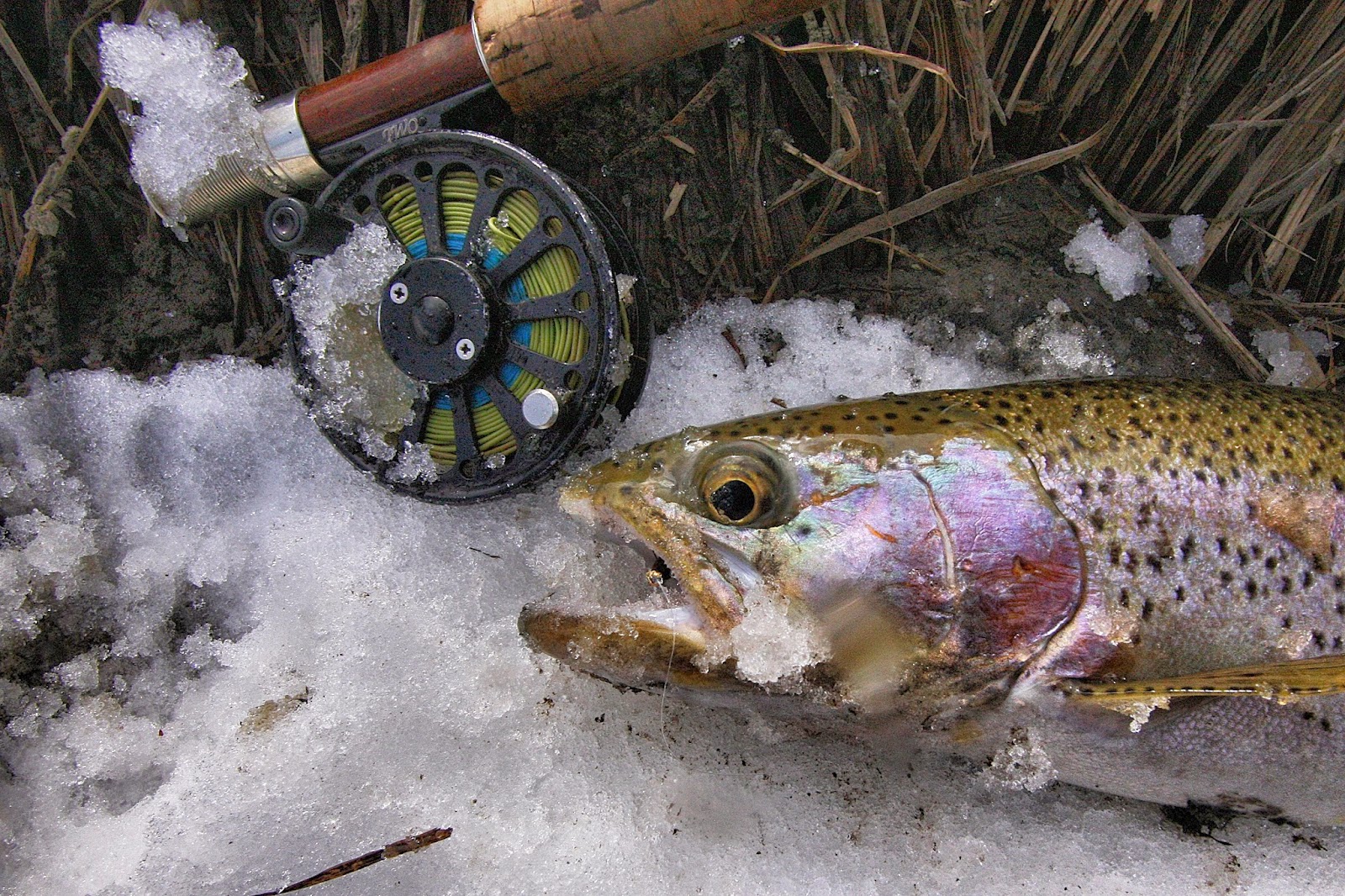 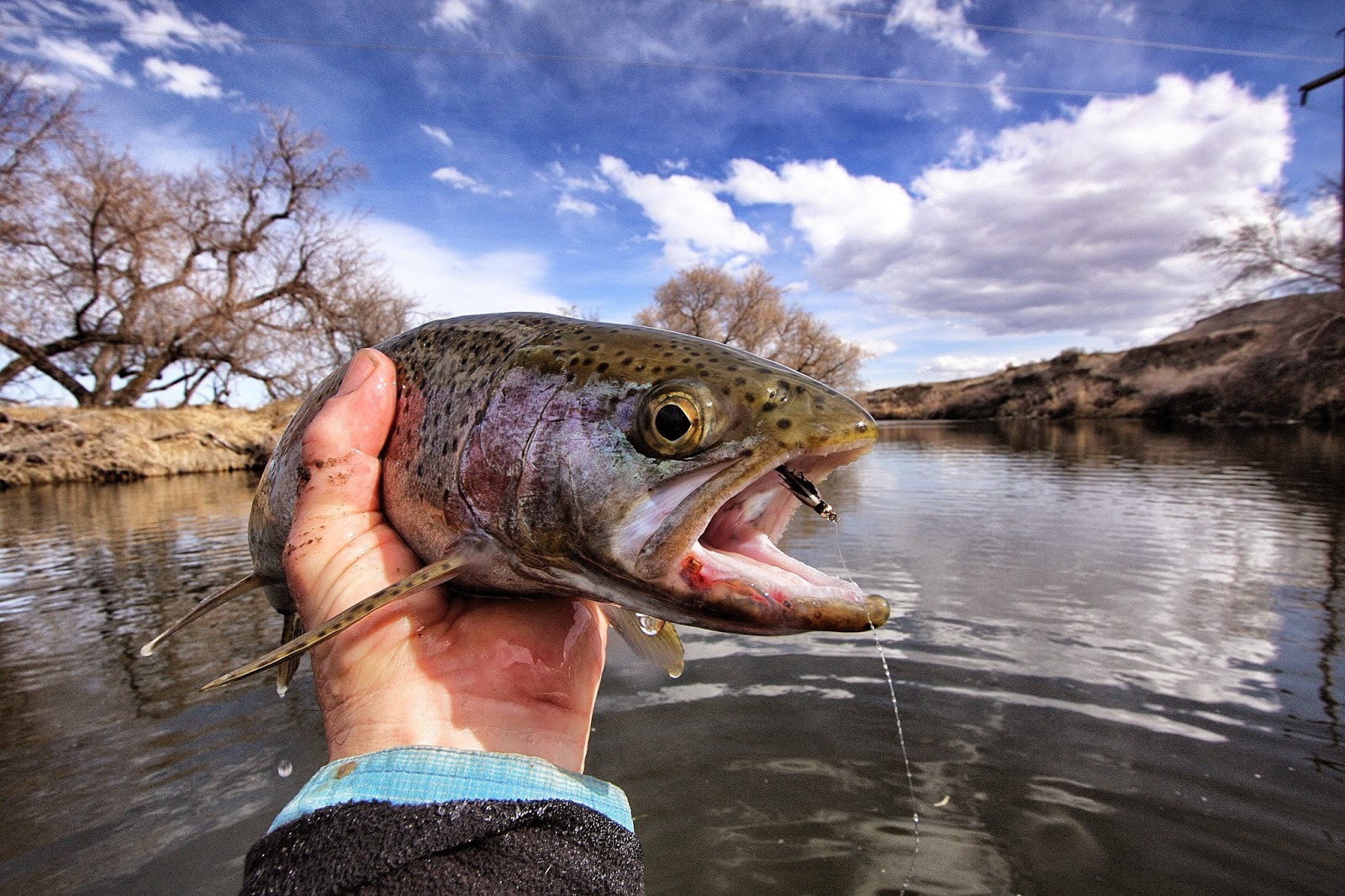 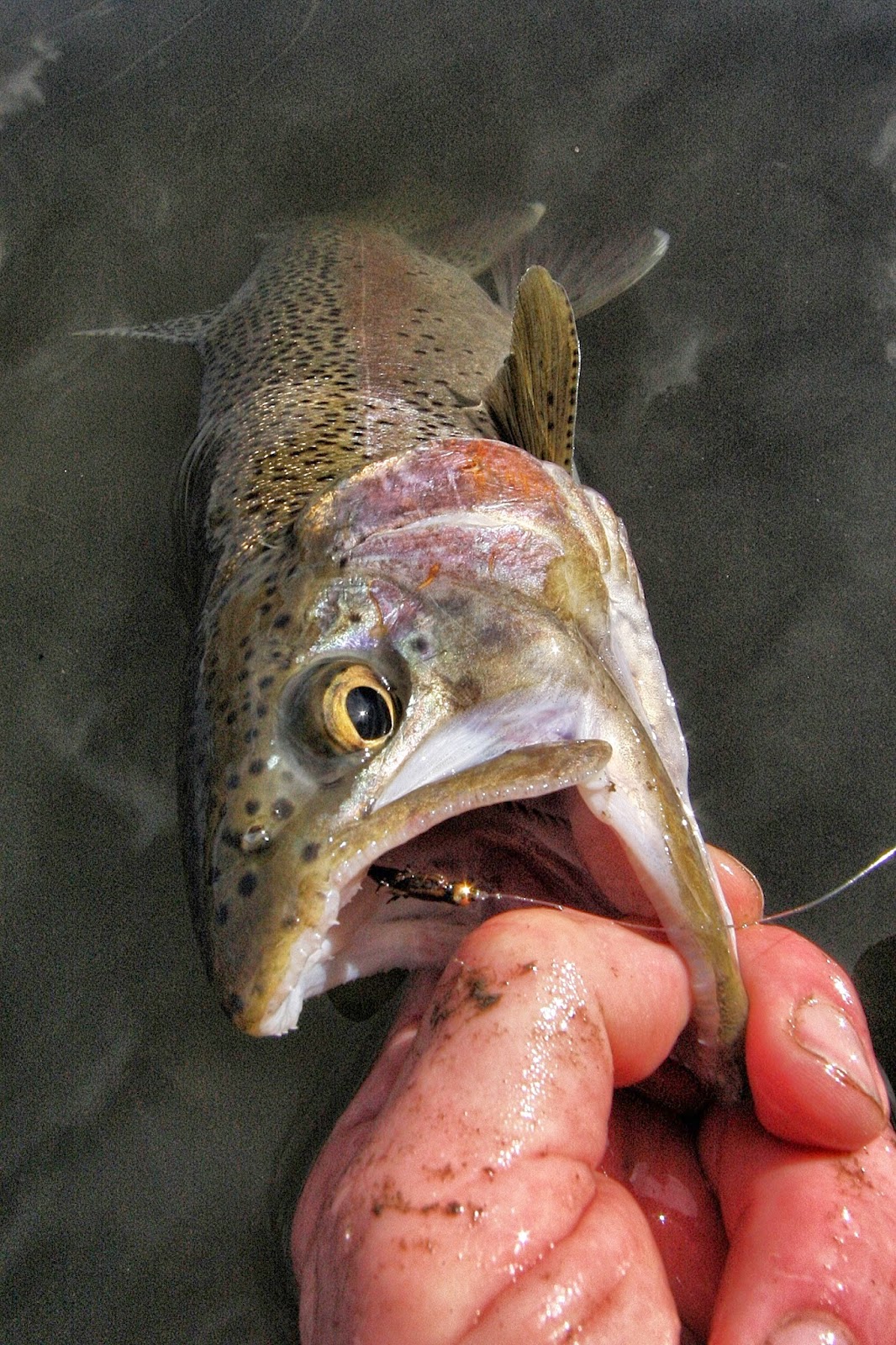 I didn't feel too bad about it at the end of the day. Today was a balmy 61 degrees and I caught dozens of fish... pretty damn good for March!
As an added note, here is our weather report for tomorrow:

Now that makes today all the much better, Grand Slam or not!