What a difference a day makes! This weekend we experienced the ying, and thank God, the yang of fly fishing over the course of our two days.

Friday, April 18, 2014…
By the time we were rigged, a steady 25 mph wind (with much stronger gusts) ripped at us. It was virtually impossible to cast effectively. A proper nymph rig was frustratingly difficult to cast into the wind and if you somehow got a good cast, it was impossible to get a good drift. On almost every drift, the flyline was blown downwind pulling the nymphs off the bottom.
A streamer was almost as useless. Even if you tried throwing a heavy conehead, it would be surfing by the time it hit the swing. I watched one big brown try and catch up with my fly. The fished chomped and chomped, but could't swim fast enough to reach it.
Of course, the dry fly fishing was non-existent until late in the day when we found a small eddie on the upwind side of a big bend that somehow held a few rising fish. Between five of us we caught two fish here in three hours.
As a result of the high winds, I tagged four fish all day and landed only two below average 17 inchers. After abandoning the river late in the afternoon, we dined at the weird and very retro Safari Club at the Days Inn. The beer was cold, the friends good and the day finally over. 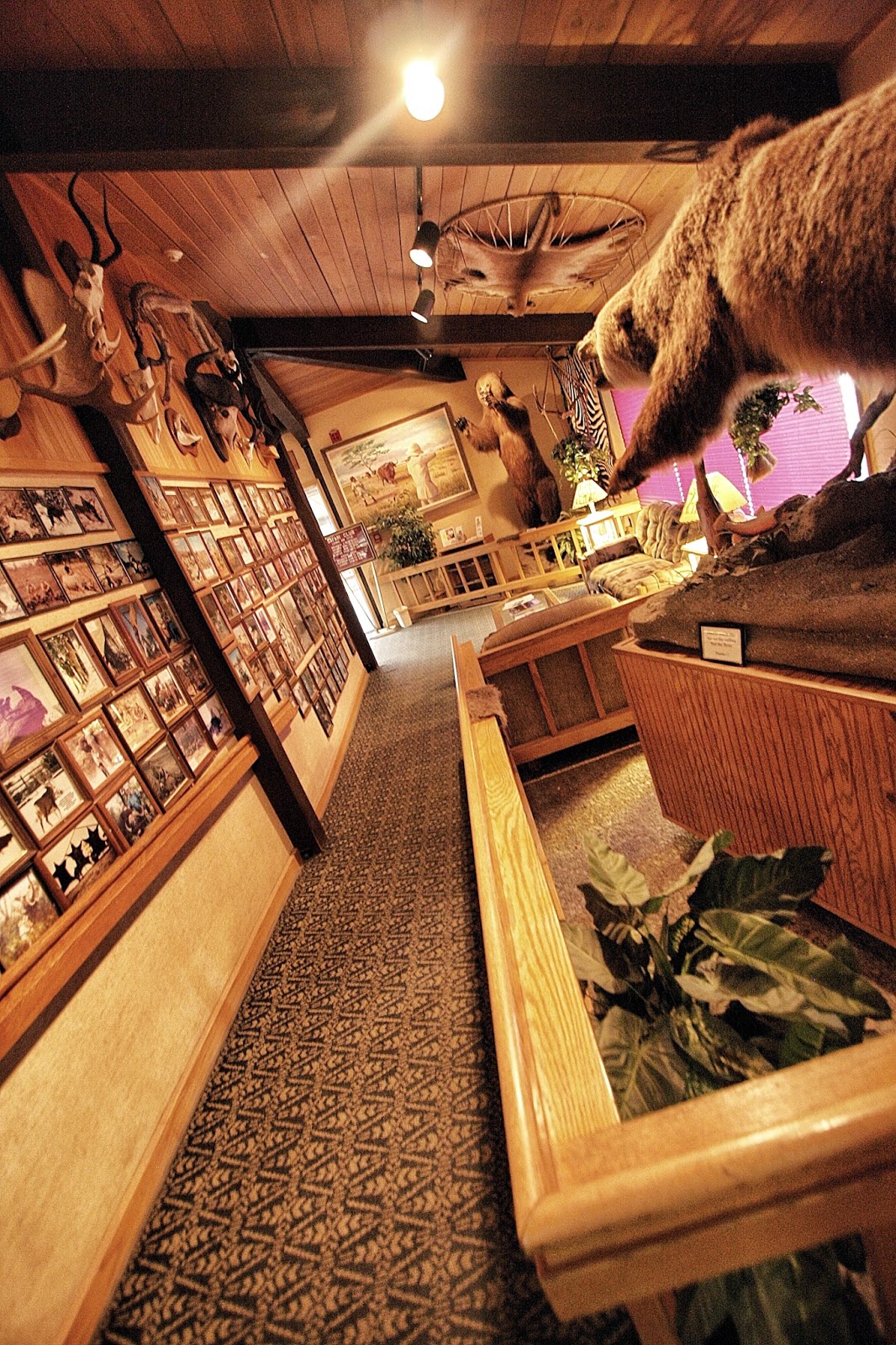 Saturday, April 19, 2014...
It dawned clear and CALM! A very sheer curtain of clouds muted, only slightly, the sun. In essence, it was the perfect dry fly day. We were in the river by 10:30 AM and saw our first bugs at 10:31. A consistent, but never overpowering, baetis hatch lasted until 3:45 PM. I didn't fish with a nymph or a streamer once during the day. We were into sporadically rising fish all day. I caught approximately 8-10 fish over 20 inches and another dozen in the 16-18 inch range. Incredible!

The fishing was so good, we were able to probe the banks and the bubble lines with # 18 blue winged olive patterns that were impossible to see, so we just struck the rise. Lots of fun! Some big boys were so active they were taking dries one after another on the bubble lines... perhaps at a cadence of one bug per second. You could hear the subtle pops as the little bugs disappeared to be replaced by a small bubble. From the boat we could clearly see these large fish voraciously chomping on mayfly after mayfly. Very cool! These bigger fish were very leader/drag sensitive, but when a good drift was achieved they ate. 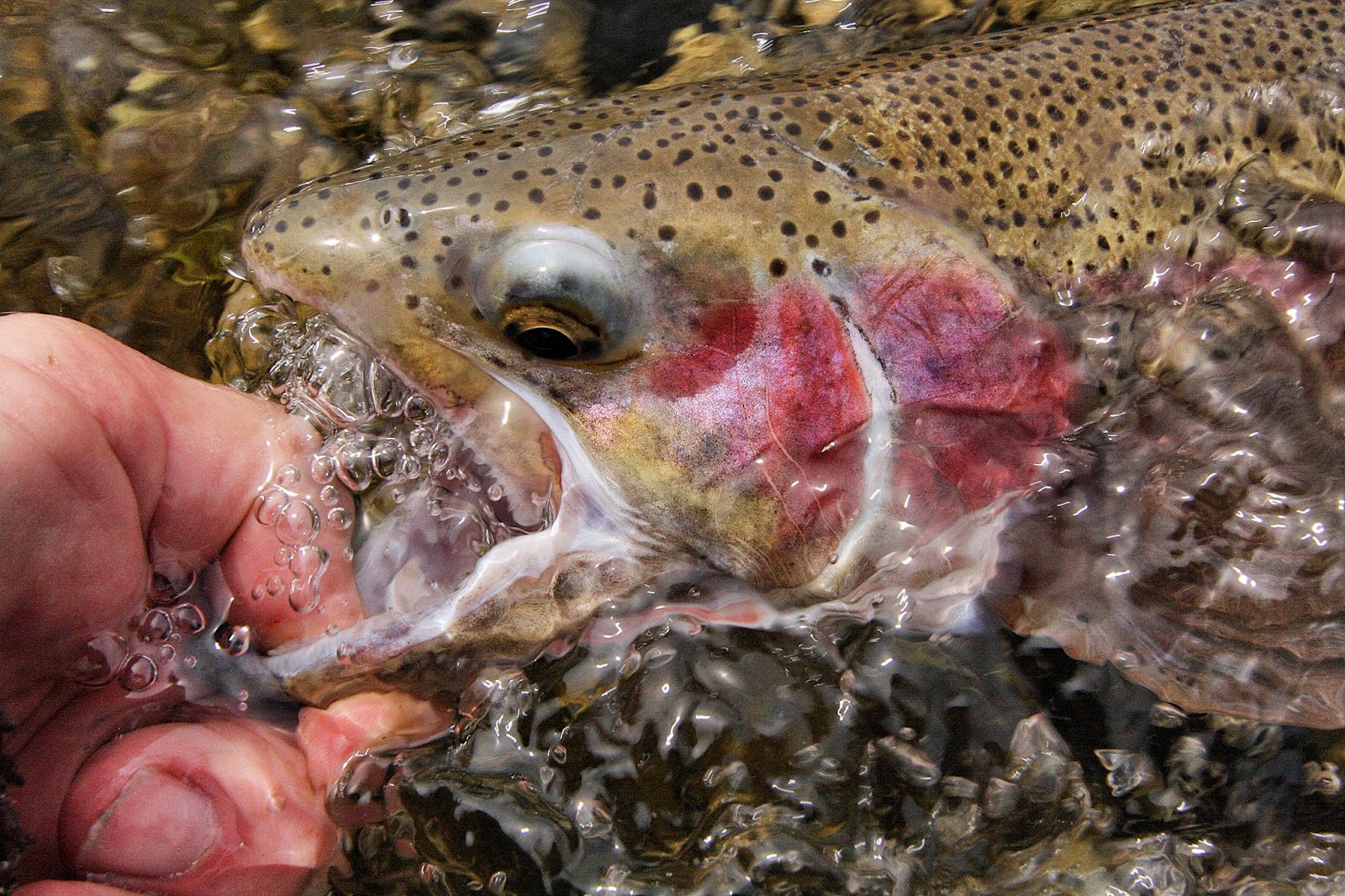 Saturday was as good a day as the one before was bad. We all decided it is best not to judge a river based on the ying days for one shall miss the yang days to follow!! 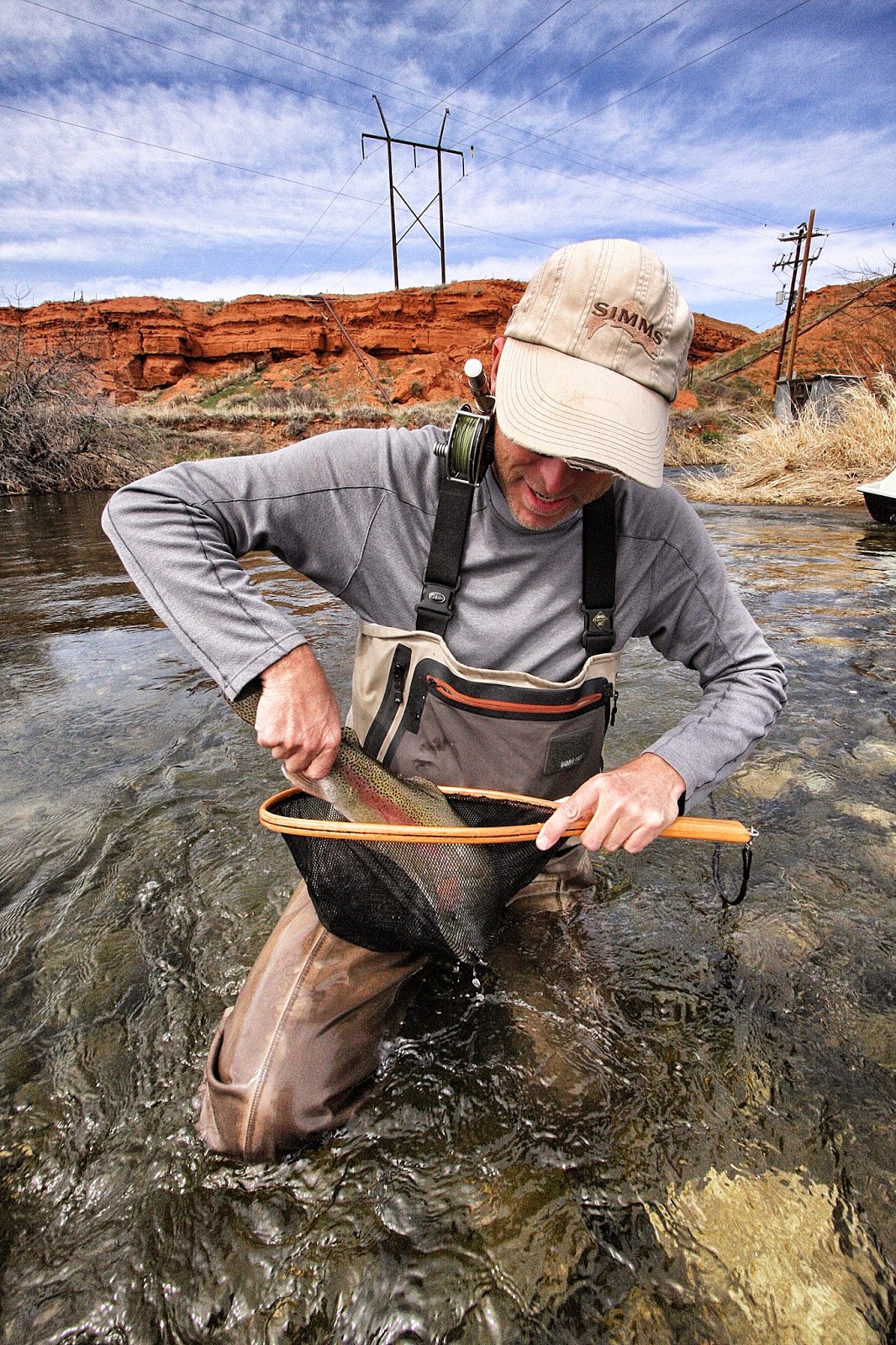