Back to top
On Saturday, our choice was to do another section of the Bighorn River near Thermopolis that we knew well ...or take a flyer and go exploring. We chose to go exploring. I won't tell you where we went, but I will say we had no idea if we would find any fish. We managed to find a put-in and more importantly a "secret" takeout that was on state land. Our map showed an access point, it turned out to be down a long, fenced dirt road. At the put-in, we could see the stream was a bit off-color, but not too bad. I was worried it would get worse downstream. I was concerned that small tributaries might bring dirty run-off water into the stream. 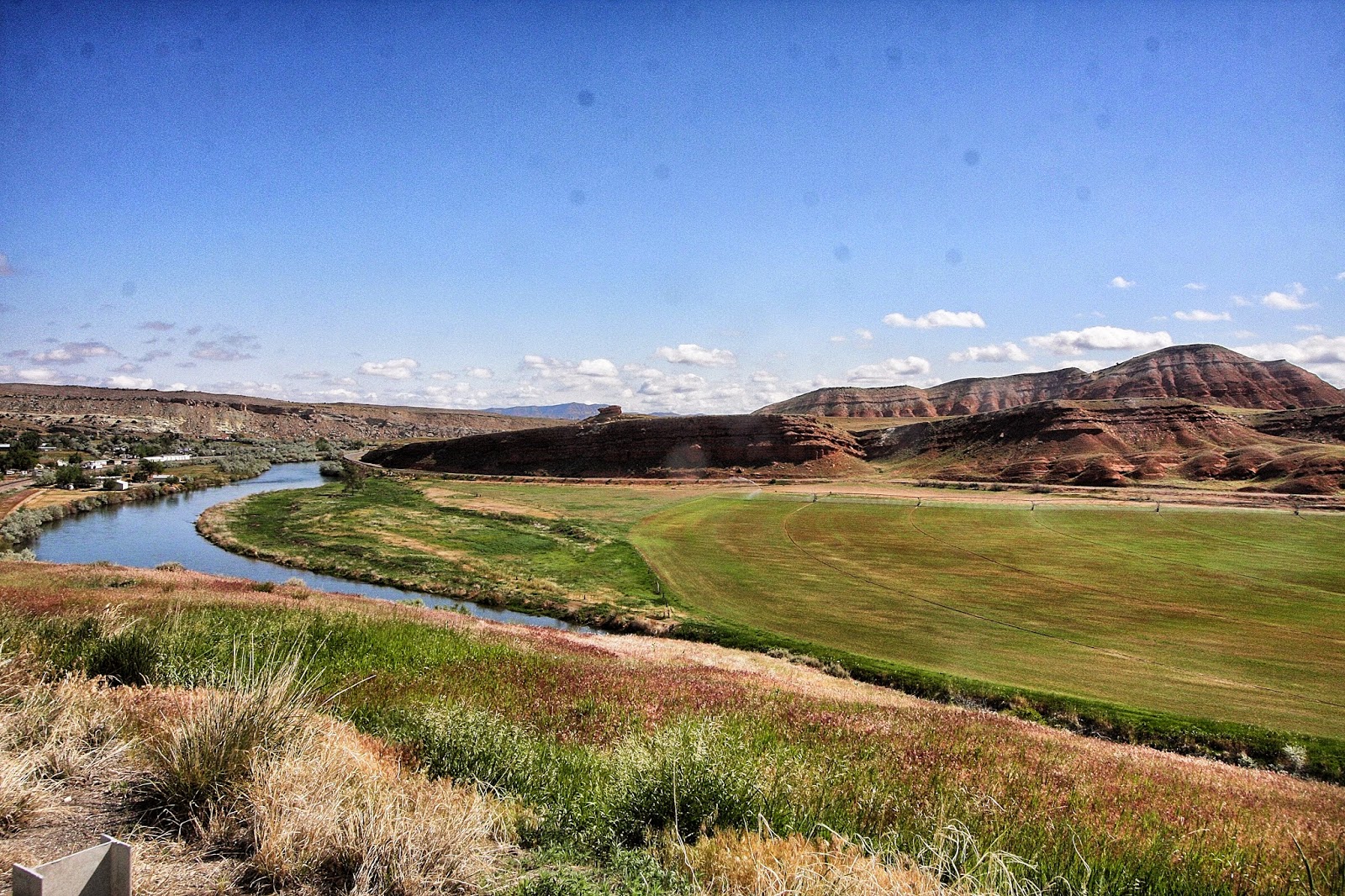 As it turned out, the nine road miles we bit off turned out to be a lot more in meandering river miles. So, how did it go? Well… we fished beautiful grassy cutbacks, rocky cliffs and graveled runs. Did we catch fish? Absolutely! In fact, we boated a 6 lb. 24" brown within sight of our Chevy Suburban at the put-in! 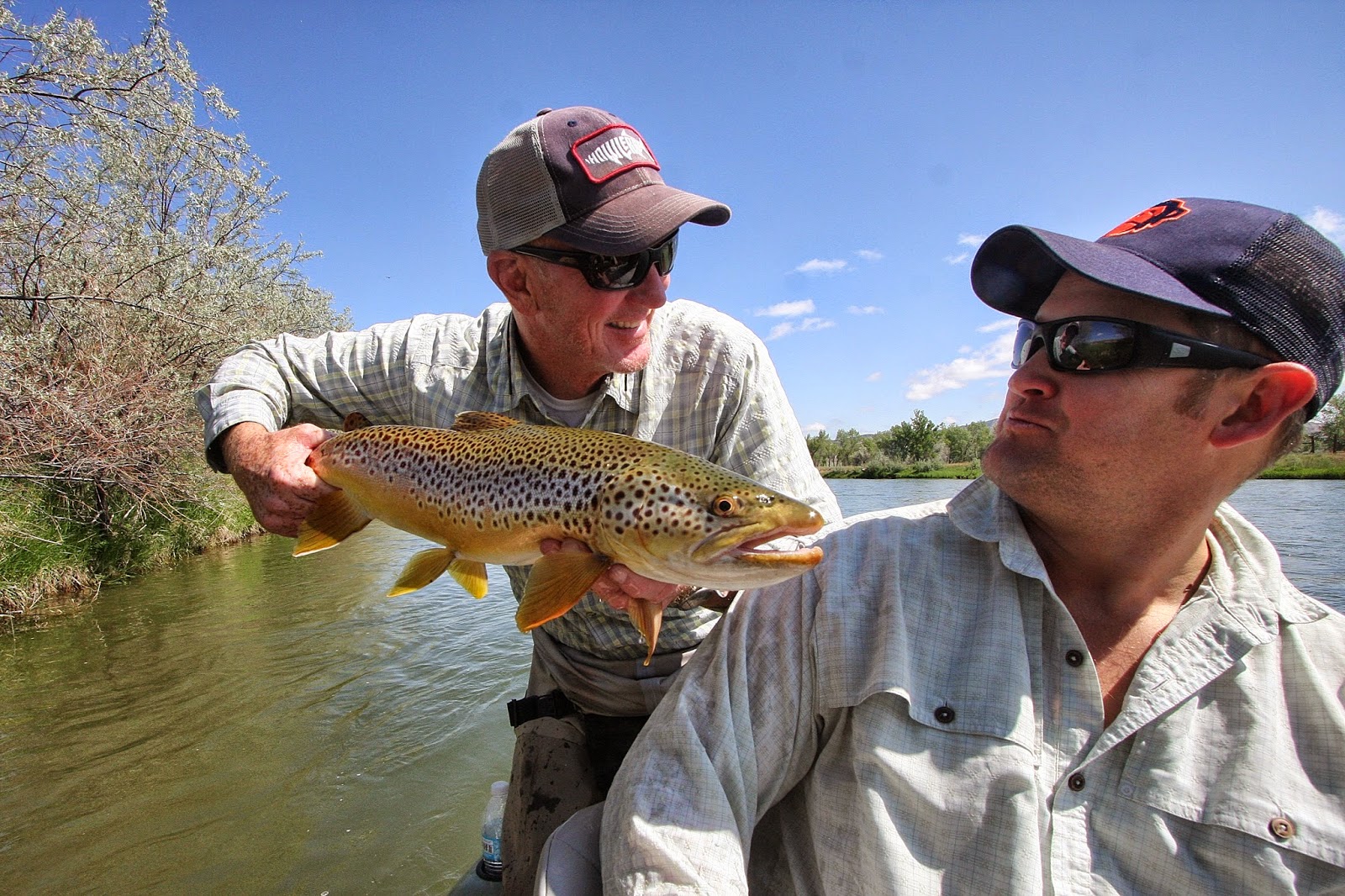 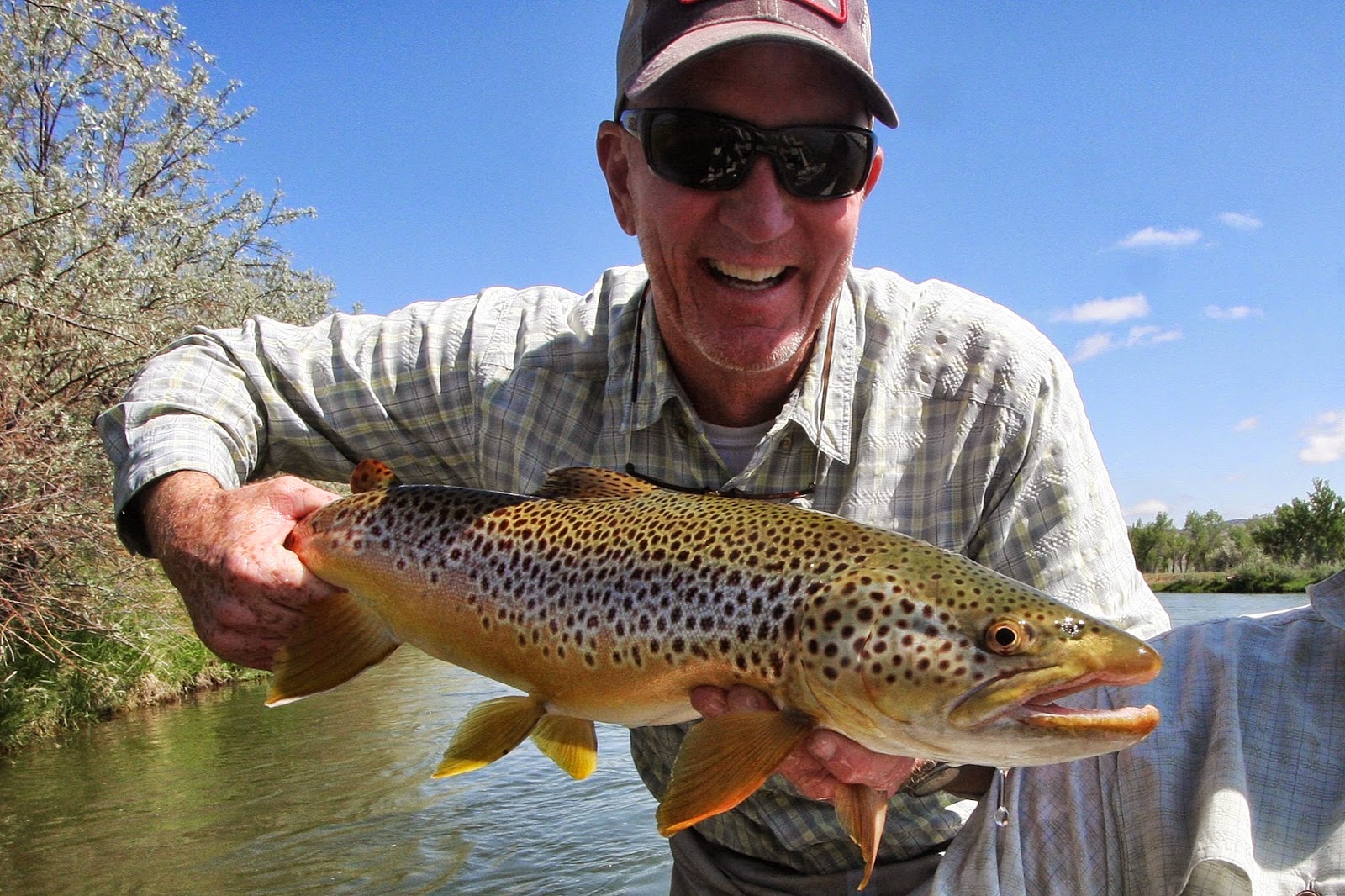 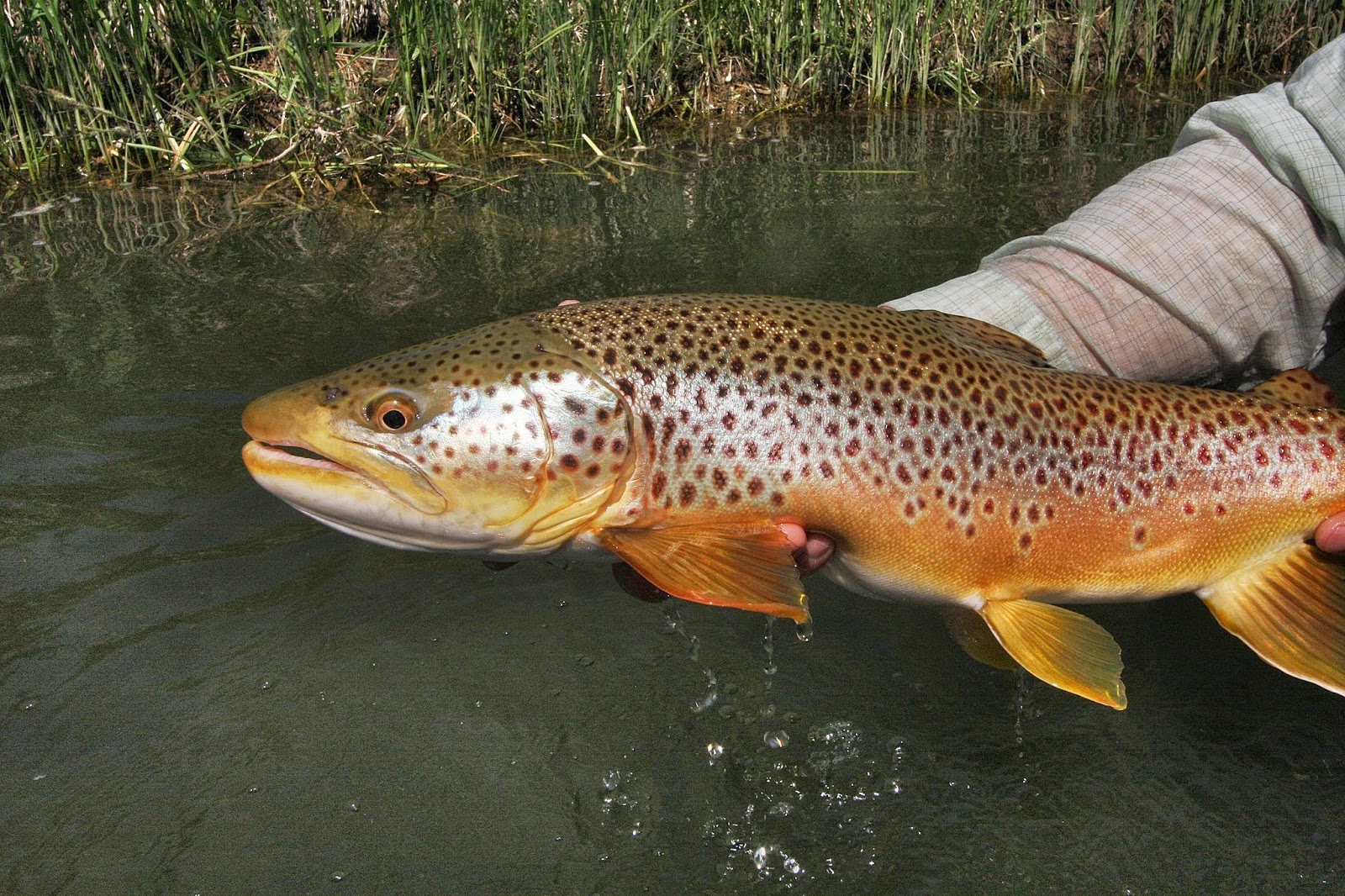 This stream offered classic brown water so it was a bit surprising that we ended up catching dozens of 18-20" rainbows and only a few browns (but they were all over 20 inches). Every fish we caught was deep, fat and healthy. With the water off-color, we thought that this would be a bank banging, streamer day. It was not. Our most productive technique was to use a dead-drifted sculpin pattern and a droppered nymph. The streamer apparently caught their attention, then they found the nymph and it was game on.

We got off the river late and hungry. We drove until we found a good burger and a few cold beers in a friendly little bar in Kirby, Wyoming. Once basking in anonymity, Kirby is now known as the home of the Wyoming Whiskey distillery. We made it back to Thermop in time to catch the Soft-Serve Ice Cream Shop for dessert before it closed. It was a great day! Thanks guys!!