After a great night's sleep, I was up early and eager to get going. After breakfast, we pulled on waders, grabbed gobs of gear and soon we were motoring upriver. After an exhilarating ride that covered some 25 to 30 miles of gin clear water, we stopped at the point where we could safely go no further in the skiff... then we hiked to the next run upriver. Dean Kalmbach and I were with the affable and very knowledgeable guide Dan Armstrong. (I'll have more on one of Dan's flies later. If you like to fish mice you're going to want to see this!)
When we reached this next run upriver, there was bear sign everywhere. Dead, half-consumed salmon littered the rocky shore and tracks were everywhere in the mud. The deep grass carpeting the cutbanks had extensive bear highways paralleling the shore. And more ominously, I often caught the swampy stench of bear. This smell was at times so strong I was convinced we were being watched. That was the bad news, the good news was bears seek fish and coincidentally, so do we. Even though there were lots of dead fish surrounding us an even greater number were very much alive and swimming right in front of us. 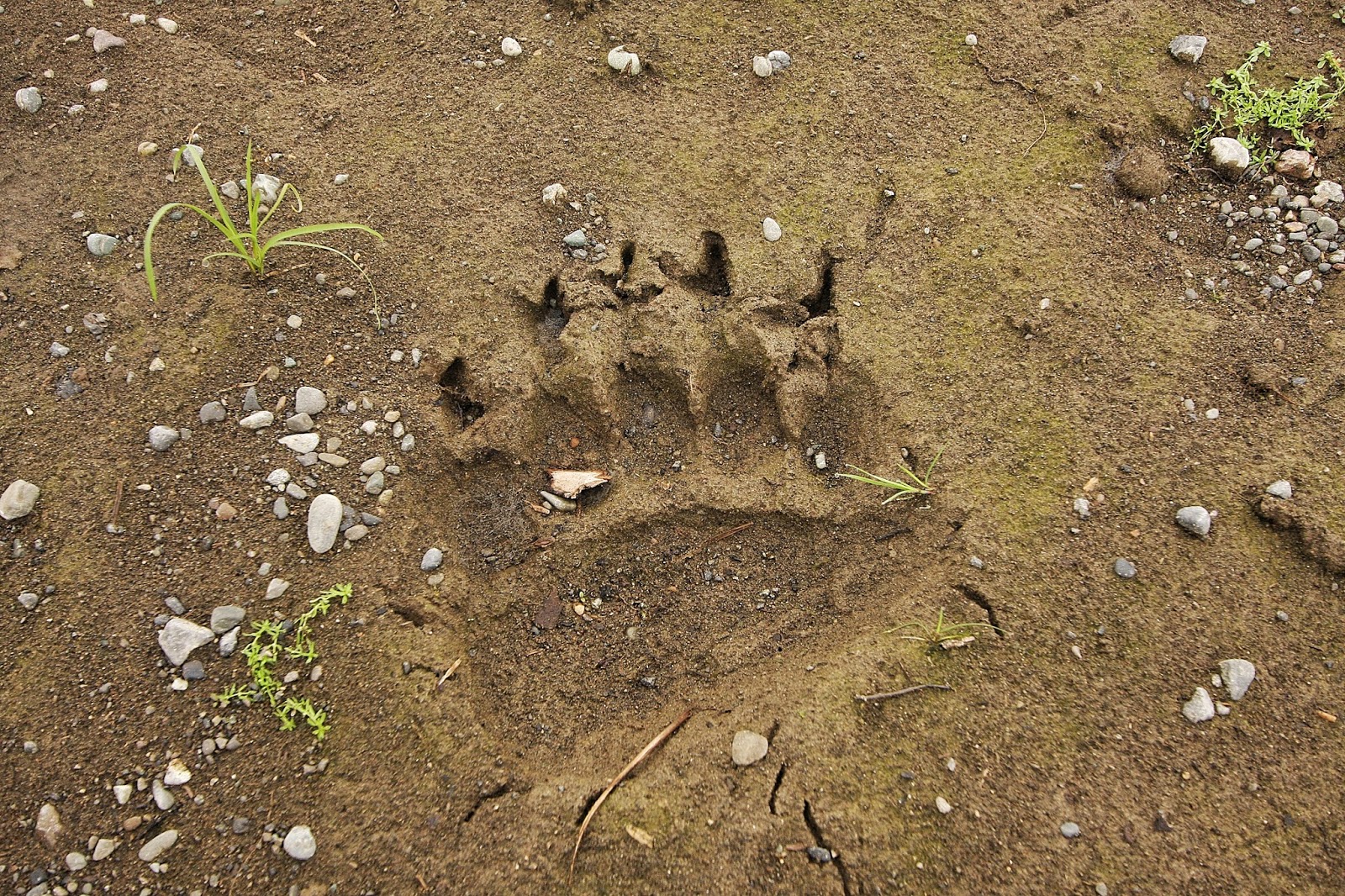 As on the day before, we again caught dollies and 'bows on eggs, flesh and mice until we were exhausted. The only difference was the 'bows and dollies were even bigger than the day before! We caught rainbow to 24 inches and a few dollies in the 26-27 inch range. Incredible! 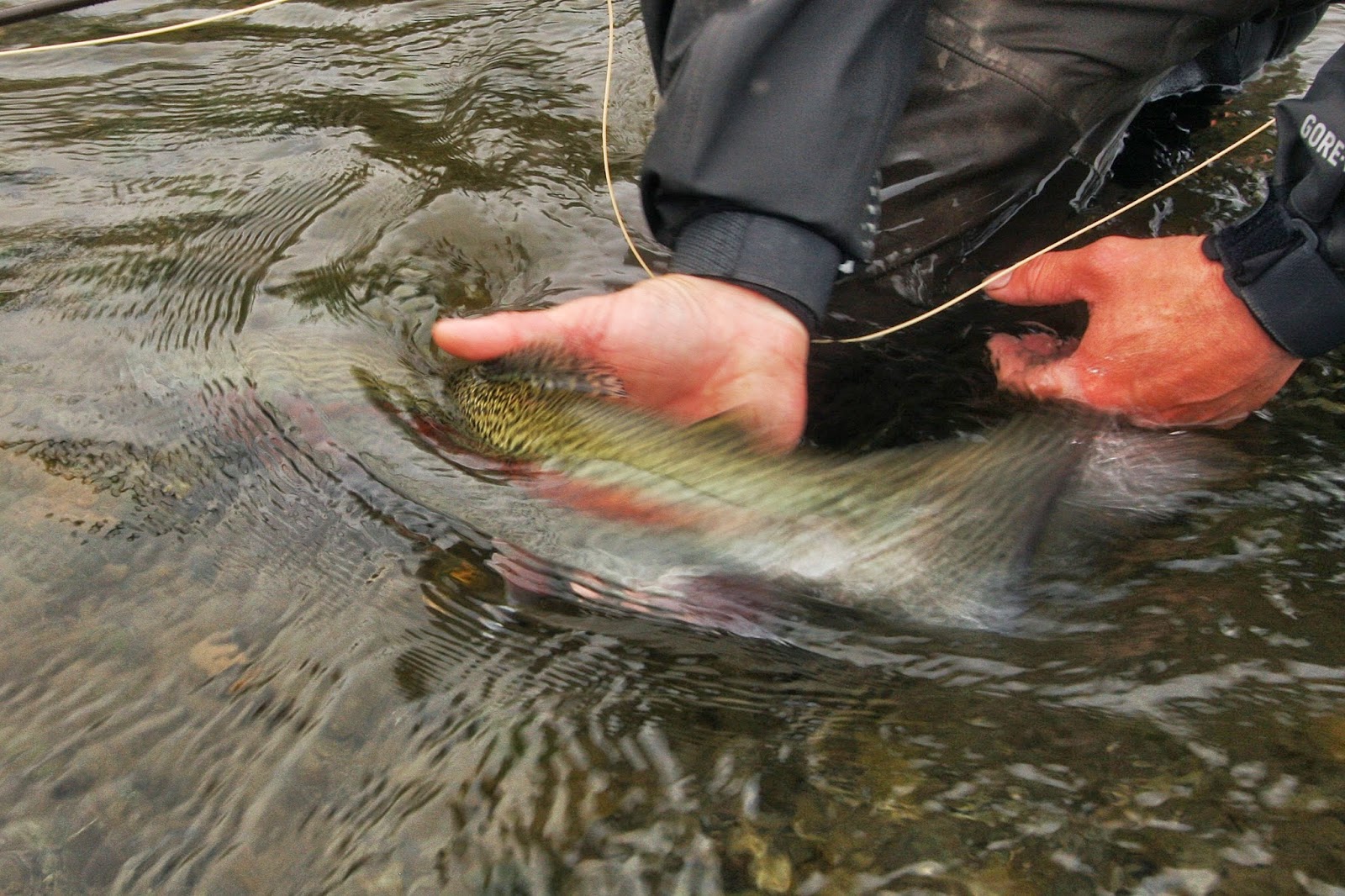 We usually found these monsters below the king and chum salmon redds with great results. At times, the water was so clear in the runs it was like going to the supermarket. Want a big bow? Here's one below these chums. Want a big dollie? There's a 27" fish behind these bright red kings. 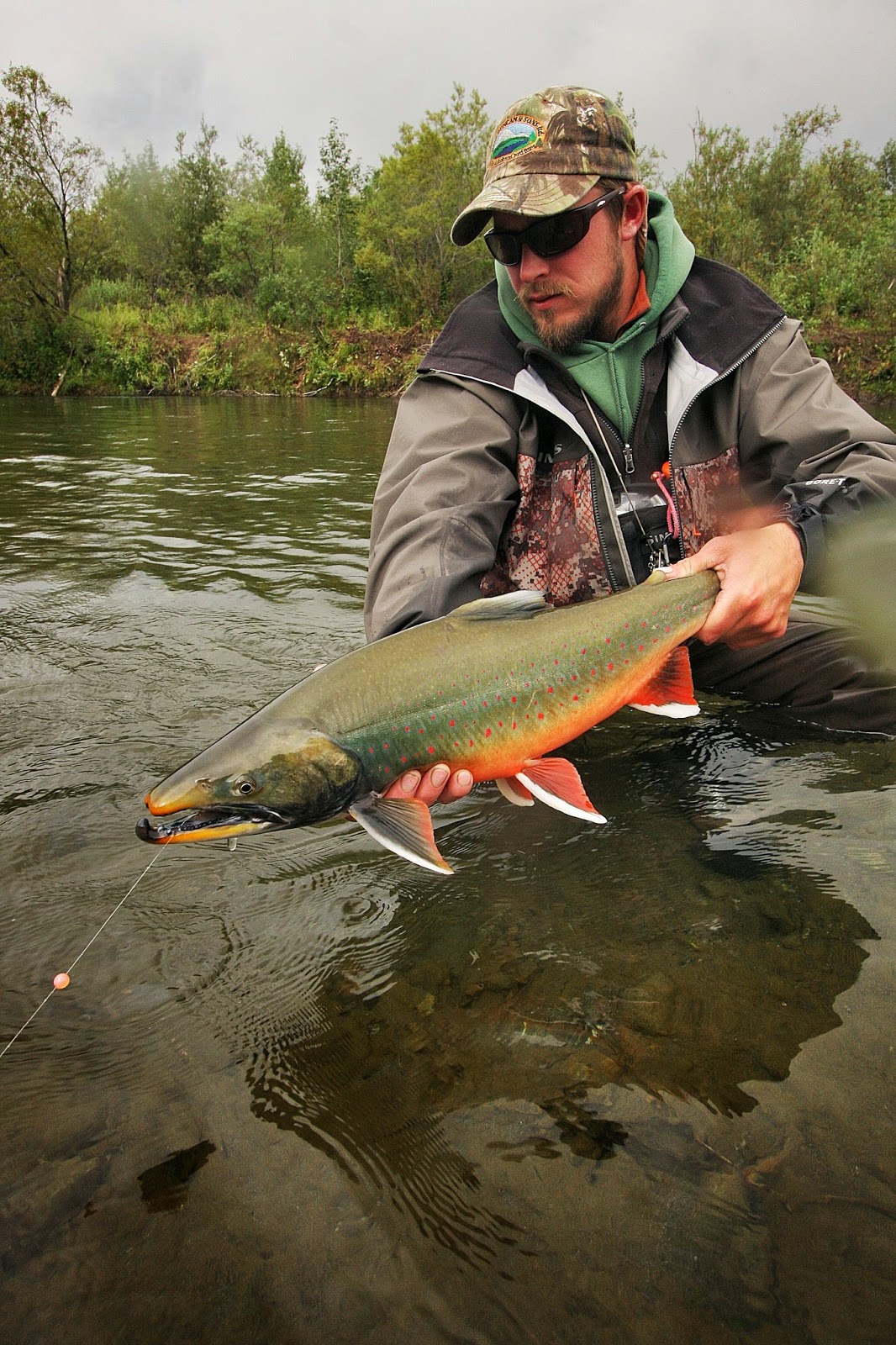 Day 2 turned out to be another incredible day. Lots of fish... lots of large fish! By late afternoon it was time to head back to camp. No one argued. We were ready to take a break, get some chow and a good night's sleep before we resumed the festivities tomorrow.