Back to top
One of fly fishing's greatest visual thrills is to watch the blond back of a big 'bow or the silvery-gold head of porky brown lock in on what it thinks is a helpless rodent. Trout can be extremely aggressive when attacking what they see as a big payday. These big trout will sometimes swallow your fly in one impressive gulp or at other times, pull your mouse underwater by the tail in an effort to drown the rodent before consuming it. In either case, a real mouse would still be alive when swallowed and must wiggle around for some time in the trout's stomach. Imagine what that must be like! (Imagine that chicken you've been munching wriggling around for a couple minutes before it expires. But I digress…) Back to mousing.

In addition to these heart-stopping takes, covering water with a mouse is very engaging. To be successful, you must accurately cast tight to the bank, hit seams, find lies and be able to read small pockets and ledges. Once the cast is made, you must make your mouse "swim" via a practiced swing and strip retrieve. (More on this soon)

And the final reason to fish a mouse… it targets bigger fish. A mouse is no egg or size 20 Adams. A mouse represents a huge caloric bonanza and will draw the most wary fish from their lair. Mousing offer proves the old adage "big trout like a big meal".

So, if you love to mouse or want to give it a go, whether it be in Alaska, Kamchatka, Argentina, Mongolia or Montana, you need to try Dan Armstrong's mouse pattern the Hood Rat.

Dan has been guiding anglers every week for a bunch of summers on one of Alaska's best salmon and trout rivers. During that time, Dan has been developing and then refining a mouse pattern that he felt was the go-to pattern . After much trial and error, the Hood Rat was perfected in what is no doubt one of the world's best "research" labs.

While many mice patterns are tedious and time consuming to tie, the HOOD RAT is incredibly simple, fast and highly effective. Dan's mouse pattern floats high, swims enticingly and is very durable. As an added bonus, the fly's keeps score. Each fish that eats it leaves a record via tooth marks in the fly's foam back. I personally caught 20 rainbow on the Hood Rat below on my last trip to Alaska. The fly was a bit scratched up, but otherwise just fine.
If you want to order some Hood Rats, let me know and I'll get you in touch with Dan. He will be available in October. Contact me at:
scott@anglingdestinations.com
or 800-211-8530
Here are the tying instructions: 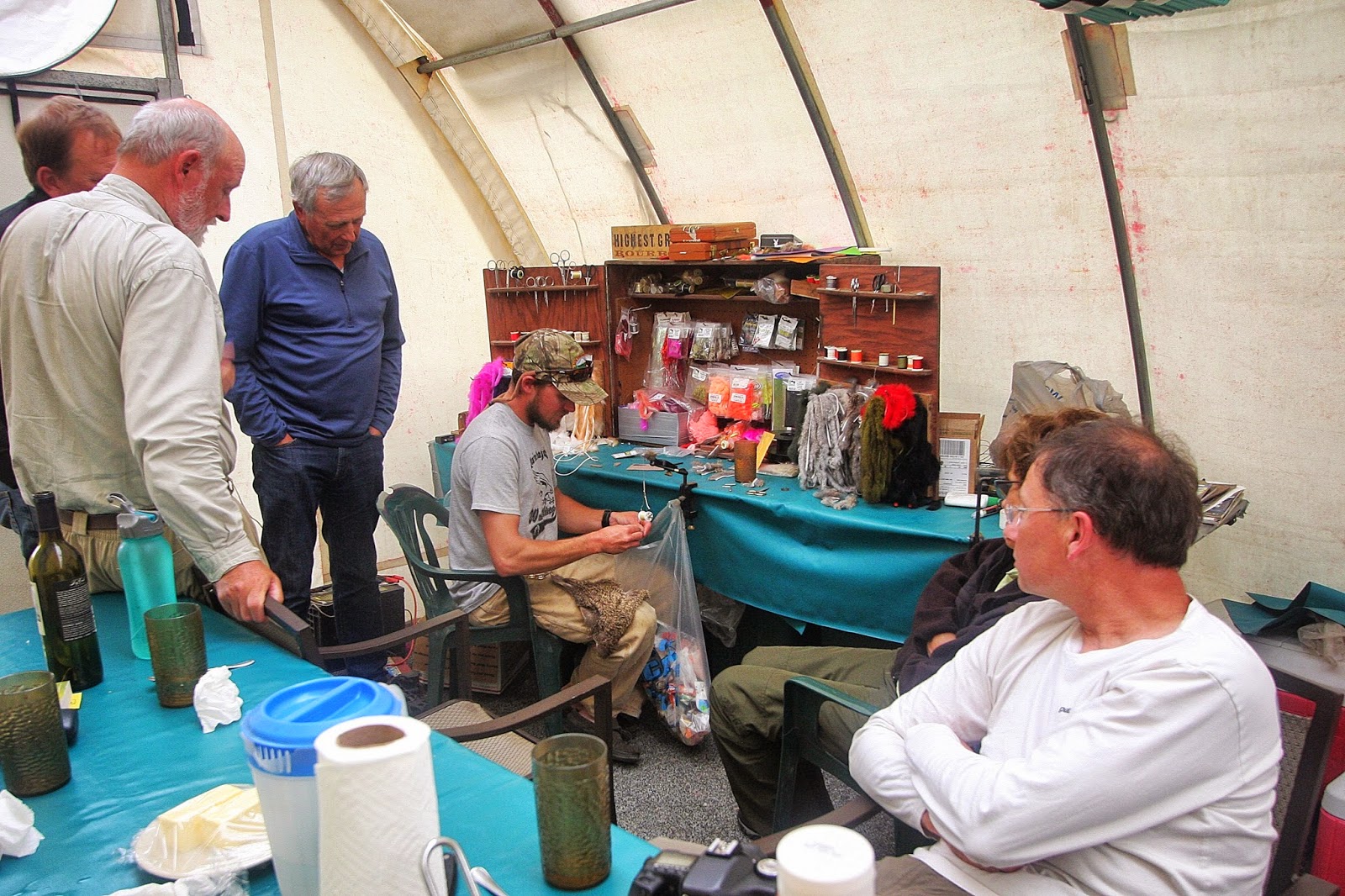 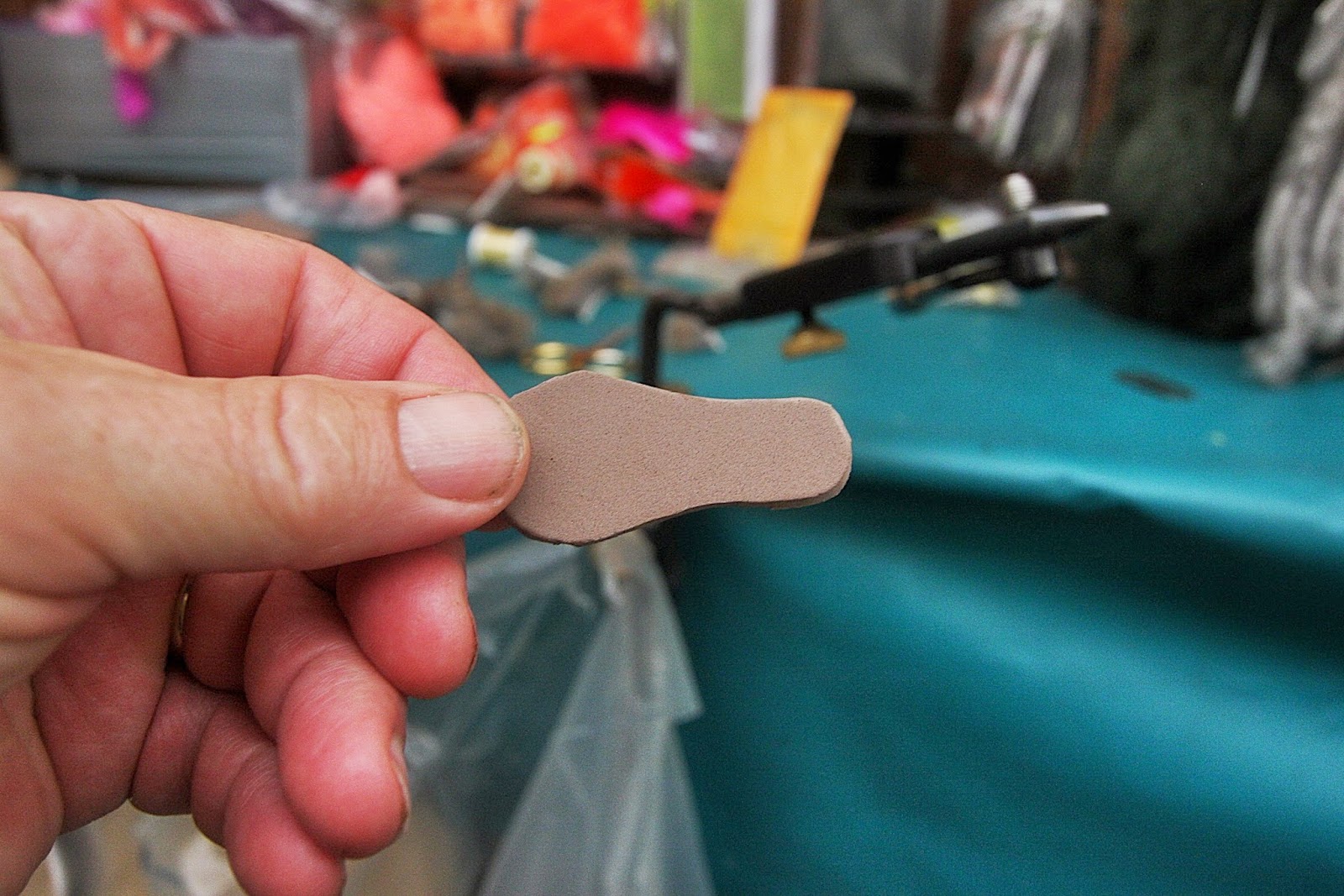 Cut 3mm foam into this design, when happy with it, trace a bunch on a piece of foam.

Try tying a Hood Rat, you'll like it!!
Coming soon:
HINTS ON HOW TO FISH A MOUSE!