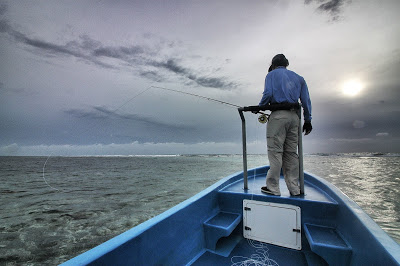 Once we arrived at Gallows Point, the crew quickly stowed the Rising Tide in the mangroves and we all then headed out to the reef. Initially, we we saw quite a few permit, but they were incredibly nervous. One big permit blew up when a cormorant made a pass over it, another spooked when a dolphin cruised by in deeper water and yet another permit disappeared when a 12 inch trigger fish invaded it's space bubble.
We were frustrated and the guides were frustrated. It was not only tough finding fish, but nearly impossible to get within casting range. And in the 25-30 knot winds, even if we did get within range, things seemed to head south. My best shot of the day was ruined when we saw five big permit in a hole. Our guide Dean, knowing it would be impossible to hold the panga with his push pole in these winds, quietly dropped his Danforth anchor. Unfortunately, it did not stick in the gale and we quickly drifted right over the white sand spot noisily dragging the anchor behind us. C'est la vie! 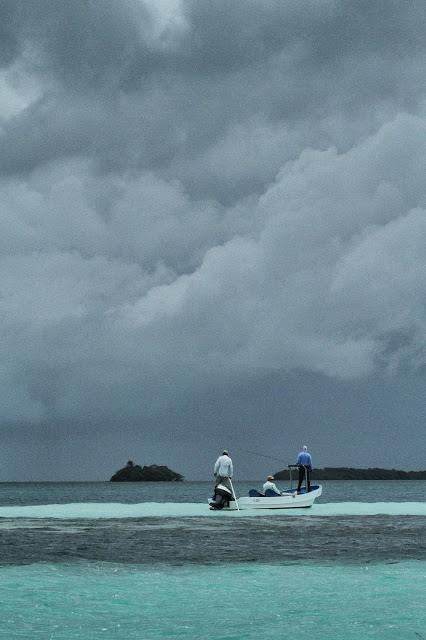 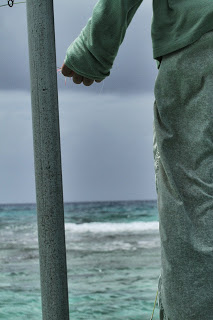 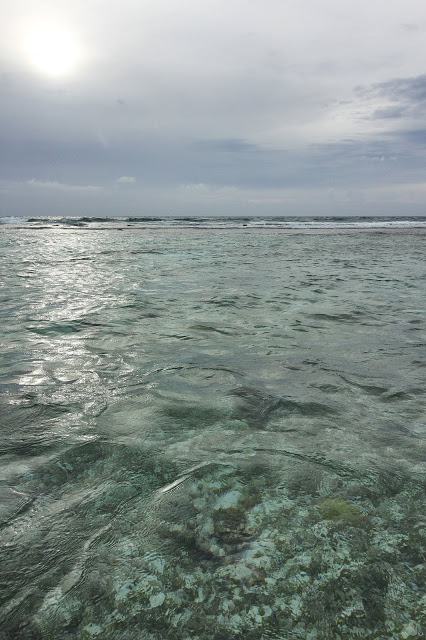 We all fished hard for a day and a half in the Gallow's Point area, but the ever increasing cloud cover, accelerating winds and falling barometric pressure translated to fewer and fewer permit on the flats. Where they went we do not know. What we do know is there were not to be found on the flats. At the end of the second day at Gallows Point, we decided to run further south to check out the Robinson Bight area.
To make along story short, under dense cloud cover and with constant 25+ mph winds, we saw no permit for two days. Even the fishing birds: cormorants, pelicans, frigates and osprey were hiding from the winds in the mangroves. There was simply no life on the flats except for the occasional ray. And this was on flats that have been historically very productive. Hell, I caught some of my first permit on these flats 25 years ago!
We all knew we had a decision to make. We could cry uncle, try to salvage something of the trip by going up the rios on the mainland (and maybe find some tarpon or snook). OR, we could stay here and get increasingly frustrated by the lack of fish and battered by the winds. Like the cowards we are, we mixed a few rum and tonic and retreated to the coast. 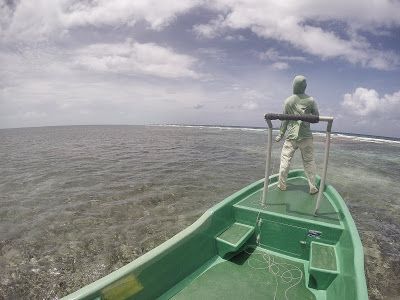 NEXT: The Coast of Belize