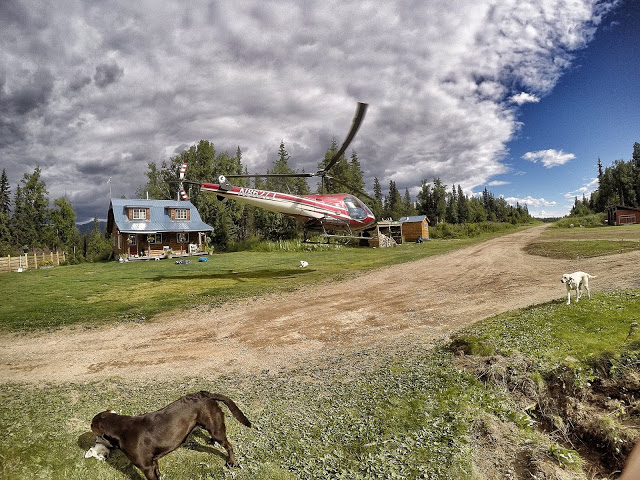 Last Sunday, we returned from a superb trip to Talaheim Lodge in Alaska. Simply put, everything was perfect. The lodging was comfortable, the staff very accommodating, the guides superb, the food delicious and the fishing terrific... oh, and the helicopter rides were unbelievable.


To depart from the front lawn of the lodge and soon speed away at 90 mph (seeing moose and bear along the way), then to pull up and gently settle on a gravel bar beside a gin clear stream is a fantastic experience. The very experienced pilots and guides made us very comfortable and followed strict safety protocols. We never felt nervous and even members of our group that were leery of flying in small aircraft found the flights thrilling. I'll let the photos and videos in this and future posts speak for themselves. If they do not put little buzz in your fisherman's heart, you're probably not reading this blog in the first place. 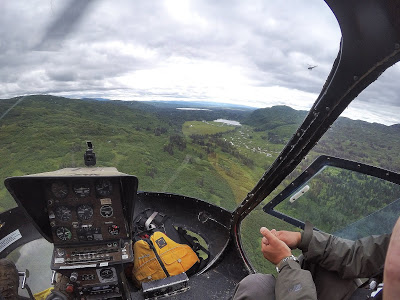 But let's concentrate on the fishing for now. Other than the main Talachulitna that is accessed by jet boat from the lodge, all the streams and creeks fished are small and would be impossible to access by float plane.
On my first two days, I waded Friday Creek and float/waded Coal Creek via a small inflatable kayak. The fishing was sensational on both streams. Scott Sawtelle and I caught  mainly grayling and 'bows up to 21" on Friday Creek and dollies and bows up to 23" on Coal Creek. Both rivers were absolutely beautiful. Most of our fish were caught directly below spawning kings or at least in the glide path of errant eggs. 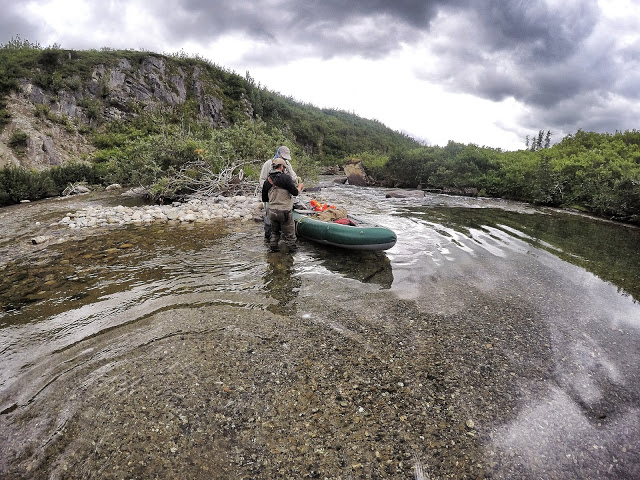 From the eagle-sized nests of chums (dog salmon) and even smaller pinks (humpies) to the bomb craters excavated by kings (chinooks), salmon redds pockmarked the riffles and outside bends of runs. Using their broad fan-shaped tails like a hydraulic shovel, the five species of pacific salmon in our river system jettisoned gravel and small stones while excavating their redds.  Soon, within these divots will be planted the seeds of a new generation of their kind.

When salmon leave the salt and are pulled into the fresh by some ancient mandate, they face only two possible outcomes: Die or have sex and die. As they make their way towards their birth creeks, they are hell bent on the latter. There are no second chances on these journeys. They migrate ever upward and when satisfied with their progress, they create their redds with a fiery intensity. The male's distorted kype jaw lined with sharp teeth are evidence enough of their willingness to defend their mission at all costs. Below the messianic salmon another cast of characters dog them incessantly.

Sockeye salmon (red salmon)
In the Talachulitna, grayling, rainbow trout and Dollie Varden set up shop in the slipstream of the salmon hoping initially for eggs, but sticking around for the huge meal to come. Like vultures they patiently wait. Soon the flesh of the decaying dead salmon and the maggots that feed on the flesh offer another opportunity to the species we fly fishermen love: rainbows, dollies and grayling. In addition to the egg suckers and flesh eaters, smolt and sculpin also search through the debris kicked out by the nest builders for insect nymphs and other edibles. And like teenagers at a dance, the jack kings look for both food and sex. 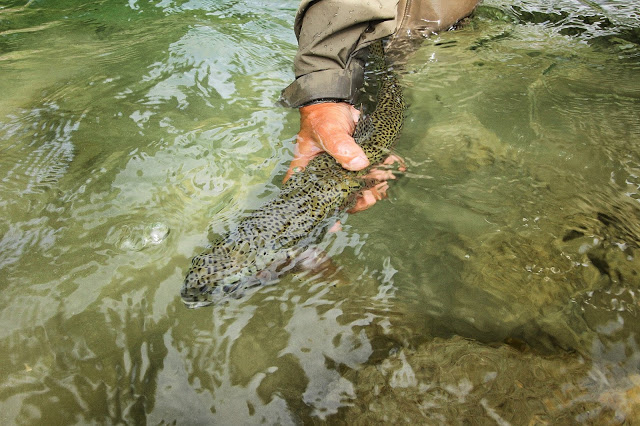 These days flew by and way too soon we heard the whop, whop, whop, of our choppers. They pivoted into the wind and soon whisked us back to the land of showers, cocktails and dinner. The only good part of ending the first two days was we had five more to come.
Next: The Middle Days