Back to top
This is a work of fiction. Names, characters, places, events, locales, and incidents are either the products of the author’s imagination or used in a fictitious manner. Any resemblance to actual persons, living or dead, or actual events is purely coincidental. No animals were harmed in the making of this work.
I was asked to show a few more of the bear photos I posted on Facebook in late September.
...And yes, it was quite an experience...
Exhilarating and a bit frightening all at the same time.
Here you go... 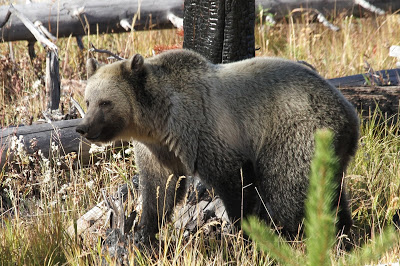 Soooo... in September, on my way home from the FISH group, I went fishing somewhere on some river in some park. I'll say no more than that.
I hiked a bit upriver and stopped at a likely looking spot. I reached to unhook my fly when something caught my eye in the deadfall from the ’88 fires. I dropped my rod and hiked over to the edge of the trees and sat down. 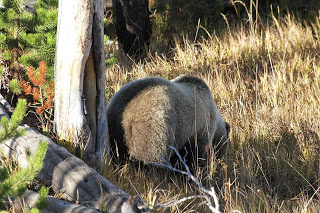 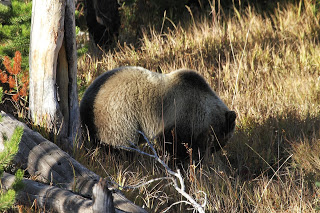 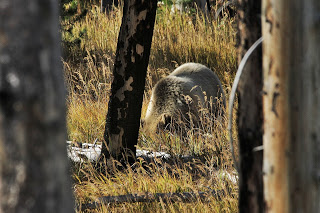 I knew I had seen something… elk? maybe a bison?… probably not... too lightly colored. Then I heard a big snap. Amongst the charcoal and gray deadfall, I saw a massive silver rump rocking back and forth. It looked up and I knew immediately what it was. A BIG grizzly. The huge bear was pulling up massive logs and licking grubs from the exposed bottoms. 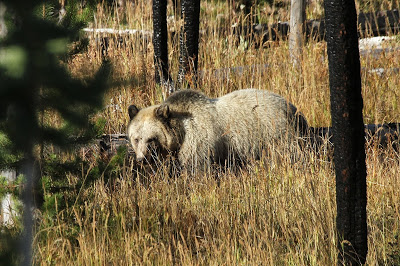 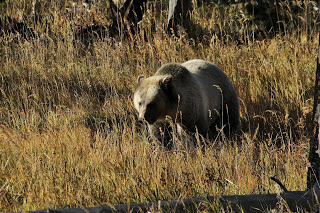 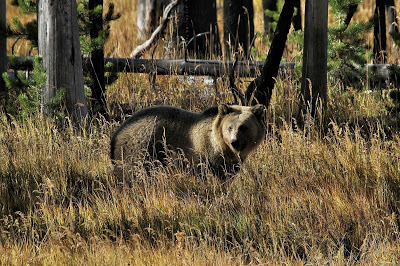 I hunkered down. With shaking hands, I fished my big lens out of my pack, slipped a black buff on it as camouflage and set it on a stump in front of me. I spent at least an hour photographing the bear. Even though I lost track of the time, I made damn sure there was no shift in the wind. The bear never saw me. It was a strikingly beautiful animal. 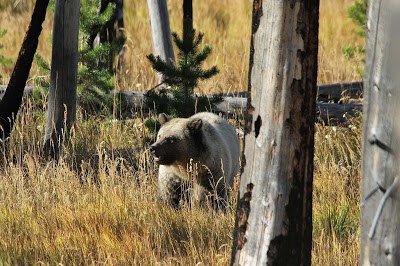 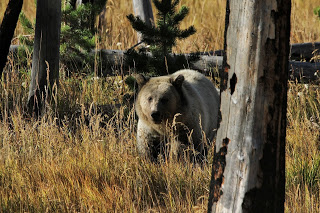 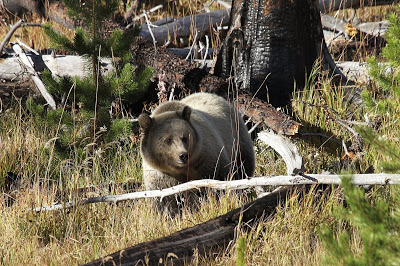 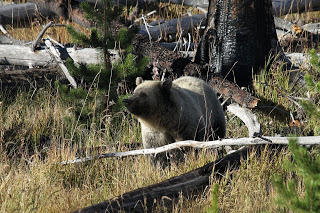 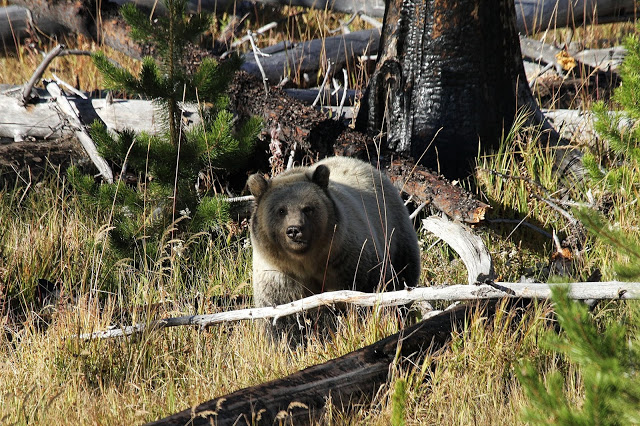 As I was thinking of making my exit, a backcountry official (euphemistic term) spotted me. He was on the trail by the river hiking up the river valley. He walked over to me and I, with a single finger over my mouth, told him to be quiet. He joined me and pulled out a range finder. The bear was 43.5 feet away. The legal limit is 100 yards.
He said, "We need to go."
I said, I know."
Then we spent 10-15 more minutes watching the bear. I told him I did not know his name and I was never there. He smiled. We left the bear to his grubs. He hiked upriver. I went to my car and continued my journey home. I never did fish that day.