Back to top
Last Saturday morning, a storm rolled in bringing heavy rain which soon turned to a dense wet snow. What was to be 1-3 inches became 6-7. Behind the storm lay an arctic cold front. By evening the temps had dropped into the lower 20's. It felt more like February than October.
This would normally have been all good and well... we would have hunkered down and enjoyed the beautiful fresh snow. But my nephew, Drew Overholser, who is on the faculty at the Journeys School of Teton Science Schools was on his way from Jackson Hole. He had two high passes to cross: Togwotee Pass in the Absaroka Mountains and Powder River Pass in the Bighorn Mountains. What should have taken him a bit under seven hours turned into nine. We worried about him all day knowing how taxing that journey can be in a winter storm. He finally arrived blurry-eyed and tired a bit after dinner time .
We had planned on fishing Sunday, but we awoke to 17 degree temps and everything encased in ice and frozen slush. We soon punted and watched football. On Monday, I took the afternoon off and with pleasantly warming temps, we drove to a small ranch outside Buffalo, WY.
The water was very cold, but as the afternoon wore on, the weather warmed into the lower 50's and we finally got some fish to move. Drew caught some fish, I caught one of the most beautiful browns I have ever seen and we ended up having a great day. Thanks Drew for making the effort. It was a lot of fun! 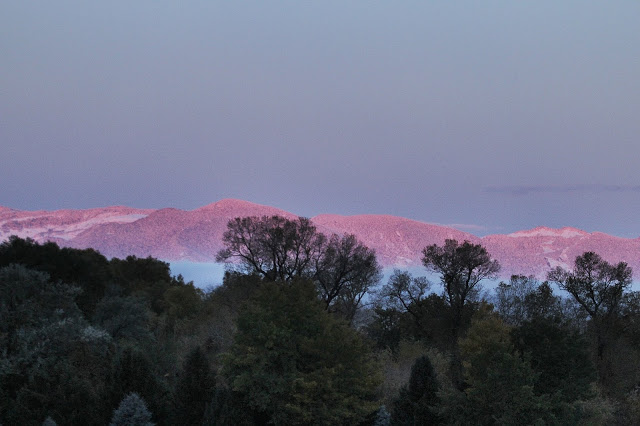 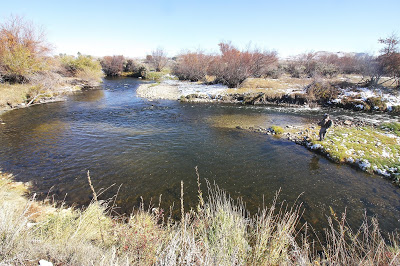 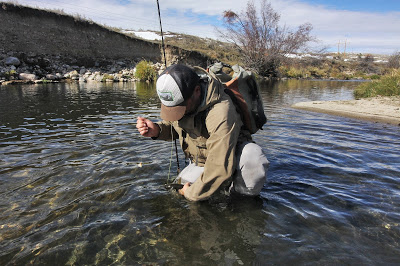 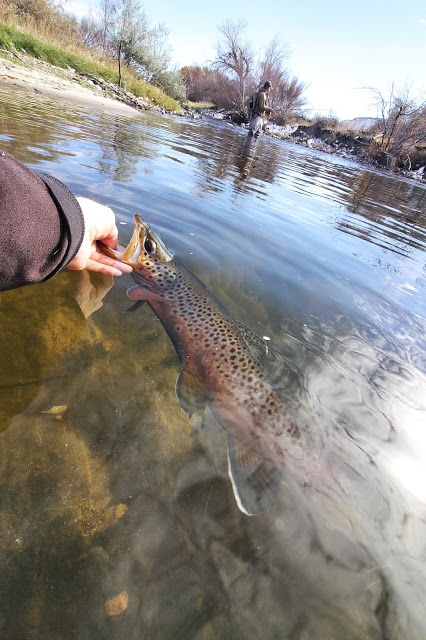 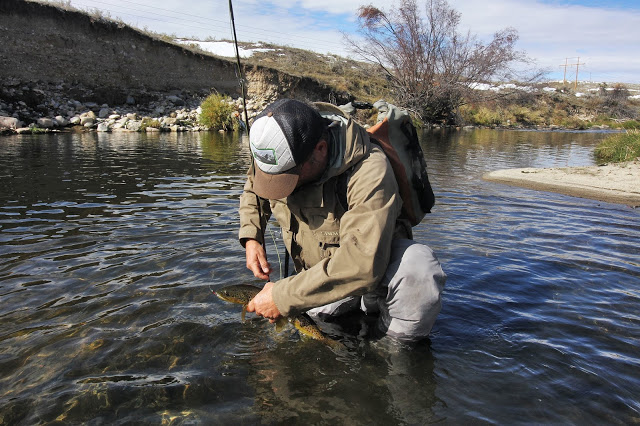 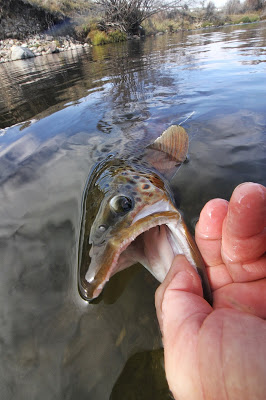 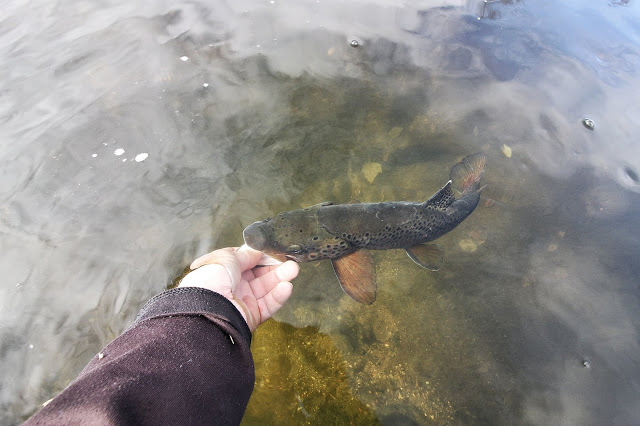 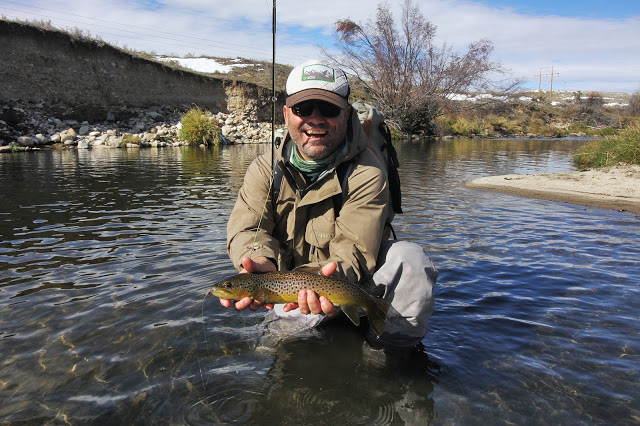 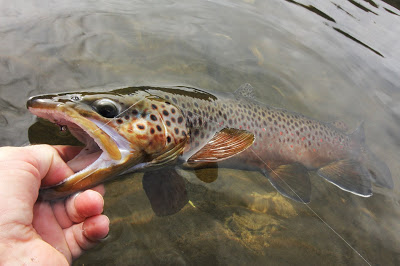 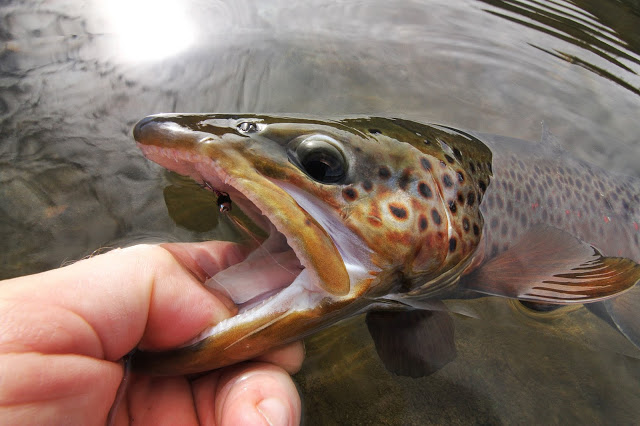 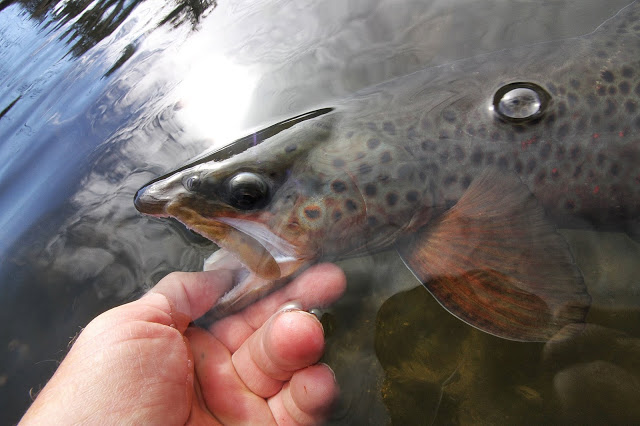