Back to top
In 1932, The Great Abaco Hurricane screamed up Abaco Island in the Bahamas striking the settlements of Hope Town, Marsh Harbour, Green Turtle Cay, Coopers Town and Great Guana Cay. Six residents died and the hurricane destroyed most of the island’s homes and public buildings. Winds reached 200 mph on Great Guana Cay where some of the stone blocks from a destroyed church were carried over a half mille by the winds and storm surge. Vessels caught in the storm registered Force 12 winds on the Beaufort Wind Scale.
As the storm finally left the north end of Abaco, it had one last surprise upon reaching Cave Cay and the vast area of flats surrounding it. Cave Cay, lying 5 miles off the north coast of Abaco, was virtually obliterated by this Category 5 hurricane. The storm razed the island and the force of the wind and water cut the island in half. The surviving residents had no where to go. In the days following the storm, the government (the Bahamas were then under British control) relocated these residents to the mainland on Little Abaco Island. The government built small homes to house the victims and created in the process a new village called appropriately Crown Haven.
Now, 86 years later, Sidney Thomas and his wife Keeta, have returned to their home on Little Abaco Island. Sidney, frustrated by the lack of upkeep promised by the family that leased the building on Water Cay to them, are now relocating their bonefish lodge from the beloved Water Cay to Crown Haven, some 40 miles away.
They are calling this new lodge Little Abaco Bonefish Lodge. The lodge will occupy a home built by Sidney Thomas some 30 years ago. There will be no issues as to repairs or cooperation this time! Keeta and Sidney will be living on one side of the lodge and the other side will house up to 6 anglers in three bedrooms. A living room with TV will offer a place to relax and food will be prepared and served by Keeta in a kitchen which is adjacent to the living room. The three bedrooms will share two bathrooms. The entire home is air-conditioned with brand new outside units. This will not be a fancy lodge. It will be clean, comfortable and cozy. Plenty of amenities for hardcore anglers. 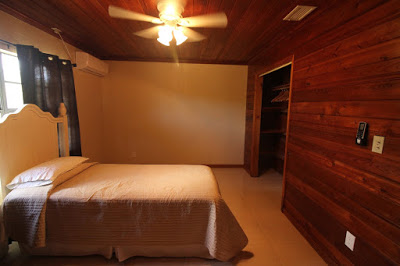 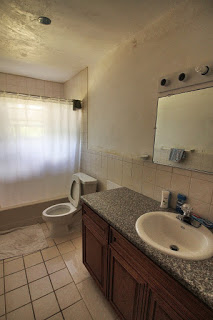 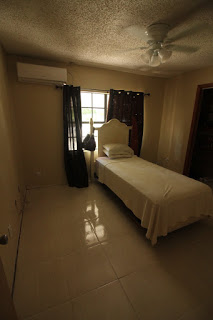 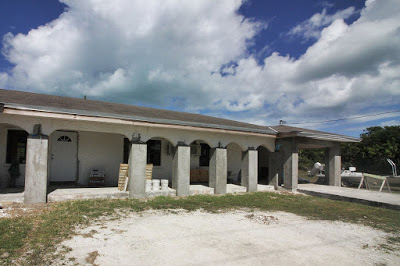 There is a great seaside bar within walking distance. Everyone is very friendly in the village and eager to help Sidney get his lodge off the ground. Fishermen come in daily with their catch so there will be much better access to fresh seafood at Little Abaco Bonefish Lodge than at Water Cay.
The best way to reach the lodge is though Marsh Harbour. There are two daily flights on Silver Air from the states and other carriers daily bring travelers from Nassau. Marsh Harbour has three good liquor stores so getting supplies for a sunset cocktail or two should be a snap. 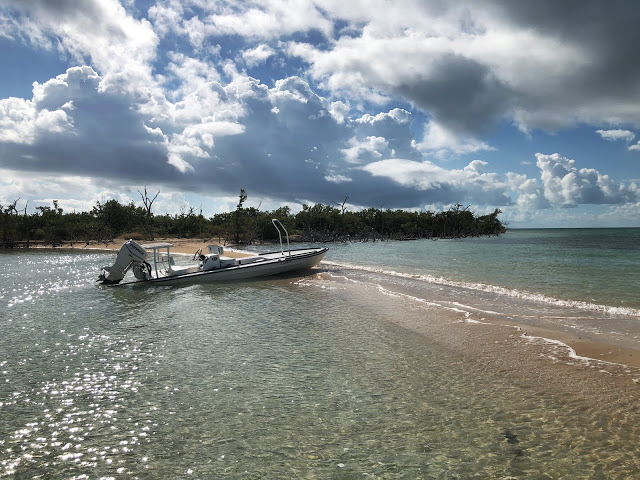 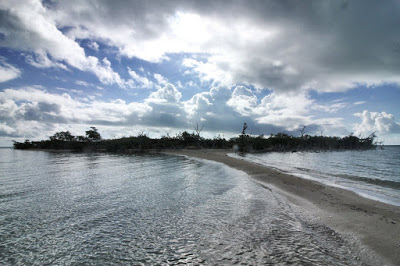 But that is not the good news.
The good news is...
To the west, east and north lie some of the best bonefish habitat in all the Bahamas. Previously difficult to access demanding either a long boat ride from the east end of Grand Bahama Island or an hour drive from Marsh Harbour or Treasure Cay, this area has always been highly prized by in-the-know anglers.
I personally can attest to the quality of this area as I have been fishing it off and on with great success for over 30 years. (but that is another story). From Mangrove Cay to Cross Cay and from Stranger Cay to Powell Cay, beach flats, mangrove lined creeks, white sand banks, tiny cays and oceanic cuts stretch as far as the eye can see. In fact, the very channel that cut Cave Cay in half by the Great Abaco Hurricane is just one of hundreds of prolific bonefish spots within reach from the boat ramp. From Crown Haven, the guides of Little Abaco Bonefish Lodge can chase the tides on both sides of the island as tides can vary by as much as 4 or 5 hours.

Also, If the wind is from the northeast you can fish the west side of the island, if its coming from the southeast you can fish the east side of Abaco, the lees of the west side and its oceanic flats that stretch to the north. But this variety and options are not really the best news... anglers who loved Water Cay and the guides there will be thrilled to know, Little Abaco Bonefish Lodge will access some of the BEST wading flats in the Bahamas. From hard-packed sand to beach flats to undulating pancake flats much of this vast area is very wadeable!
Those of us that loved Water Cay know that if Water Cay Lodge lacked anything it was wadeable flats. Not any more. Now the great guides of Water Cay including Greg Rolle and Sid are making plans to put visiting anglers on these great firm wadeable flats.
As renovations continue, Little Abaco Bonefish lodge is, at the present time, a work in progress. But the raw materials are in place. Good guides, good skiffs, hard-working staff, a good cook, and terrific flats and fishing hold great promise for the future.