Back to top
It's hard to repeat a great trip. But most of us were here again... ready to give it a try. We were again headed to the southern shore of Cuba. Last year we were in the Jardines de la Reina. This year, we were headed a bit west to the Islands of Youth (Islas de la Juventud). Could we do it again? ... Could we have a repeat of that sensational trip to the Gardens of the Queens last year.
Only time would tell.... 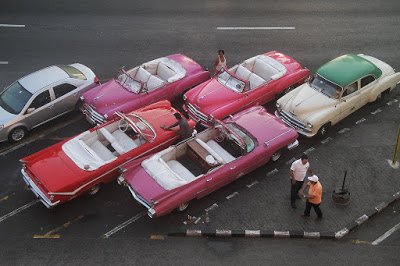 In 1978, Fidel Castro presided at a state ceremony changing the name of the Isla de Pinos (Islands of Pines) to Isla de la Juventud (Islands of Youth). Castro dream was to turn the island into a grand communist university for students from around the world. Castro brought in students from many communist leaning countries including Angola, Nicaragua, Venezuela, and Chile. Today that dream is long gone. Most of the school's buildings are abandoned and the island has reverted back to its agricultural roots. 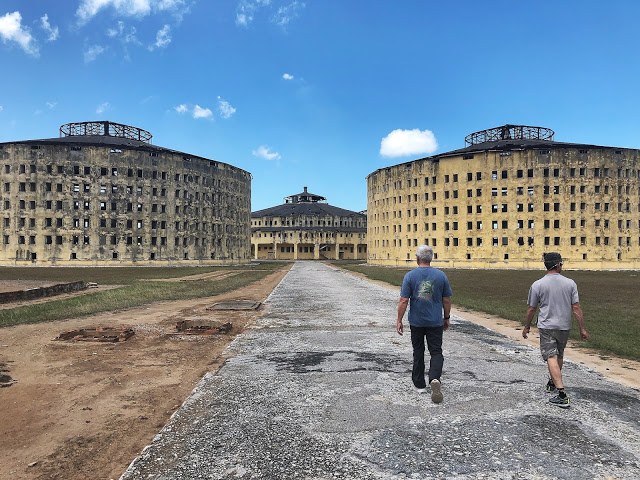 Fidel had a special relationship with this archipelago. Just outside the main town of Nuevo Gerona sprawls the Presidio Modelo, or Model Prison, Cuba’s most dreaded and imposing pre-revolutionary prison. Inside the infirmary, posted on a wall, is a mug shot of its most famous inmate, Fidel Castro.  In 1953, when, as a 27-year-old lawyer, Prisoner 3859 began his rebellious career with an attack on a military barracks in the city of Santiago. Castro had hoped this act would spark an uprising around Cuba, but it failed abysmally. Many of his approximately 160 followers were tortured and executed and most of the rest hunted down. He was given a 15-year sentence and sent with 25 compañeros to La Isla. It was here the revolution was planned. Inexplicably, three years later Batista released Castro and the rest, as the say, is history.
Now almost 70 years later, my crew was here to fish.
After descending from our charter from Havana to Nuevo Gerona, we had our passports recorded, our temperatures taken and our bags delivered.
We knew after our great trip last year, it would be tough to match that experience, but everything seemed in place. The Avalon 1 was beautiful, the staff obviously superb and the skiffs, now on trailers in the boatyard, were beautiful with virtually new 4-stroke engines.
Weather permitting, this would be a good week! 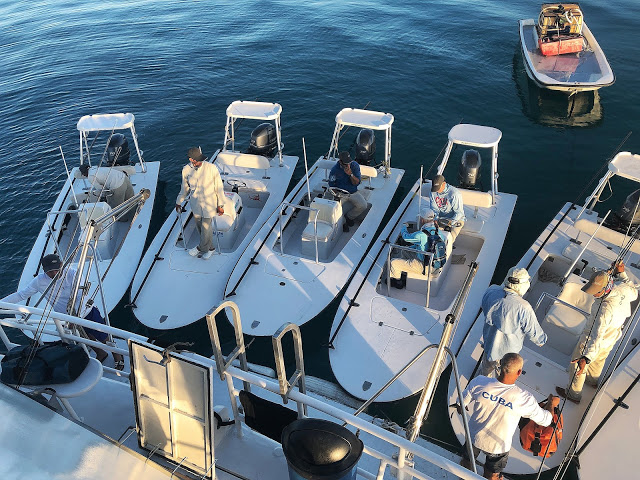 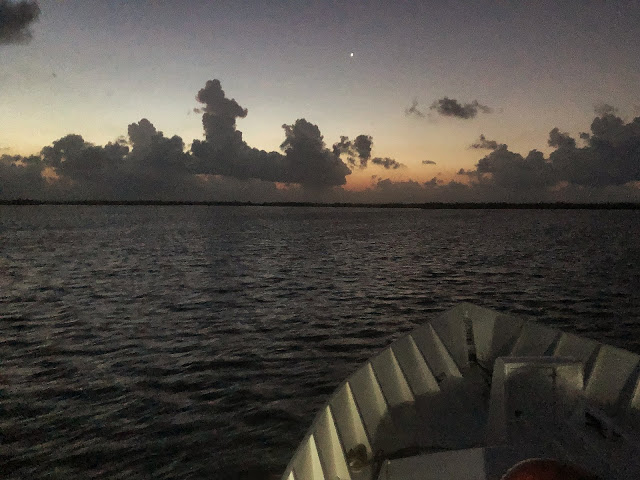 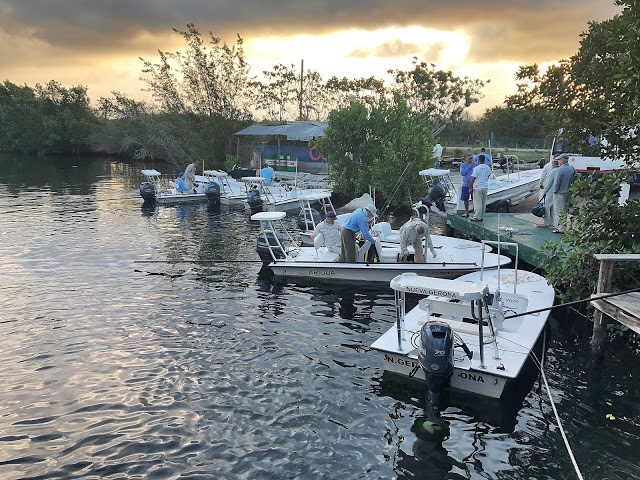 NEXT... Let the Games begin!