Back to top
Jim Woollett caught the "tarpon of the trip" off the Cayo Cantiles reef in the Islas de Juventud off the southwest shore of Cuba. It was towards the end of our week and Jim was with the IDJ Avalon 1 head guide Manolo who was able to find a hole in the reef that allowed them to pursue this monster as it jetted from the inside of the reef to the outside bluewater. Here is Jim's rather poetic account of this epic encounter. Jim is now calling himself a "bard". Oh jeez!
Cayo Cantiles
Just offshore the Monkey Island. The full fury of waves is audible as they crash on the reef in front of us. Tarpon on the brain.
The skiff rises and falls with each swell. It’s a constant melee of surf and foam and motion. Steve aka Doc Peskoe and I scan the interior of the long break in front of us for tourmaline shadows.  Manolo’s push pole bends to stay on the fringe of the shoal. 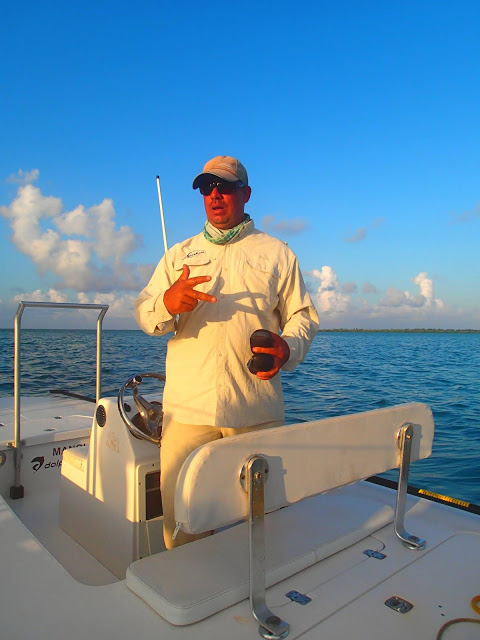 Light goes flat under burgeoning clouds and wind assails the sea. Gunmetal wash. Floating lines are stowed and intermediates take the stage in a plea to triumph.
Another wave topples the bow of the skiff. Light dances on emerald green foam. Vision reborn.
Tarpon materialize in the trough of the wave behind us. Moving with purpose.
Manolo yells and a dark fly pierces the sky to intercept. Purple and black swims, electrified.
Holy hell breaks loose as silver crushes steel and feather. Brutal and unrelenting, line pursues a distant aquamarine.  Sage rod contorts; reel sprints to white string. Sovereignty becomes unknown.
Saltwater continues its reprisal and breaks heavily on the deck. Doc seizes a belt loop before angler succumbs to castaway. 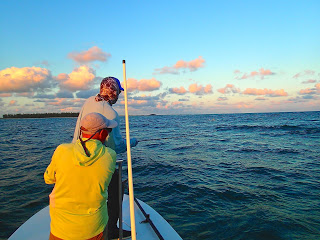 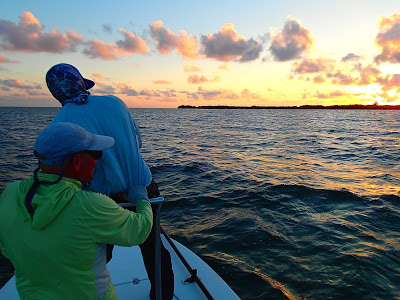 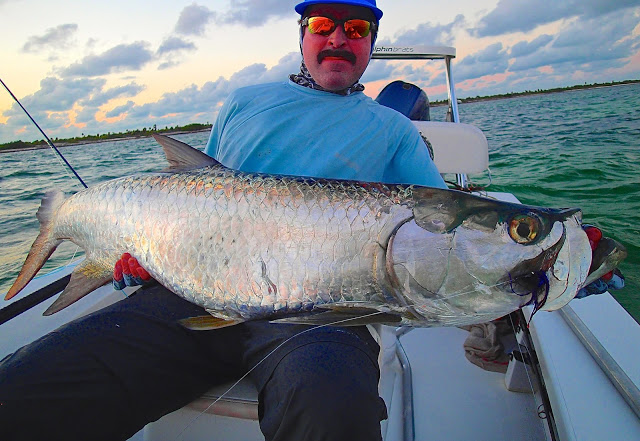