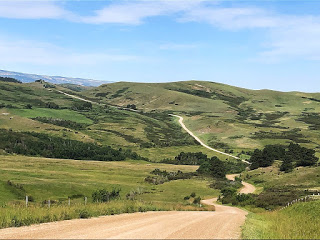 Tuesday, I met Randy Blaine behind the Fly Shop of the Bighorns. We had planned a fishing day and the weather gods had smiled on us. Randy had brought the lunch (and a good one at that!) and I had done the logistics. We loaded up his Suburban and soon we were off on our "vacation" as Randy termed it!
After a few miles, we pulled off the interstate and headed north across the Wyoming border into Montana. 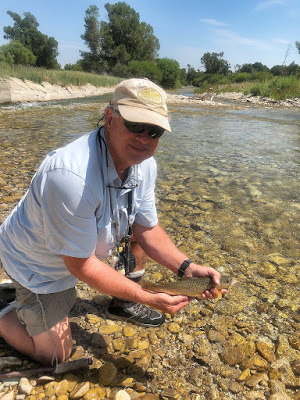 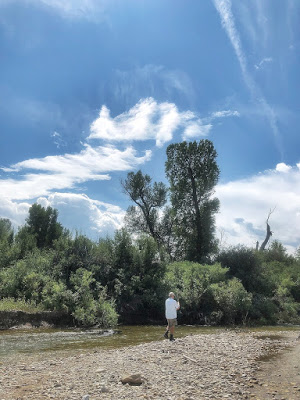 After bushwalking our way though dense willows and deadfall, we found an untouched stream filled with trout just coming out of the shock of snowmelt waters. 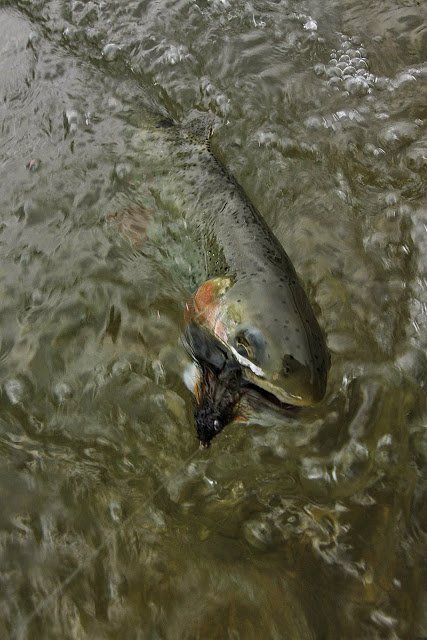 Runoff had concluded a few weeks ago in Wyoming and here, just across the border, runoff had probably just slowed down a few days ago. All the stonefly shucks were brand new. Probably from last night. This would normally be the case in June, but here it is August and the water is just warming up!
The water temps were 52-54 degrees and the fish were gingerly flashing hoppers and beetles and the few PMD's we saw. They were very reluctant to eat and often required multiple drifts before one would commit.
The fish acted like they had seen a lot of pressure, but I assure you, no one had been in here at all. We saw no tracks (except noted above). One had to conclude the fish were not in the feeding mode yet this year. But, with our 92 degree temperatures things will change fast now!
In any case we caught quite a few fish, turned some monsters and had a great day on a beautiful stream!
Thanks for a great day Randy!