Back to top
We received a text from Ketta late last night. Sidney's sister was able to get over to Little Abaco yesterday for the day and she said Sidney is OK! She did not get to see or speak to him as he was out helping others in the community that were worse off than he and helping cleaning up. Sounds like the lodge is damaged, but standing and fixable. Still no photos or details as the phone services are still down and communication is tough. Good news nonetheless!!
It is still a long road ahead for Sidney, Ketta, and all their family and neighbors.
We are all extremely grateful for the outreach of concern and kind words along with the generous donations you all have made thus far. Let's keep it going! Every bit helps!
Go Fund Me page for Little Abaco Relief Fund is here
We will continue to keep everyone posted as news hopefully starts to become more readily available.
Thank you!
Go here
Photos Show Hurricane Dorian Damage In The Bahamas
September 4, 201911:53 AM ET 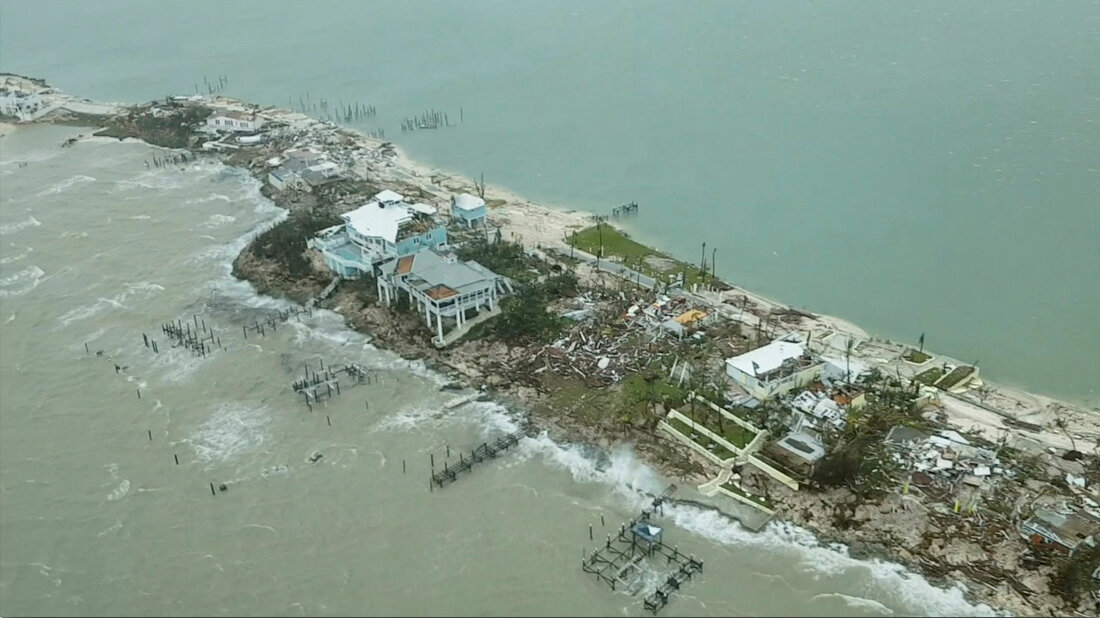 An aerial view shows devastation after Hurricane Dorian hit the Abaco Islands in the Bahamas on Tuesday.
Terran Knowles/Our News Bahamas via Reuters
Hurricane Dorian battered the Bahamas with high winds and rain for more than two days, and officials in the Bahamas say at least seven people died in the storm, including children. That toll is feared to rise as recovery efforts get underway. 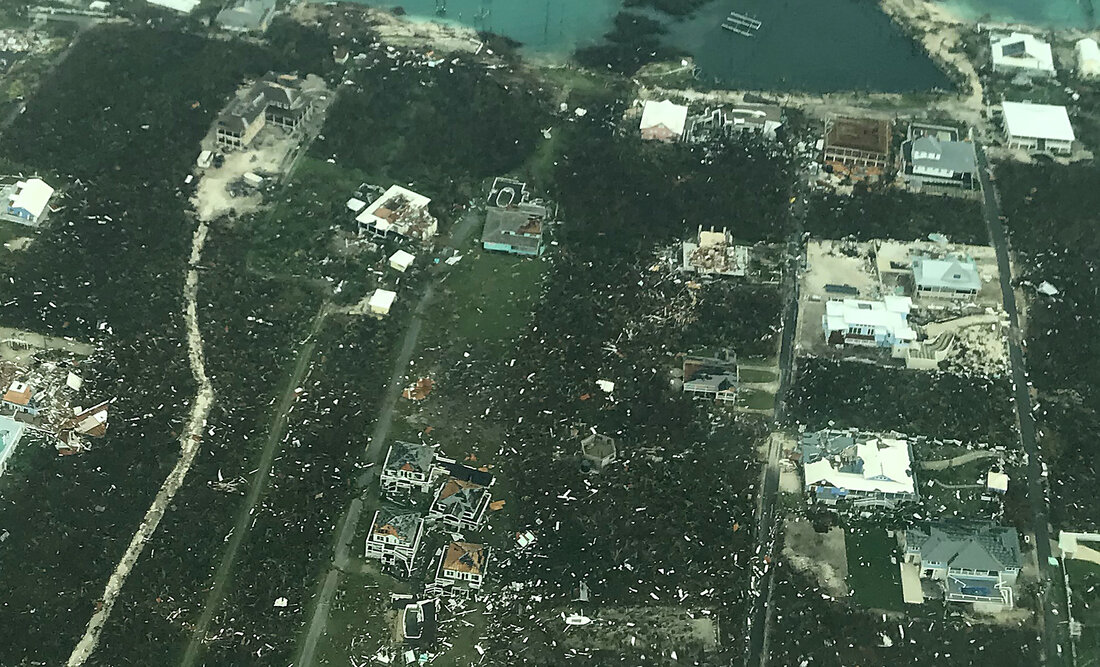 Part of the Abaco Islands were damaged by Hurricane Dorian, as seen on Tuesday in the Bahamas. The storm hit the island late Sunday as a Category 5 hurricane and then stalled.
Head Knowles Foundation via Getty Images 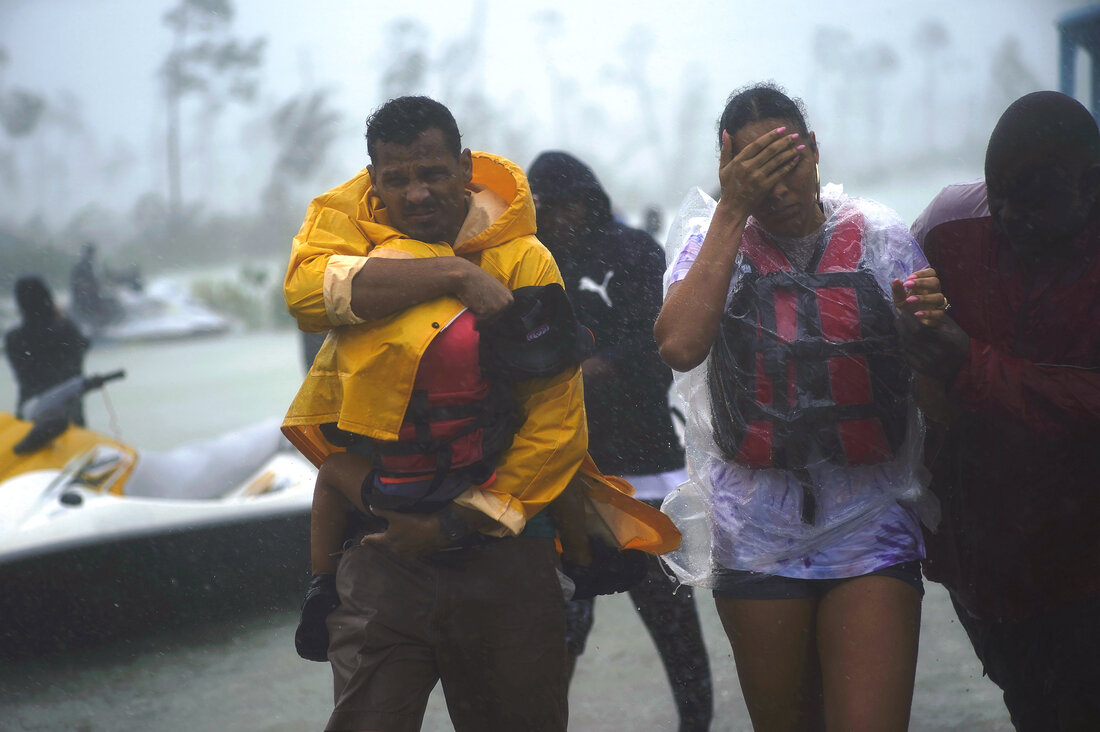 A family is escorted to a safe zone after they were rescued as Hurricane Dorian continues to rain in Freeport, Bahamas.Ramon Espinosa/AP
As images from the island chains show, the slow-moving hurricane brought strong winds, heavy rain and a life-threatening storm surge to the Bahamas, inundating homes and entire villages with water.
National Hurricane Center Director Ken Graham says Dorian is "still hovering right off the shore" of Florida, with maximum sustained winds of 105 mph. Graham says that by early Thursday morning Dorian will be "right off the Georgia [and] South Carolina coast." 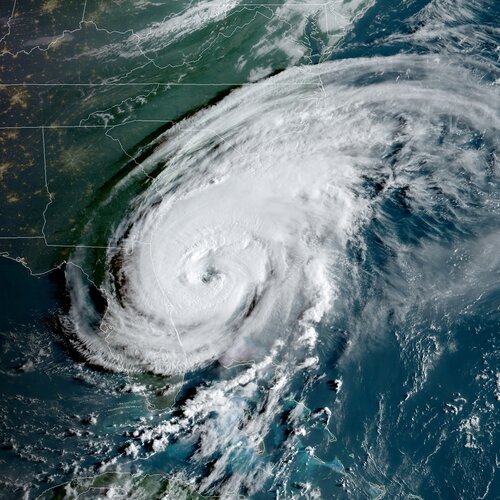 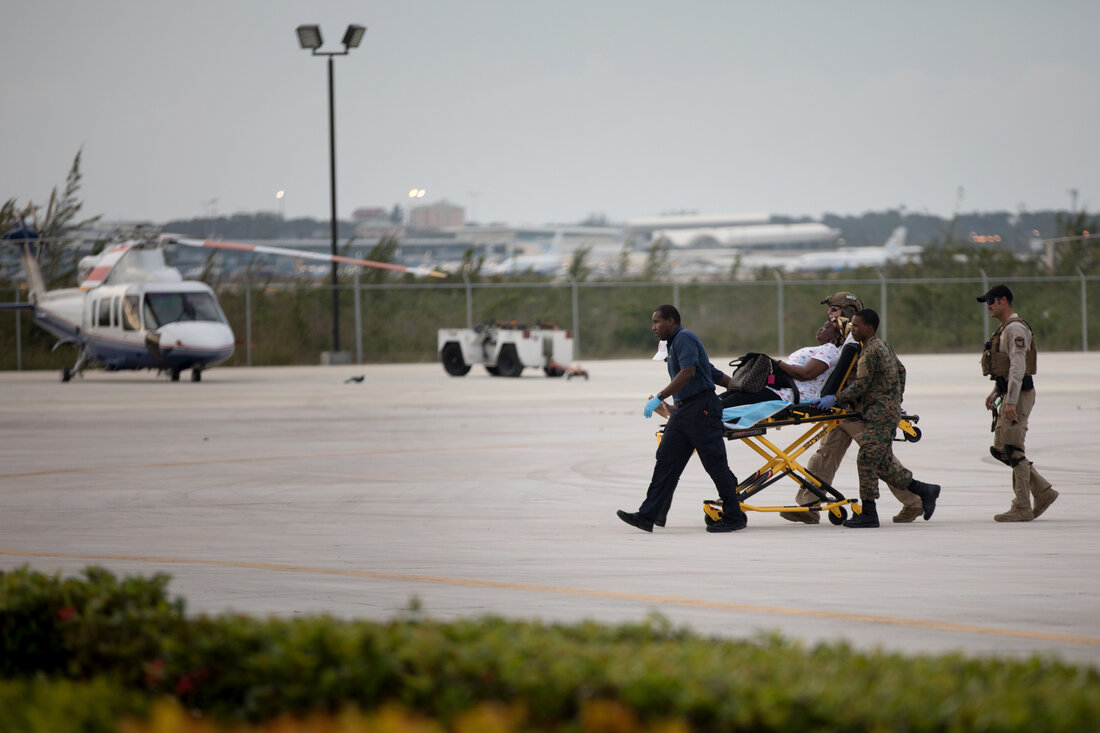 A woman was rescued with the help of U.S. Customs and Border Protection after being stranded by the hurricane in the Bahamas on Tuesday.
Cheryl Diaz Meyer for NPR 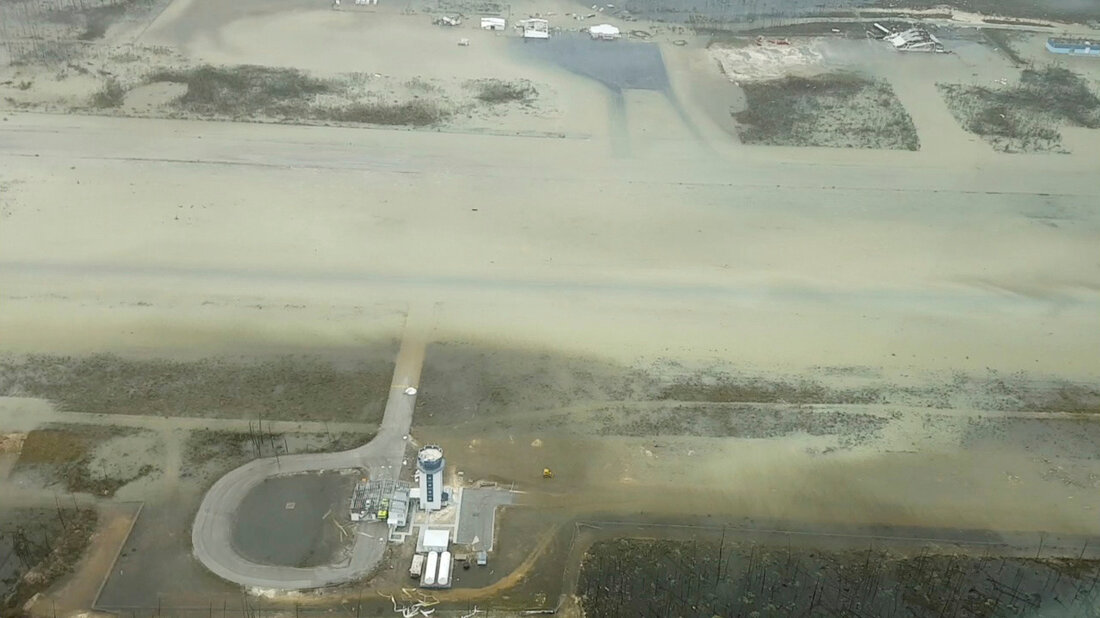 An aerial view of Marsh Harbor's airport after the storm hit the Abaco Islands on Tuesday.
Terran Knowles/Our News Bahamas via Reuters 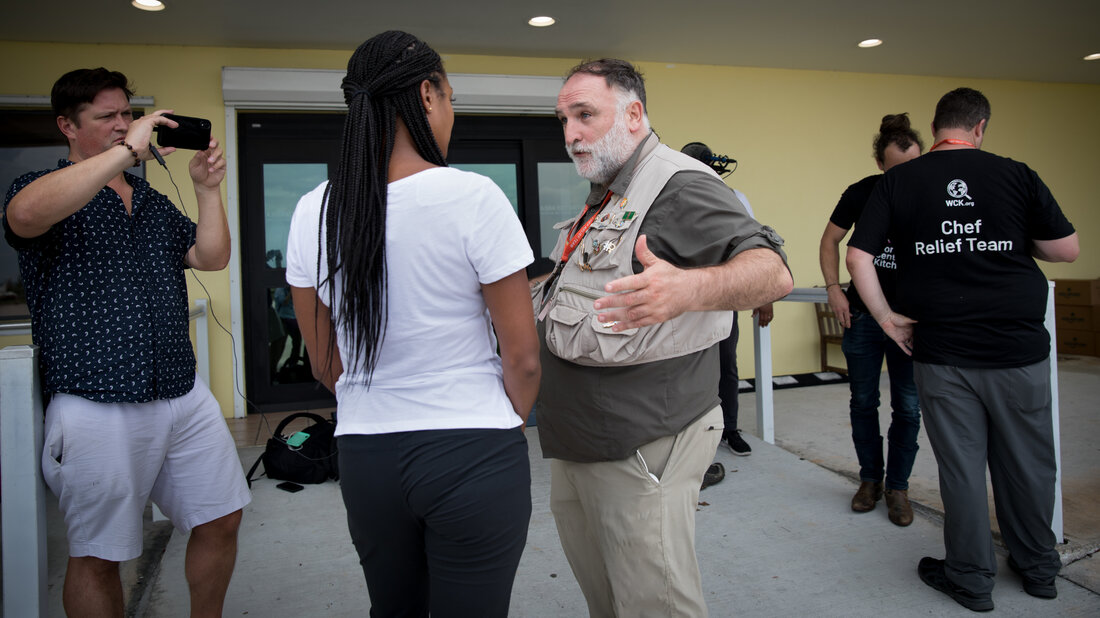 Chef José Andrés is interviewed by ABC News' Stephanie Wash before he leaves for his first mission to deliver food to stranded Bahamians who survived Hurricane Dorian.
Cheryl Diaz Meyer for NPR
As the Bahamas tries to take stock of the damage and send aid, chef José Andrés is also present, having traveled to the islands to help feed storm victims and emergency workers.
"The destruction in Abaco and Grand Bahamas is huge," Andrés told NPR's Steve Inskeep on Morning Edition. 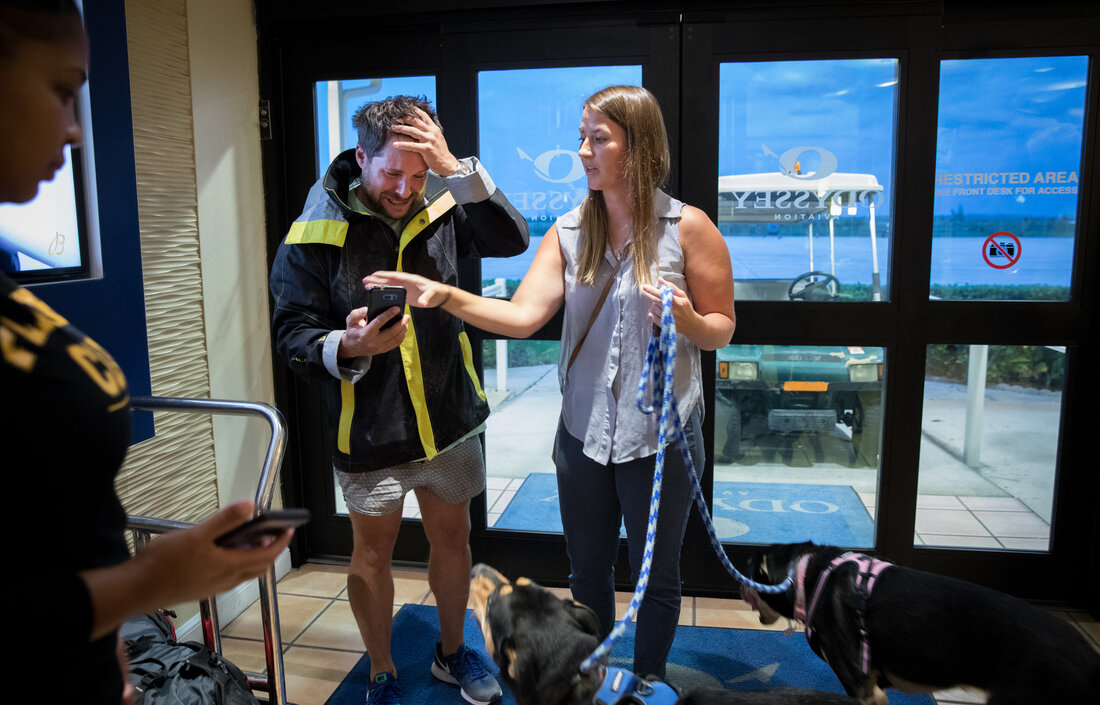 Alex Cepero cries while his friend Cassandra Shipp holds his two dogs upon their arrival from being rescued from Marsh Harbor on the Abaco Islands.
Cheryl Diaz Meyer for NPR 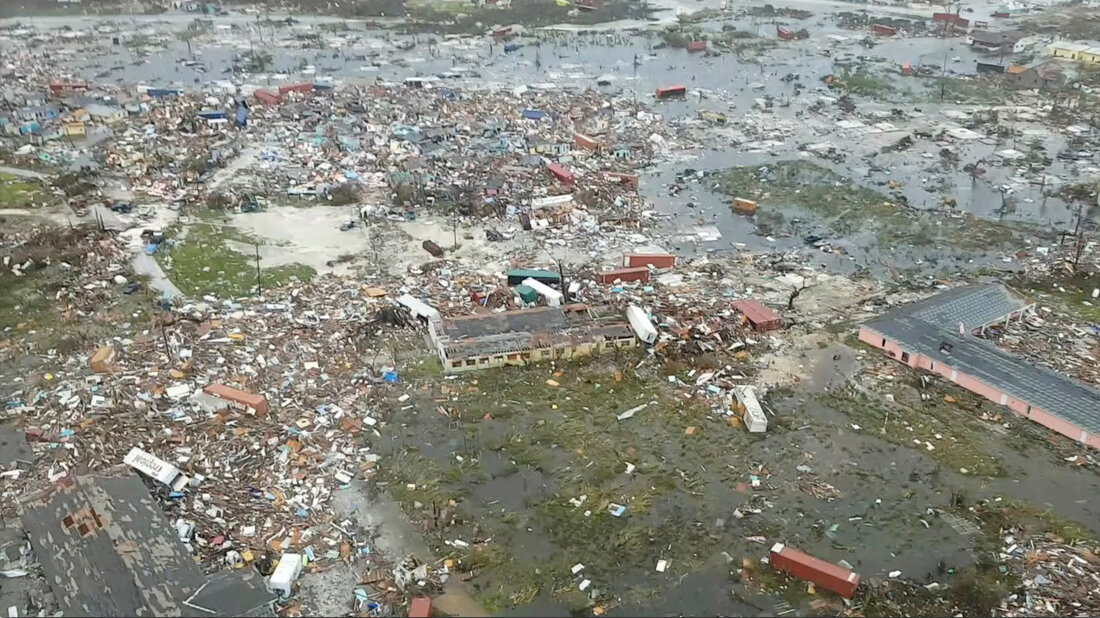 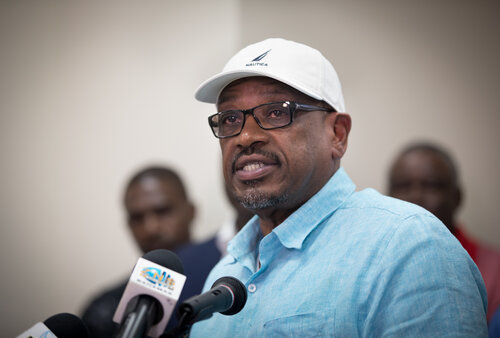 Bahamian Prime Minister Hubert Minnis addresses the media and the country at the National Emergency Management Agency about damage caused by Hurricane Dorian on Tuesday.Cheryl Diaz Meyer for NPR
Bahamian Prime Minister Hubert Minnis describes a scene of devastation on the Abaco Islands, saying the airport runway is completely flooded. "In fact, the area around the airport now looks like a lake," Minnis said.
Of the magnitude of the damage, Minnis said, "It is going to require a massive coordinated effort to rebuild our communities." 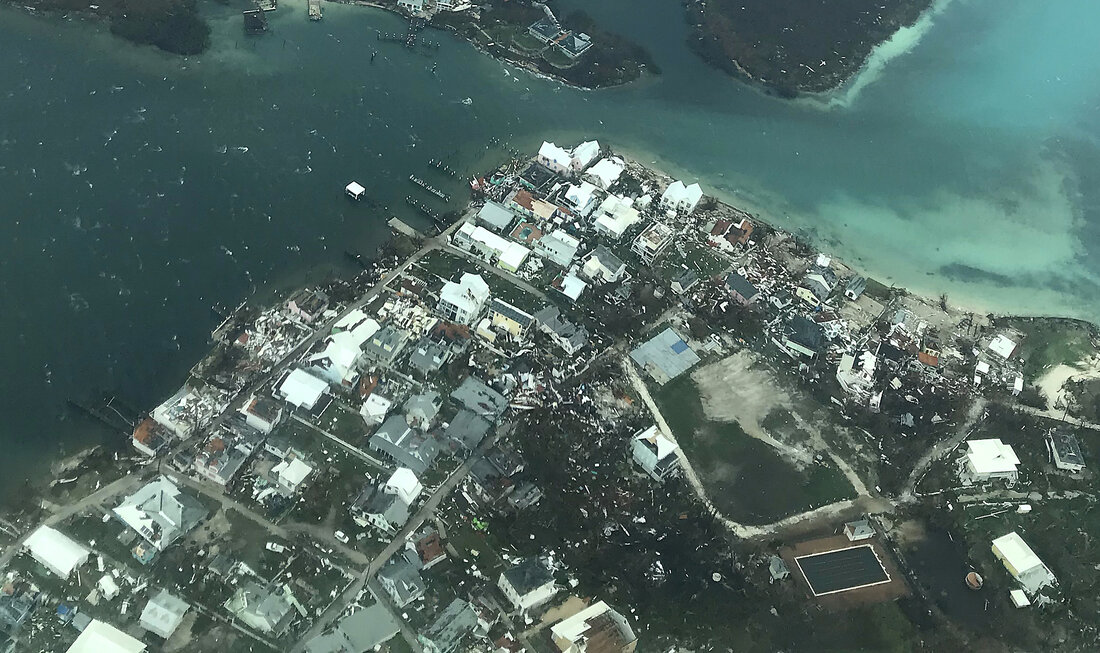