Rarely does a trip go perfectly. A thousand things can conspire to complicate any trip. Airline delays and flight cancellations, bad weather enroute and lost baggage can frustrate you before you ever get started. Once at your destination, high water, low water, rain, wind, equipment failure and illnesses are just some of the reasons angling adventures can be less than perfect. If you choose to enter the arena and pursue the world's greatest fish, challenges await. Good anglers take these challenges in stride. They know a few hiccups are just the price of admission. Those with weaker constitutions take up bowling or watch reruns of Dancing with the Stars.

But for those that peservere, every now and then, you get a perfect trip. And the rewards are huge.

The 12 of us that just returned from Brazil’s Agua Boa River just experienced such perfection... we had perfect weather (only a few rainstrorms and we were in a rain forrest!), perfect water levels (not too high or off color or too low making fish more spooky) and perfect days (a great group with everyone possessing a superior fun-loving attitude). Each and every one one of us caught big peacocks (meaning over 8 lbs.) and often many in one day. I think the largest peacock caught was in the 18 lb. range, but we caught many in the 12-15 lb. range. Doug Jeffries and I lost track one day. I’m sure we caught between the two of us twenty fish over 8 lbs. and up to 15-16 lbs. More on this later...

I’m not going to recap all the details of an Agua Boa trip in this report. There are over 10 years worth of reports on our blog that delve into all the details.  If you are considering a trip to the Agu Boa Lodge, I urge you to look through these blog posts. They will give you a good feel for the experince. So... in the several posts to follow, I am going to publish quite a few photos and recount a few events that hopefully will give the reader a feel for our trip. 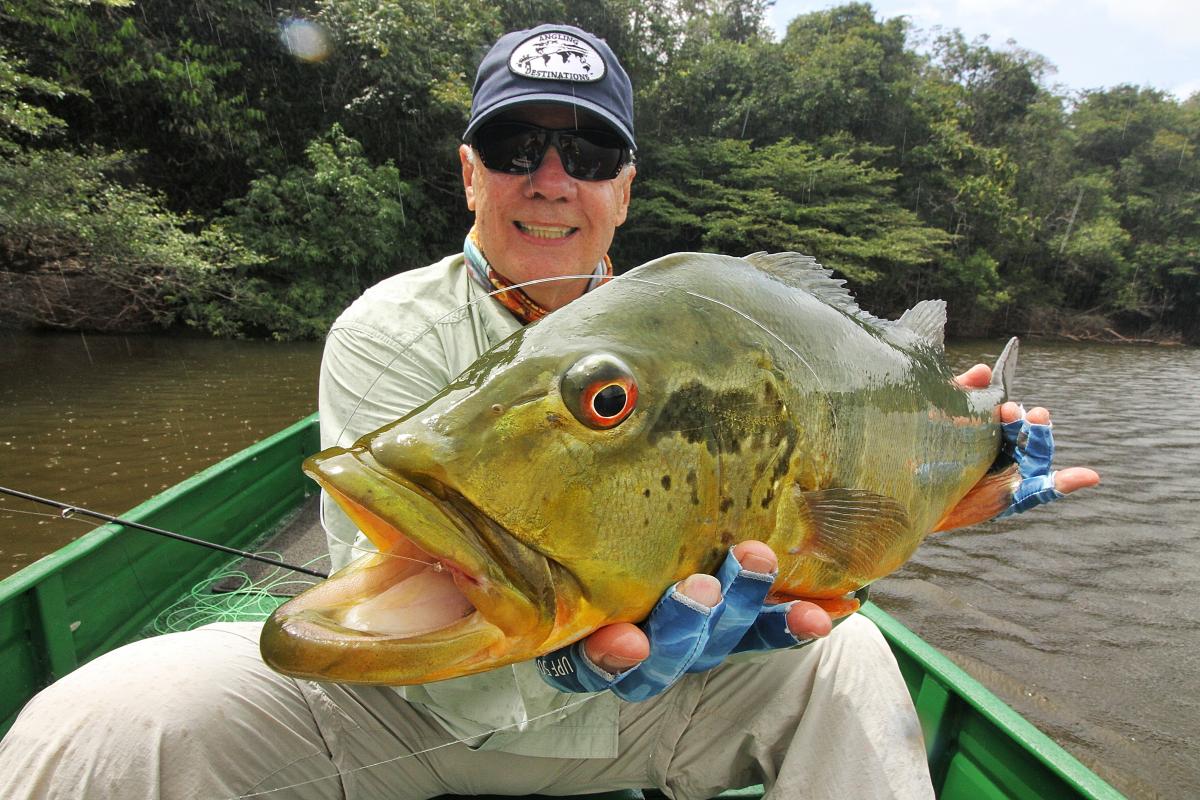 Scott Sawtelle and I fished together on our arrival day and on our first full day together. After we touched down on the lodge's asphalt runway, we rigged rods, made a lunch and jumped in a boat with our guide Irmao. Irmao turned our skiff upriver and soon we were once again relishing the sights and sounds of the Amazon. Scott and I had a great day. Scott almost immediately caught a giant peacock, then a solid paca (spotted peacock) and I soon added a feisty payara to our tally. Both of these fish were beautiul examples of what these waters have to offer. 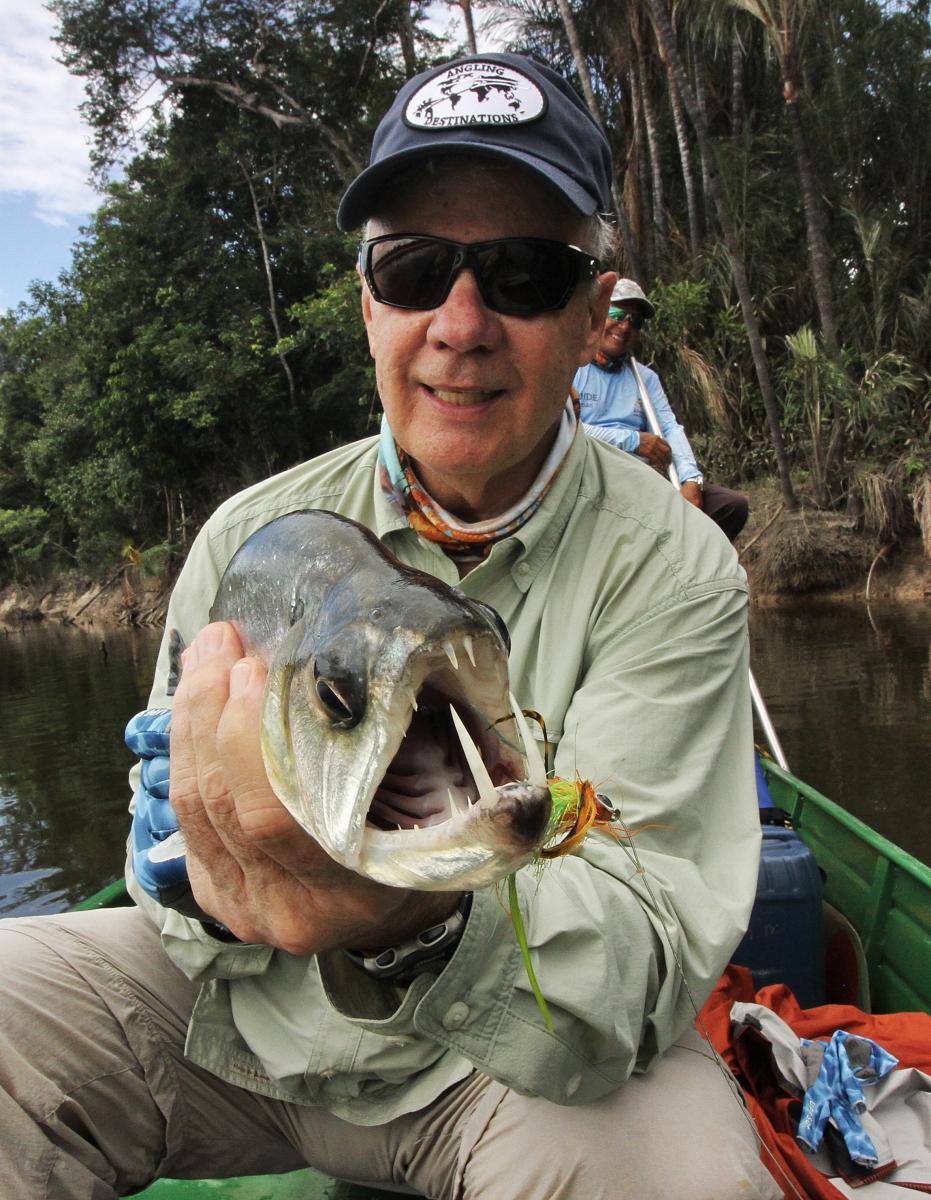 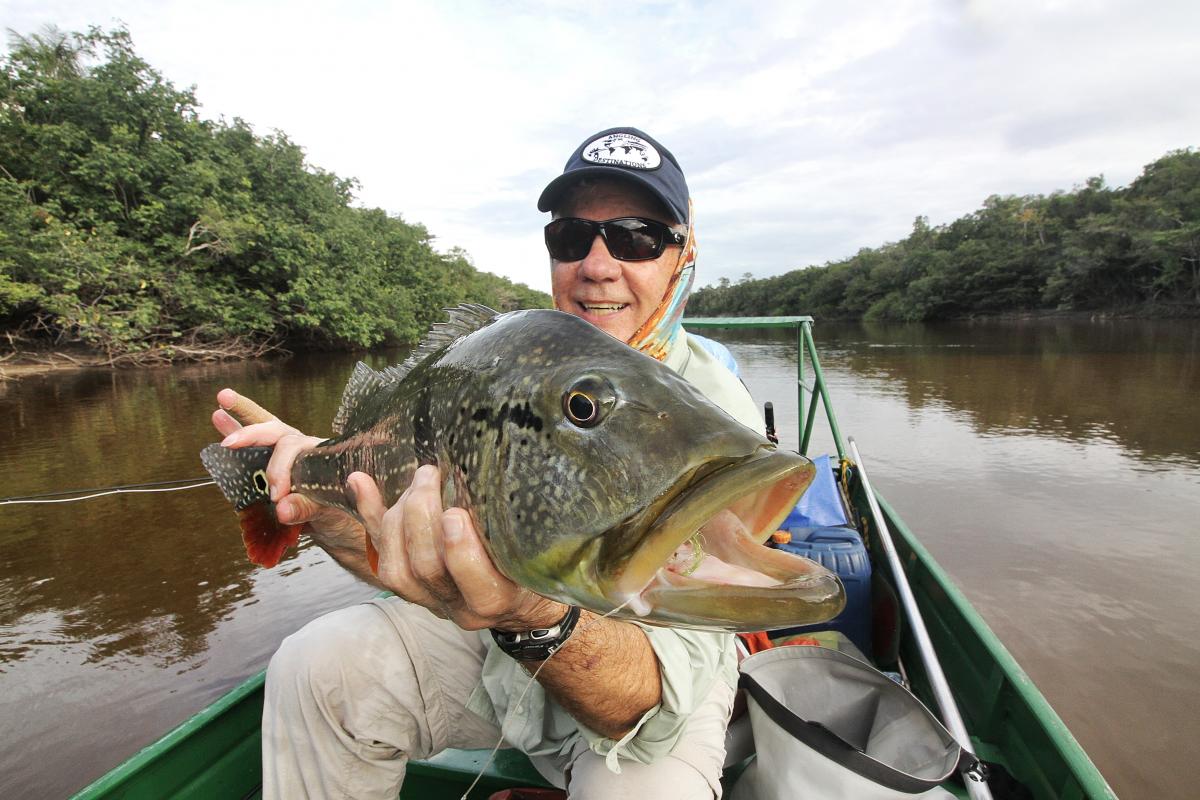 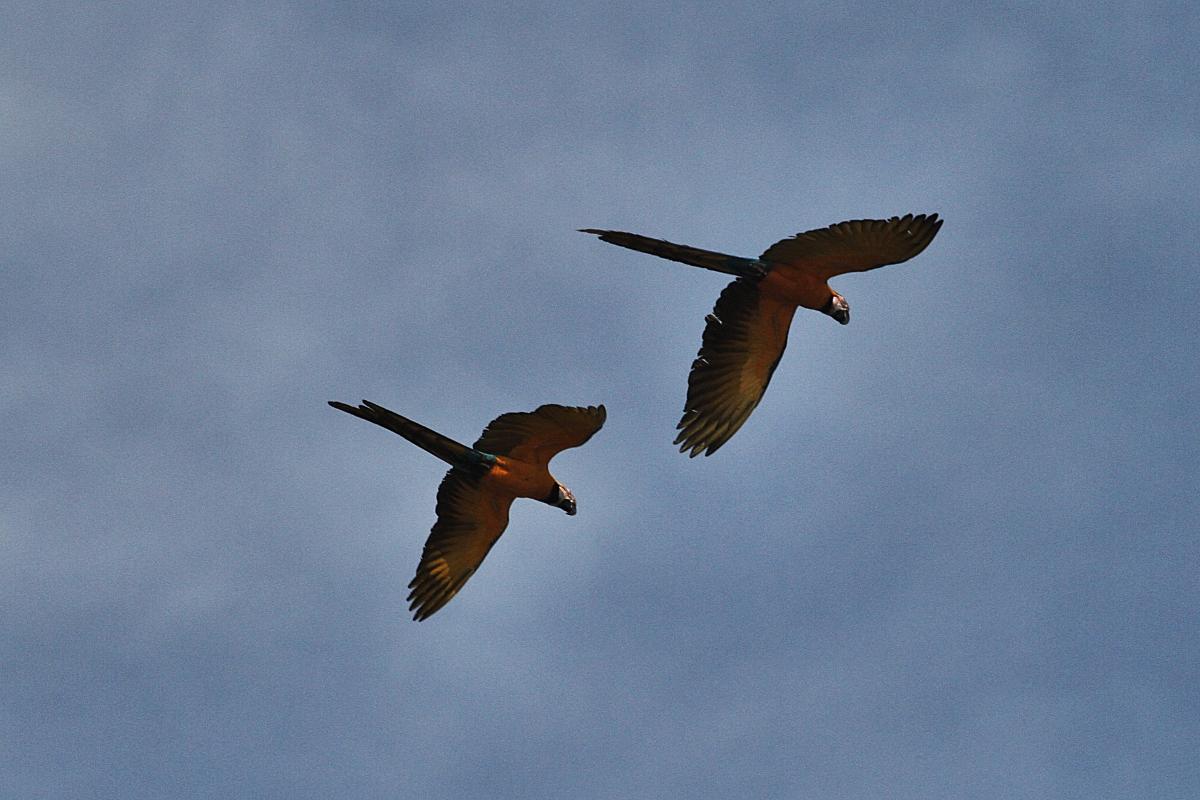 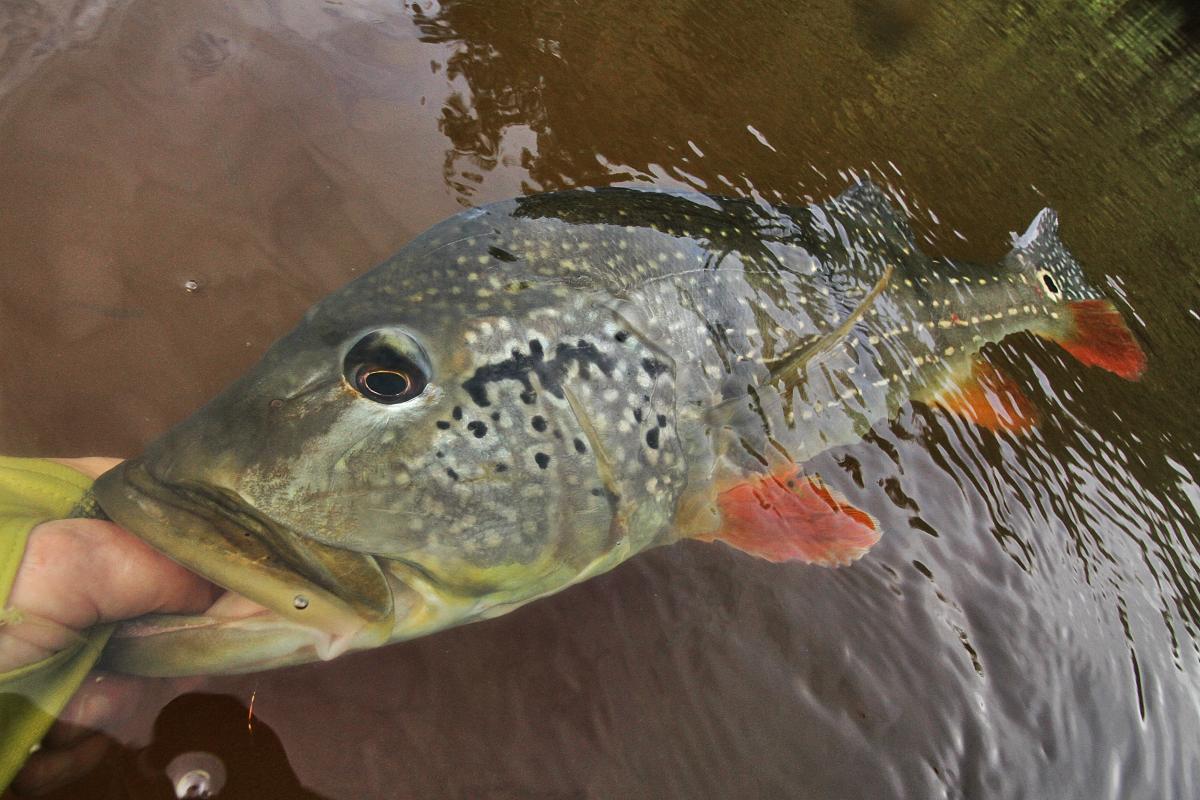 Paca or spotted peacocks are pound for pound the strongest of the peacocks. 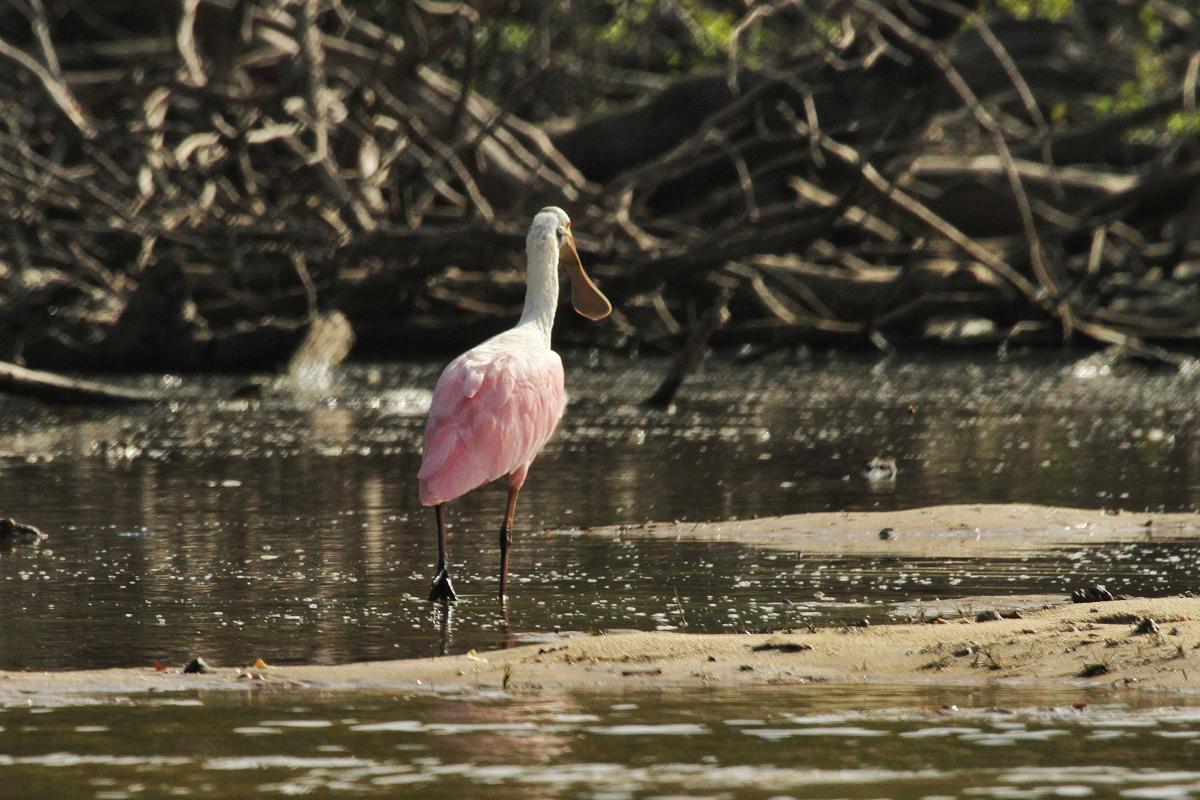 On our first full day, Scott and I headed downriver with Val, the brother of our longtime friend and guide Preto. After a considerable run, we pulled into a small creek and Val asked us if we were willing to spend the day exploring upriver into a series of lagoons.

"Hell yes!", we both immediately replied.

We slowly motored up reaching a lagoon that was bursting with activity. Cast after cast yielded a 3-5 lb. butterfly, but the big peacocks remained tantalizingly elusive. We could see them busting bait or driving small fish onshore, but we had no hookups. As Scott fished, I watched two giant Amazonian otters catch and eat fish after fish. From small butterflies to catfish, these guys were chowing down. 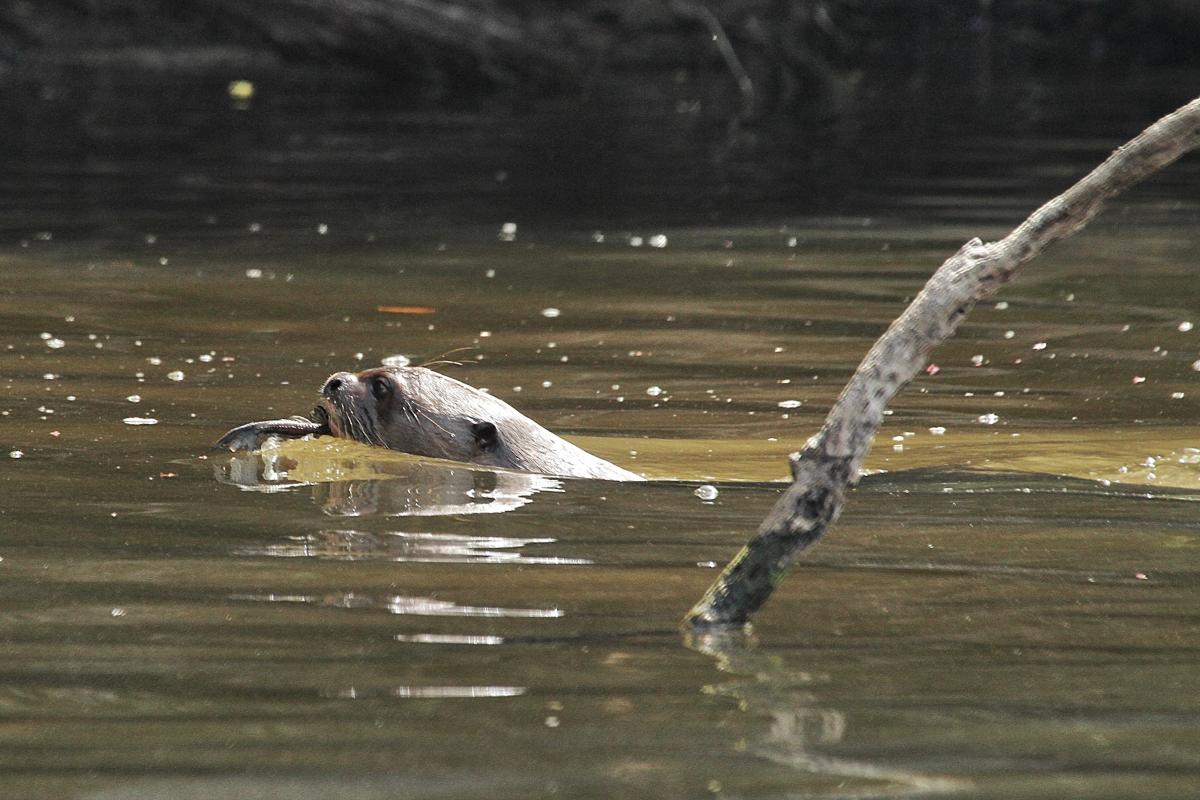 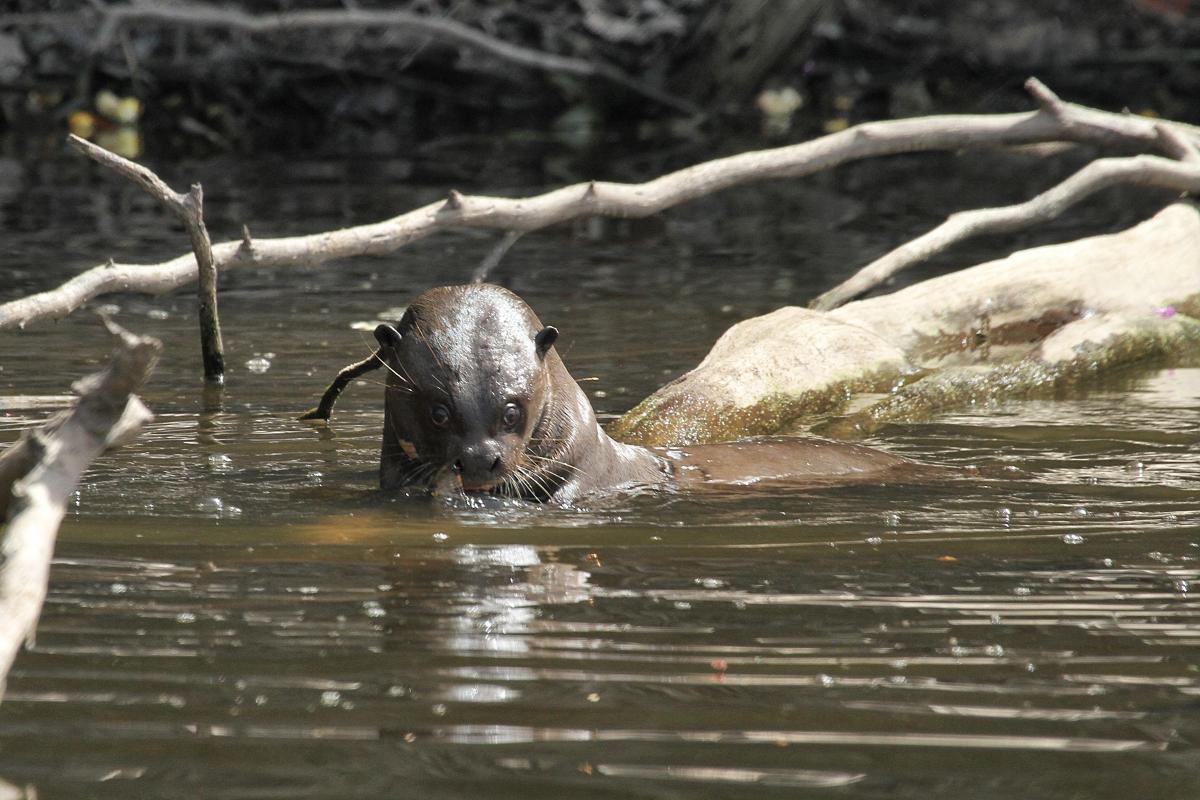 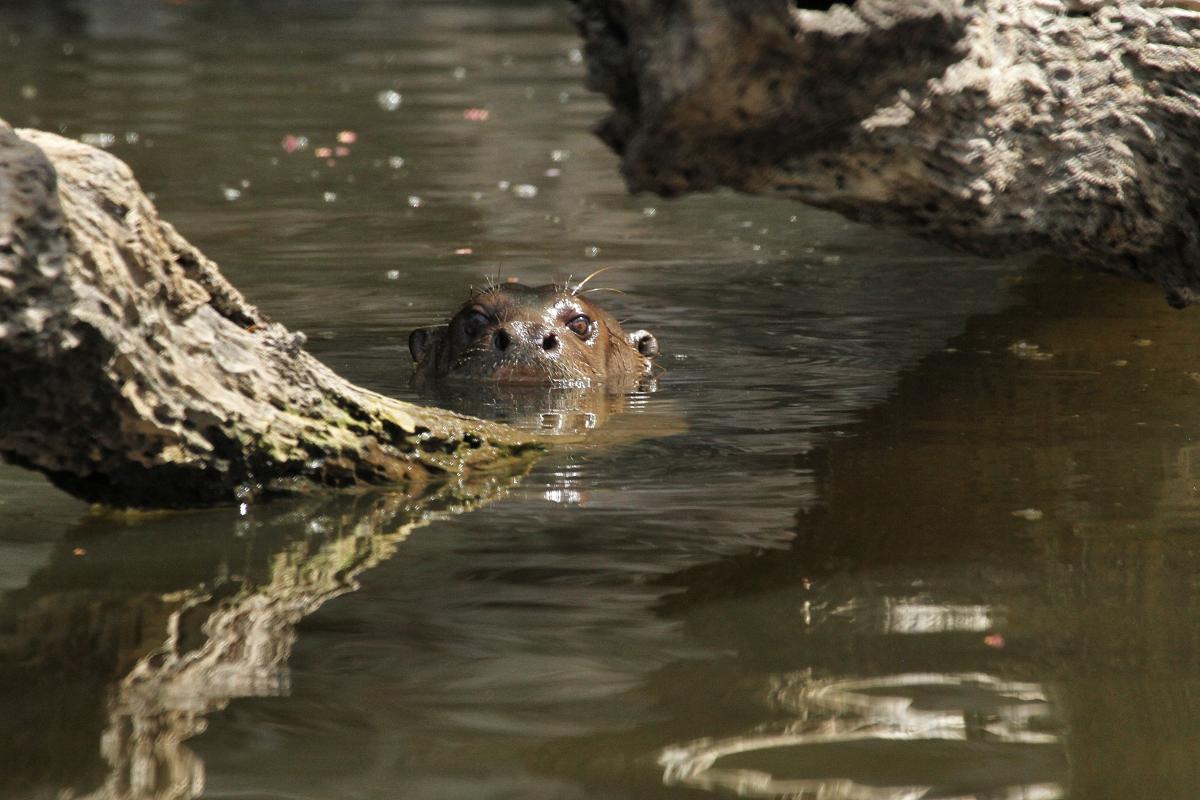 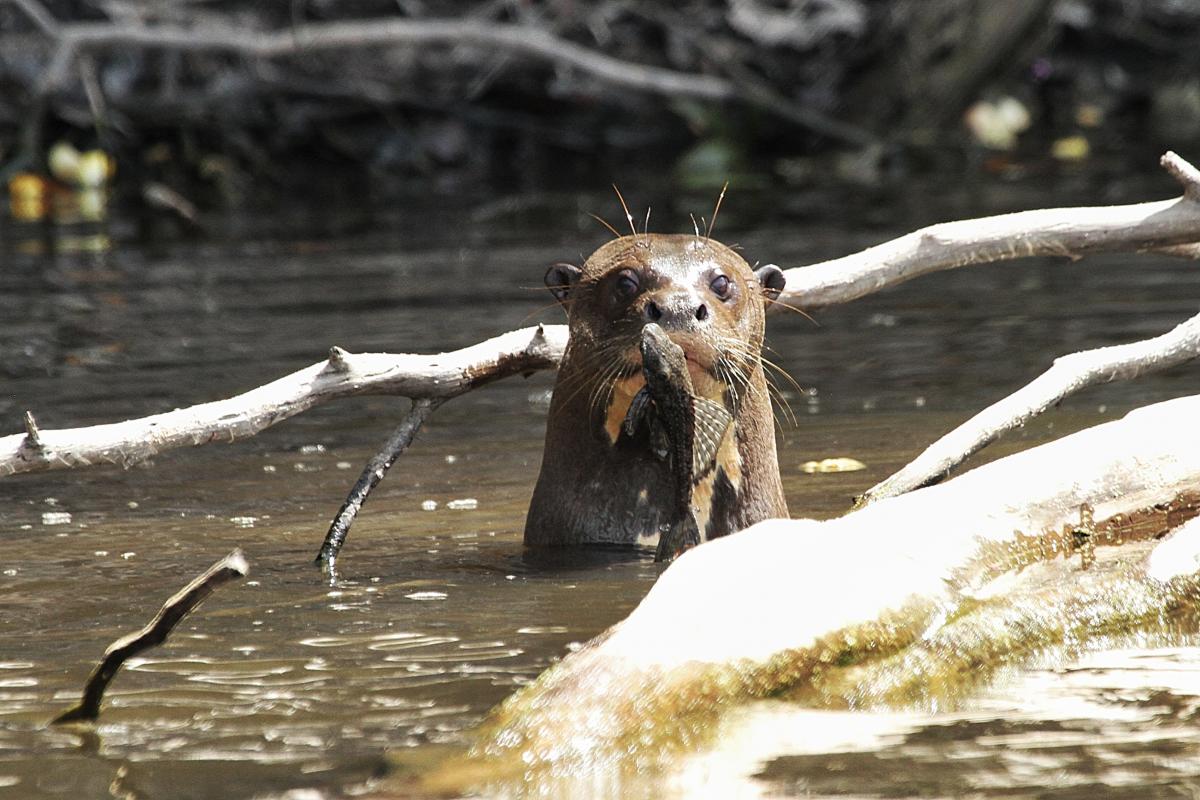 Soon we came to the end of the lagoon. Val jumped out and tried to push the boat up a small narrow shallow, but it was slowed going. Scott and I jumped out eager to be of help. Val smiled and said, "Watch out for stingrays". We didn't have to be told twice. The basketball hoop-sized rays were prevalent and we waded slowly taking great care not to ruin our trip. Soon we reached a big shallow lagoon. We jumped in the boat and Val began to pole. Immediately, we began to see big peacocks in 2 feet of water. I caught a colorful 8 lb. tucanare and Scott hooked-up to another of similar size that came unbuttoned. This lagoon was beautiful. Eagles followed our progress and two jabiru storks could be seen probing the shallow marsh at the end of the lagoon. Big peacocks skittered ahead of us usually before we could get a shot. 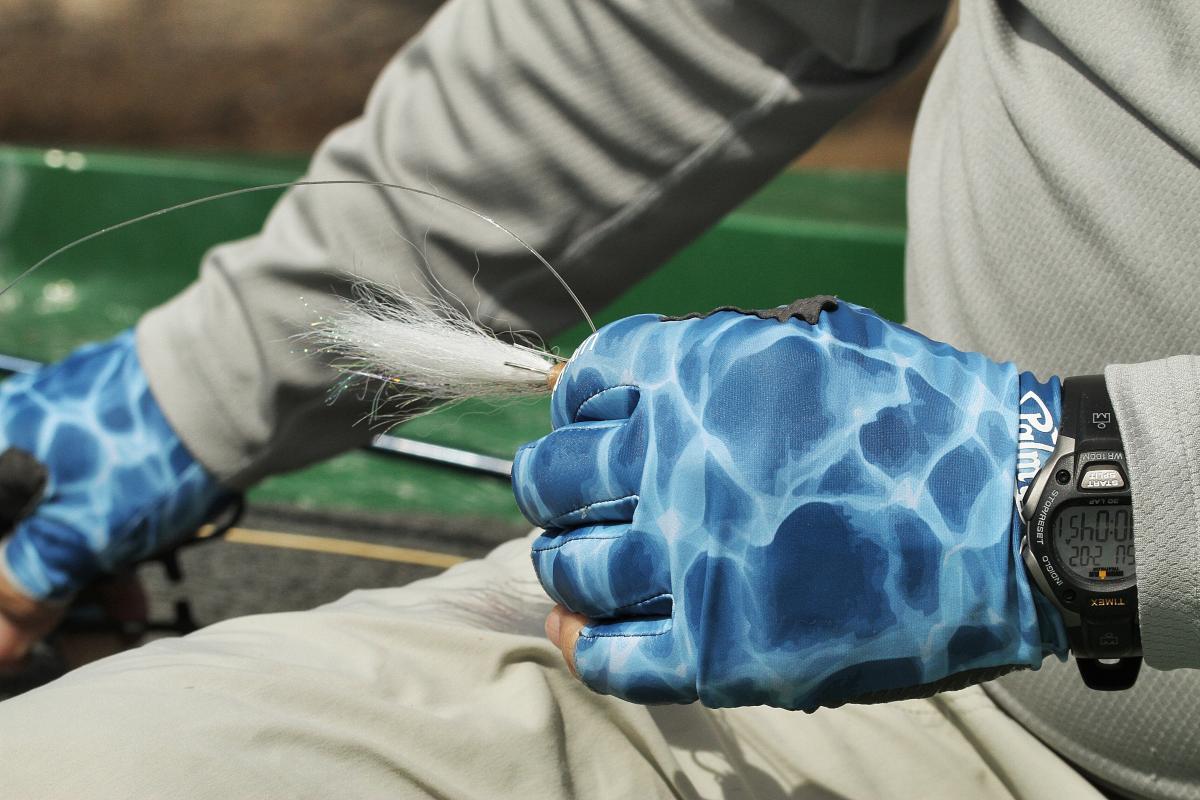 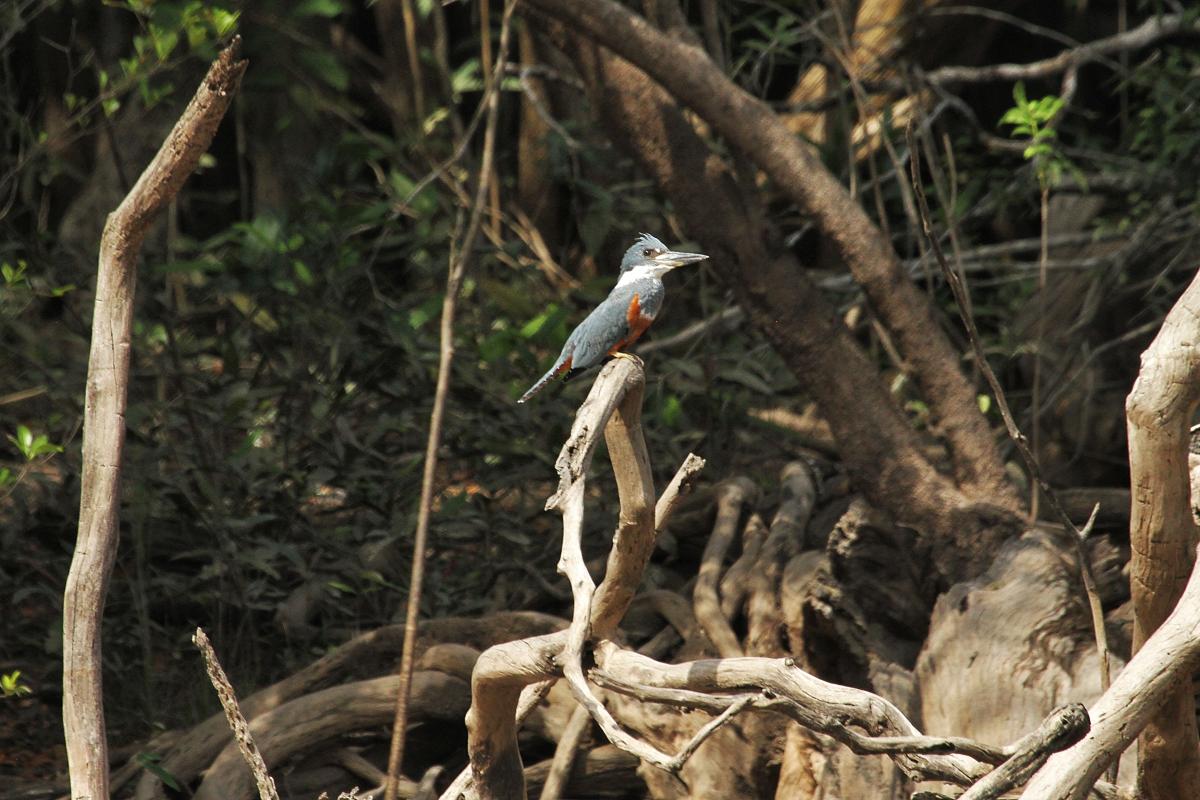 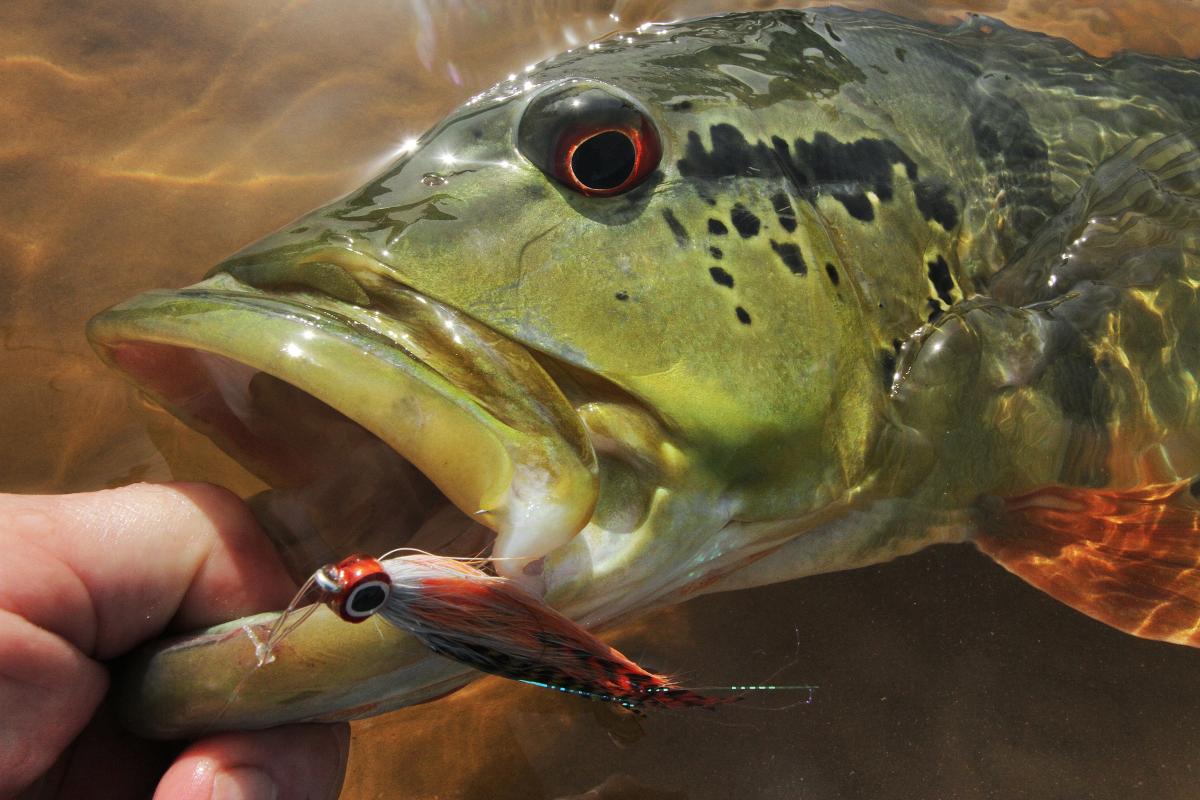 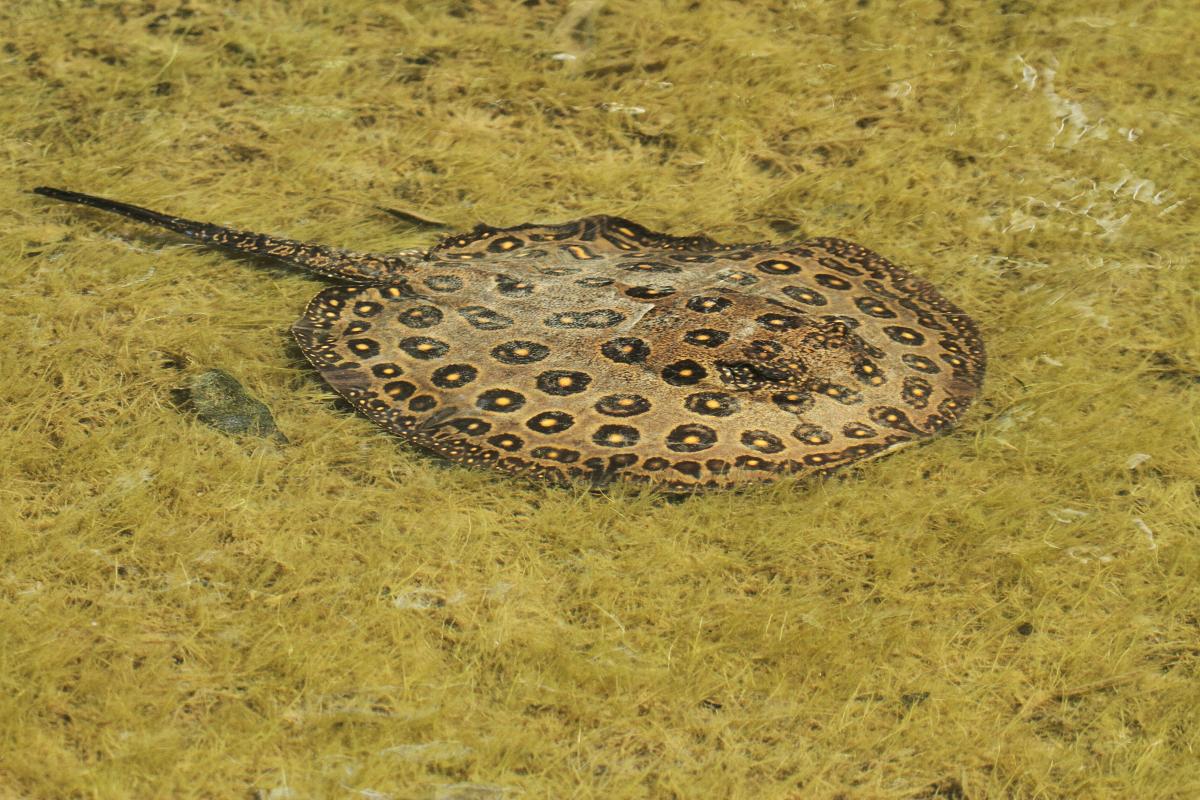 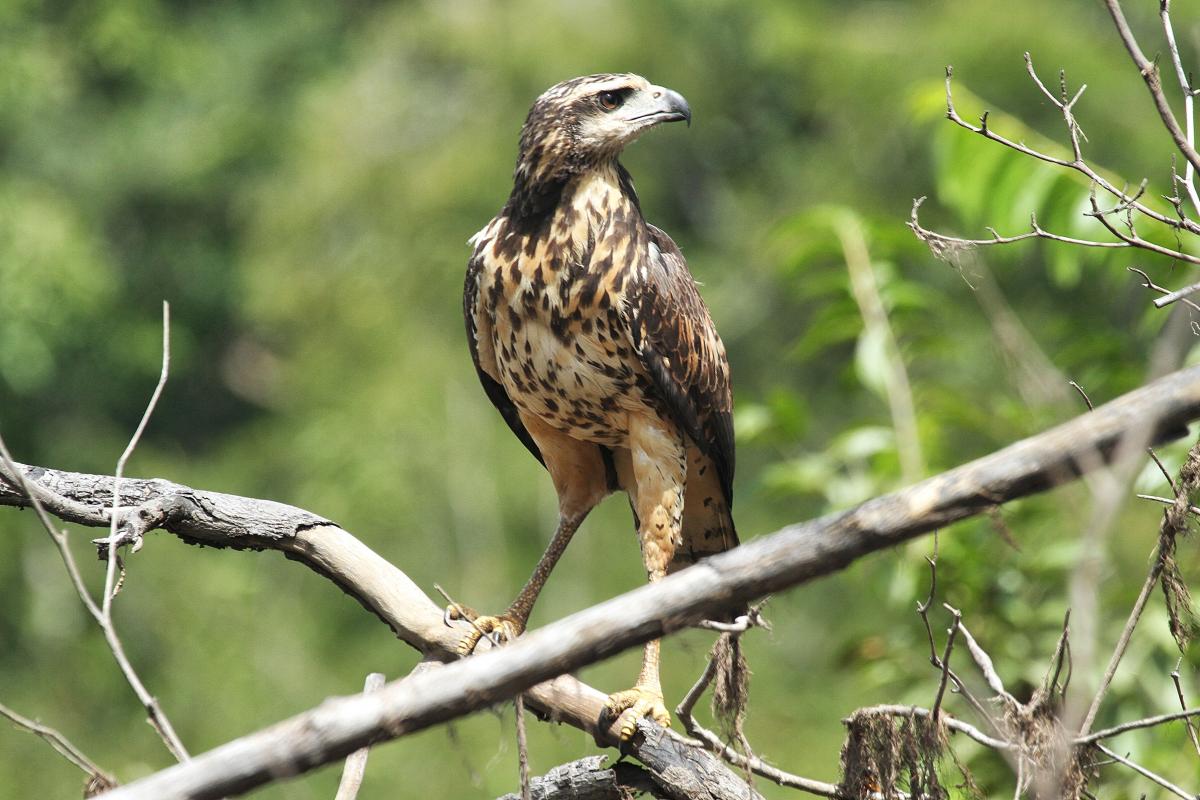 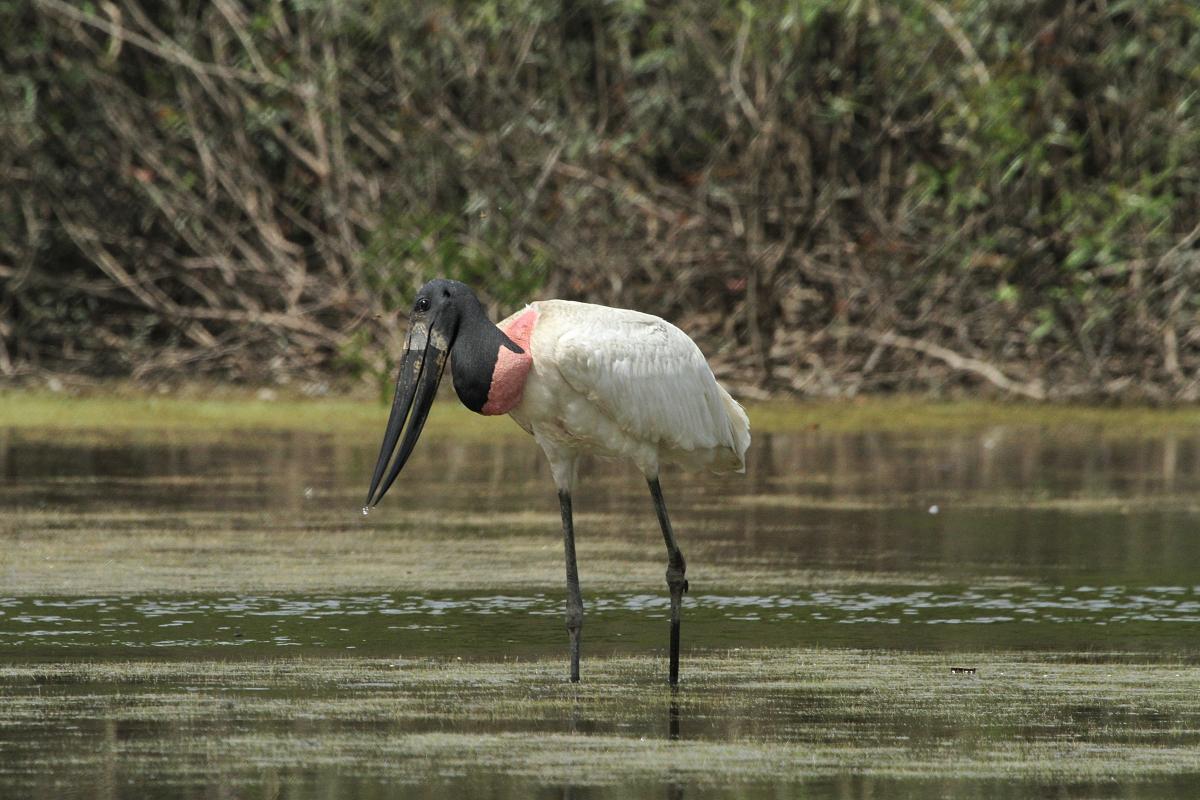 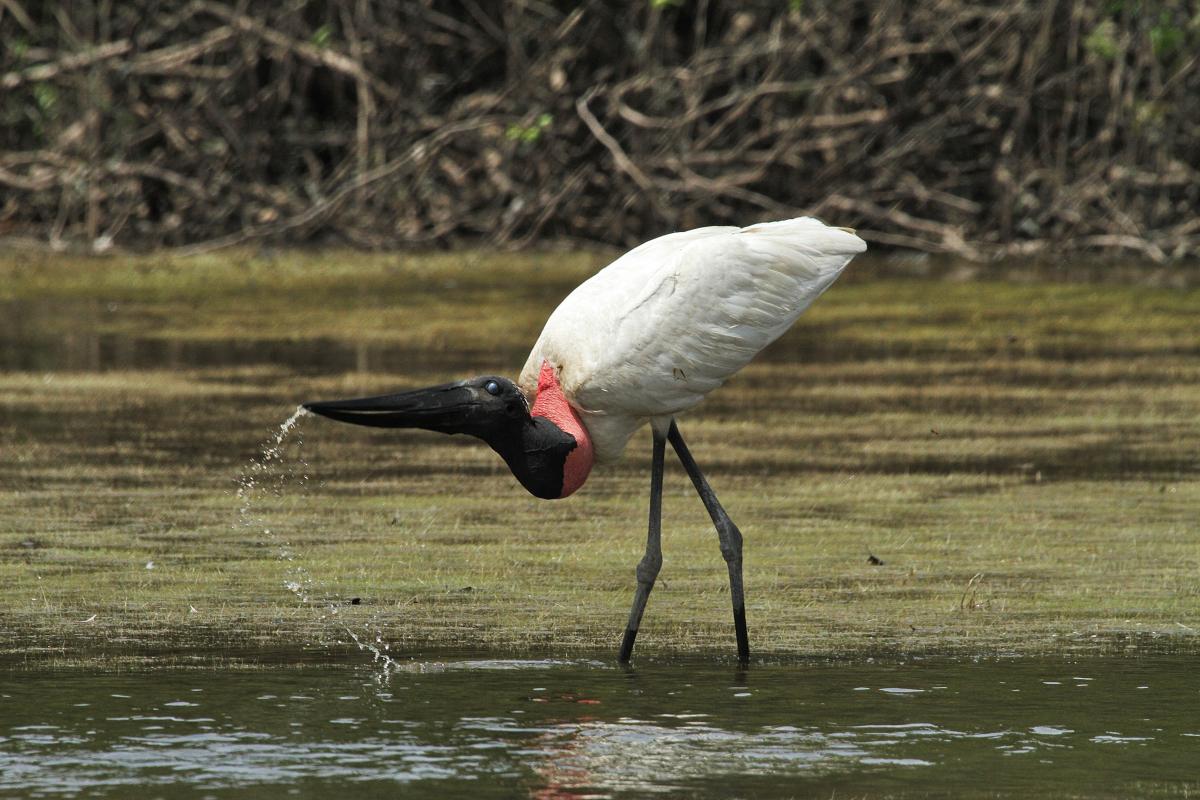 Soon we reached the storks. As I watched these huge birds feed, Val pulled the gas tank out of the skiff and set it in a pile of bleached deadfall. We were perplexed. He saw the looks on our faces and said " We go up." We thought this was the last lagoon, but apparently there was yet another lagoon up the very small stream that snaked its way ahead of us into rainforrest.

"There is another lagoon?" I asked

Then Val surprisingly pulled the 40hp. motor off our boat and lugged it to the brush. He carefully set his heavy load down next to the gas tank ...then we were off. The stream was clogged with baitfish. Tapir and otter tracks could be seen on the mudbars, but given the stingrays, we didn't spend much time gazing at them. After a considerable slog, we reached the big lagoon. Immediately we saw, schools of butterflies  often pursued by big peacocks. Now we knew why Val wanted to bring us here. 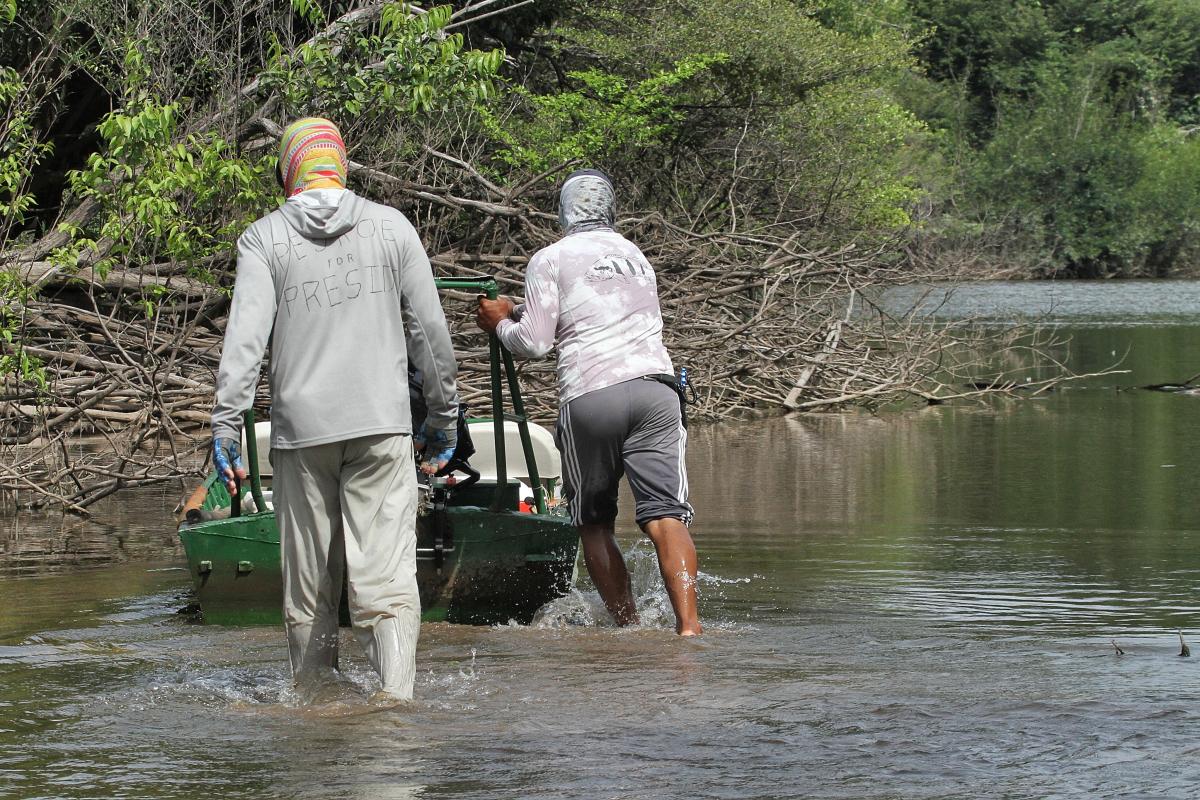 With the final lagoon in the distance, Scott and Val push the skiff through the shallow feeder stream...

always on the lookout for stingrays. 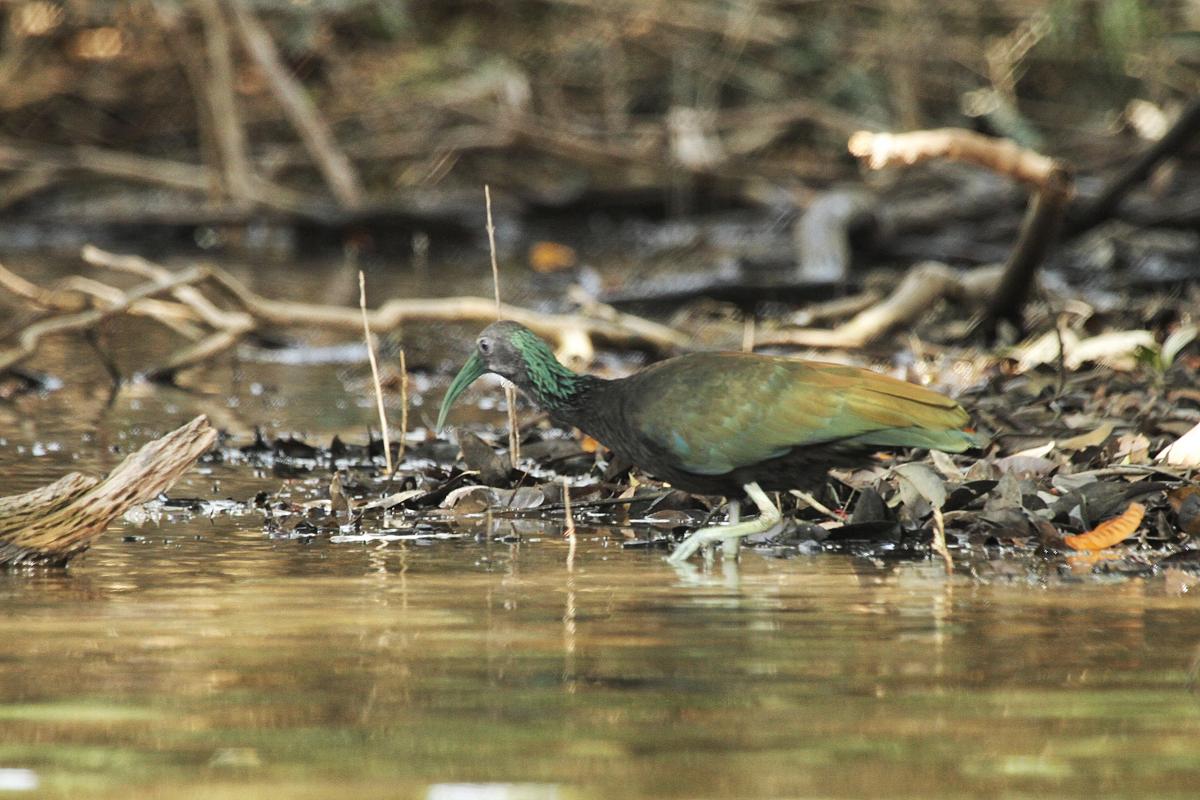 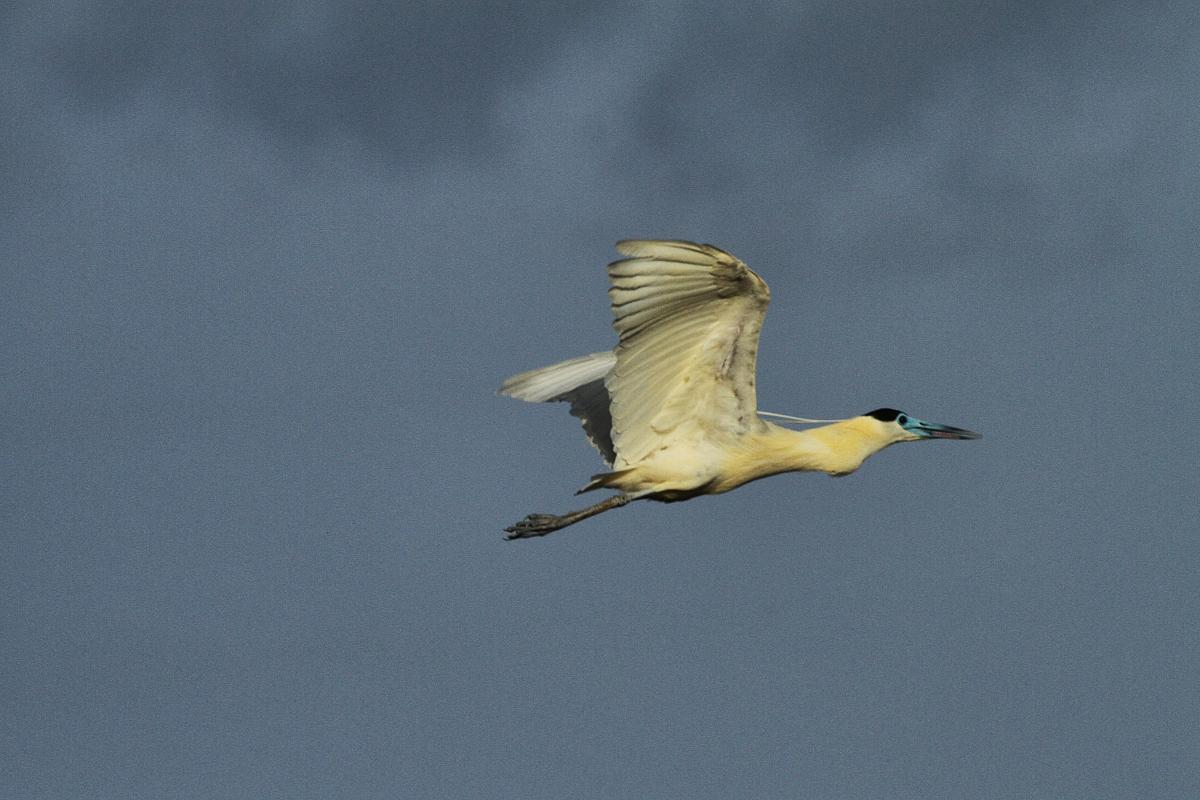 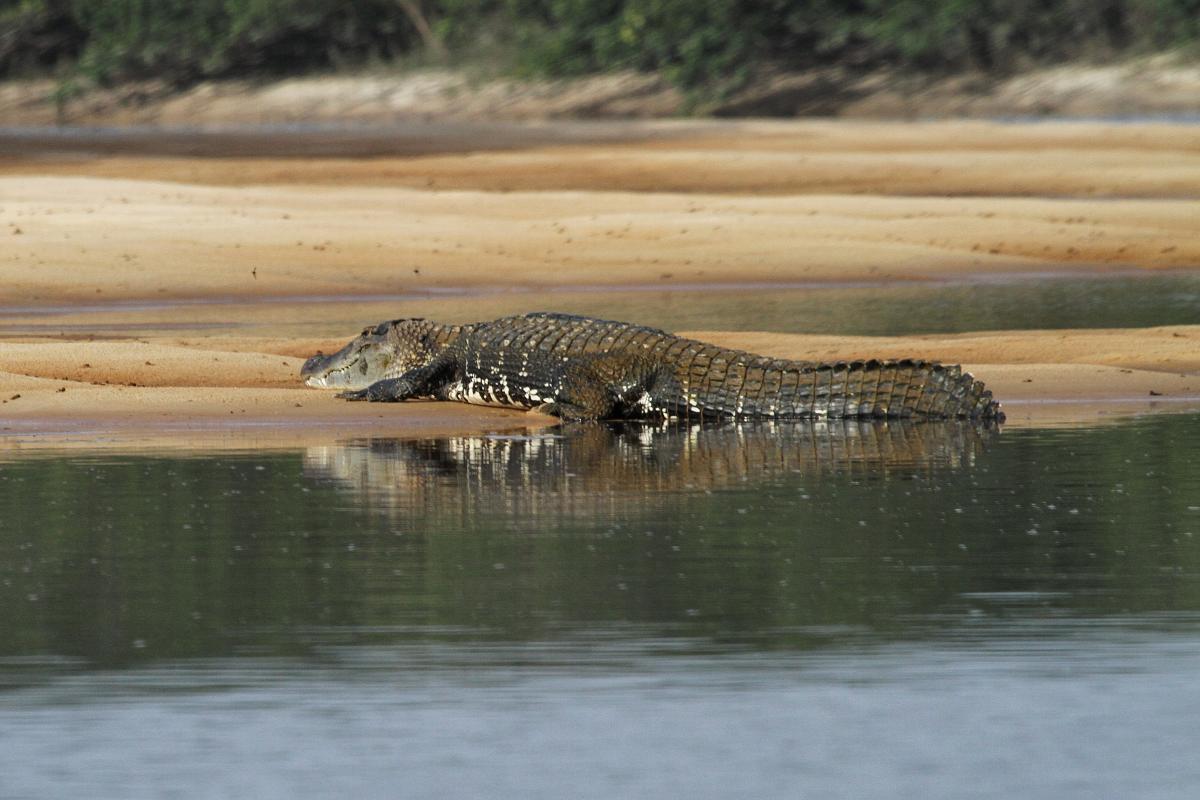 The next few hours were enthralling, sometimes frustrating, yet always exciting. Val was right, there were big peacocks everywhere except in the deeper water in the lagoon's center. On the lagoon's shallow edge, big peacocks were prowling hoping to push bait toward shore where they could corner or beach them. That made these tucanare very easy to spot, but almost always difficult to surprise. Spook one and the word went down the shore. As a result, we caught some BIG peacocks on this day, but many more eluded our casts or refused our offerings knowing something "was up". 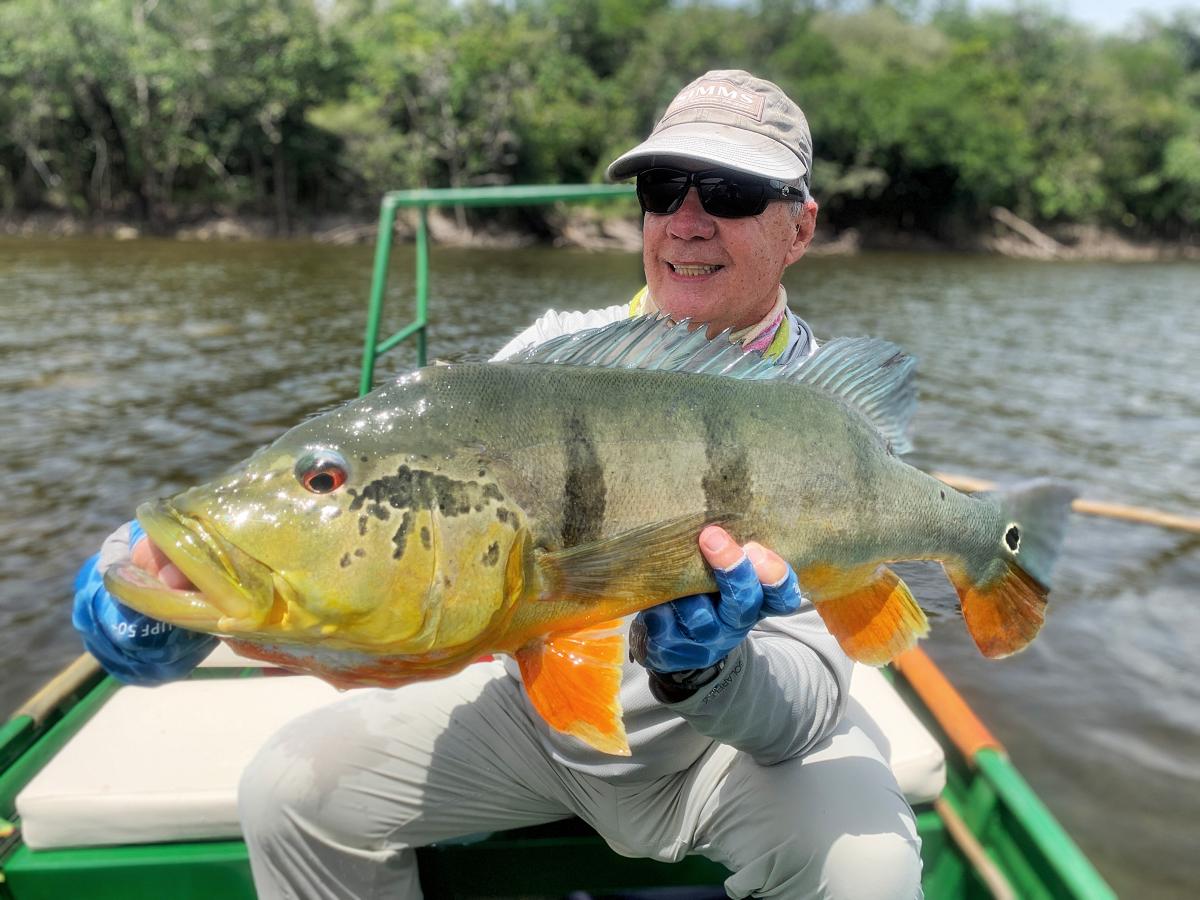 Eventually, as the afternoon wore on, we had to leave the lagoon. We had a long journey home and it was time to begin. By the time we had reattached the motor and retrieved the gas can, we were a sweaty, tired bunch. We guzzled a few cold waters from the cooler, then poled through the second lagoon and motored through the third. After retracing our steps, we reached the main Agua Boa took a left and headed home to A/C, cocktails and dinner. What a great day... and we had five more!