Most of us know about the Avalon Shrimp and it's success with permit. It's a great fly and its keel design has many advantages: it hits relatively softly, it sinks fast, it tracks well and, of course, permit eat it!

For a last couple years, I have been working on perfecting a keeled fly for bonefish. Early prototypes have been very productive. As various flats trips came and went,  I found myself using this fly more and more often. With my increasing reliance on this fly, I've almost come full circle.

For years, as bonefish saw more and more pressure, I went to smaller and lighter flies hoping to spook fewer fish. I even went down to size 8's hoping they would land so softly and be so unobtrusive my completion percentage would skyrocket. But alas, the fish often didn't pick up on these smaller flies and if they did, they didn't seem very interested in such meager offerings.

Then, partially prompted by Sidney Thomas, now of Little Abaco Bonefish Lodge, I veered off onto a new track. Sid believed in using heavy flies that got down fast. He thought a fly can make a plop when it hit the water as long as it sinks fast. He urged his anglers to "bop a fish on the head", but then not move the fly again UNLESS the fish veered off. If the fish did veer off, Sid suggested bumping the fly JUST A BIT. (This requires good line control, but that's another story.)

Sid thought if you used a heavy fly, the fish would either eat it immediately or if they were initailly spooked by the splash, they would often come back to take a second look IF YOU DID NOT STRIP IT. This technique was in essence, a permit technique... and it worked! Again, hit 'em on the head and then don't move the fly. There are many subtle additions to this technique some involving line management and striking techniques, but this the essence of the technique.

So back to my fly. As many of our clients know, I have used a crab pattern for bonefish for many years with great success. It gets down fast and entices big fish, but it and other traditional patterns often move unnaturally on uneven bottoms. I wanted to design a fly that hits as softly as possible, sinks very FAST, be easy to cast and of course, tracks well on an uneven bottom. This is when I started experimenting with keeled flies. They track on uneven bottoms very well and do not wobble. As my fly went through a few refinements and renditions, the results got better and better:

But my fly was a bit rough. It certainly worked well, but it needed polishing... it needed a sophisticated touch by a better fly tier than me. I don't have to go far in Sheridan, Wyoming to get help. We have many world class tiers in our area. But in my case, I have only to look one desk over. There sits Clark Smyth. A fly design obssessive, permit loving, crab tying, salt waterlogged nut. All I have to do is give Clark an idea and the next day, he comes back with a cool take on my idea. It's like having a fly vending machine. I put an idea in the coin slot and out comes a beautiful fly that's better than I ever pictured it.

So I put my idea for this fly in Clark's mind. I showed him what I had been using and explained what I wanted. He employed his knowledge of materials and incorporated his practical sense of fly balance and touch-down "plopability" to polish my design.

Then without further fanfare, here are a few examples of Scott's Knockout. Clark even let me name it! 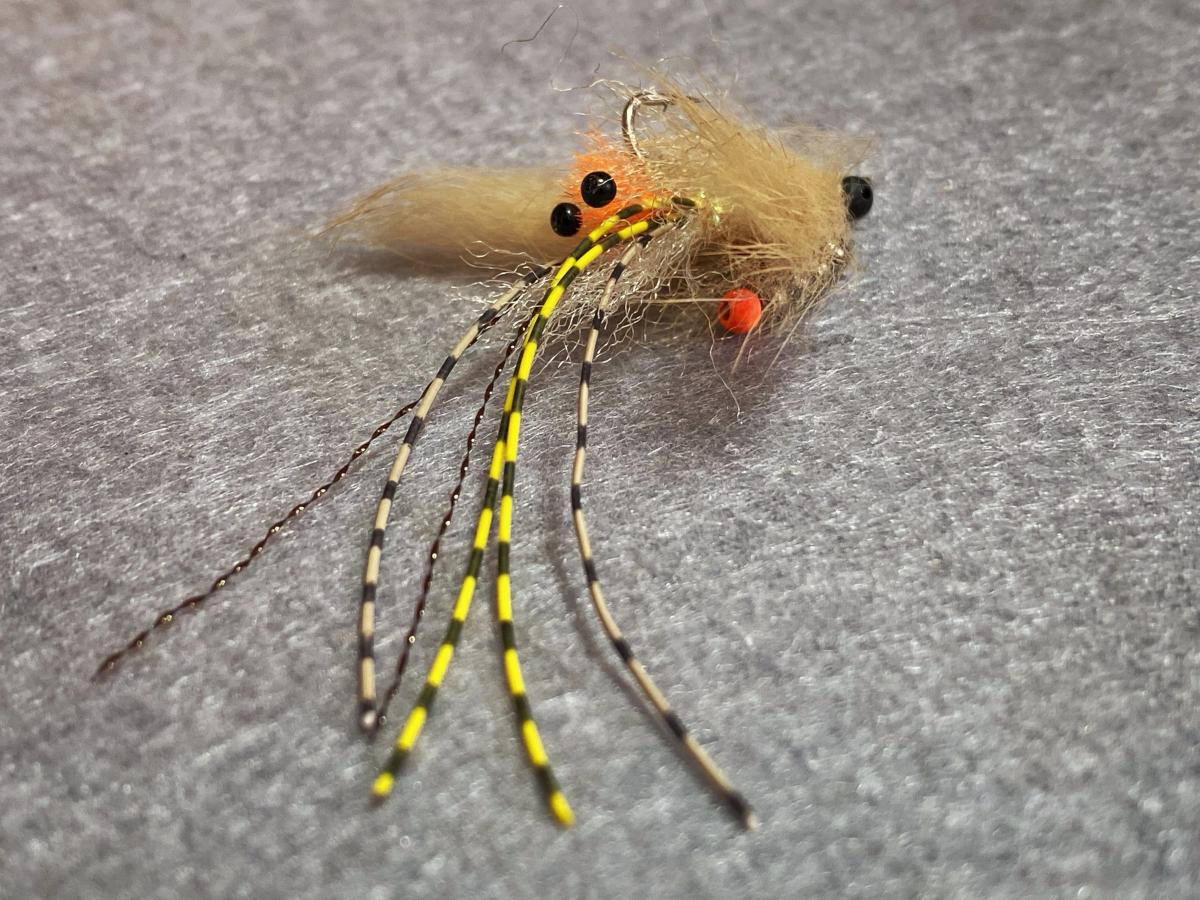 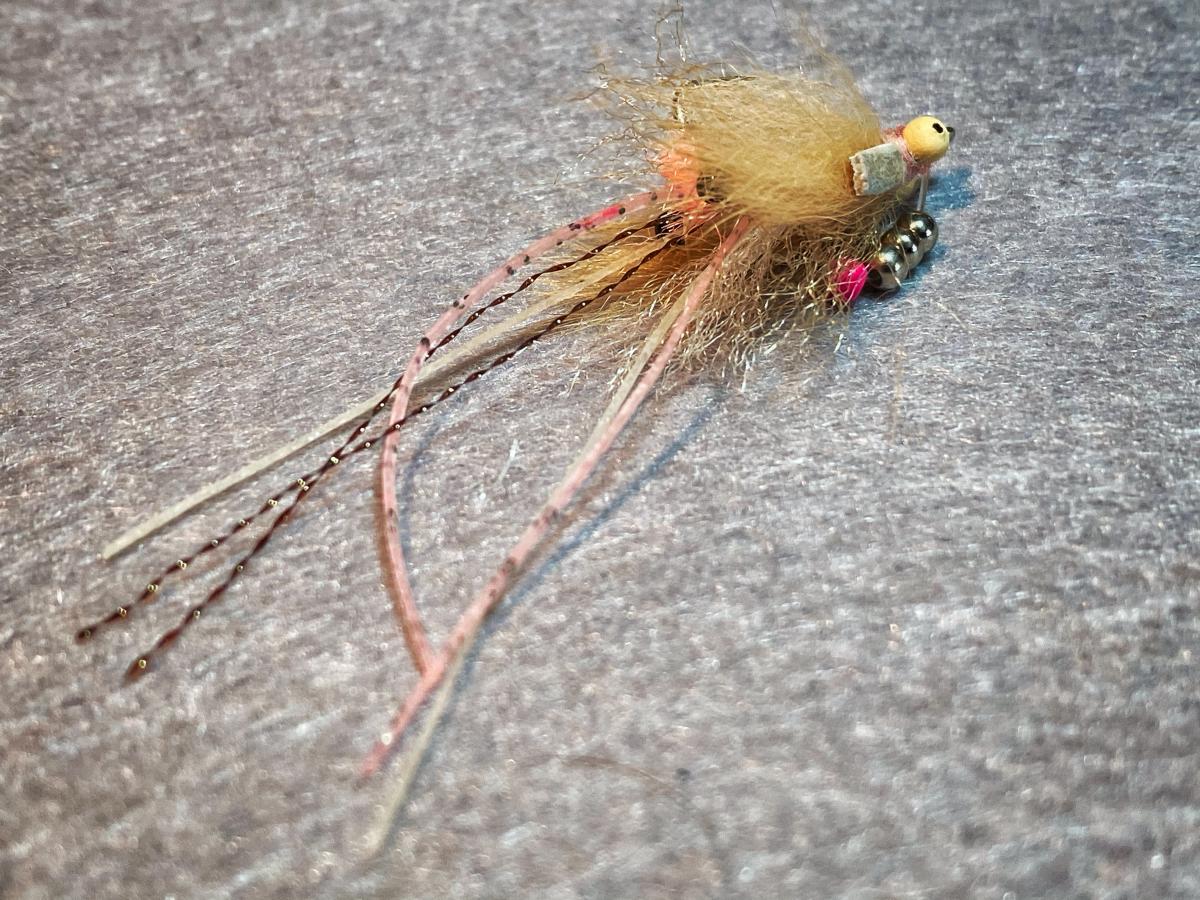 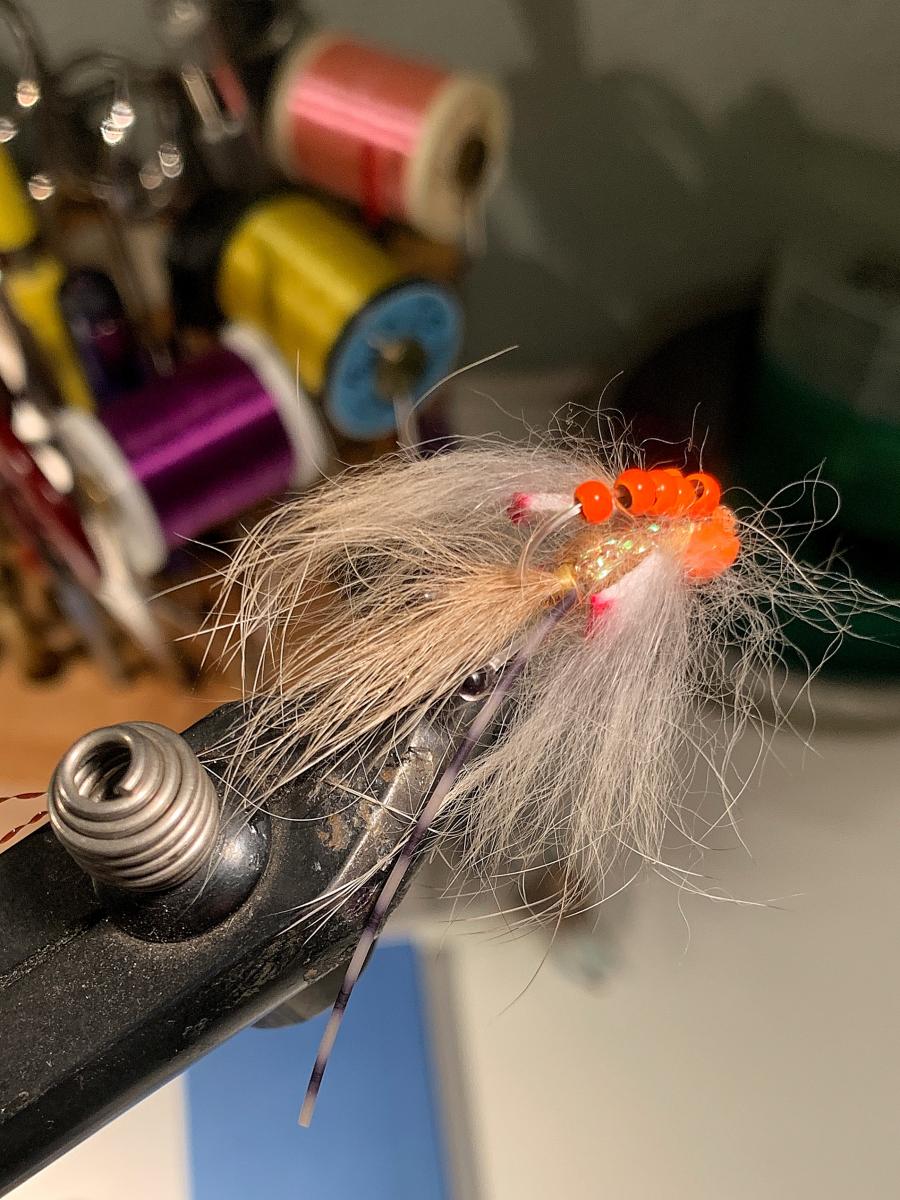 Next: A better look and how to tie this pattern.