OK, first of all, let me say it is damn hard to get a photo of a trout rising to eat a bug. Some of the reasons are technical. For example, the camera struggles to focus on the blurred and ever changing outline of the suspended fish as it scours the surface film for its next meal. But some of the reasons involve operator error. For example, as you hold the camera (looking the whole time through the viewfinder) your eyes get tired and your attention wavers.

No matter the reason, you eventually wonder why the hell are you doing this. In front of you is a fish that is eating happily and is imminently catchable. Meanwhile, you squint through a tiny viewfinder waiting... and waiting. It is also a given that as soon as you set the camera down to rest your eyes, the fish WILL rise... and you will swear a bit.

On this day, I worked hard to get a photo and really came away with nothing that satisfied the perfect image I had created in my brain. But I did manage to catch a few of my subjects and I learned a bit about trout behavior. 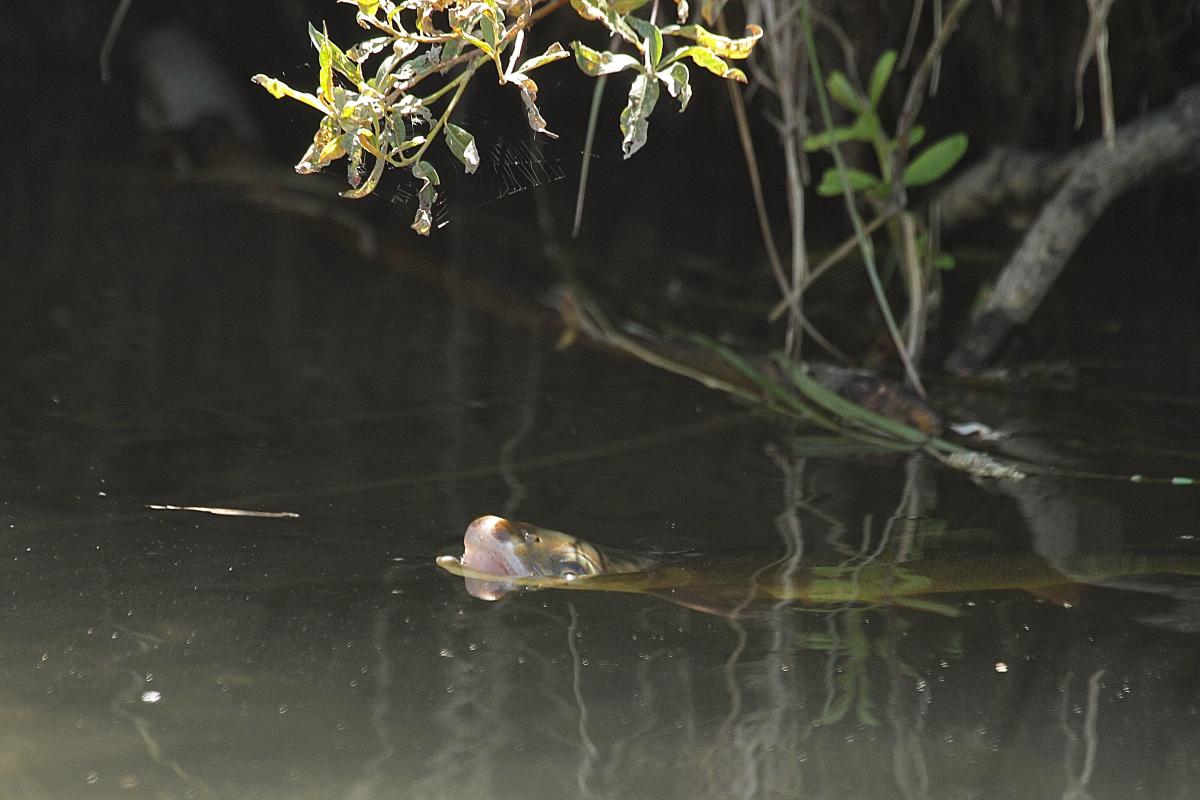 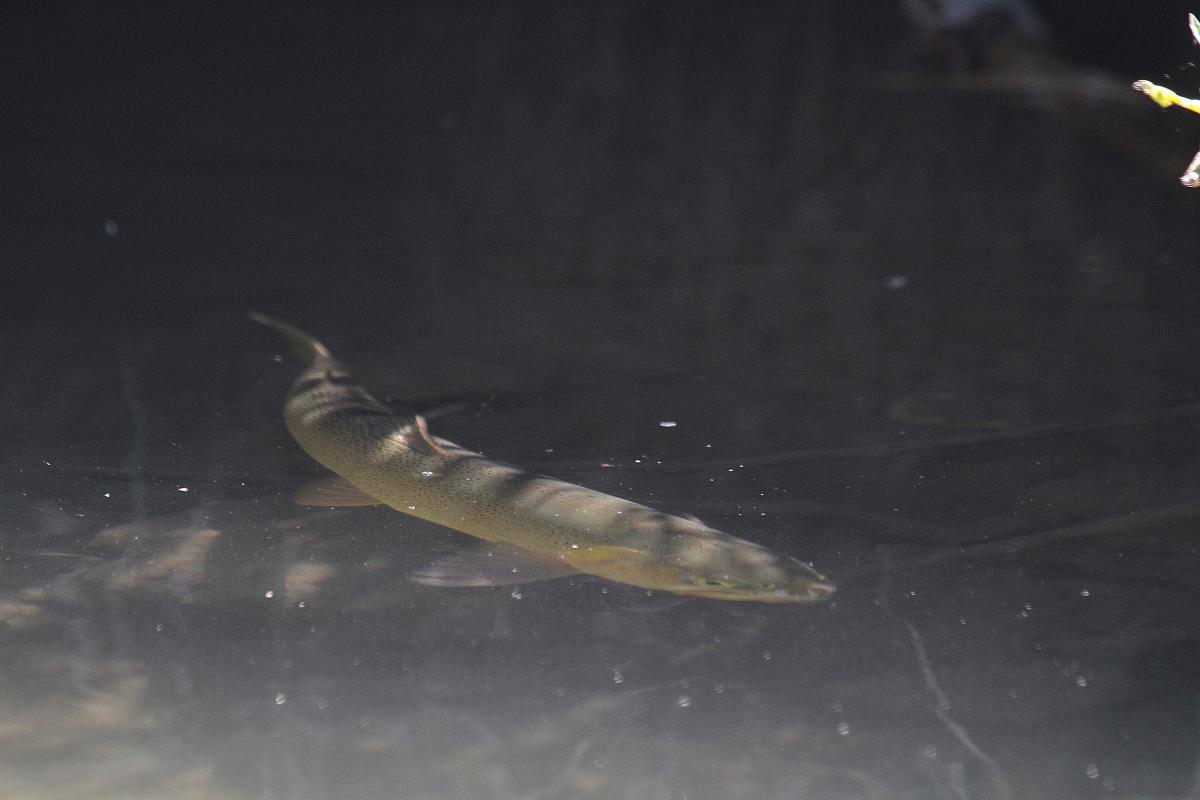 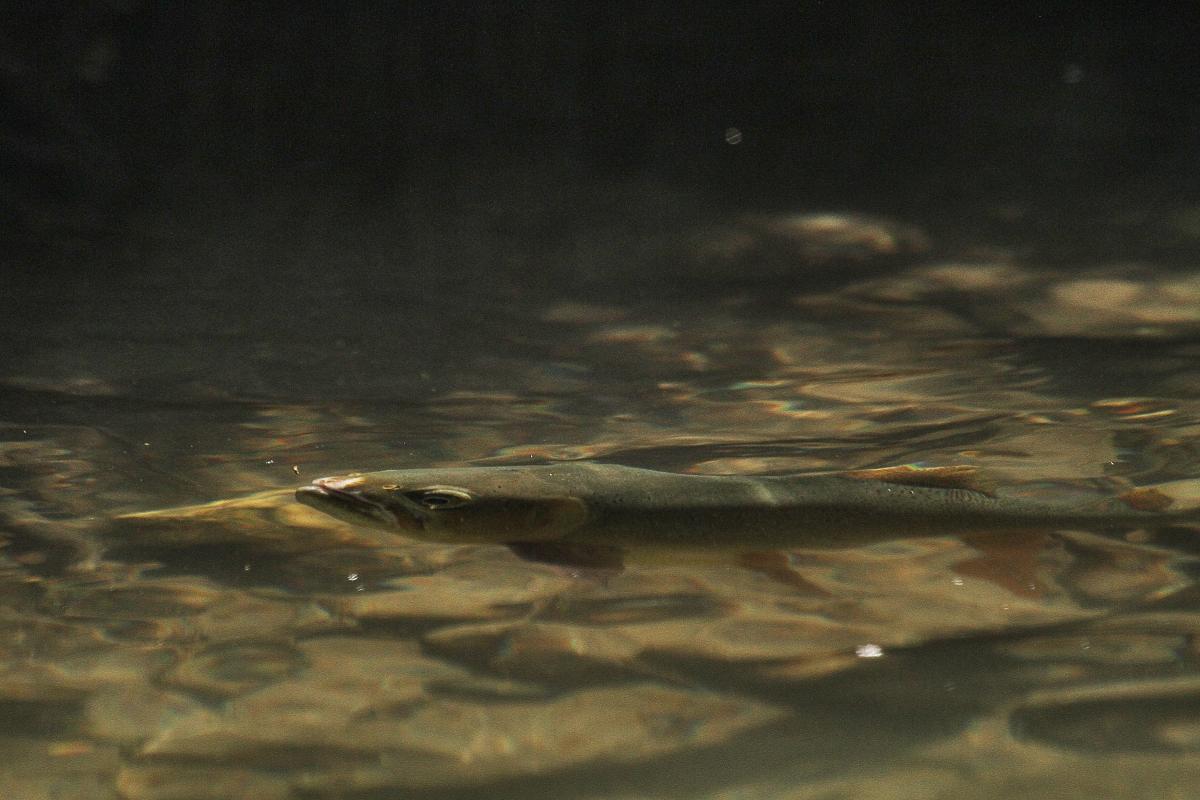 One trout stands out. He had a predictable routine. Sequestered in a small bay, this cutthroat began and ended his circuit by stopping under a small streamside branch. After 15-20 seconds, he would pull out of this lair and begin his search for bugs. He would eat sproradically as he made a big circle going from the deep shadows of his bay to the bright, sun splashed edge of the main current. Turning back, he would eventually arrive once again at his starting point to rest another 15-20 seconds. 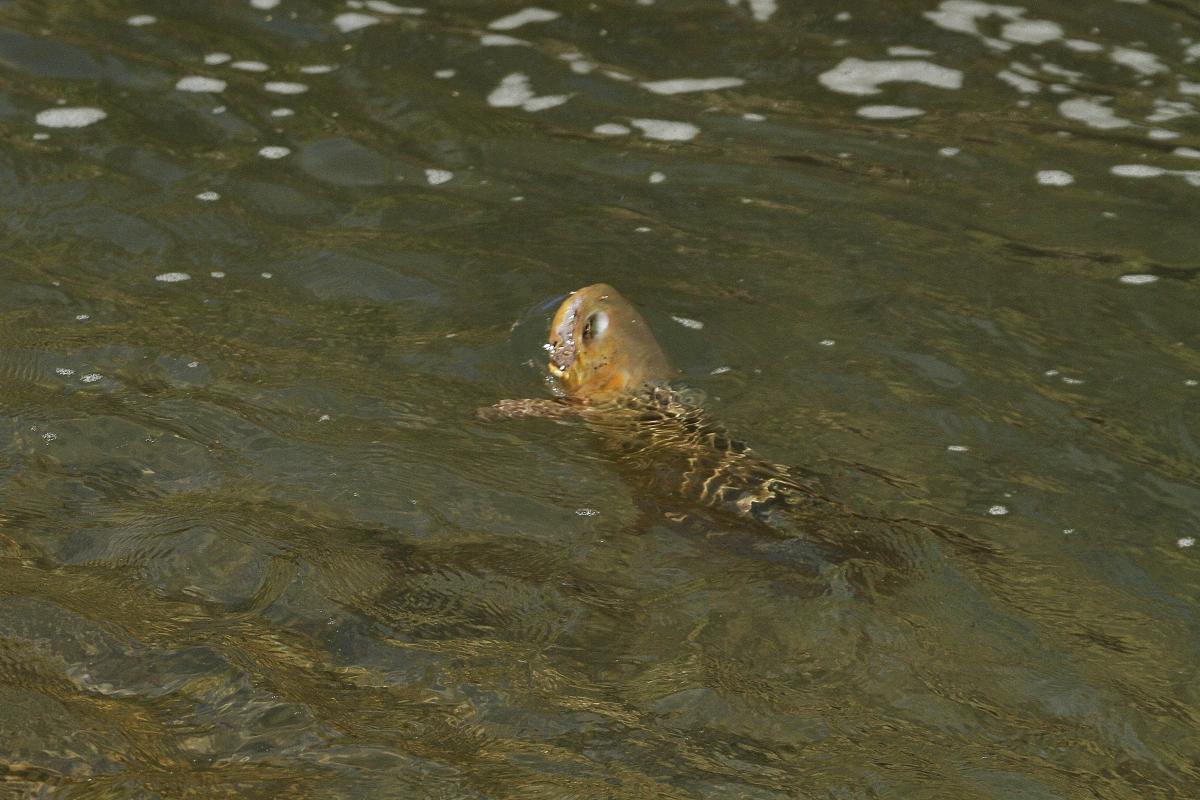 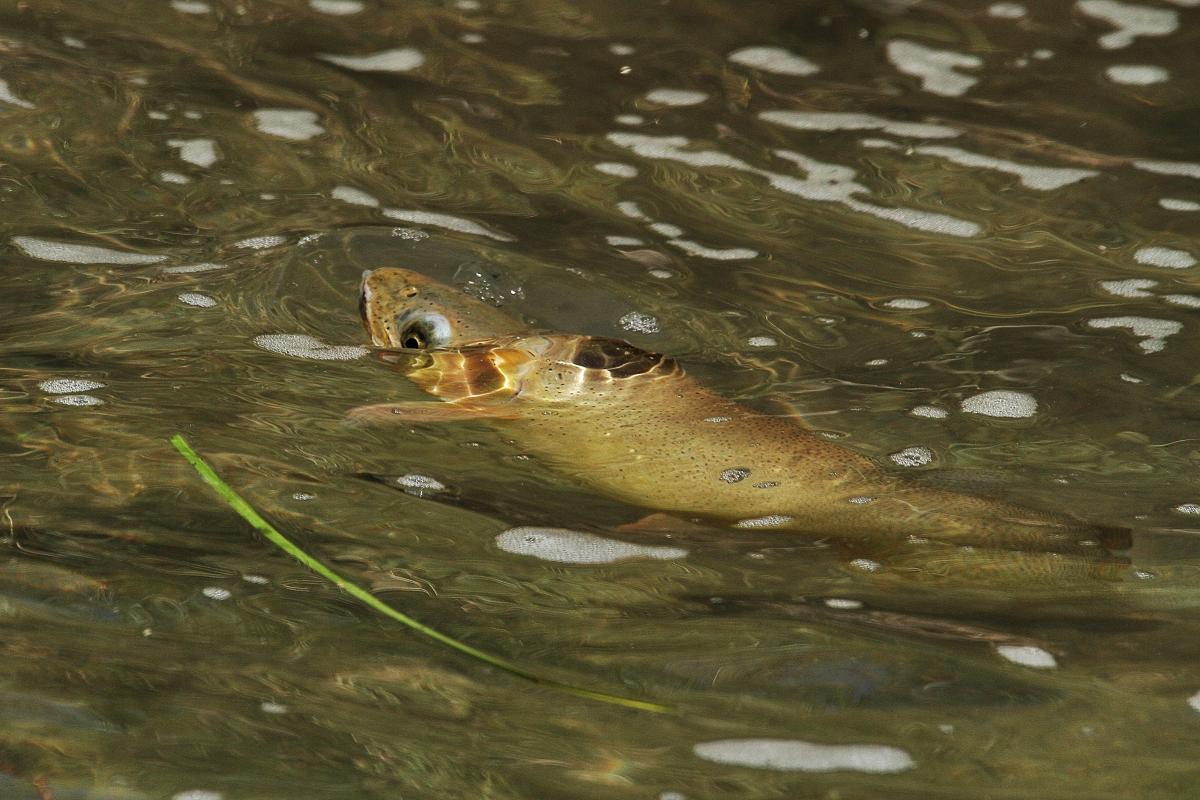 Eventually, I put my camera down, picked up my 4 wt. and high sticked a #18 parachute Adams into the bay timing it to arrive at the end of his rest period. He predictably left his spot on cue, ate a small dun then sipped my Adams. He was 18 inches and certainly offered great revenge for the frustrations he had unknowingly created.

I'll keep trying to get the perfect photo of a rising trout. I think my next attempt will include a tripod!