At the conclusion of the FISH group, I drove over the mountain to meet my old friends Dan Cerven and guide Chad Olsen for a couple days of fishing on the Bighorn River. I really enjoy fishing with these guys and we've had many adventures over the years. They had been fishing on the North Platte and also on some small streams on the west and east slopes of the Bighorn Mountains. On the North Platte, they had one remarkable moment on an otherwise uneventful day.

Towards the end of the day, Dan felt a KA-THUNK. After coming tight, they weren't sure if they had a fish or the bottom; then the bottom started slowly finning away. Chad and Dan surmised they had hooked a carp. The fish just chugged along as if it was annoyed, but not alarmed. Whatever it was, it was BIG!

Then things got serious! After a prolonged tussle and many concerning moments, they finally were able to raise the fish to the surface. They could finally see their fish. It was a giant trout... a giant brown trout. The fight continued and eventually they were able to net the fish. It was too big to measure in Chad's cradle tape (which ended at 26 inches). They estimated it was three plus inches over the end of the cradle making it a bit short of 30 inches. Truly the brown of a lifetime for Dan! And the truly remarkable thing was (and I'm still trying to digest this) it was caught on a bamboo rod with a size 18 trico emerger. So feast your eyes on this fish!! 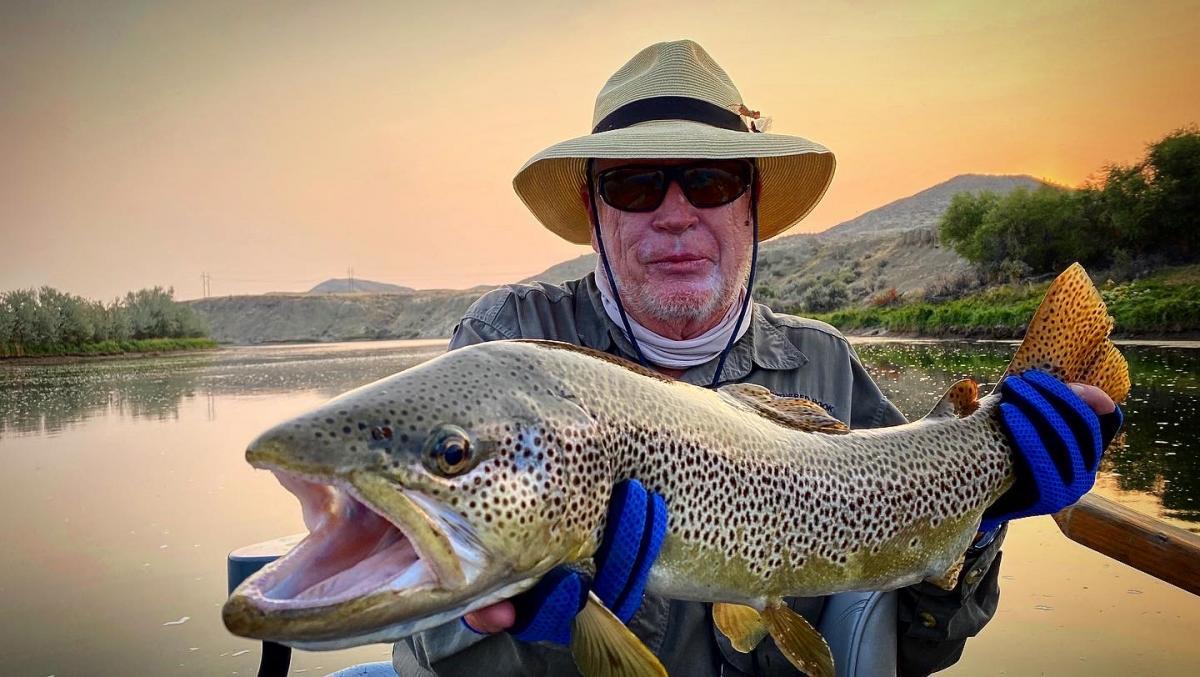 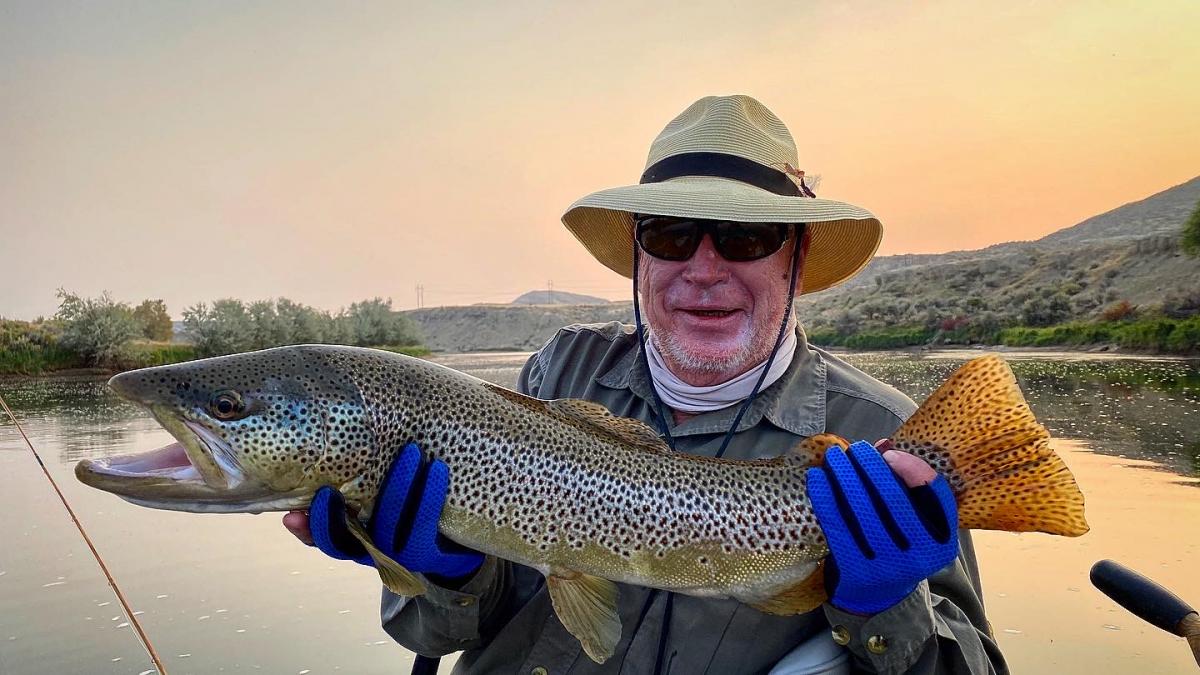 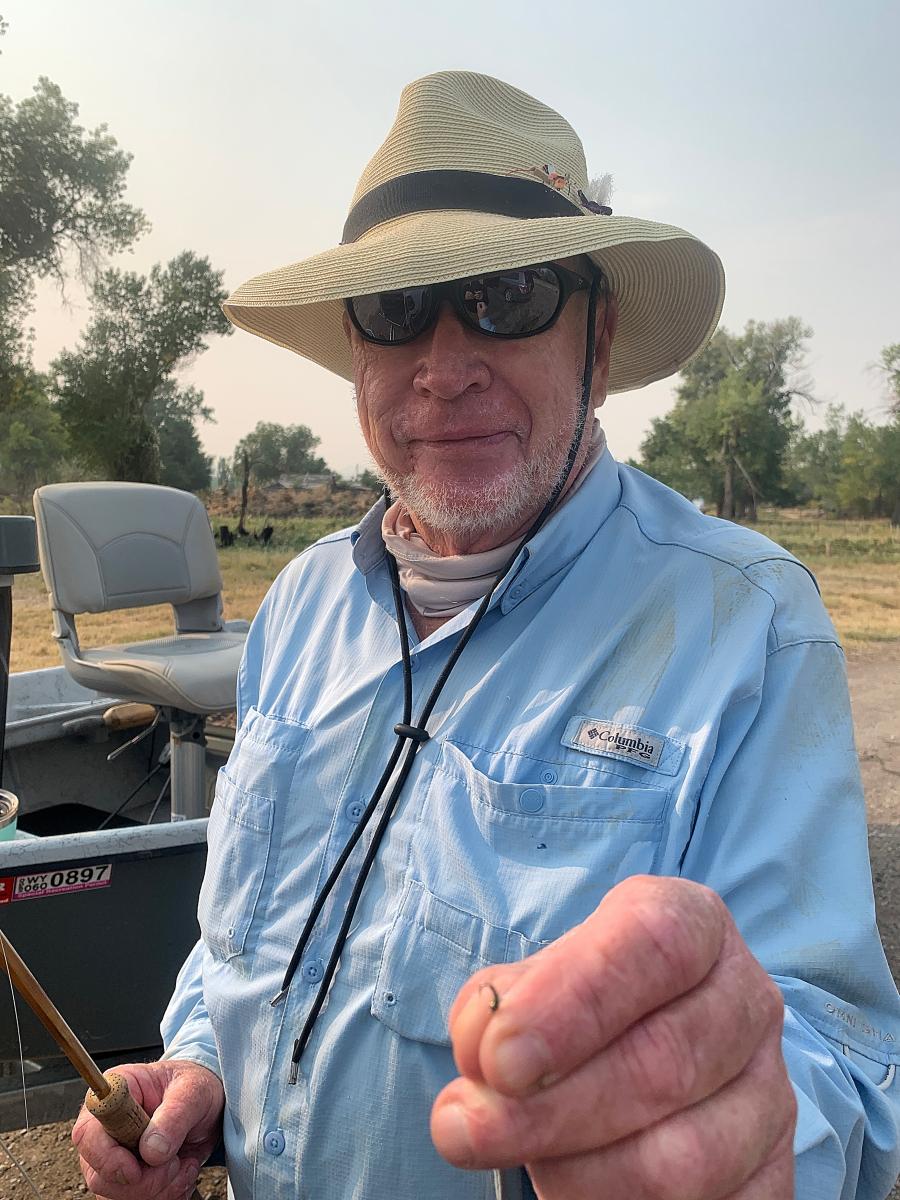 The rod and the trico emerger that Dan used to hook his monster. 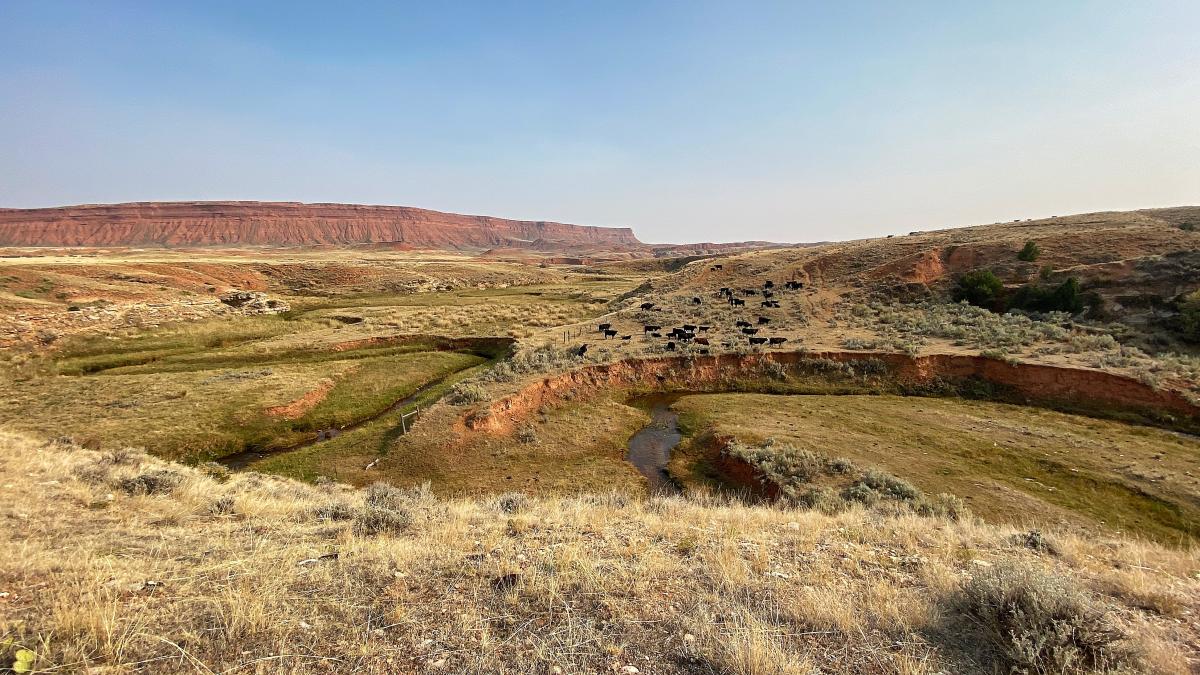 From the North Platte, it was off to the Bighorns for some classic small stream walk and wade fishing. Beautiful scenes, fall colors and bright wild fish made for perfect days. 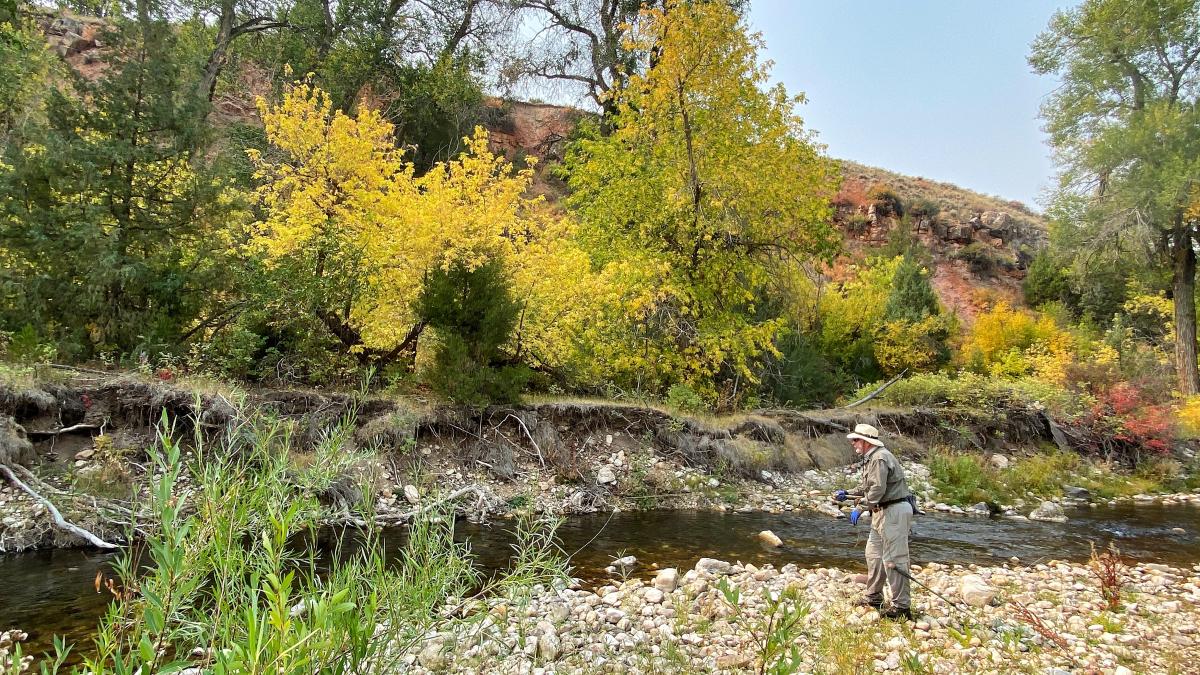 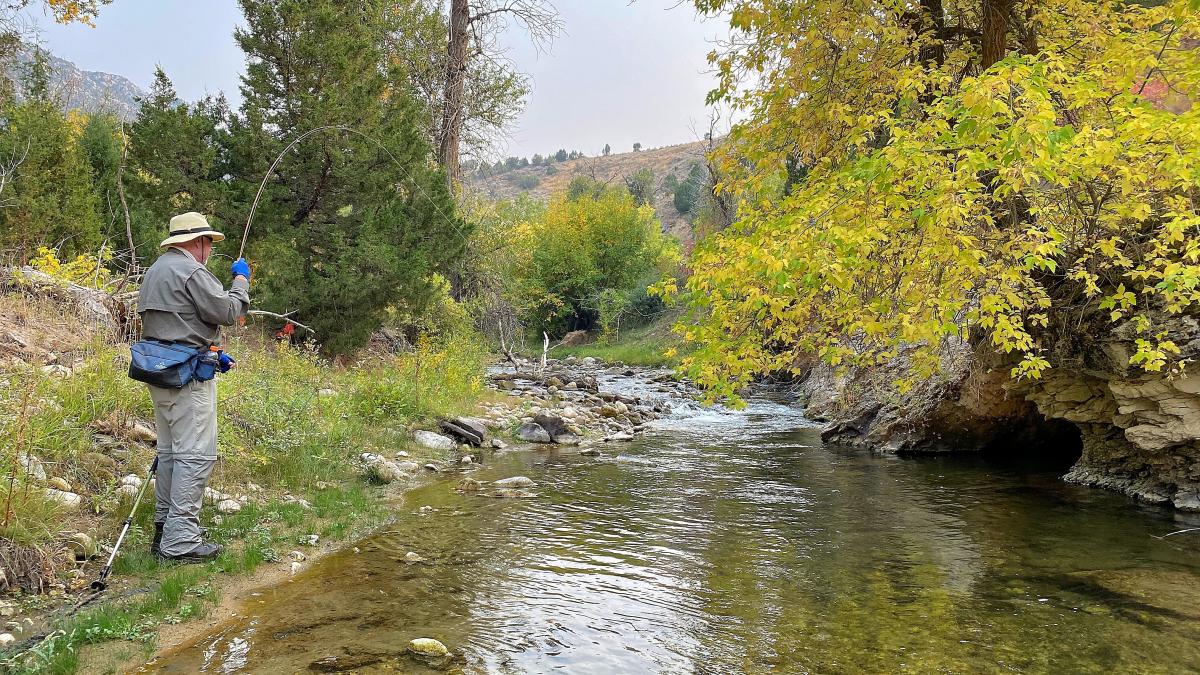 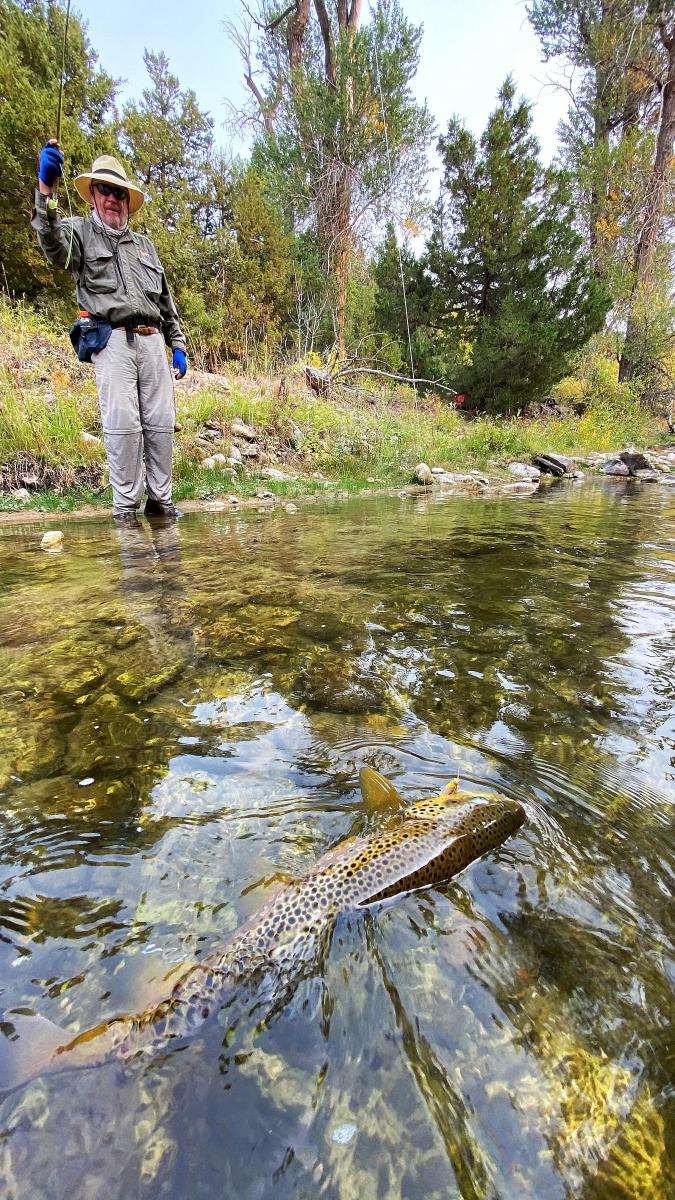 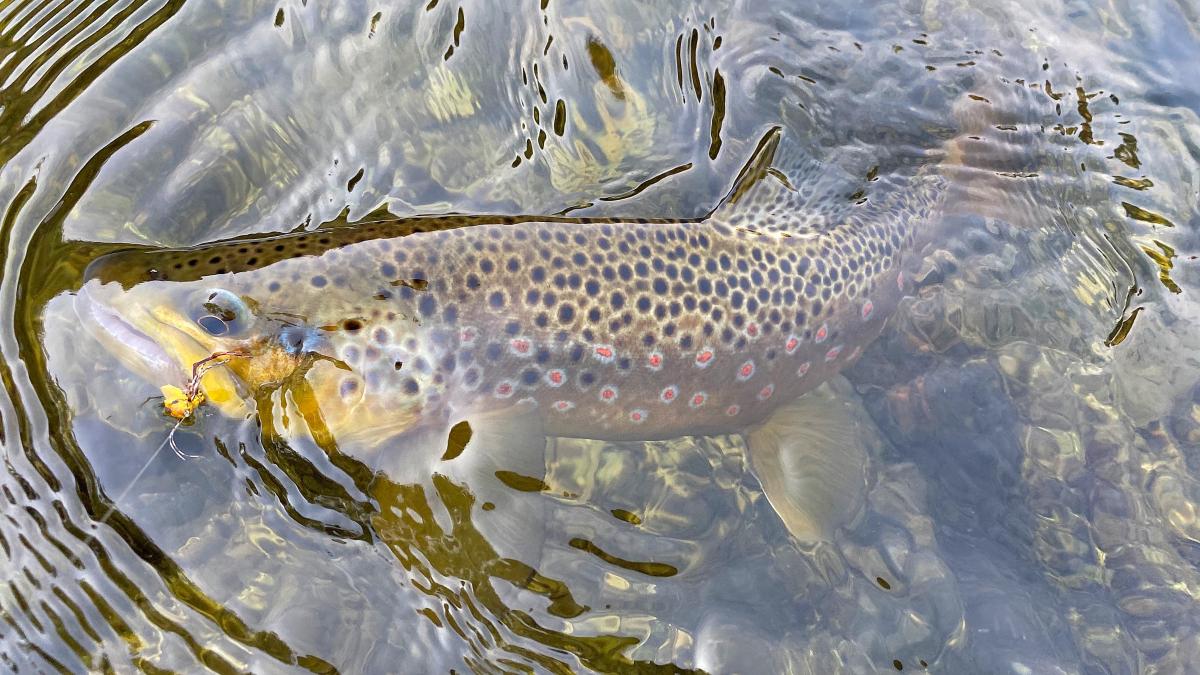 Solid browns caught on hoppers... the best of small streams! 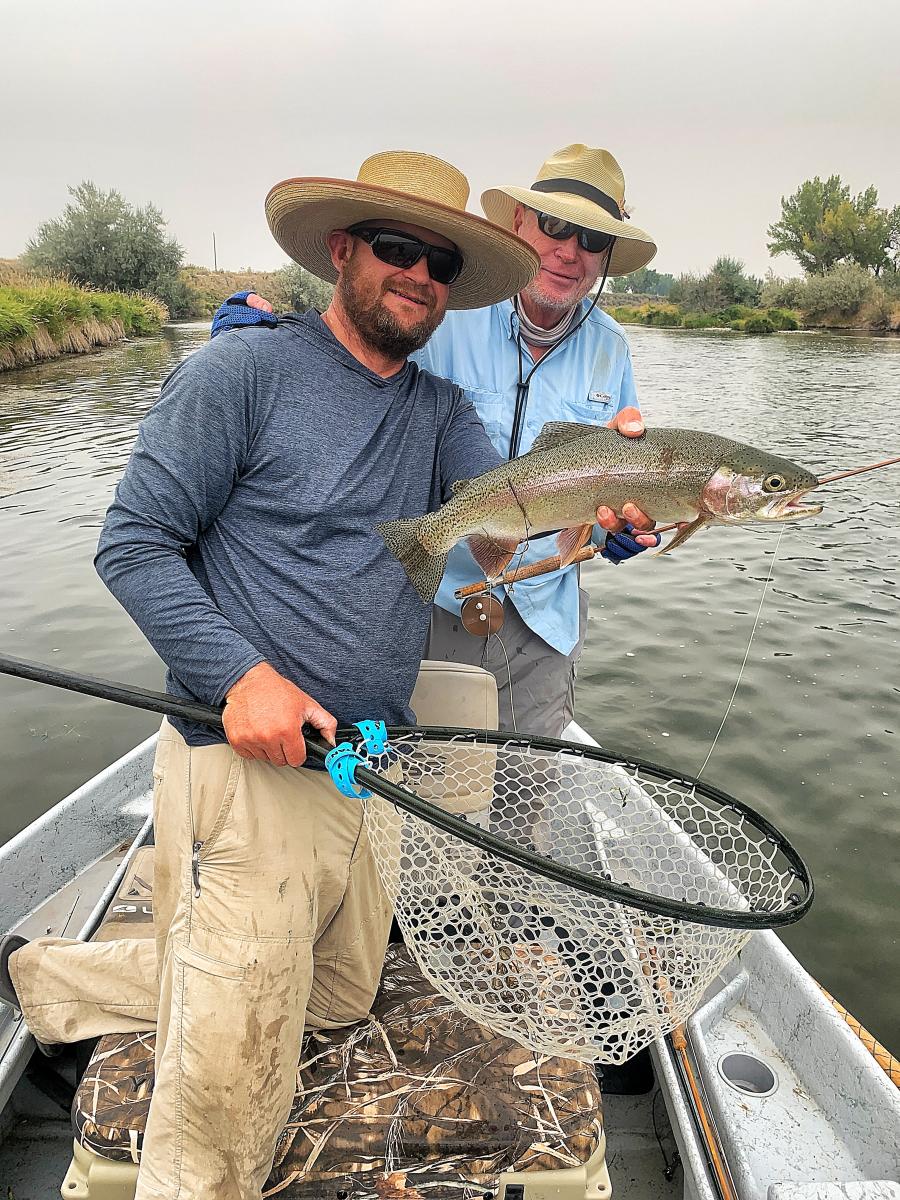 From there, it was off to the Bighorns for two days of floating for 18-22 inch browns and rainbows that are obscenely fat and strong. 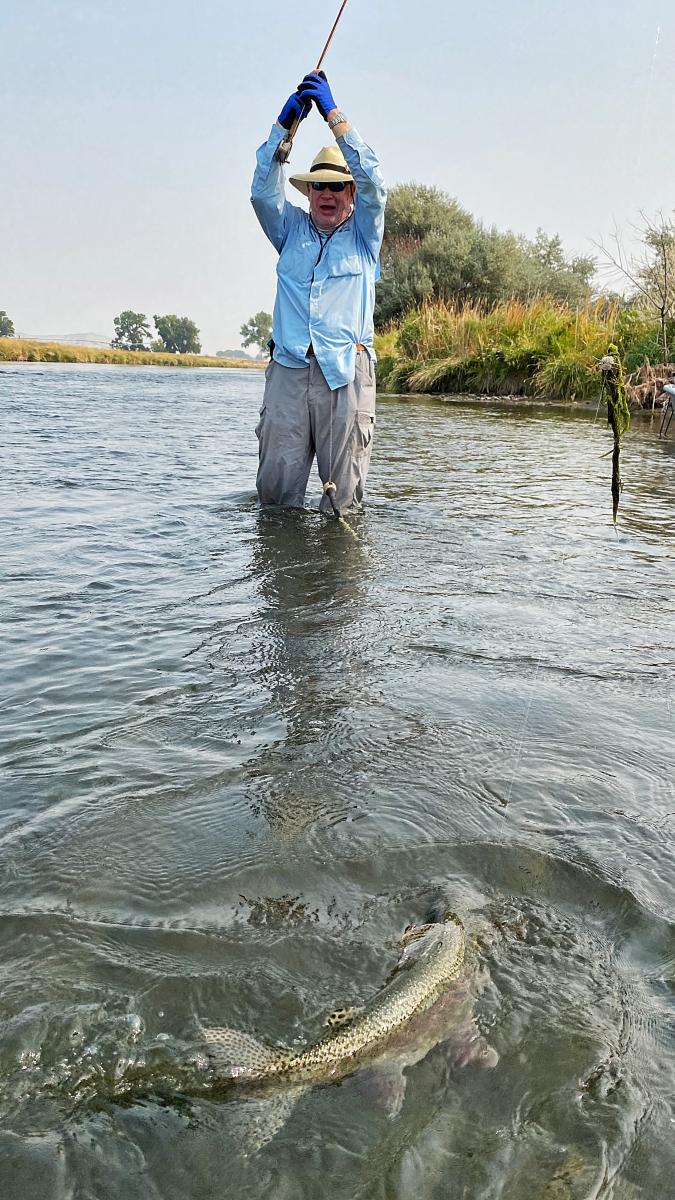 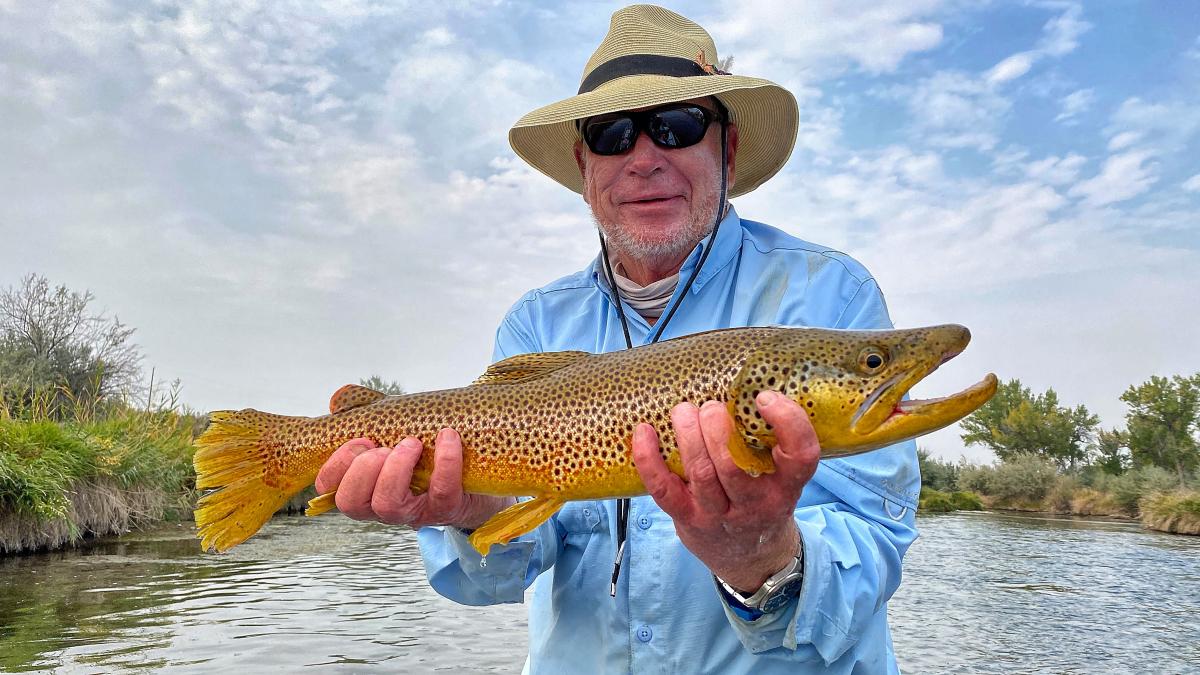 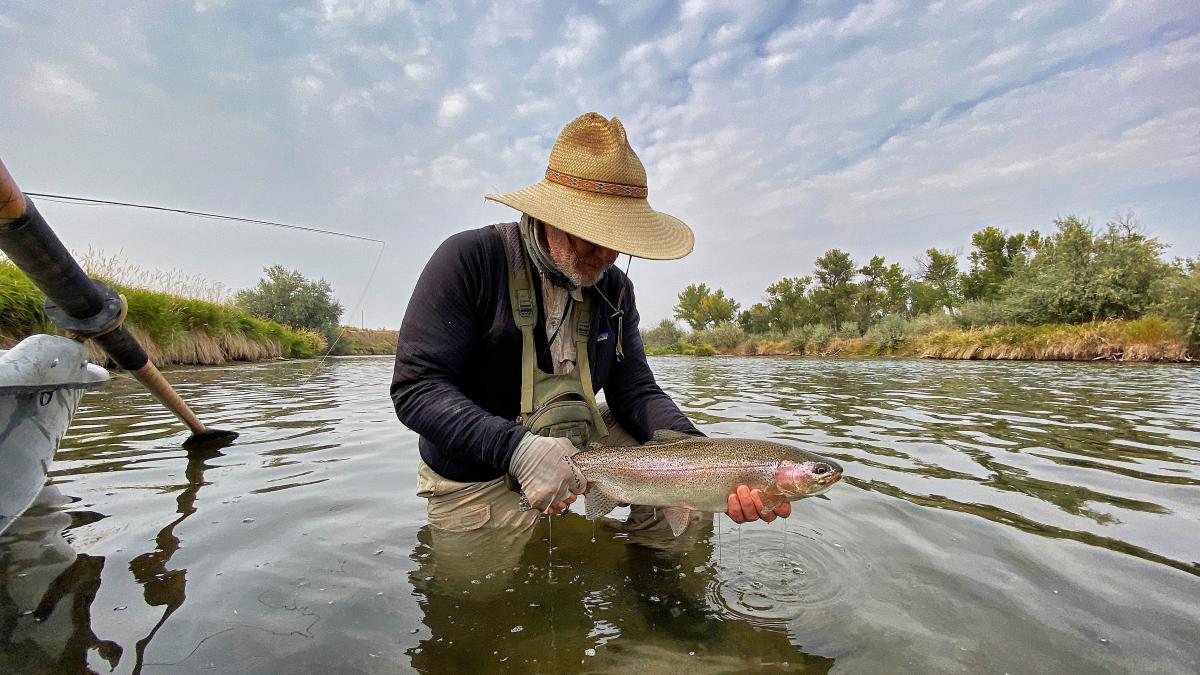 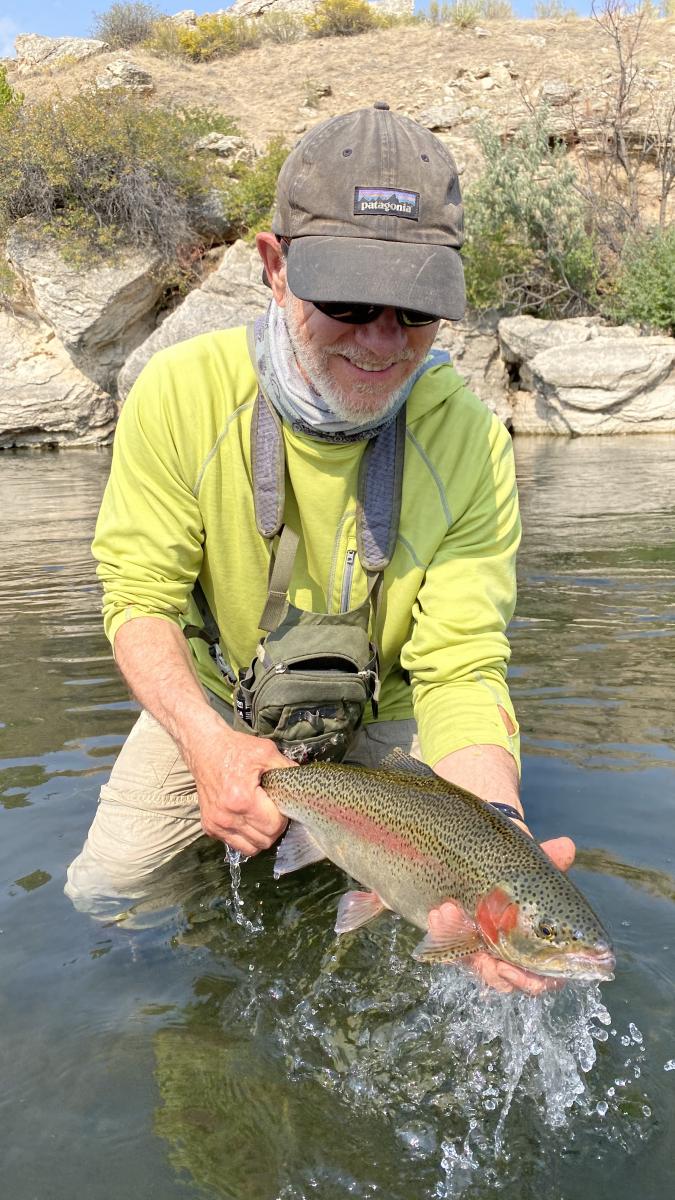 Dan, Chad and I had a couple great days. We had beautiful fall weather and challenging, but highly productive fishing. Just what you want when fishing for big powerful fish. We needed to stay on our game which included accurate casts, good drifts and uninterrupted concentration to pick up the sometimes subtle takes. Then it was pure chaos. I don't think we caught one fish that wasn't a fat, but powerful pig.

Thanks guys for letting me join you!