After their tarpon buzz wore off, Clark and James slid south of Cancun to visit the Espiritu Santo Bay Lodge which has been a highly popular fishing lodge operation since 2017. This “new to the game” lodge offers anglers comfortable accommodations with gourmet dining in a very remote part of the Yucatan. The lodge runs four of the eight boats allowed to run commercial guided fishing in the southern half of Mexico’s Sian Ka’an Biosphere Preserve (Ascension Bay is in the northern reaches of the same preserve). 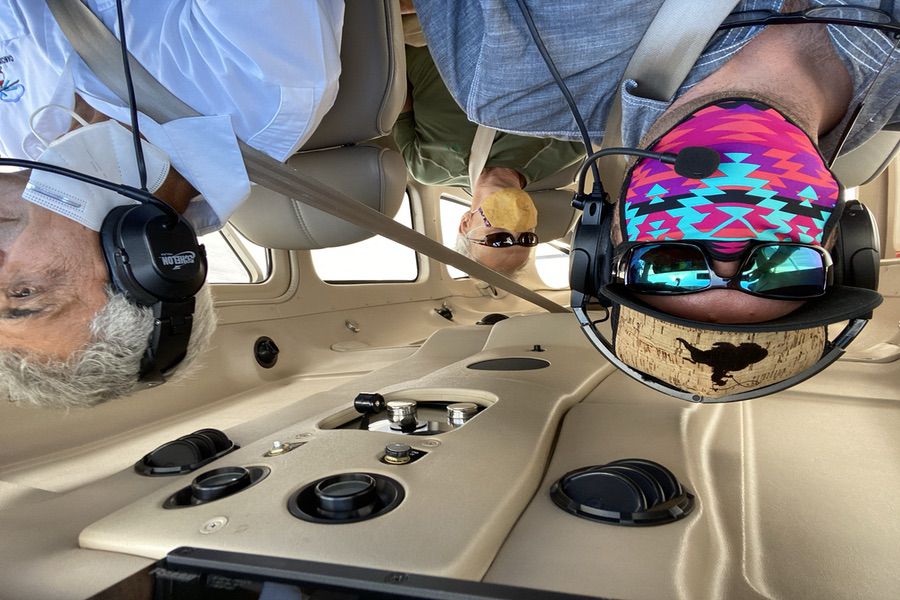 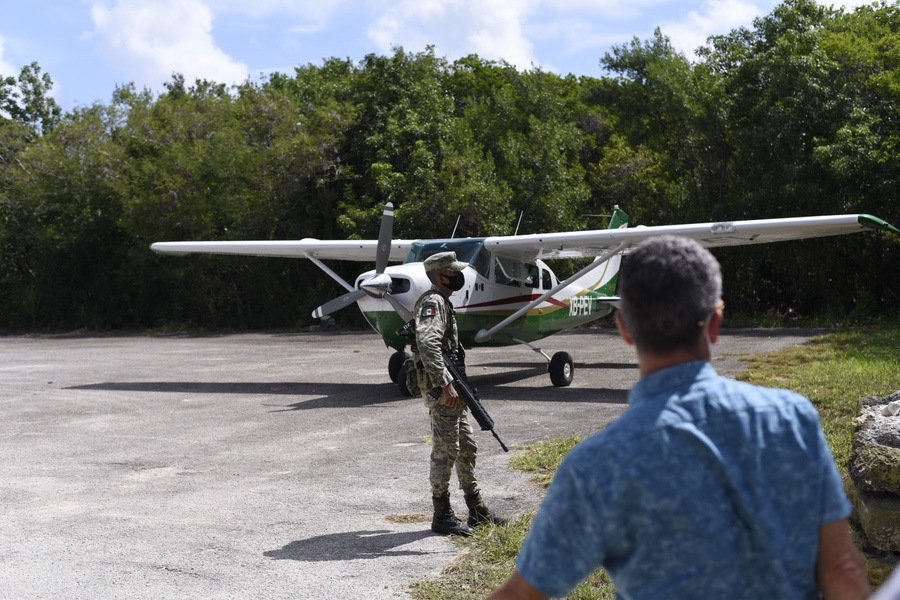 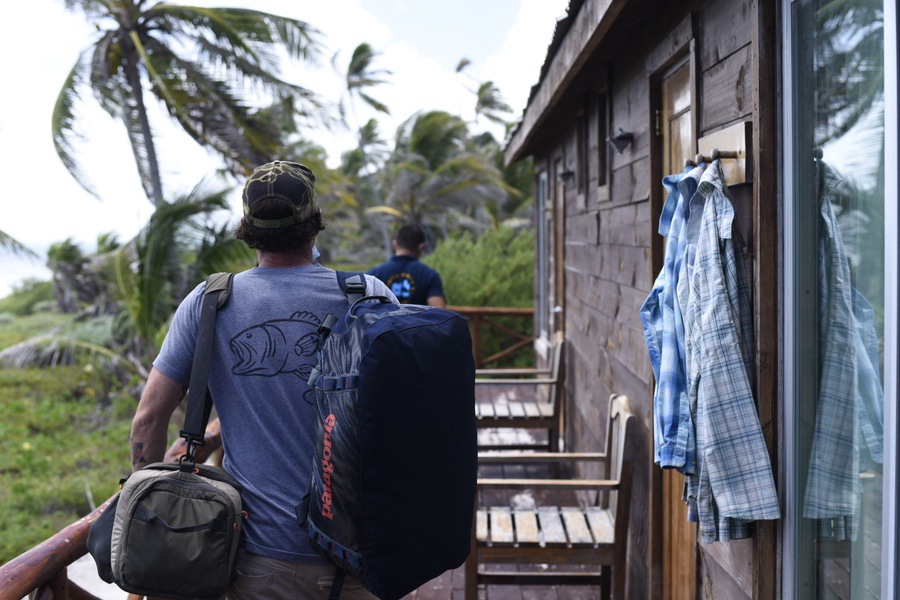 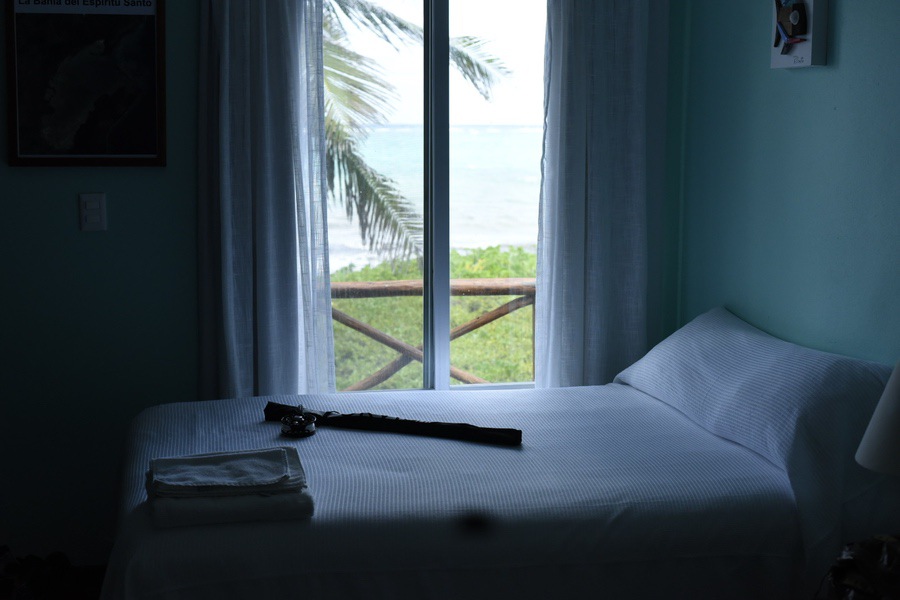 Still licking their tarpon wounds (tarpon have an uncanny ability to provide line burns like no other) Clark and James were excited to focus on the tarpon’s less eager “flat mate” the ever-so-elusive permit. Espiritu Santo Bay is known as being one of the world’s best permit fisheries. This 15-mile by 5-mile little brother lies a few miles to the south of Ascension Bay and is home to a lot of permit. It is also one of the most regulated fisheries anywhere.

Much like the islanders in Holbox, the staff at E.S.B. Lodge were also taking the pandemic seriously. Thy required masks while inside, their kitchen and cabin cleaning staff were all masked and the lodge owner/manager Dane Emerson took every anglers’ temperature at breakfast each morning. Additionally, the lodge is only allowing five anglers on their four boats (until the Mexican government lifts their COVID-19 restrictions for the Sian Ka’an Preserve). 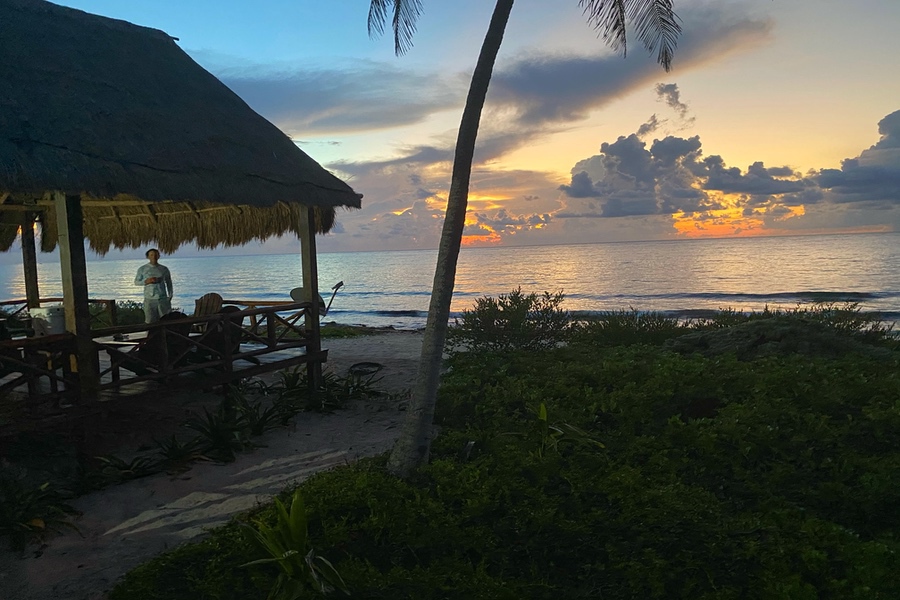 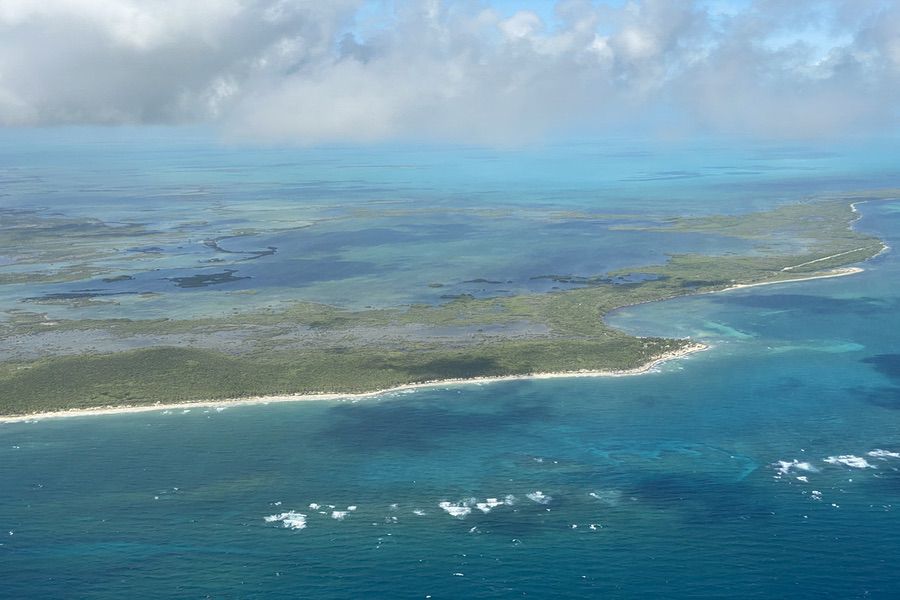 Each day Clark and James made the 30 minute van ride to the small lobster fishing village of Punta Herrero where the lodge keeps their four Hells Bay Whipray flats skiffs. Here anglers meet the guides and venture out into Espiritu Santo Bay in search of whatever they are keen on fishing for that day. Espiritu Santo Bay offers a lot for the discerning flats angler. 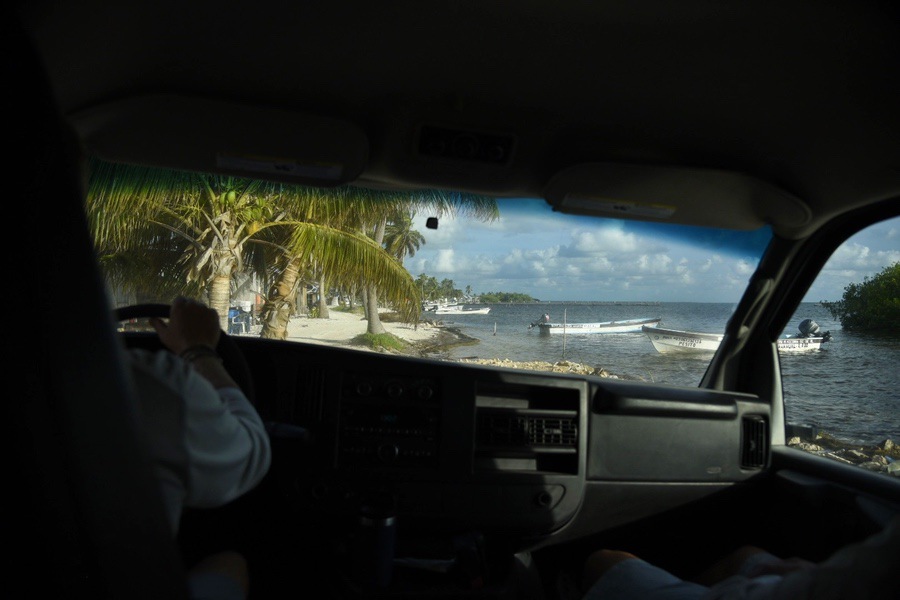 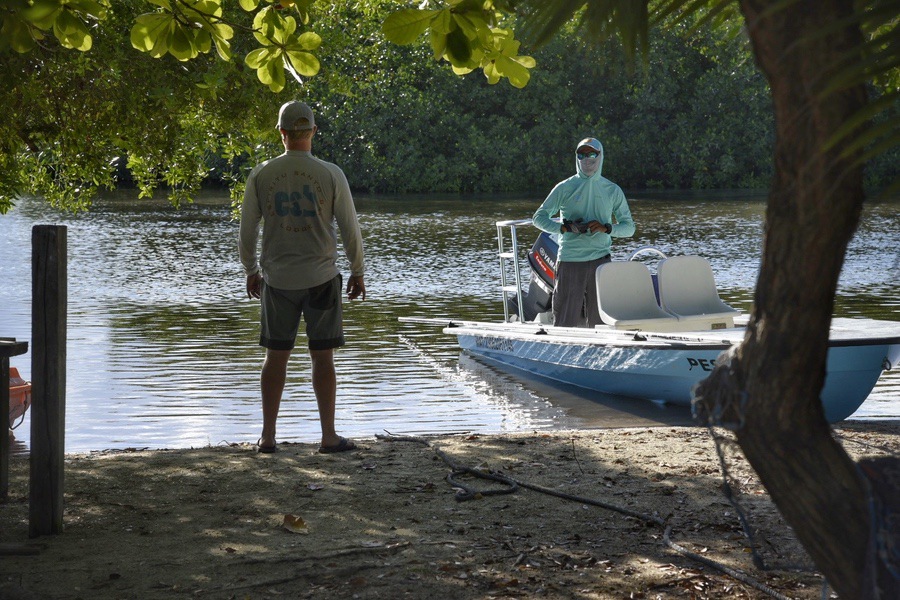 Besides being one of the western hemisphere’s best permit fisheries, there are ample bone fishing opportunities for the Yucatan’s largest bonefish. The average fish in E.S.B. is somewhere around four pounds and daily shots at five plus pound fish are common. During the early October week that Clark and James were in E.S.B., a couple of the other anglers each caught a handful of legitimate eight pound bonefish. 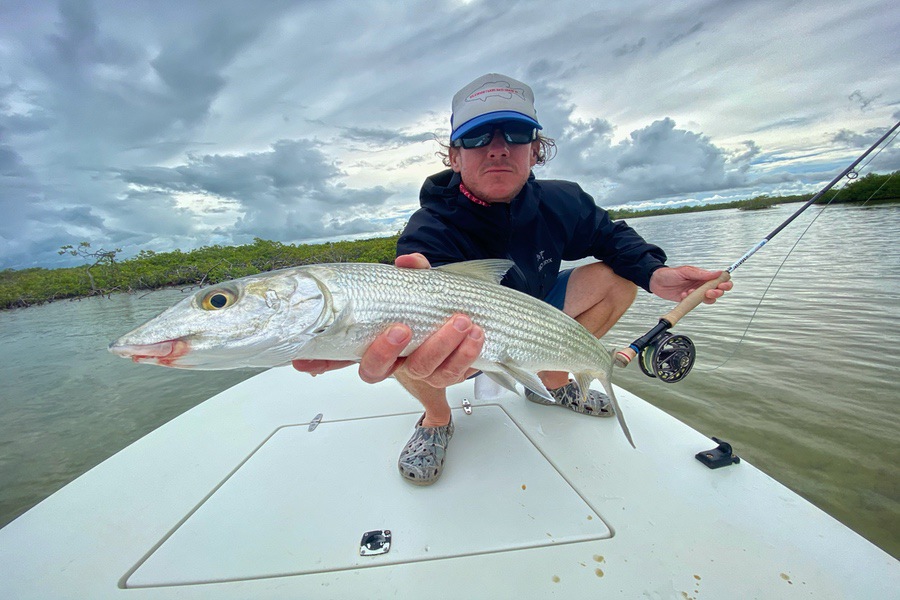 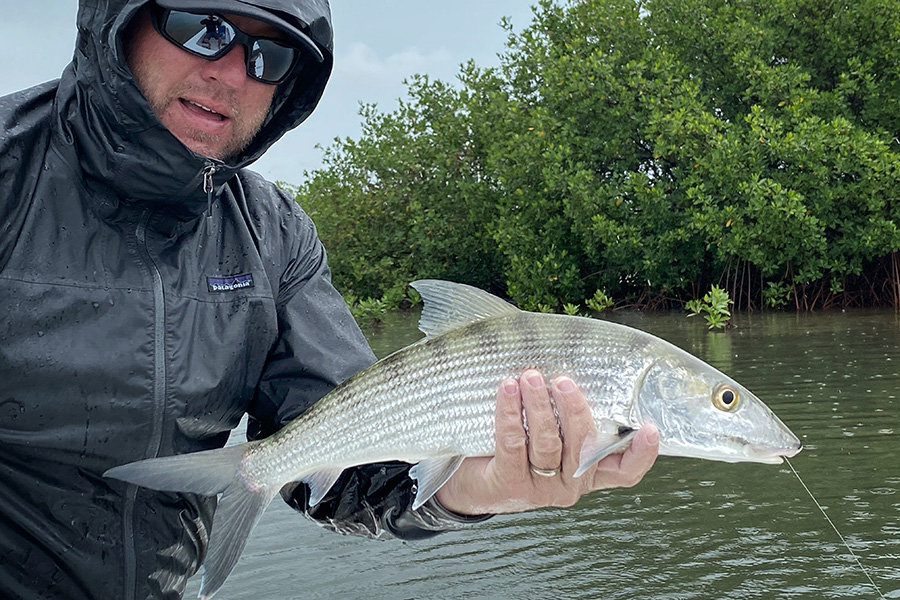 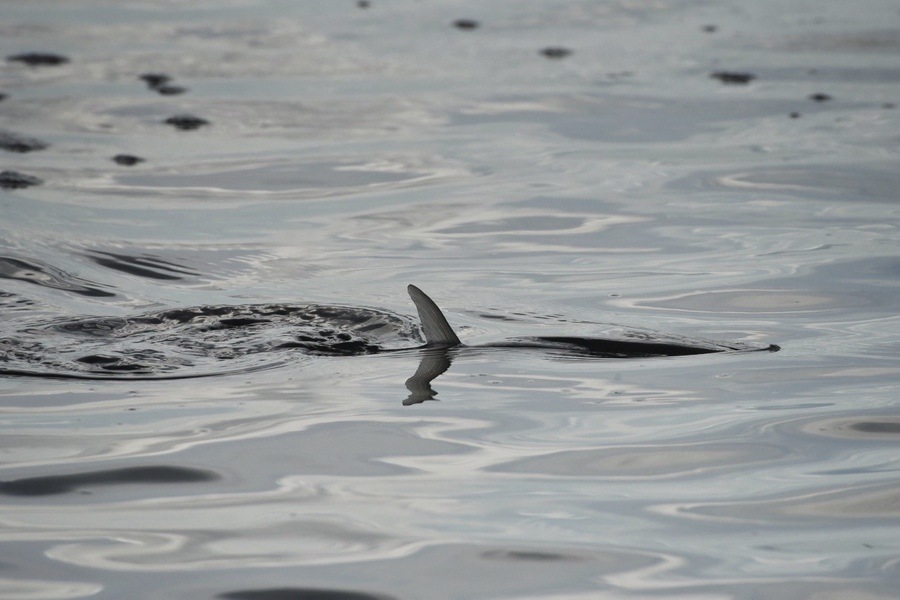 Additionally, the tarpon enthusiast can target both large adult tarpon in deeper cuts and channels nearer to the barrier reef or juvenile tarpon up to twenty pounds in the interior shallow water mangrove flats. Furthermore, due to the non-commercial fishing restrictions in the Sian Ka’an Biosphere Preserve, the harvesting of snook is illegal and therefore there is a healthy population of snook in the twenty to thirty pound range. On this trip a monster snook was hooked but not long into the fight it’s razor sharp gill plate severed sixty-pound tippet as if it were ten-pound. Lesson learned. Its important to fish big snook with eighty to one-hundred pound tippet and keep your rod tip in the water to limit the fish’s ability to jump and turn its head on the leader. 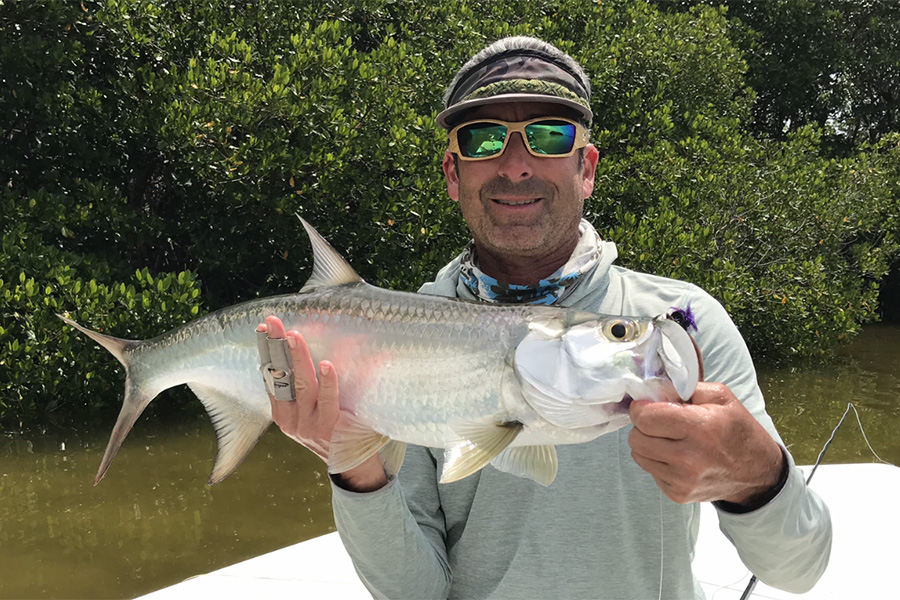 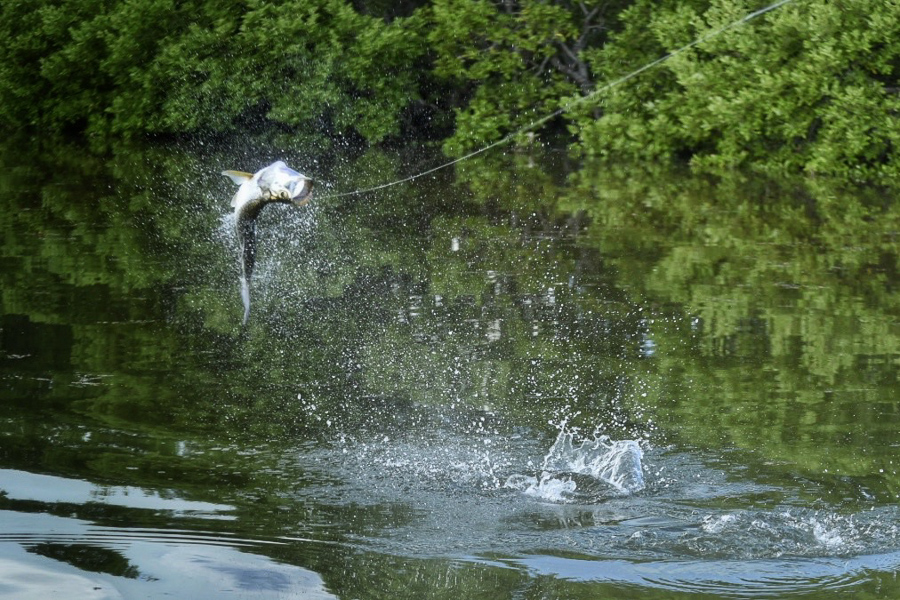 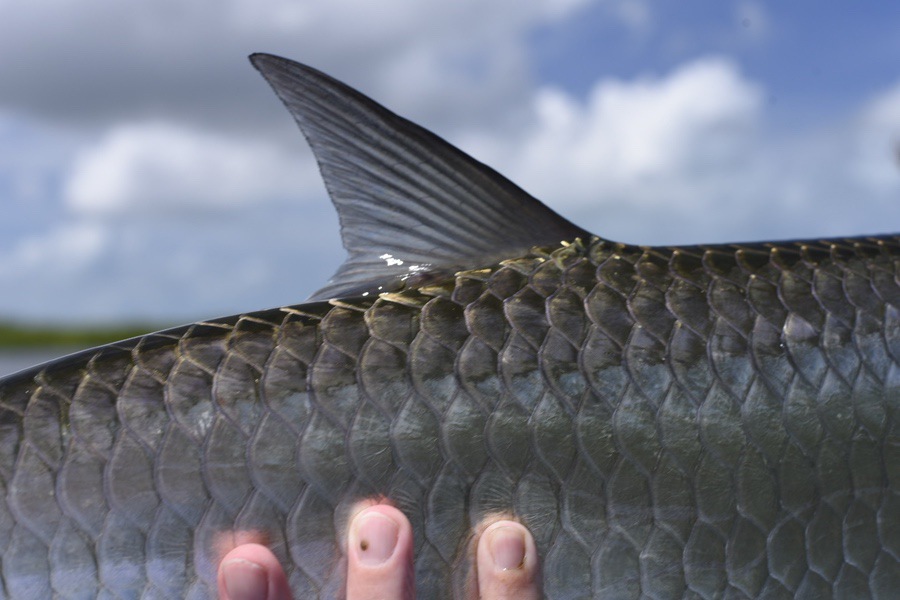 All said and done, James and Clark took a “when in Rome” approach and chose to target permit each day. Thanks to tropical storm Gamma, their permit efforts were limited to four days while a fifth day turned into a rain filled, soggy bone-fishing day and their sixth day was canceled due to the storm. In the four days of permit fishing, the duo hooked an impressive eleven permit, landed nine and had two doubles! Who knew that reduced fishing pressure could provide both excellent tarpon and permit opportunities? 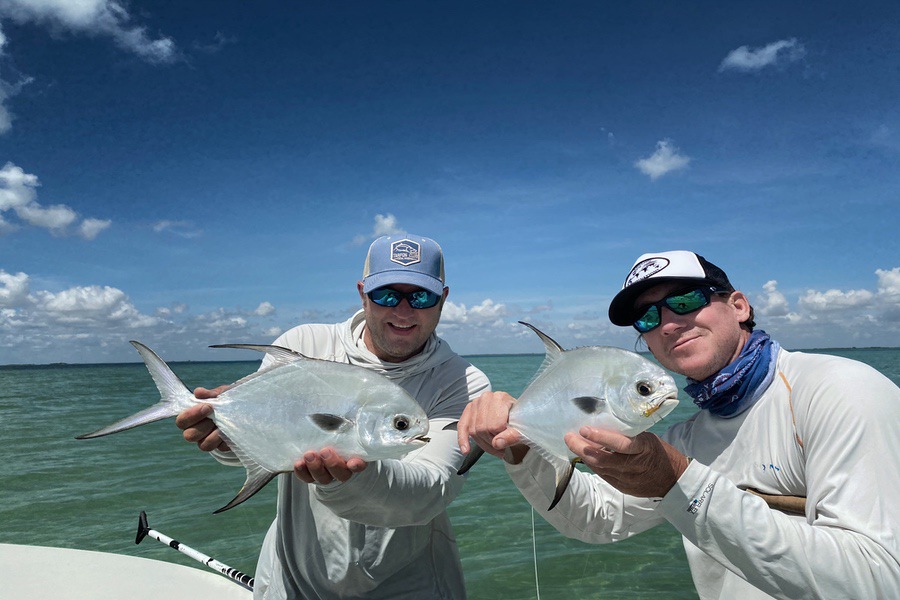 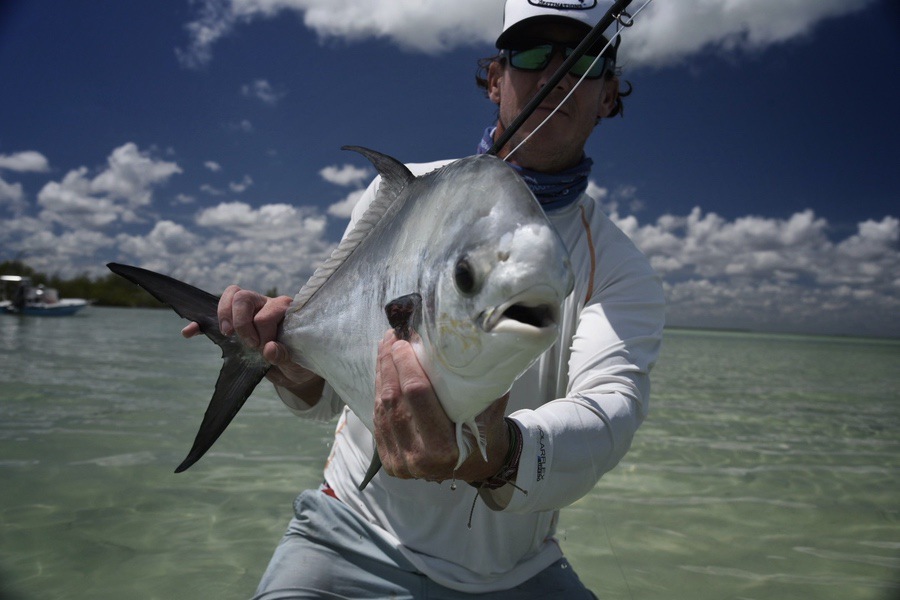 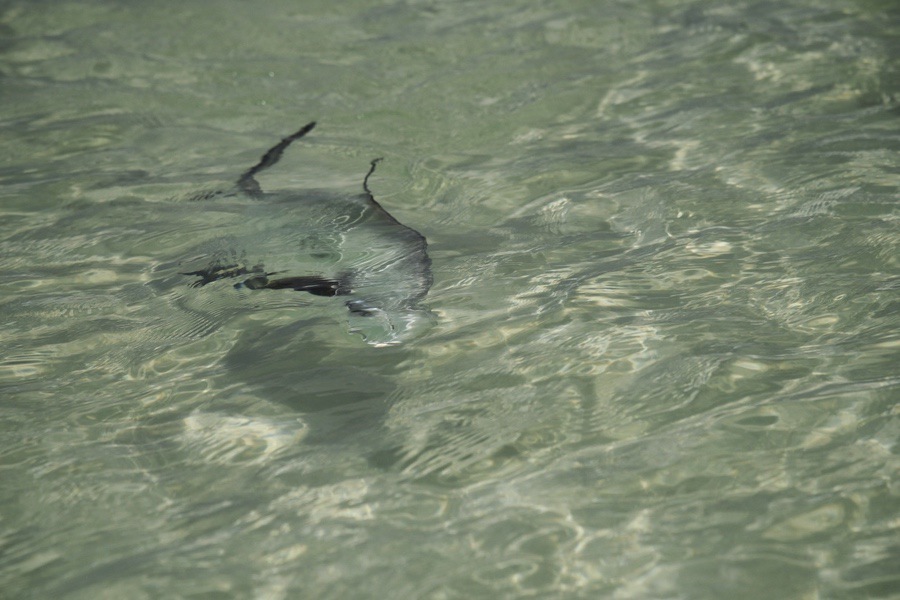 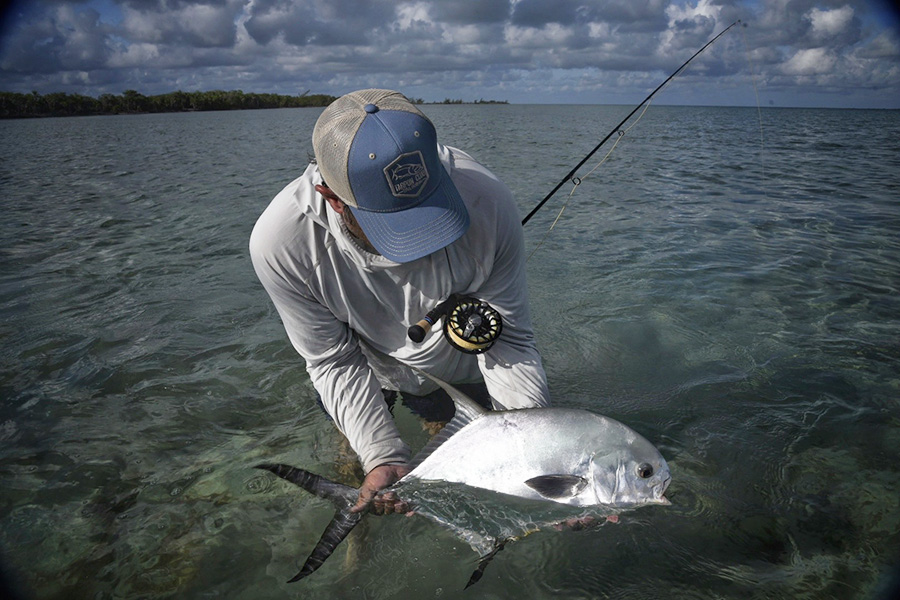 Initially a tad fearful of getting sick, Clark and his travel companion James agreed their fishing experience in Mexico was well worth the risk (to date - Nov 2 - neither angler has reported any symptoms). Due to Tropical Storm Gamma, their nine-day trip was shortened to eight days but the stars aligned during the timeframe they were allotted. Forty-two tarpon, nine permit and a slough of bonefish are numbers hard to fathom and have kept the anglers wondering if this was simply the “right-time-right-place” or if there were other factors at play. 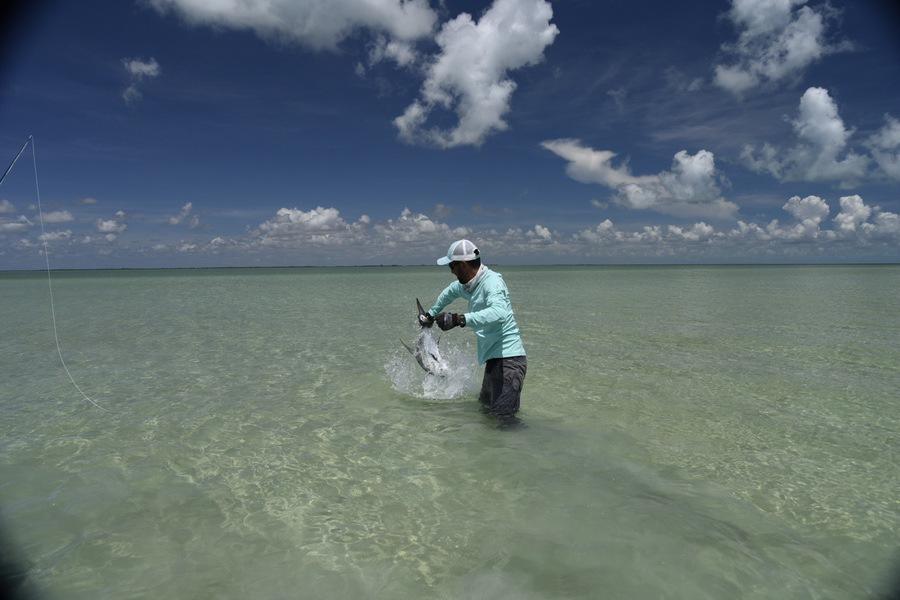 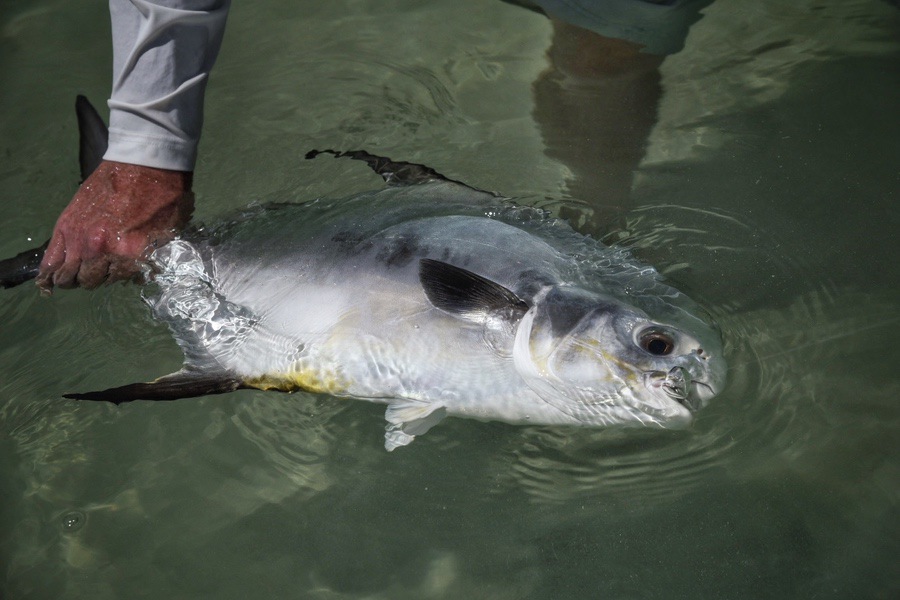 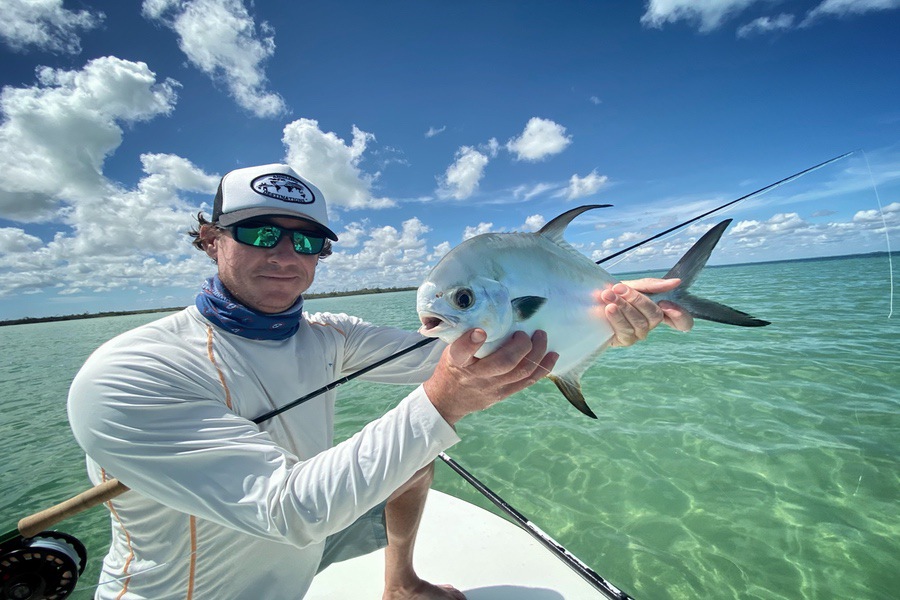