Before COVID-19, a weekend afternoon at the international airport in the spring break hot spot of Cancun, Mexico would likely see troves of travelers bustling in herds toward their all-inclusive resort’s airport shuttle service. However, a Saturday in mid-October, 2020 presented an almost deserted airport. It seemed almost like the airport was the one nursing a hangover from one too many tequila shots rather than its patrons.

Only two of the airport’s four terminals were in use. In addition, a significant reduction in flights to the world’s most popular tourist destination left the immigration/customs officials hosting just a handful of people at most. It took only twenty-six minutes from deboarding a half-sold Southwest (no middle seat occupants) flight from Denver to go through immigration and walk to a private hired van that was to take Cole and Clark to the remote fishing village of Punta Allen (roughly three-and-a-half hours south of Cancun).

During the van ride, Angling Destinations’ new ownership duo commented on the number of airport workers whose sole task seemed to be “sanitize everything” - including their bags the moment they appeared on the luggage carousel. The ease of scooting through this international airport was unprecedented.

Upon arriving at La Pescadora fly-fishing lodge, a short mile south of Punta Allen at the end of a spit of earth that juts into the northern reaches of Mexico’s famed Ascension Bay, Cole and Clark were greeted with hand-sanitizer and a fresh ceviche prepared by the lodge’s mask-laden kitchen staff. It was then that they learned that they were to be the only two anglers at the lodge for the week. Really? No other anglers? In fact, the only other lodge in operation was the Palometa Club - just down the road. The club was entertaining an all-ladies fishing group and were to be focusing on an introduction to fly-fishing in salt water. Permit obsessed head guide and co-manager Jose Ucan was to be Cole and Clark’s guide and informed them that there would only be a total of five boats fishing in the bay for the week. A number up from two boats the week before, and zero the week prior. Then, with a mischievous grin, Jose said, “and the fish are eating!” 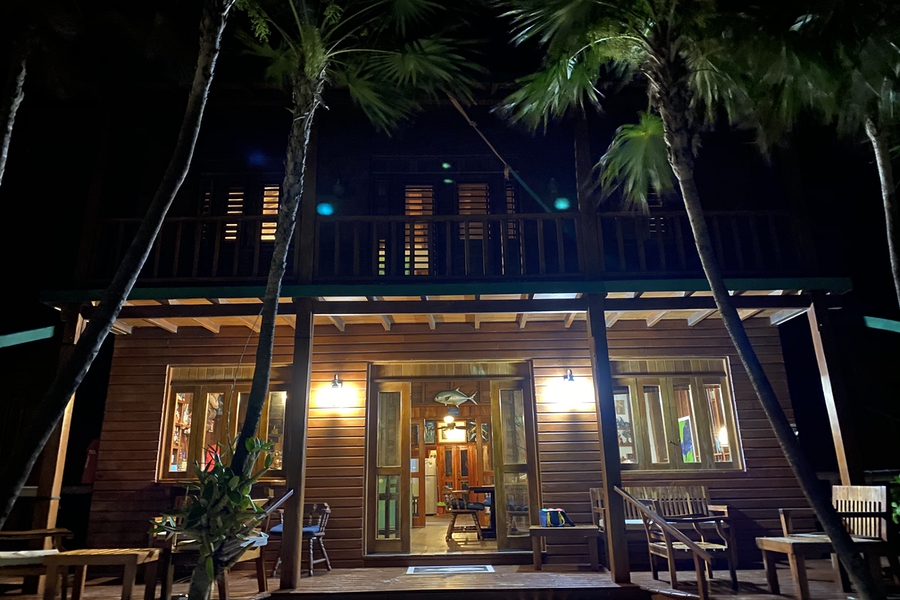 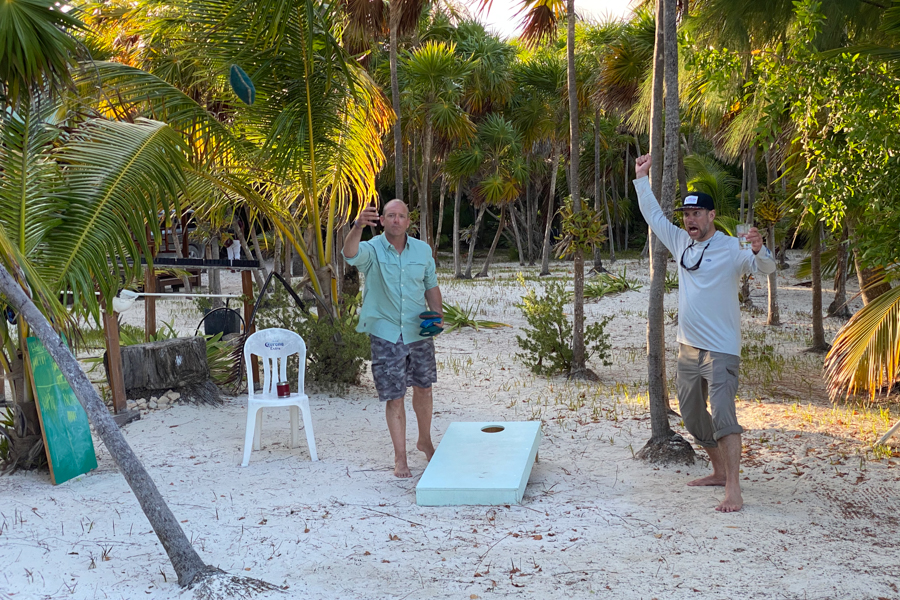 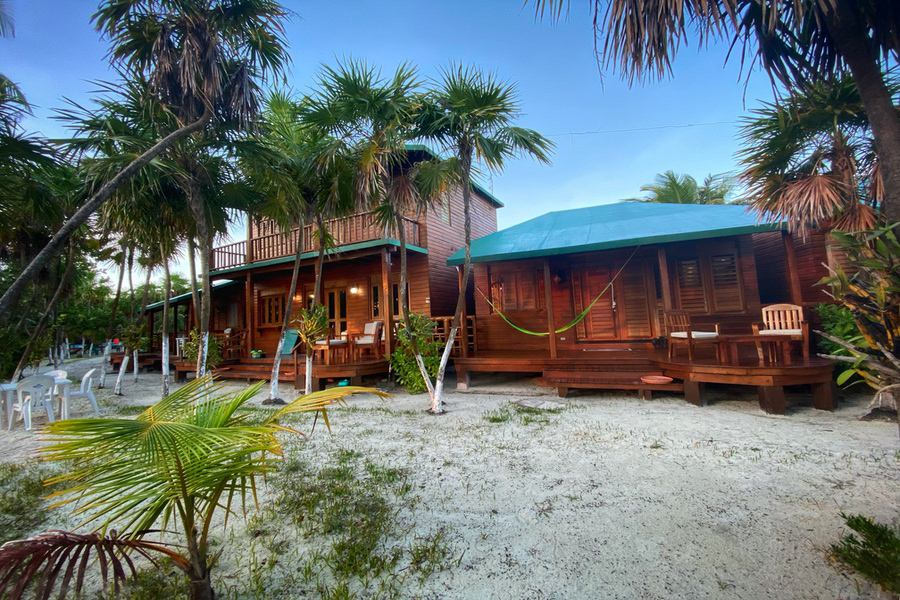 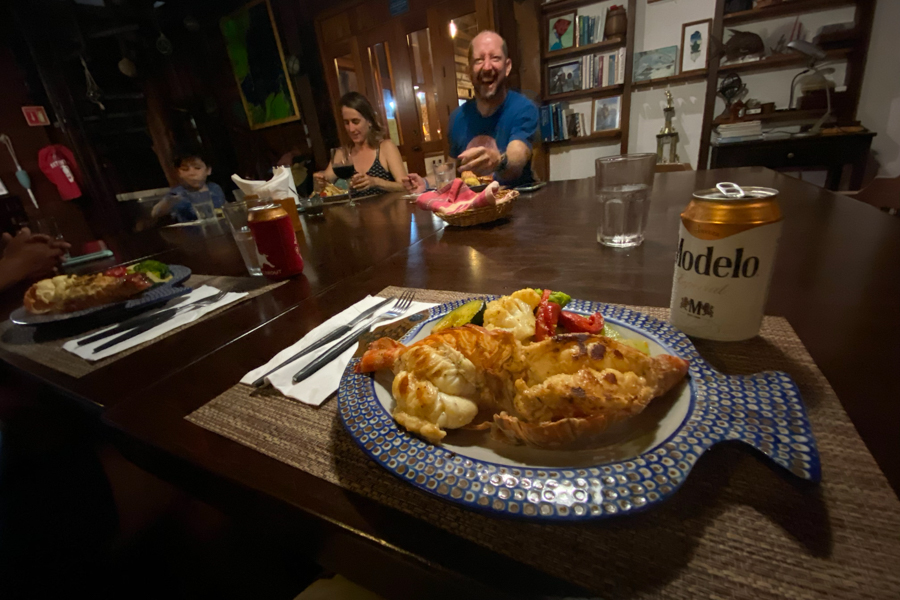 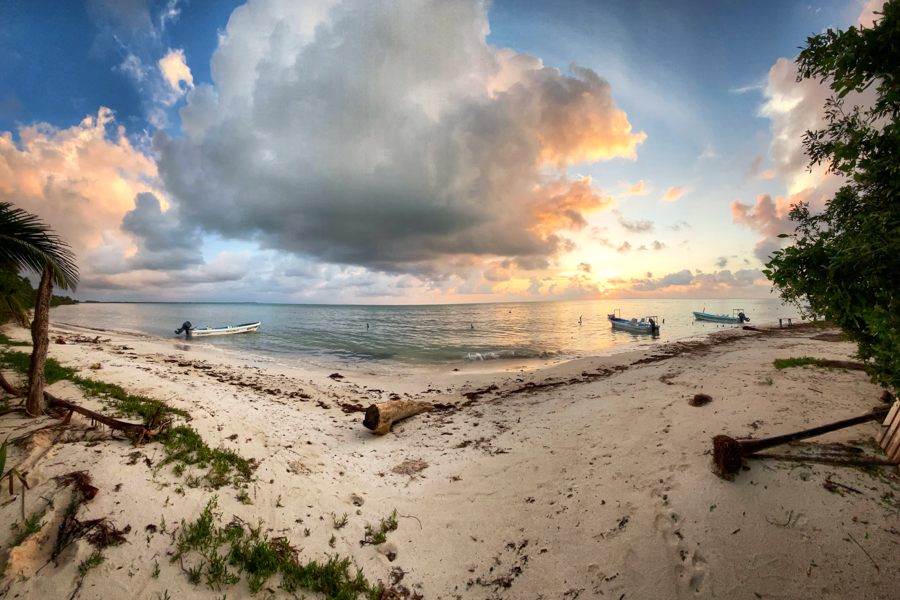 He wasn’t blowing smoke. As the week started with favorable fishing conditions - a light westerly breeze and plenty of sun. Cole sank multiple hooks into multiple permit and while diligently trading shots/time on the bow of the panga, Clark seemed to have a knack for teasing permit into dancing all over and around his fly but for whatever reason (likely angler error) wouldn’t commit. After the fourth day, Cole had landed five permit, hooked another two while Clark remained fish-less despite watching a handsome permit inhale his spawning shrimp pattern while fumbling for control of his fly line. On day five, Clark’s “mala suerte” (bad luck) changed and he was able to successfully close the deal on an eight-to-ten pound permit. If nothing else, his confidence was boosted and shortly thereafter was able to hook a larger permit out of a school of around twenty only to have the baggy sleeve of his shirt grab the handle of his reel just as the line cleared from the deck. The permit raced across the flat, the mishap easily broke the 16lb. tippet tied to the Rag-head crab that Clark had moments prior fed to the hungry permit. Oh well. You win some and you lose some. You can bet that he'll be a lot more cognizant of fishing permit in long baggy sleeves but in the end will likely decide to go with short sleeves and commit to the sunscreen program. Lesson learned. 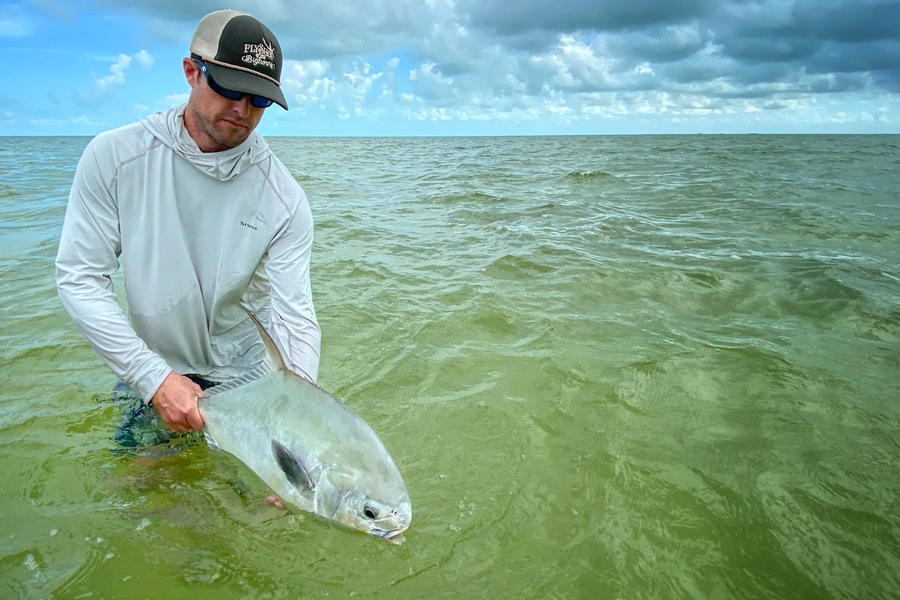 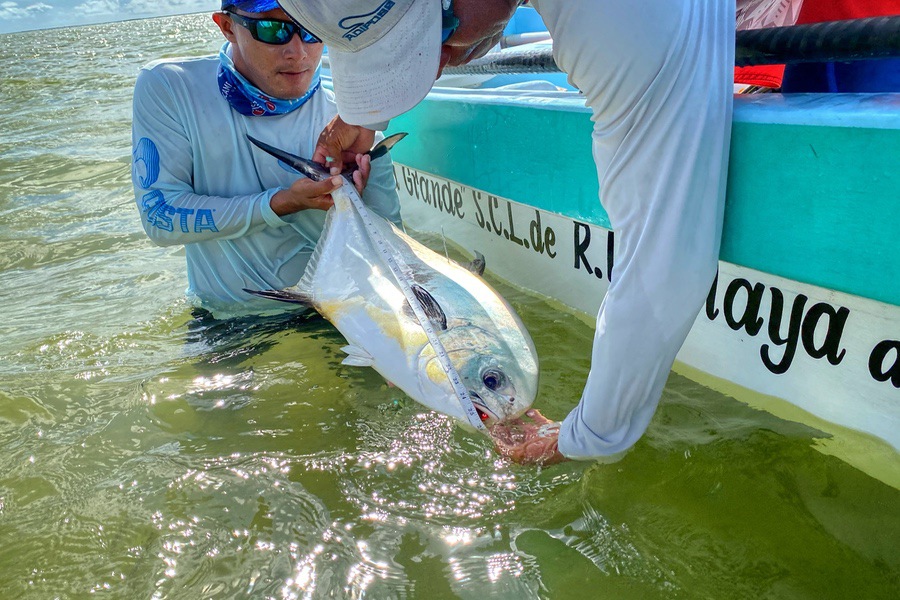 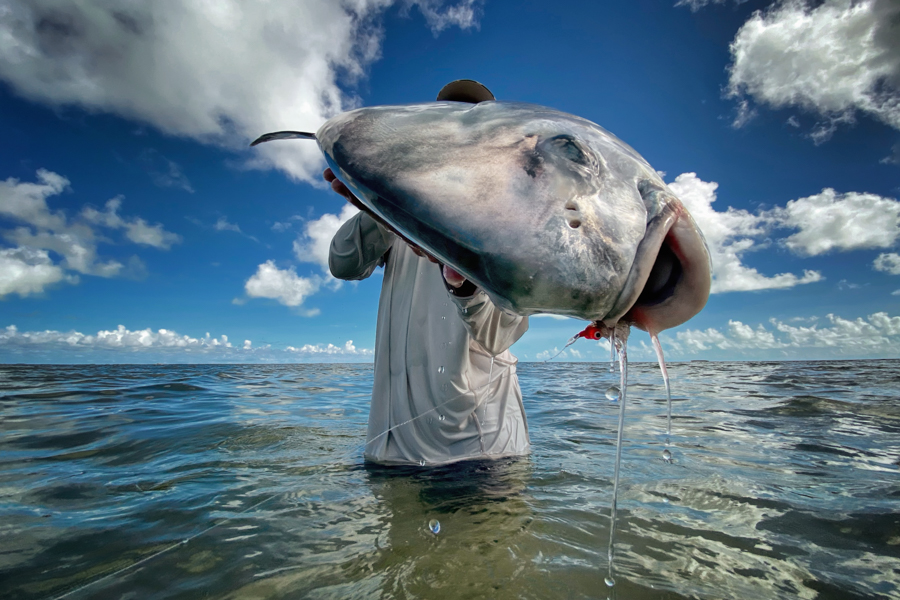 At the end of their week, the duo had accounted for eight permit and had hooked eleven. This was a spectacular outing in Mexico’s currently un-pressured Yucatan Peninsula. Definitely a bit of a silver lining in this weird year that has so many of us bogged down and feeling like we need a reprieve. Maybe, risking a little bit can be worth it? Maybe the new normal will involve anglers and guides working together to manage the pressure they put on the fish they love to chase? Maybe it's time for your reprieve? There are countless other fisheries the world over that haven’t been conducting “business as usual” due to the unfortunate set of circumstances that is 2020. In time we will learn if the fish of the world have all decided to change their behavior or if these experiences in Mexico were simply good luck. There’s really only one way to find out.

Angling Destinations is headed back to La Pescadora two times in 2021!

Inquire here to learn more about these two trips: 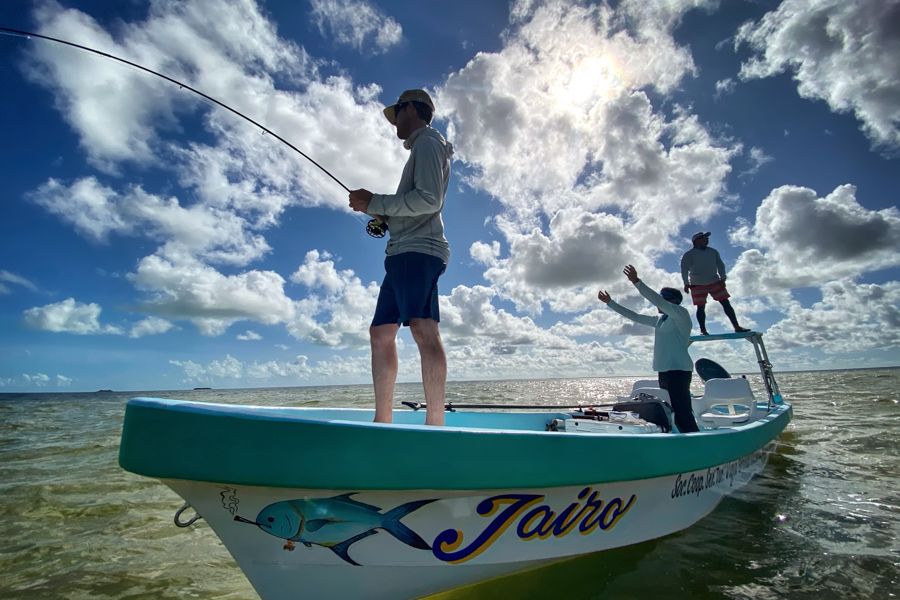 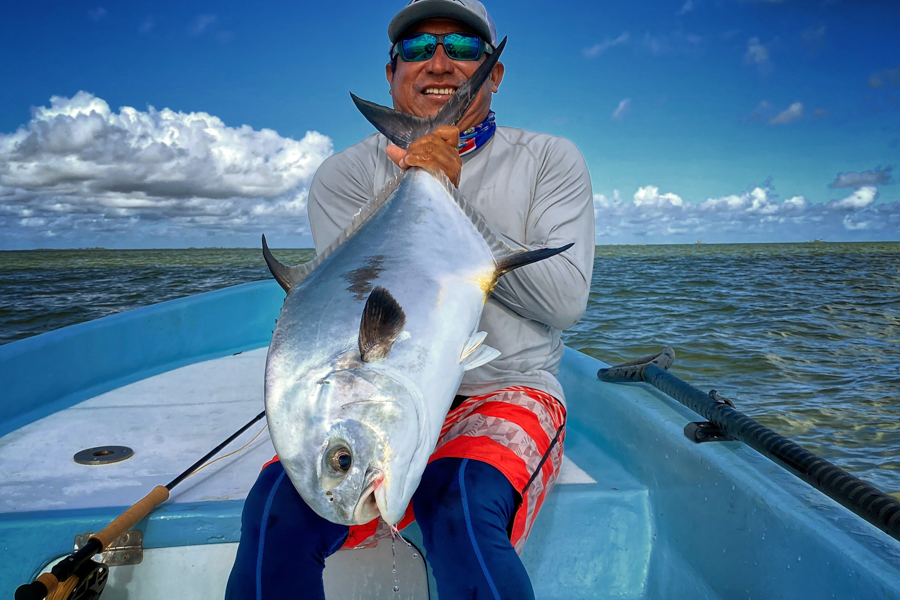 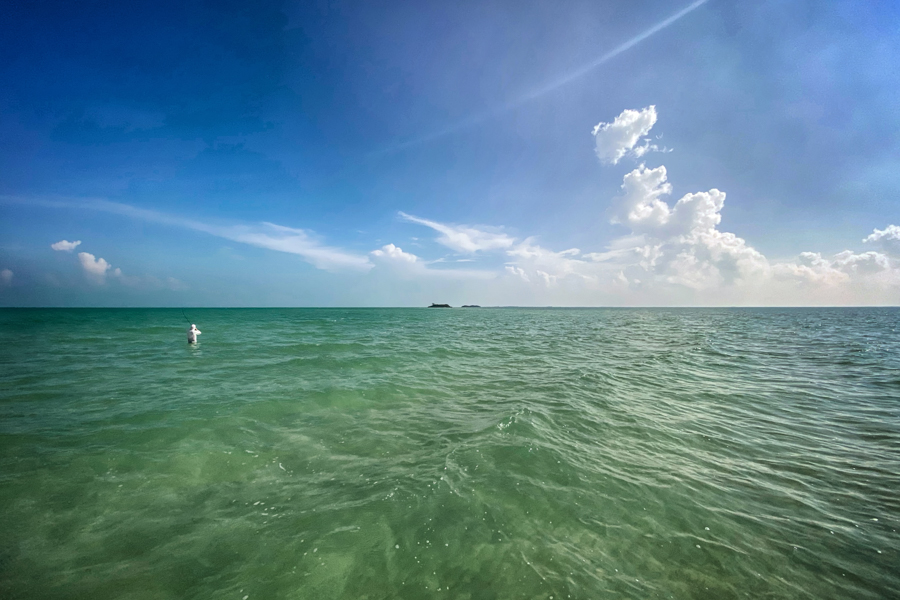 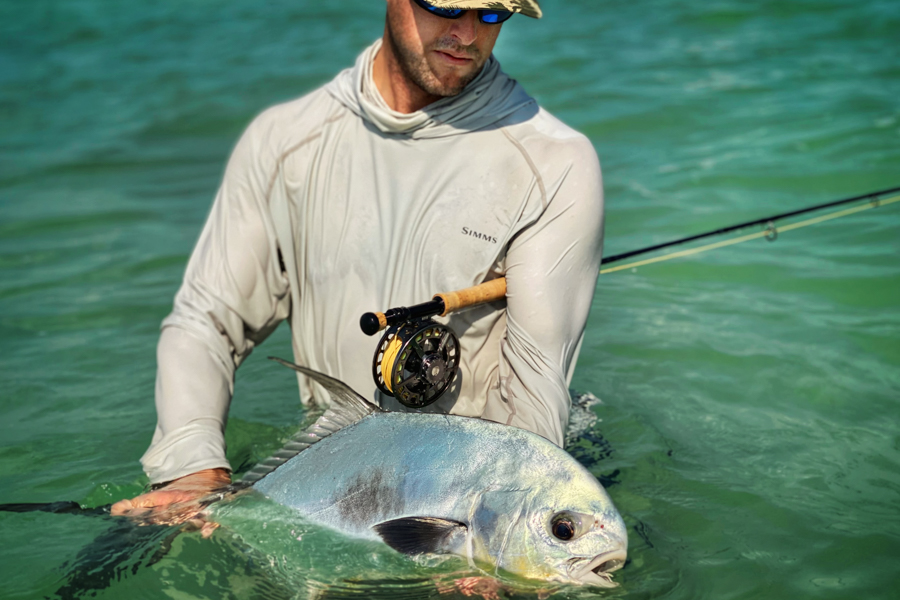 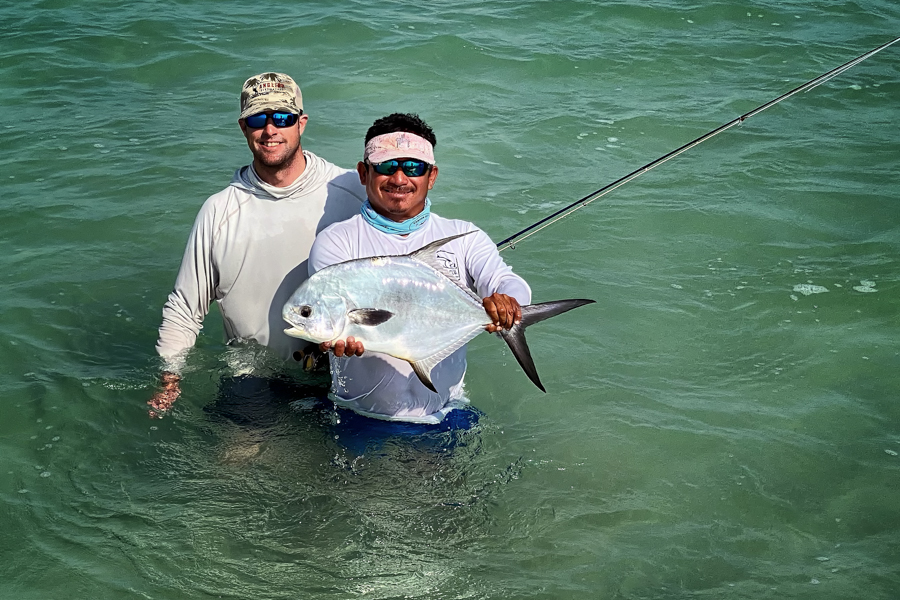 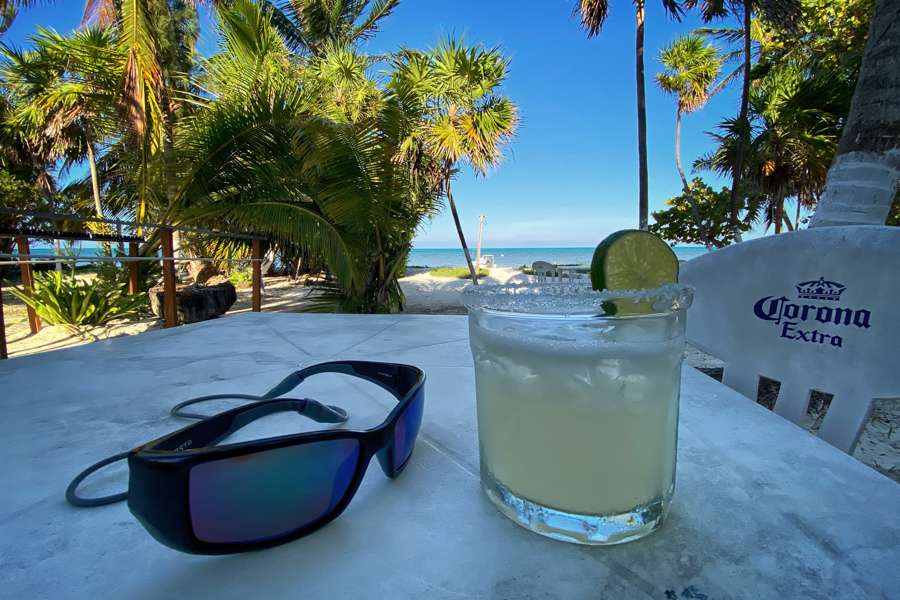