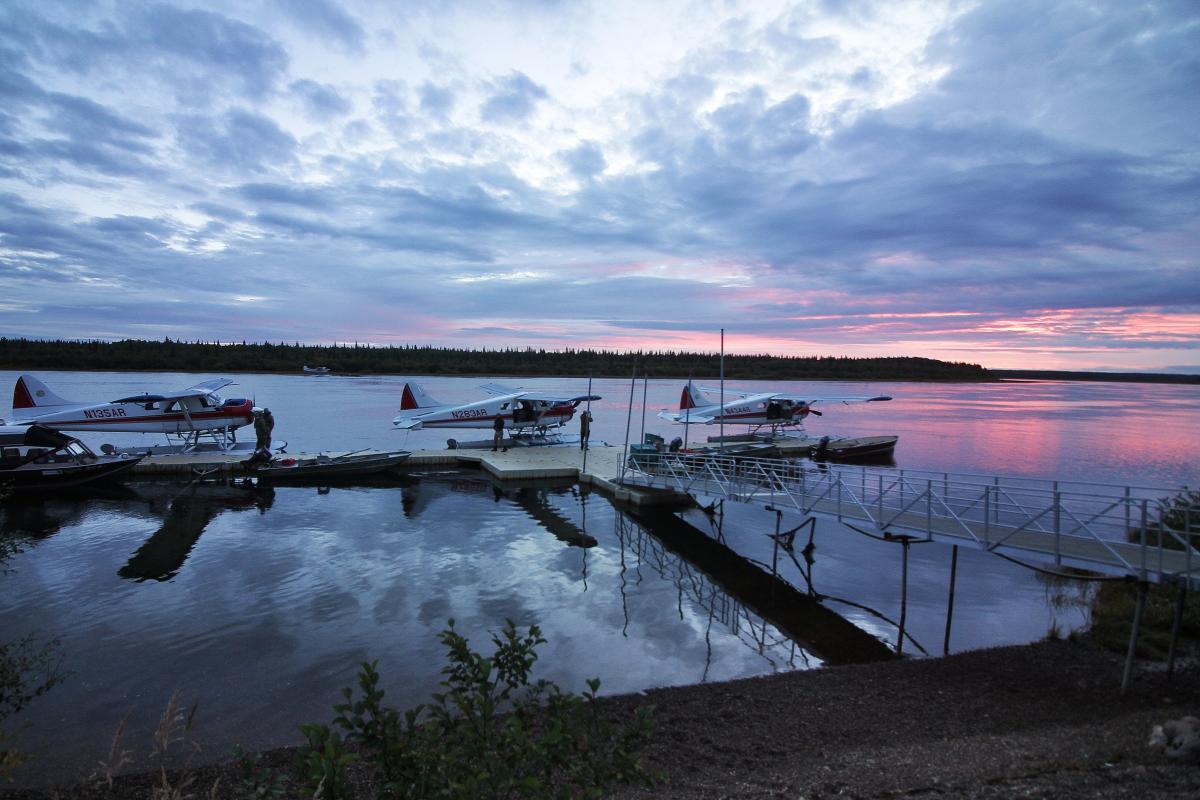 We had planned this trip seemingly a decade ago. We had originally been a group of 12. A very sad death, Covid and the lodge's inevitable shutdown last summer had all conspired to winnow the size of our group and postpone its start date. But now, here we were. With half our group at the lodge the previous week, we were the 6 remaining members and the second installment of the original group. We met our other friends on the tarmac in King Salmon. While we were finally here, I did feel some regret not getting to spend some time with these friends that were now departing. Ahhh Covid, please just let us be! 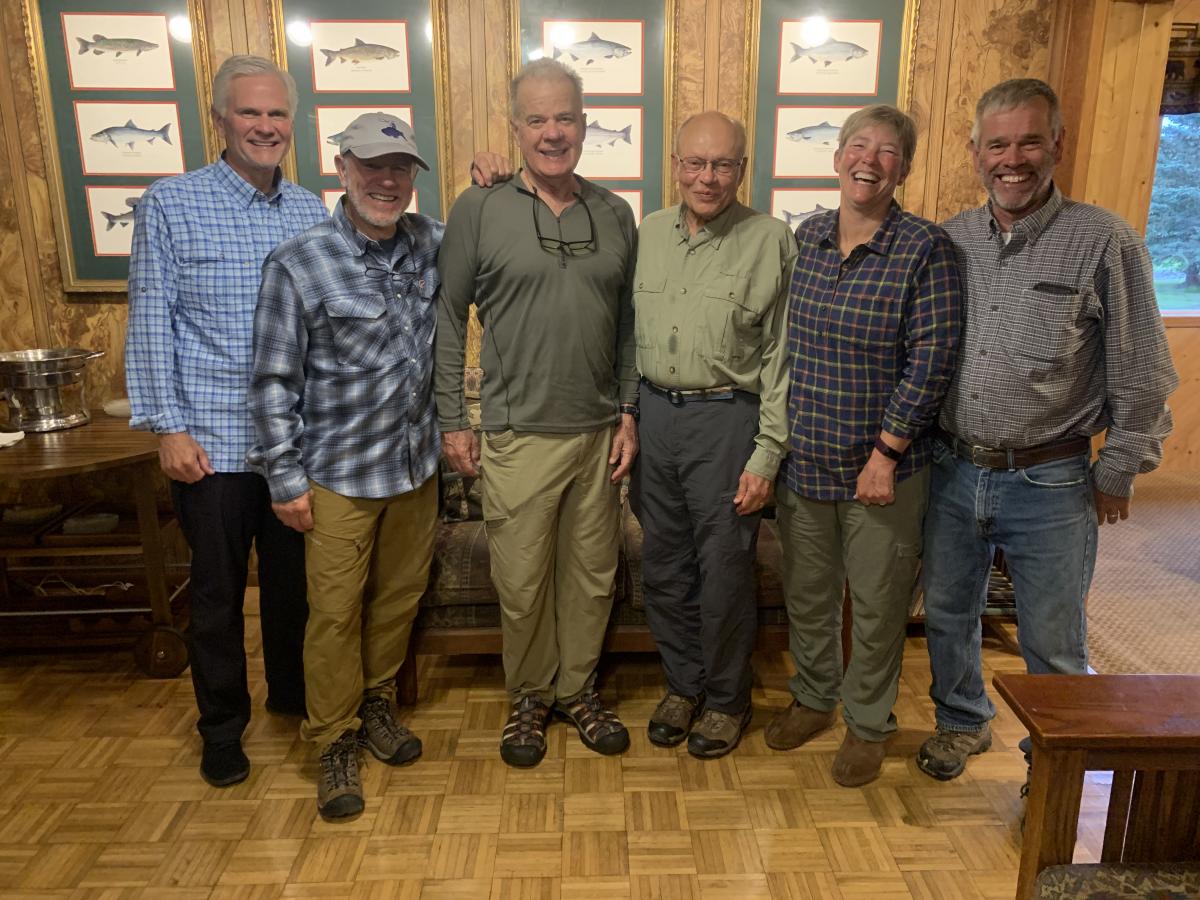 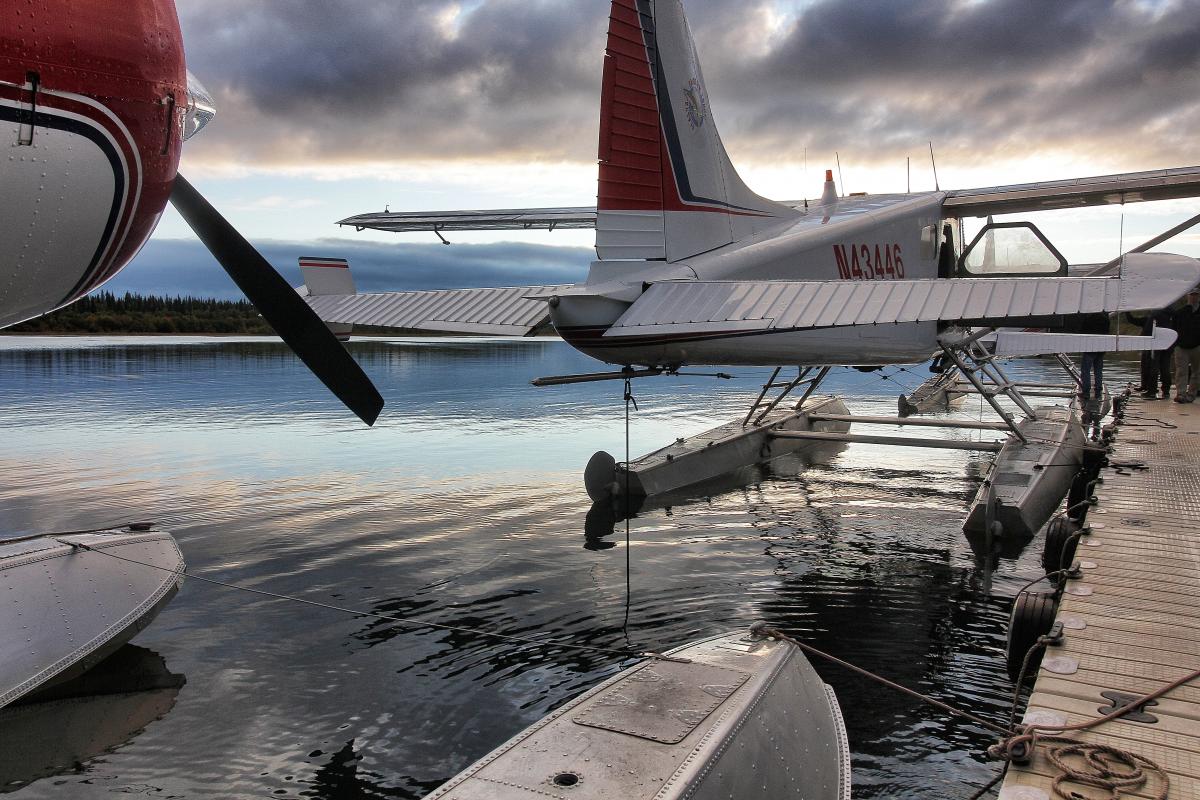 But we were now here and very eager to fish! The sockeye run was spectacular... record breaking this year, while the chum run was weak. How this would effect our fishing I did not know. Both species are crucial beacause...

Perhaps like no other species on earth and certainly like no other freshwater species, salmon transform their environment. In the air, in the water and on the land, animals from bacteria to apex predators owe their existence on these beautiful Alaskan rivers to the salmon’s compelling life story. After 2-5 years, depending on the species, of gorging and growing strong in the ocean something as strong as gravity itself begins to pull at the salmon. It is then that they leave the salt and begin their suicidal mission back literally to their childhood digs. Once they reentered freshwater, these salmon have sealed their fate. Guided by a mysterious mix of smell, polarized light and magnetic forces, salmon single-mindedly move back into the current of their birth. In the faster water, they fin upstream in long columns or as lonely singles and then join up to rest in the eddies. Day after day, they march on. This is their one and only chance to breed, and virtually nothing short of bear or fishermen’s net can stop them. 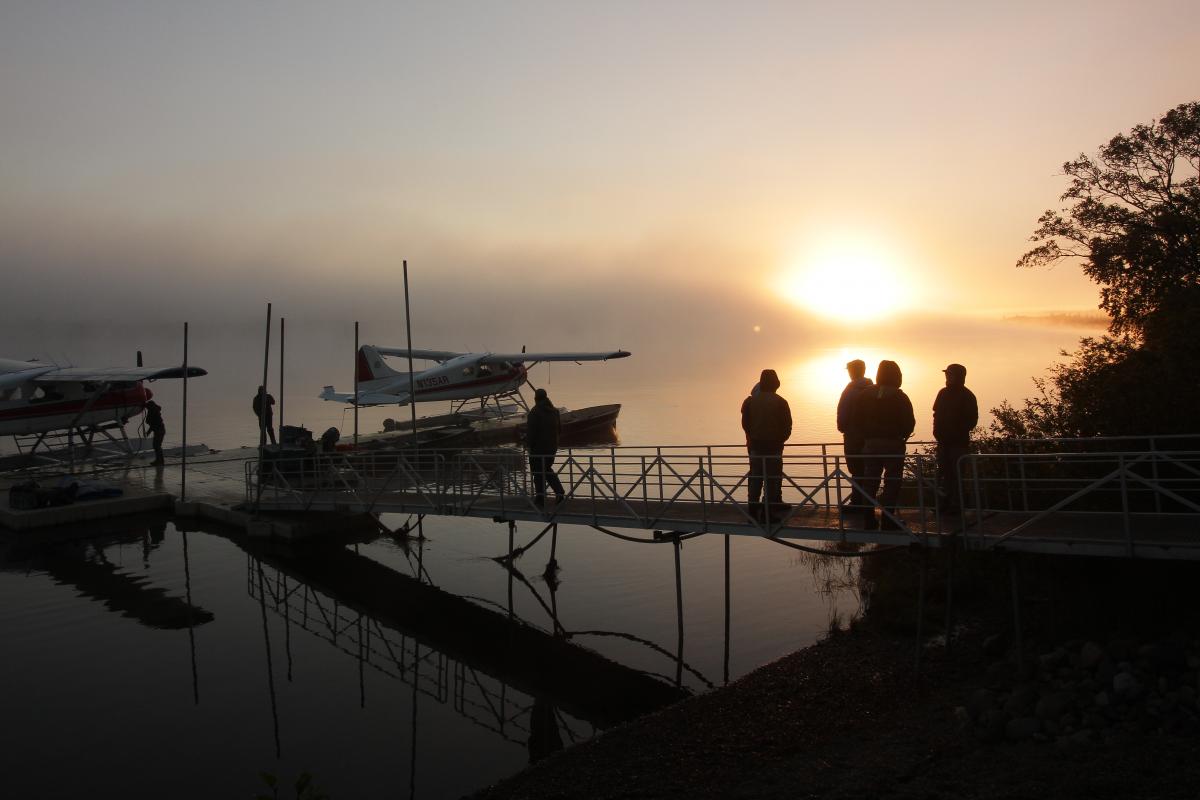 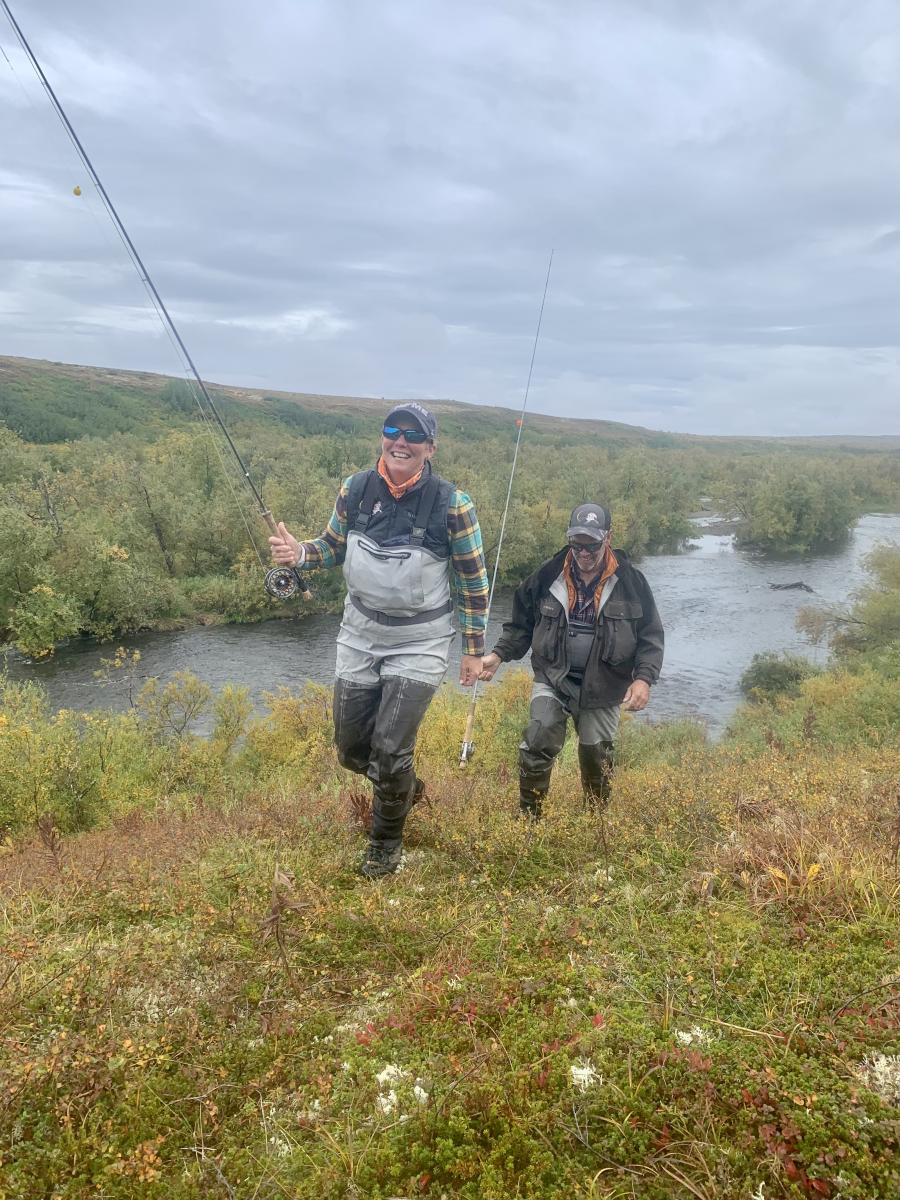 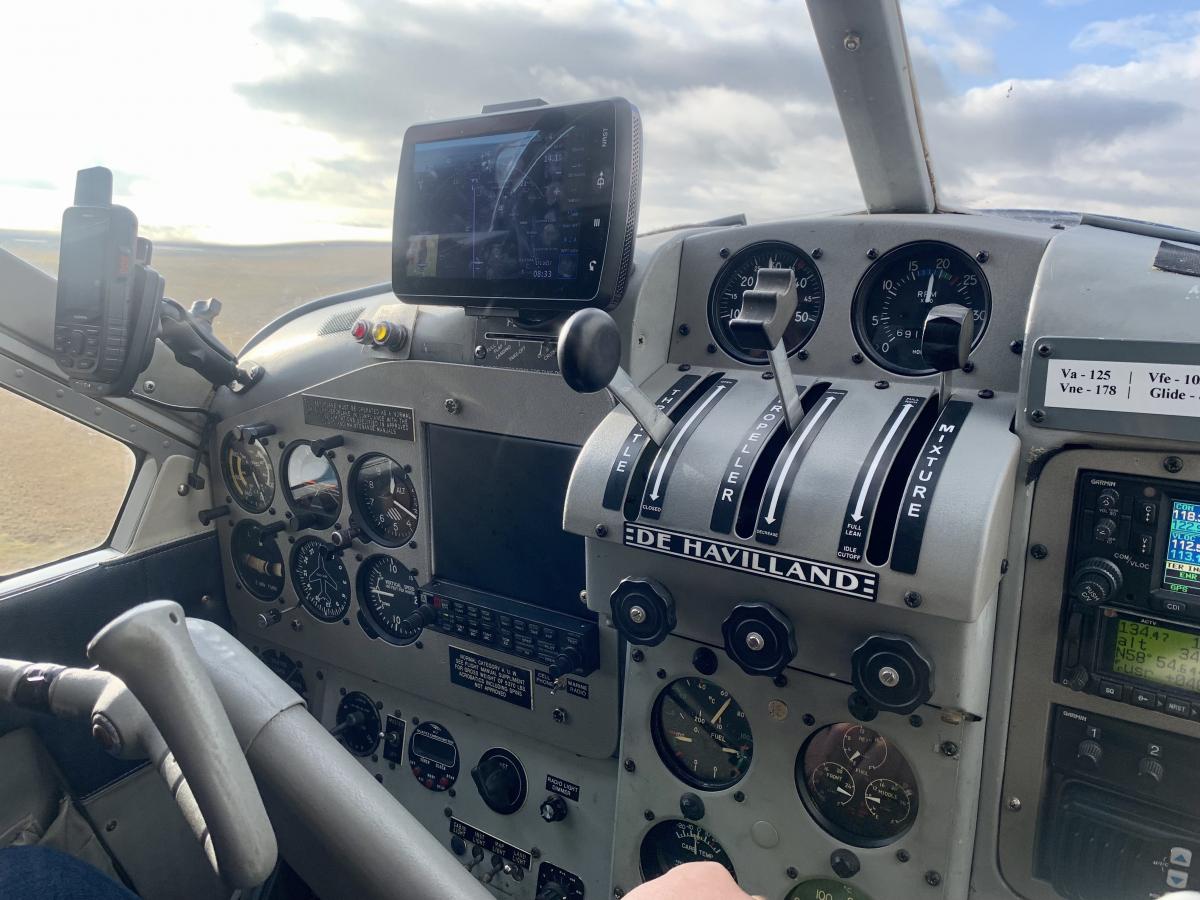 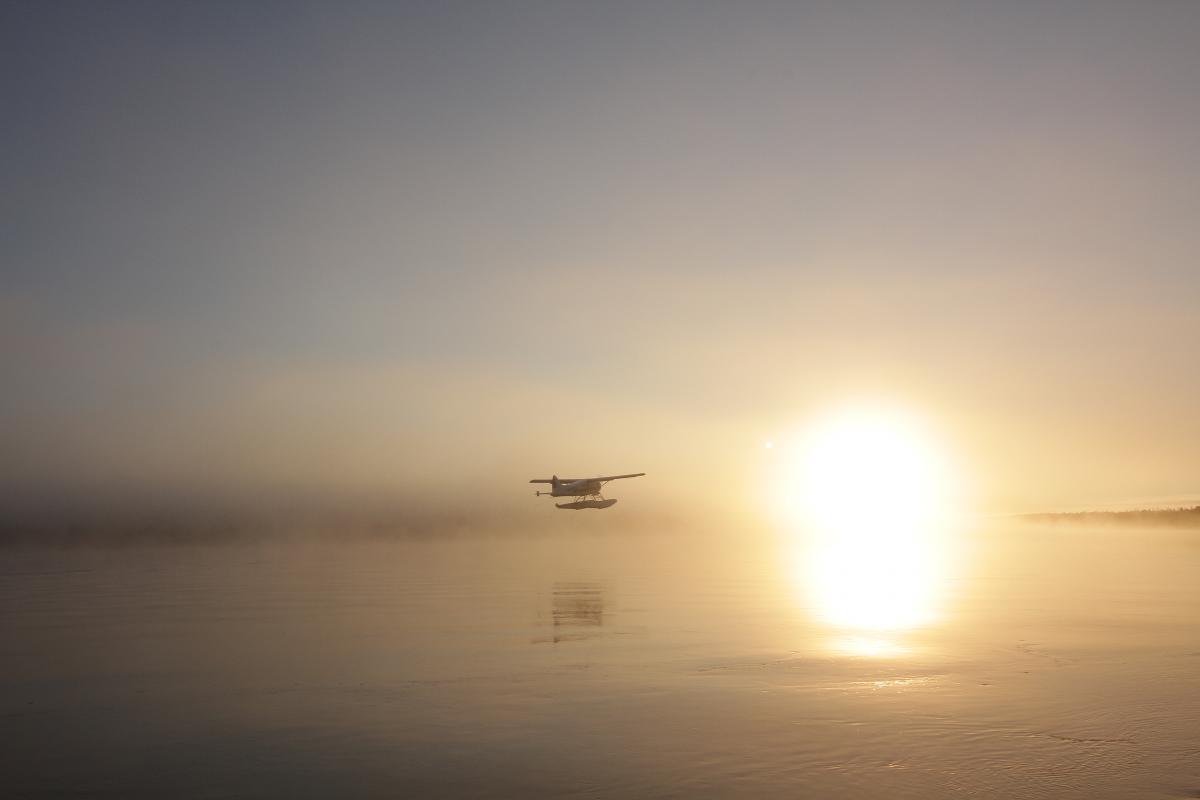 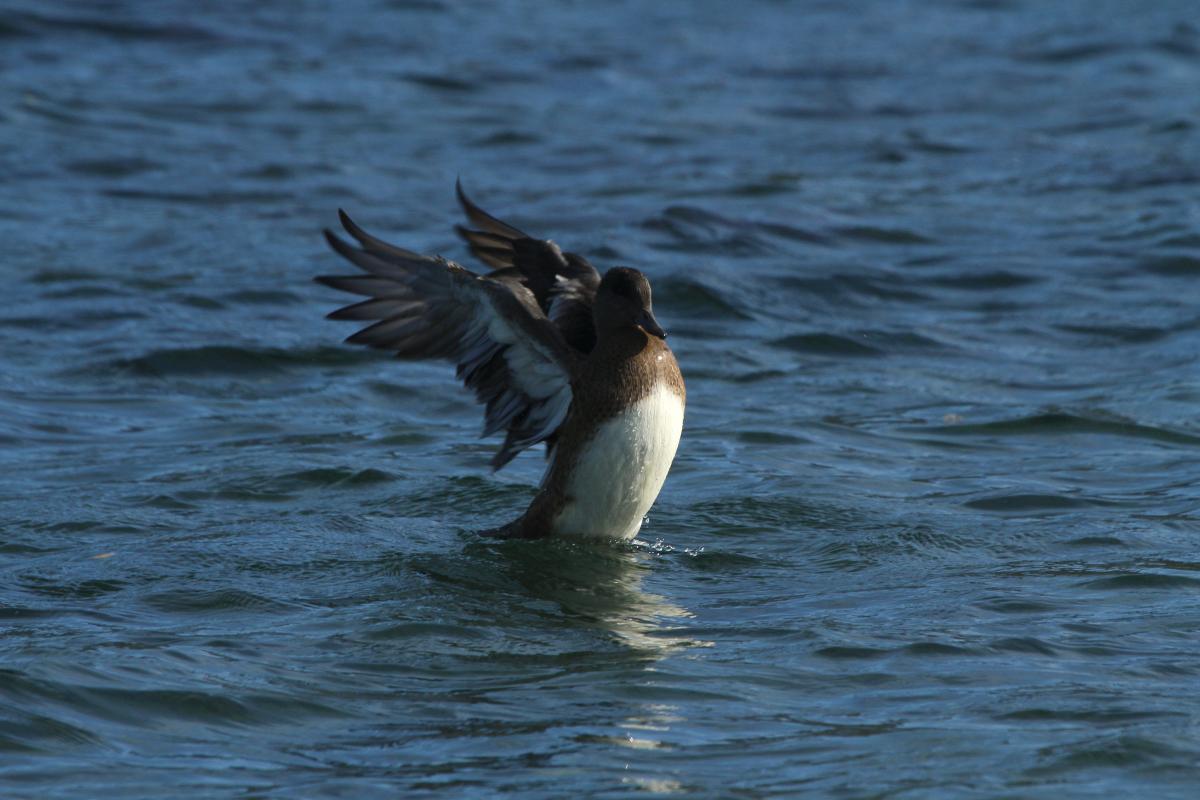 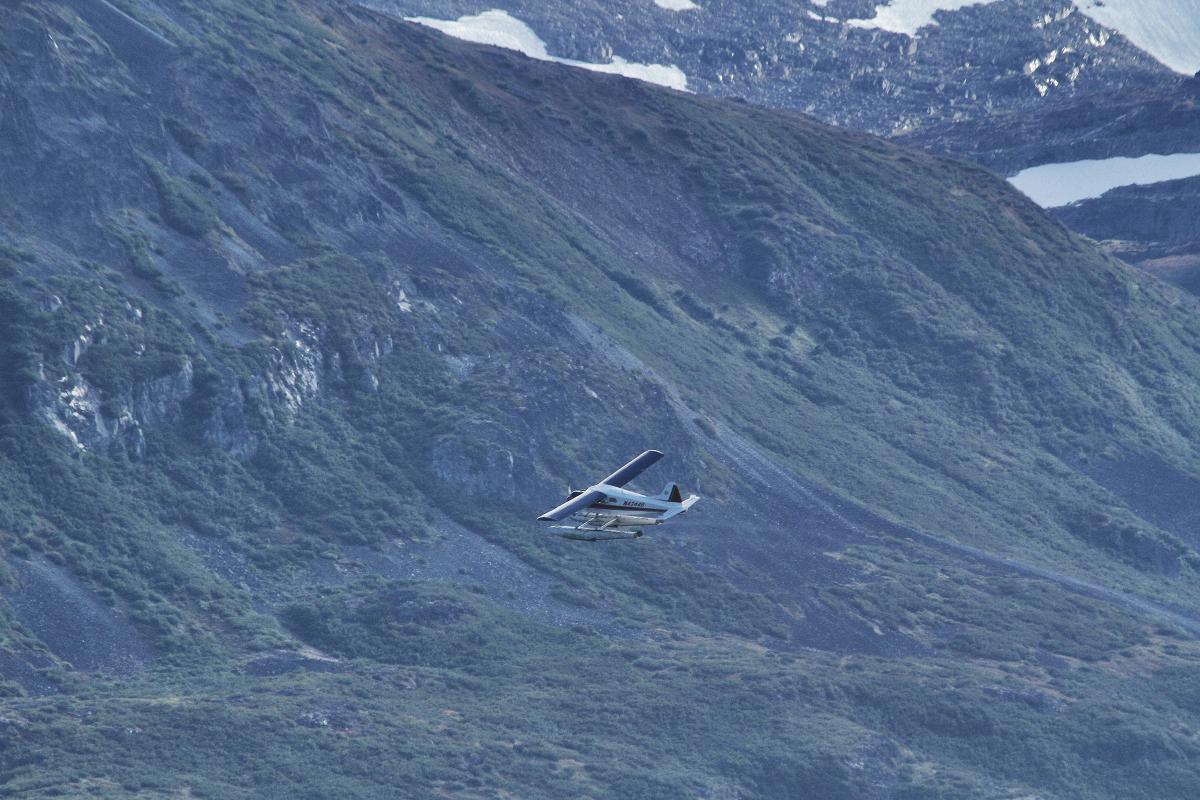 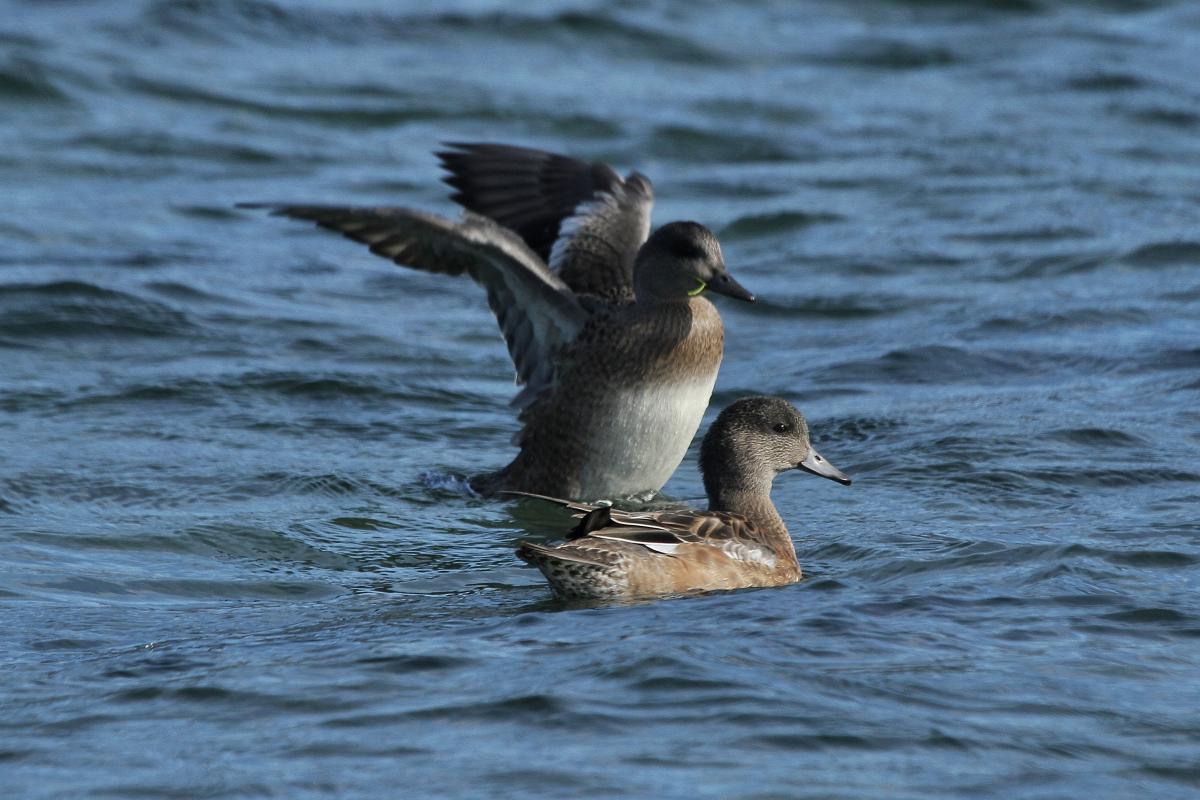 On their journey upstream, their bodies change dramatically. They go from bright and shiny strong to diseased and ghoulish in short order. It starts with a pale blush. In some species the male’s backs can hump-up and their jaws kype and become studded with menacing teeth. The females will devote 20% of their body mass to eggs. Neither sex will eat again once they begin their terminal plans upriver. On their journey, they will live on the fat stored in their flesh. The same fatty flesh so prized by chefs. By the time redds are dug, competitors and nest robbers are chased off and eggs are fertilized, salmon have gone from hydrodynamic silver rockets to grotesque red and green rotting hulks. They are now monsters and hardly recognizable from their oceanic form. At the end, with fins mutilated from battles and fungus rotting away at their skin, their death knell begins. Their corpses soon litter back eddies and beaches. The bears and wolverines now find easy pickings. 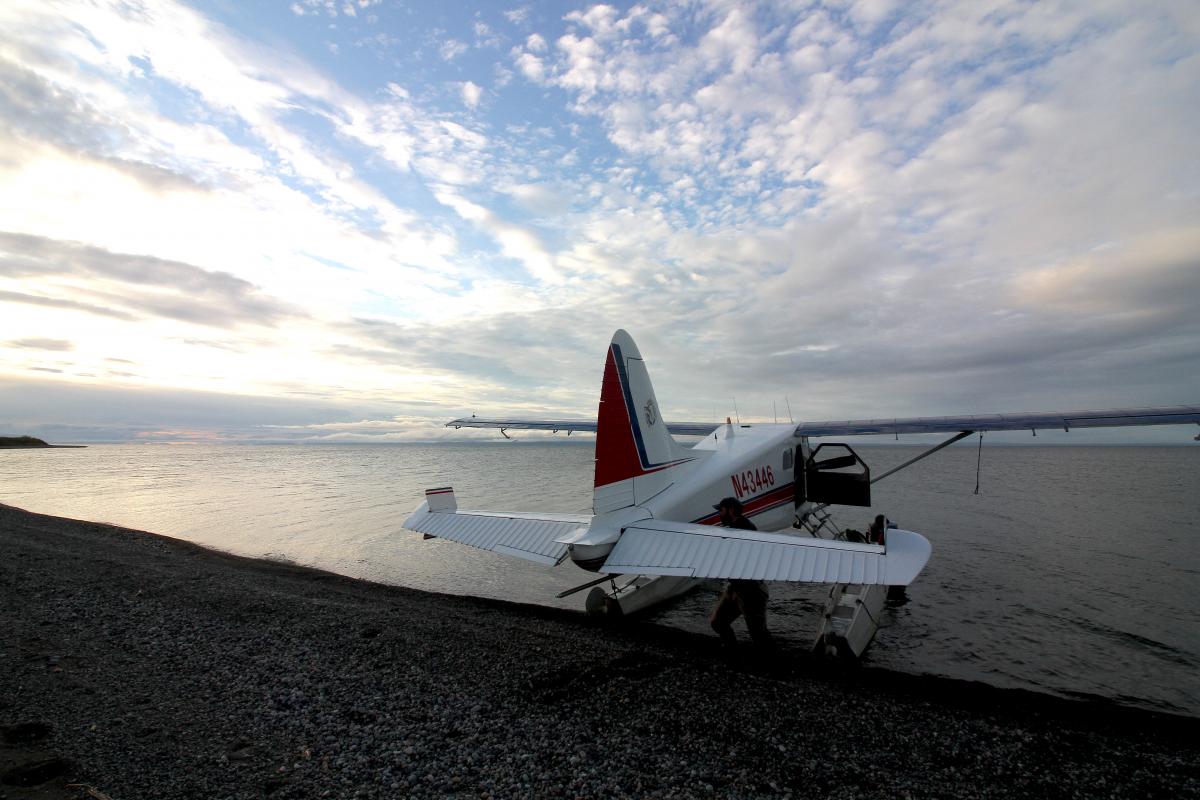 But there is another part to this upstream migration. Following in the parade’s wake are the species so prized by anglers. They come following the natural chum line of first salmon roe, then salmon flesh and finally the young salmon themselves. Arctic char, Dollie Varden, grayling and what we were there for, the rainbows. And by that I mean BIG rainbows. Bows's up to 30+ inches are caught every year in this area. There are two basic populationsa of rainbows in the greater Katmai area. I should mention before I go any further that in Alaska, rainbows are the real deal! This is their home range. There are no transplants or hybrids or hatchery fish on these rivers. These undiluted slabs of muscle are the strongest of the four species that follow the salmon upriver.

There are two basic populations of rainbows in the greater Katmai area: The classic, brightly colored and heavily spotted leopard rainbows that Alaska fishing is known for and the Lake Iliamna 'bows, that are like their sea-run cousins, the steelhead. These fish feed on smolt and lamprey eels then each June, migrate out of the lake and into many of the rivers and streams that feed and drain Iliamna. They reach a size consistently larger than found elsewhere. 24-28" fish are often caught by visiting anglers... and the Iliamna fish have another distinction. They are chrome and silver rockets. Strong as hell and, if not on their game, will eat up an angler.

What precceded and follows is a photo essay of our trip. It was great! I think everyone caught fish north of 25 inches. Not bad... not bad at all... 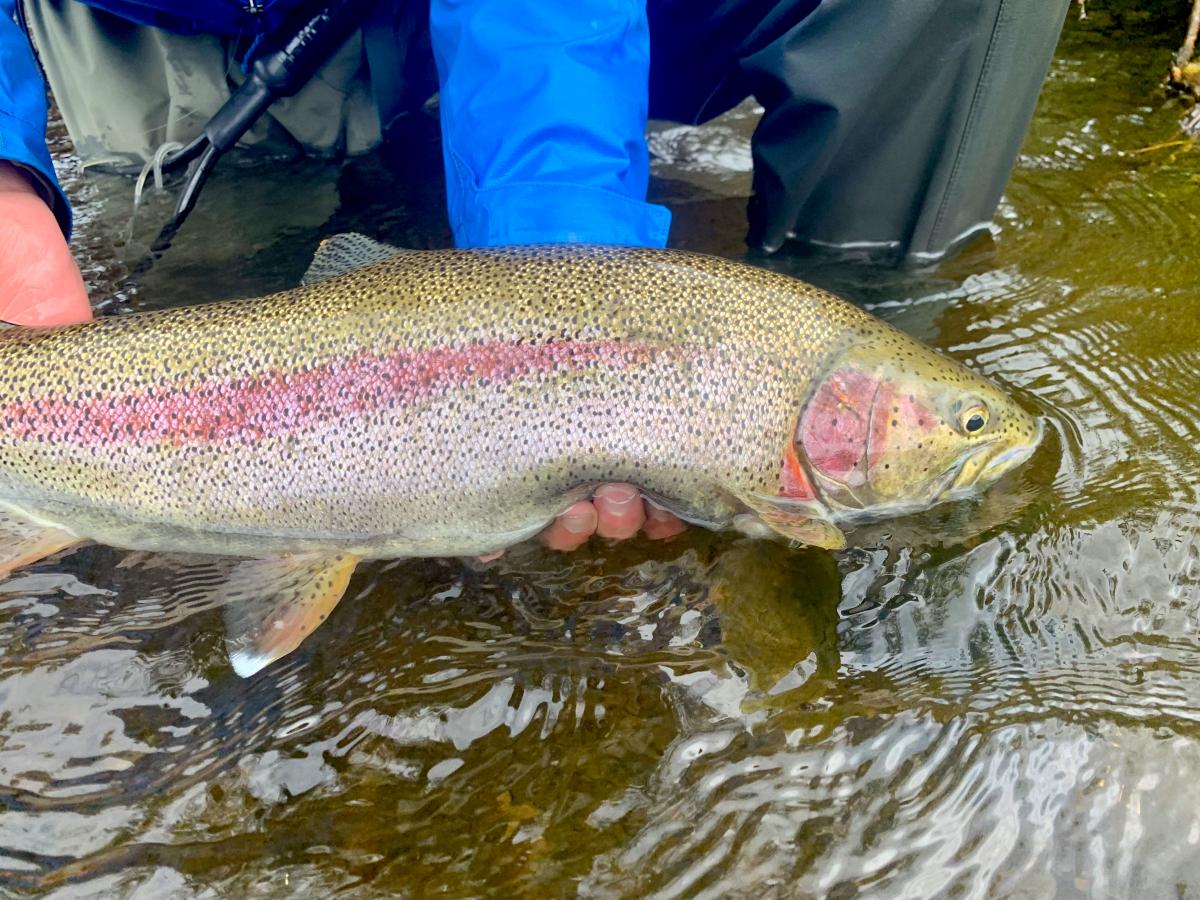 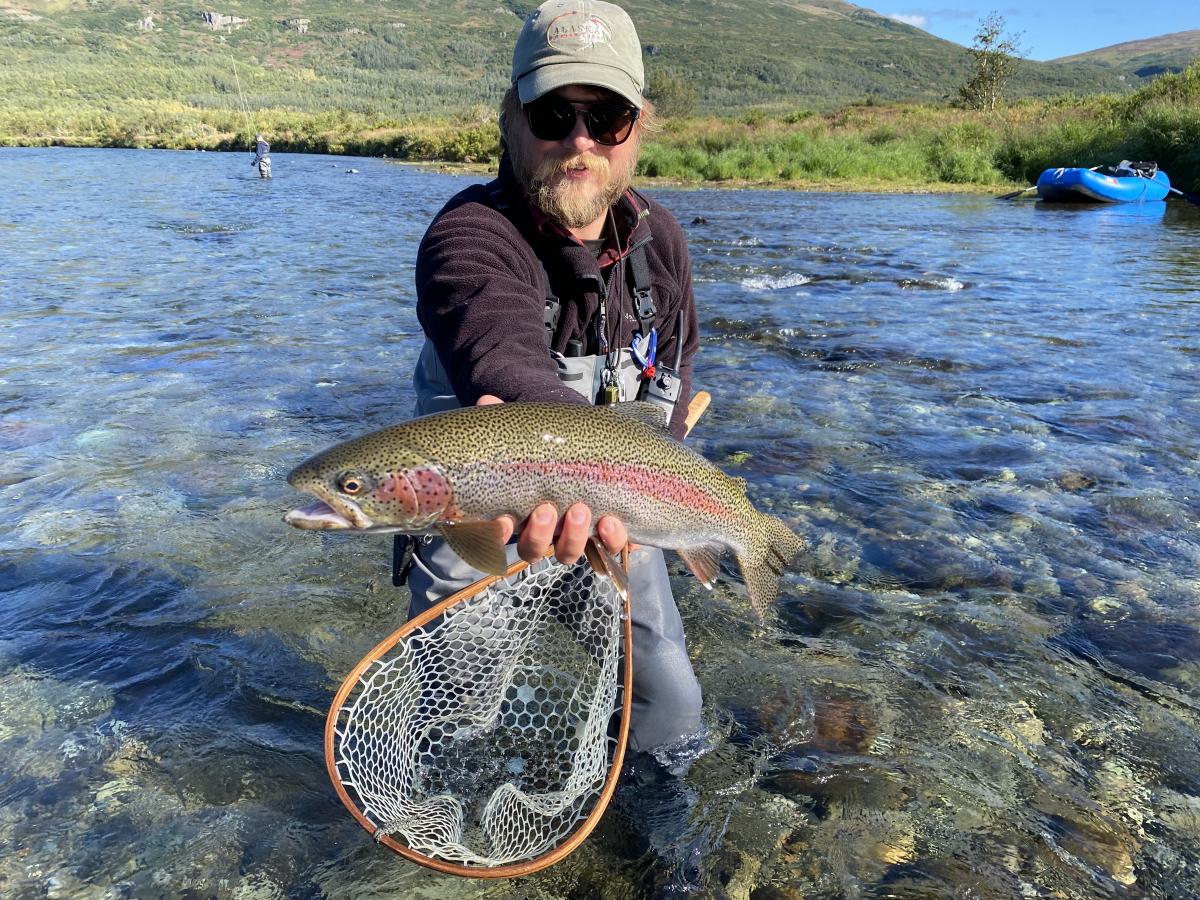 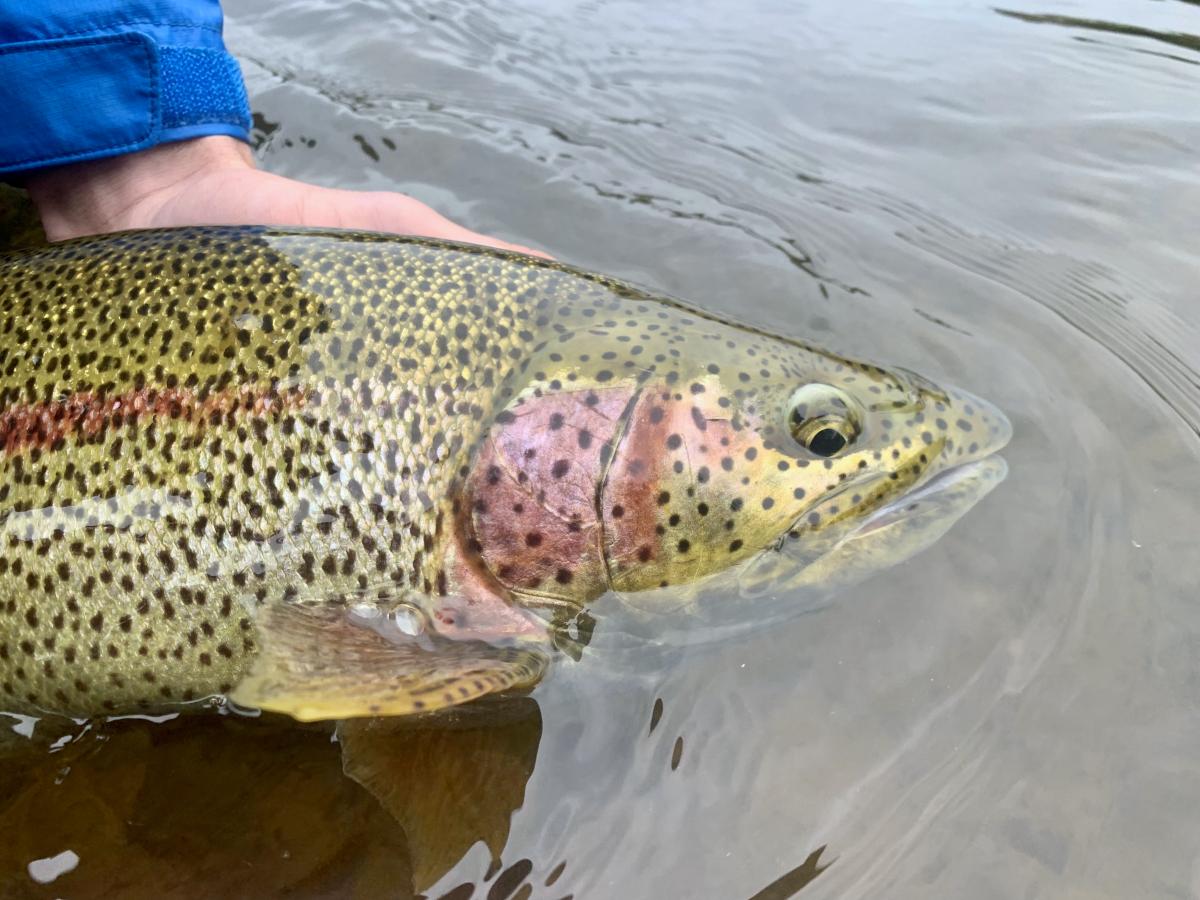 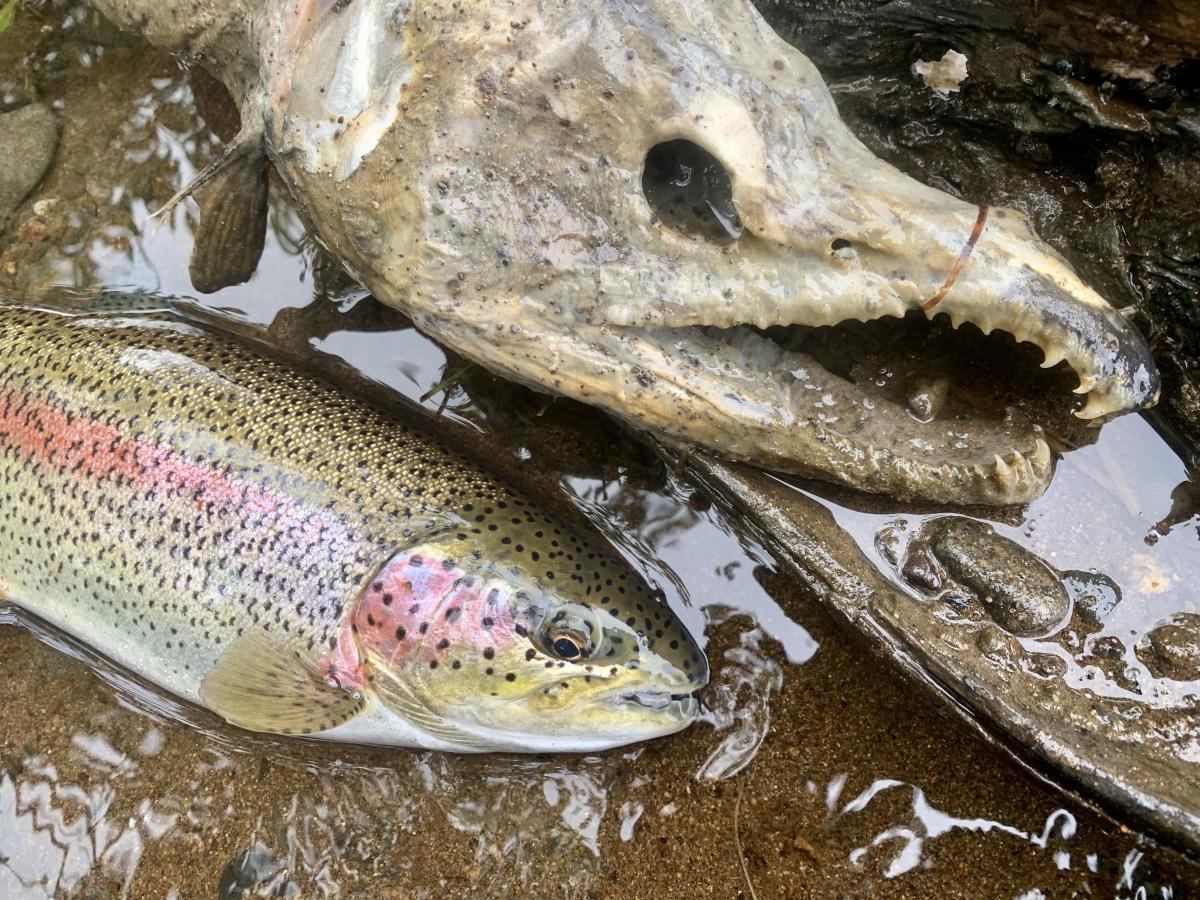 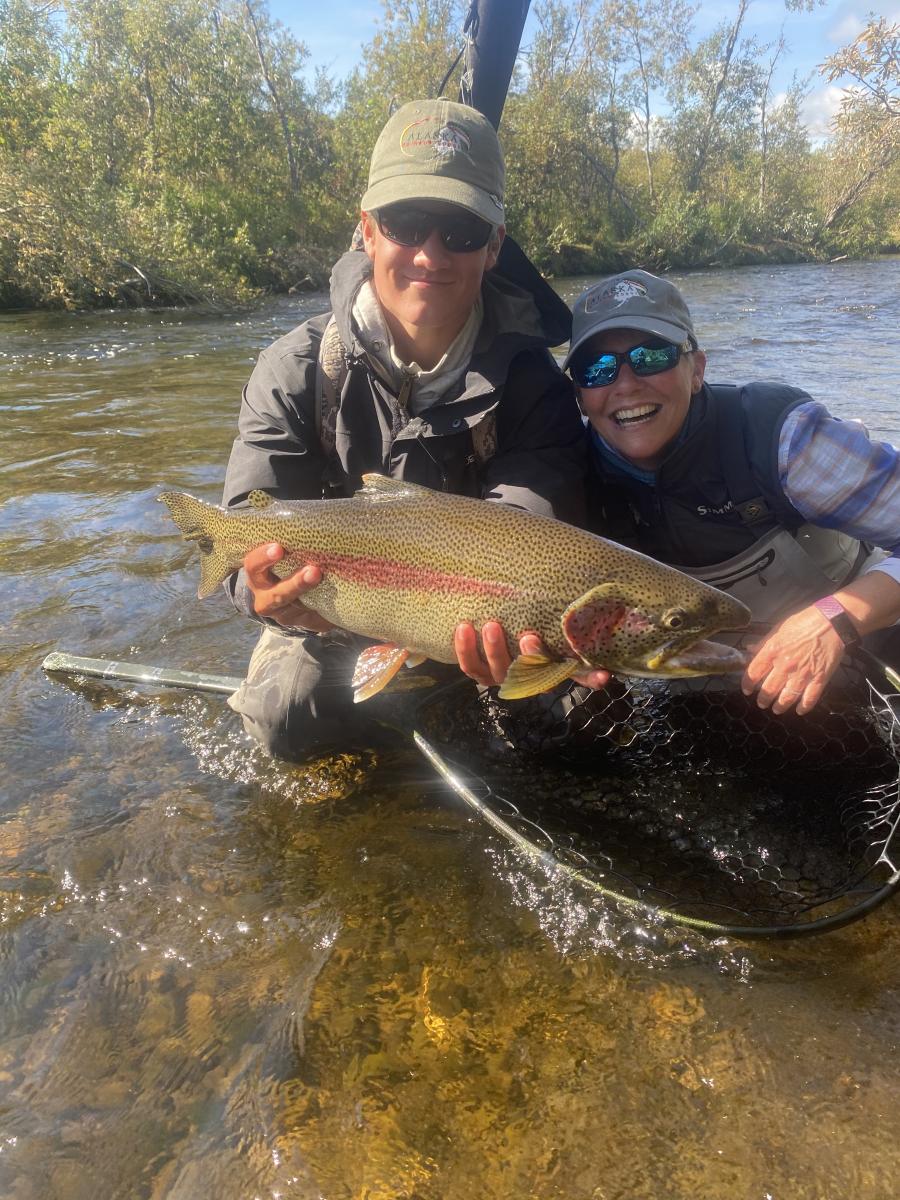 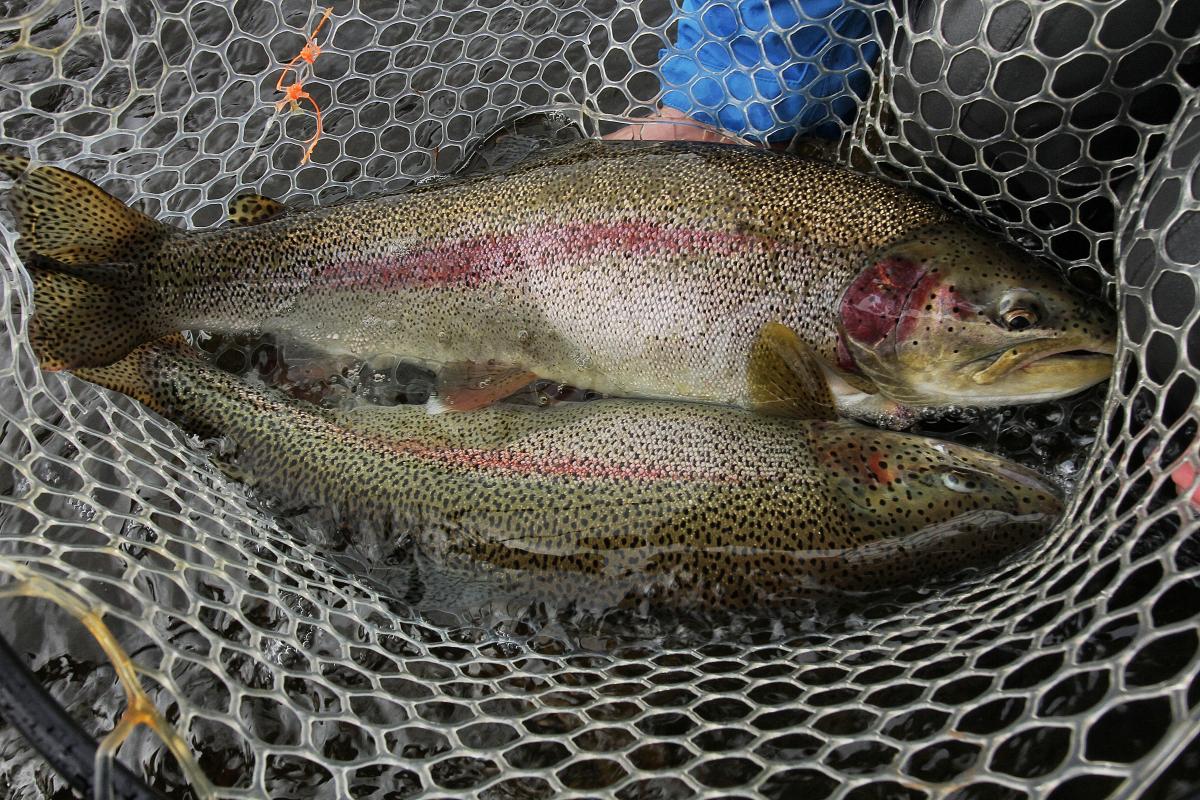 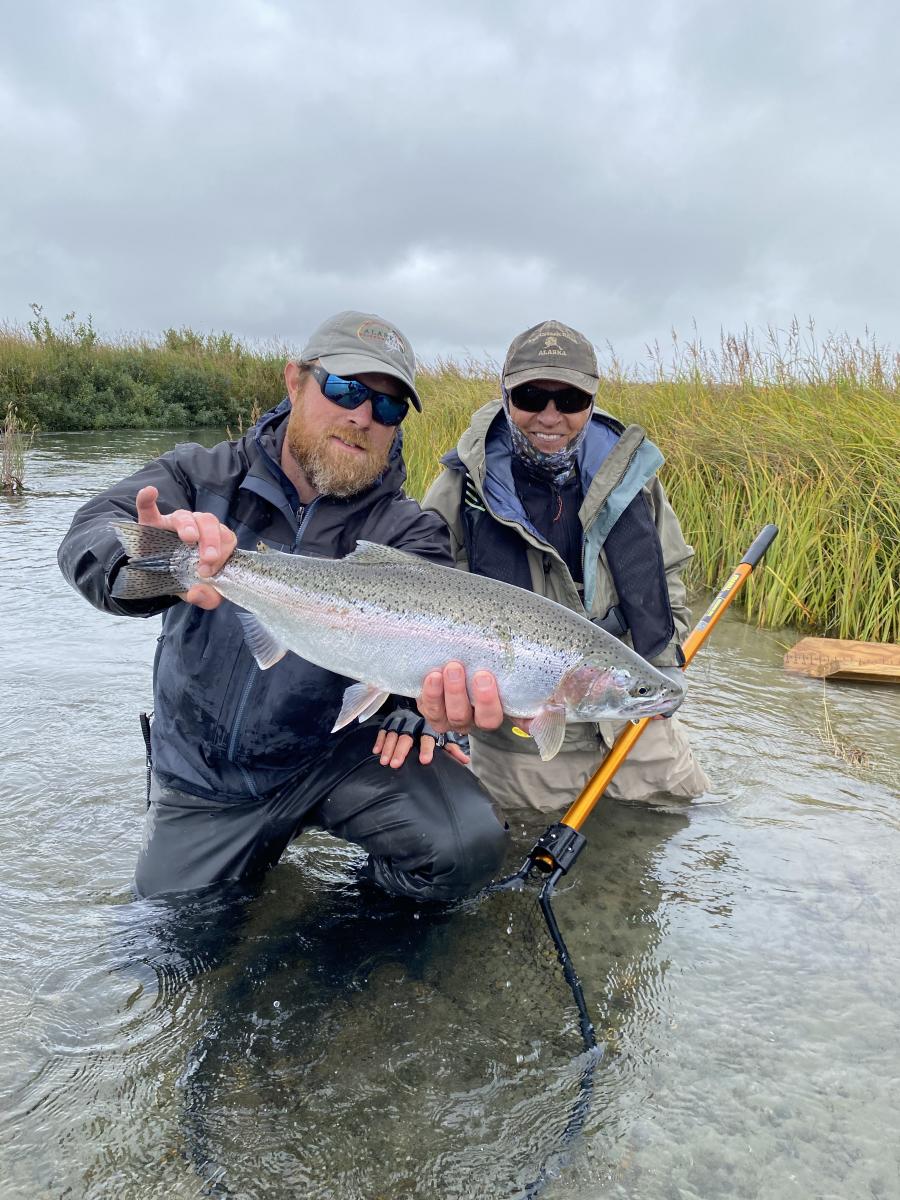 Next, the bears of Katmai.